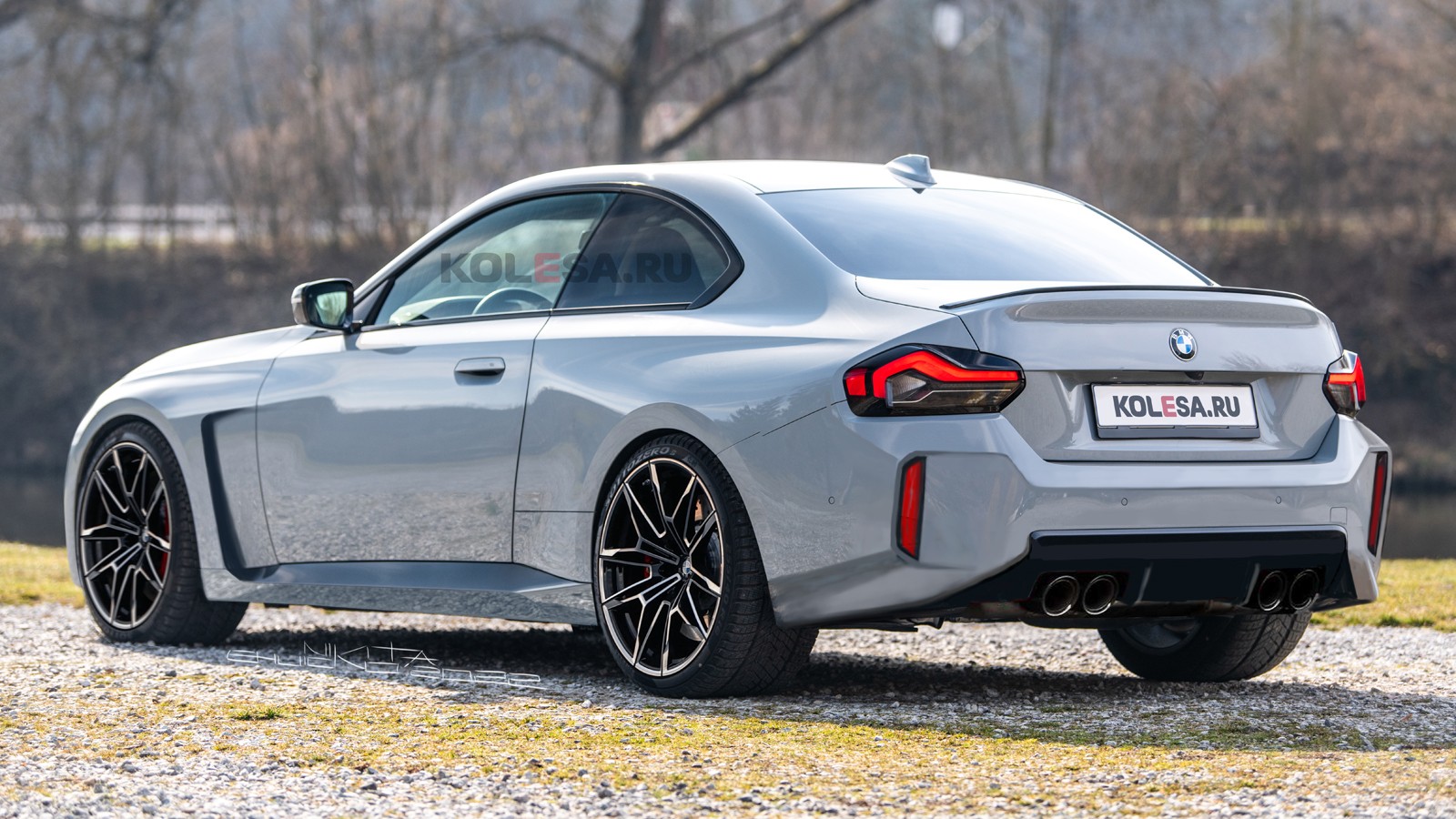 With the XM and Z4 LCI reveals in the rearview mirror, BMW is now preparing for its next big debut. Come October 12, the wraps are officially going to come off the M2. However, the hotly anticipated sports coupe devoid of any disguise has already made a few early appearances on social media. Case in point, a new image of a camo-free G87 is circulating on Instagram.

It appears to be the very same car we saw in previous leaks, presumably a near-production prototype. Series production at the San Luis Potosi plant in Mexico is expected to commence following next month’s big debut. If you’re wondering about the paint job, the pale blue solid shade could be the rumored Zandvoort Blue (C6E) inspired by the 2016 2002 Hommage concept.

Judging by the carbon fiber roof, we’re dealing with a high-specification M2 since the lightweight panel is going to cost extra. Chances are the black wheels measure 19 inches in the front and 20 inches in the rear considering BMW has already announced the alloys together with the brakes will be borrowed from the M4. The brakes are definitely not the carbon-ceramic kit taking into account that this upgrade won’t be available at launch.

Getting used to the square air intakes will take some time and it appears the kidney grille also has a more rectangular shape. Although we can’t see the back of the car, a teaser revealed BMW intends to sell the 2023 M2 with center-mounted quad exhaust tips from the M Performance Parts. We’ve seen this layout on the latest M3/M4 and is about to trickle down to the smallest M car in the lineup.

With the 2023 2 Series Coupe switching to iDrive 8, it shouldn’t come as a surprise the M2 is getting the side-by-side screens with BMW’s latest infotainment tech. You can already see the back of the dual displays inside a cabin hosting sporty seats with greater lateral support. Speaking of which, those appear to be the standard M Sport seats, but optional carbon bucket seats lifted from the M4 have been confirmed.

A recent leak indicates the US-spec M2 will have precisely 453 horsepower from its detuned S58 engine sourced from the M4. The turbocharged inline-six will work with both manual and automatic transmissions tasked to send power to the rear wheels. An internal document emerged earlier this year, suggesting an xDrive derivative could happen, but our sources have told us it hasn’t been decided.