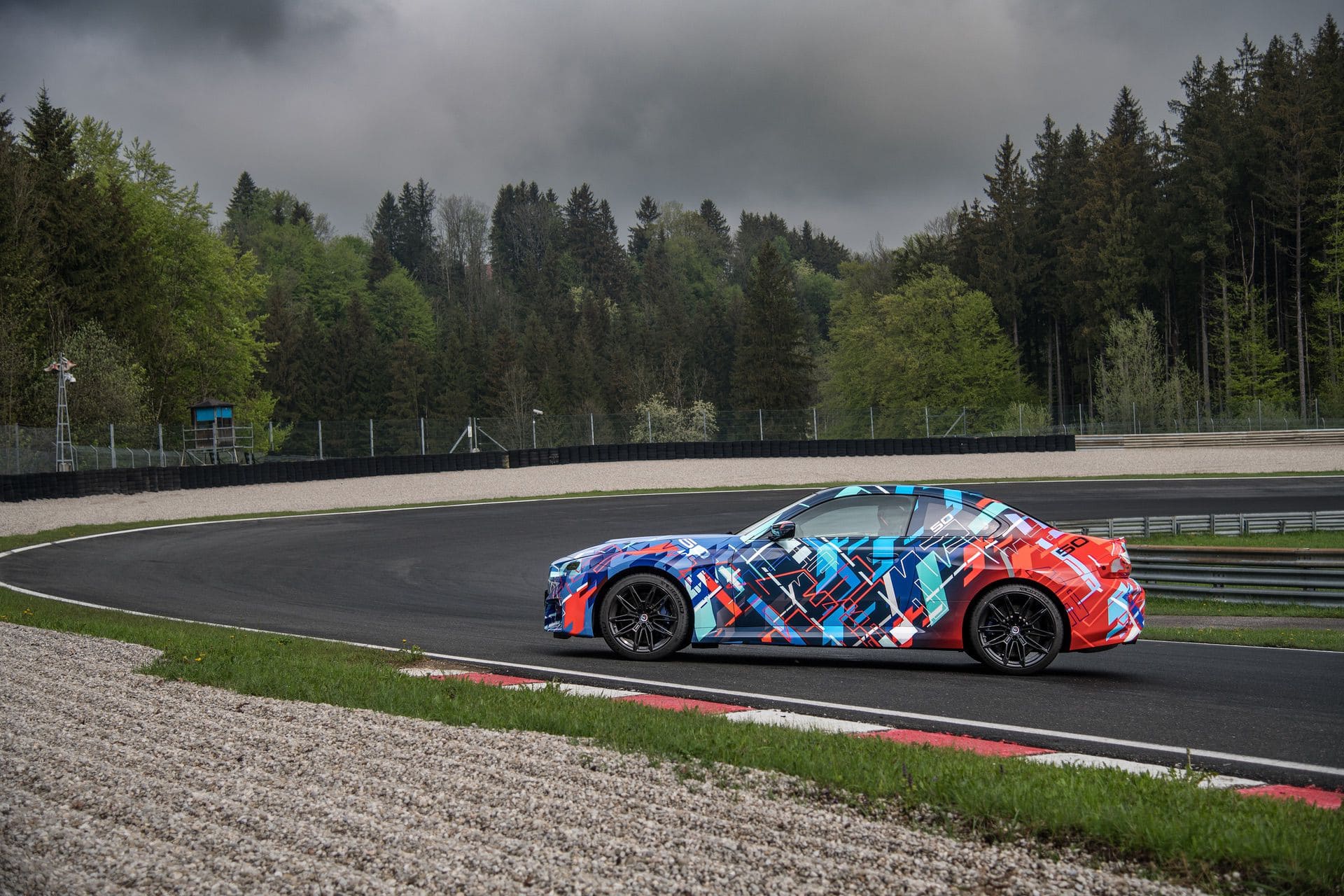 The new M2 won’t debut until October 11, but it looks like someone close to BMW has decided to pretty much render the teaser campaign useless by publishing fully revealing images of the sports coupe. It was only yesterday when we saw the G87 from the front and rear and now the time has come to check out its side profile. As with the previous images, the car is painted in what is believed to be Zandvoort Blue (C6E), a pale blue solid shade reminiscent of the 2002 Hommage concept from 2016.

The car featured here is presumably a pre-production prototype we’ll see in the official press images when the 2023 M2 will premiere next month. It has the optional carbon fiber roof and those black wheels likely measure 19 inches front and 20 inches rear since BMW has said they’ll be carried over from the M4.  The braking system is also sourced from its big brother, but there won’t be an option for a carbon-ceramic kit, at least not at first.

Although the image quality is not the greatest, it’s fairly easy to see the M2 is wider than the M240i courtesy of fender flares. To be manufactured exclusively in Mexico at the San Luis Potosi Plant, the last series production M car with a pure ICE setup is missing the 50 years of M anniversary emblems. A subtle trunk lid spoiler is noticeable and it looks as though the interior is black.

Earlier this week, an internal document emerged to reveal the US-spec model will make precisely 453 horsepower from its twin-turbo, inline-six S58 engine sourced from the M3/M4 and X3 M / X4 M. BMW has promised to sell the new M2 with both a six-speed manual and an eight-speed automatic sending power to the rear wheels. An xDrive model is reportedly under consideration, but a final decision has yet to be made.

It goes without saying at least one hotter derivative will arrive later in the life cycle, either a CS or a full-blown CSL with more power and less weight. Meanwhile, the standard M2 will offer a lot of goodies, including a standard M Adaptive suspension like the previous M2 CS F87 used to have. The car’s weight will be somewhere between the previous-generation model and the M4 while having a shorter wheelbase than the latter.

When the G87 does finally debut, expect an array of M Performance Parts varying from carbon upgrades and rear wing to a quad exhaust with center-mounted tips and interior enhancements.