With deliveries of the M4 CSL underway, more and more owners are taking to YouTube to share videos of the Competition Sport Lightweight. These give us a better understanding of what the hardcore coupe is capable of, especially in terms of acceleration when pushed hard on a section of the Autobahn with no speed limits.

A new video focuses on the digital driver’s display to show how fast the third-ever CSL model is from 80 km/h (50 mph) in third gear all the way up to a top speed of 311 km/h (193 mph) in seventh. Fun fact – the maximum velocity is slightly higher than the electronically governed 307 km/h (191 mph) quoted by BMW in the press release.

The uprated S58 engine, now making an additional 40 horsepower compared to the M4 Competition, is a perfect match for the CSL, especially after the special edition lost 100 kg. The twin-turbo 3.0-liter pulls strongly throughout the rpm range, delivering some of the best performance we’ve ever seen in a six-cylinder car. This real-life test showed a sprint from 62 to 124 mph (100 to 200 km/h) in 6.7 seconds. 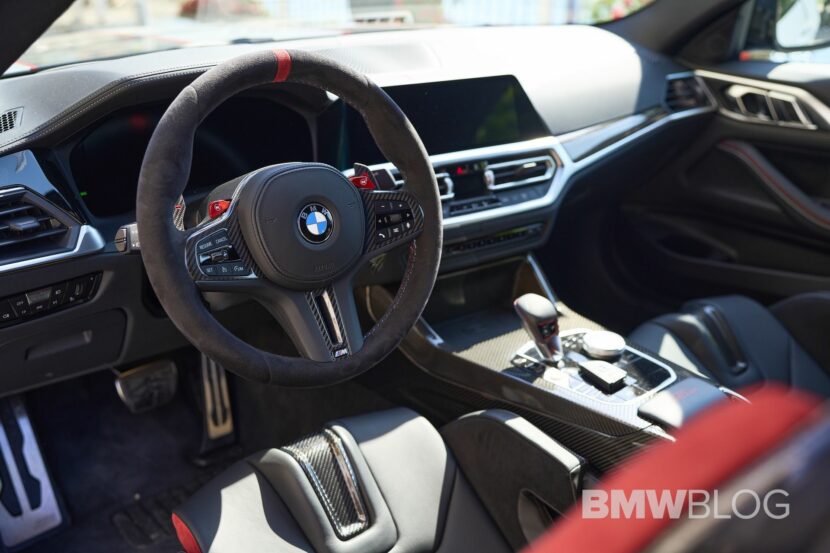 With a time of 7 minutes and 20.207 seconds, the M4 CSL is the fastest production BMW around the Nürburgring. You are sacrificing some of the practicality for this level of performance as the quest to shave off weight meant taking out the rear seats. For maximum practicality with similar hardware and xDrive, the M division finally has an M3 Touring.

The M4 CSL is currently the inline-six king in BMW’s range, but not for long. Following the world premieres of the XM next week and M2 in the first half of October, a modern-day equivalent of the 3.0 CSL will debut before the year’s end. It’ll be based on this car, but with slightly more power, a manual gearbox, and a completely reworked body paying tribute to the original CSL E9.