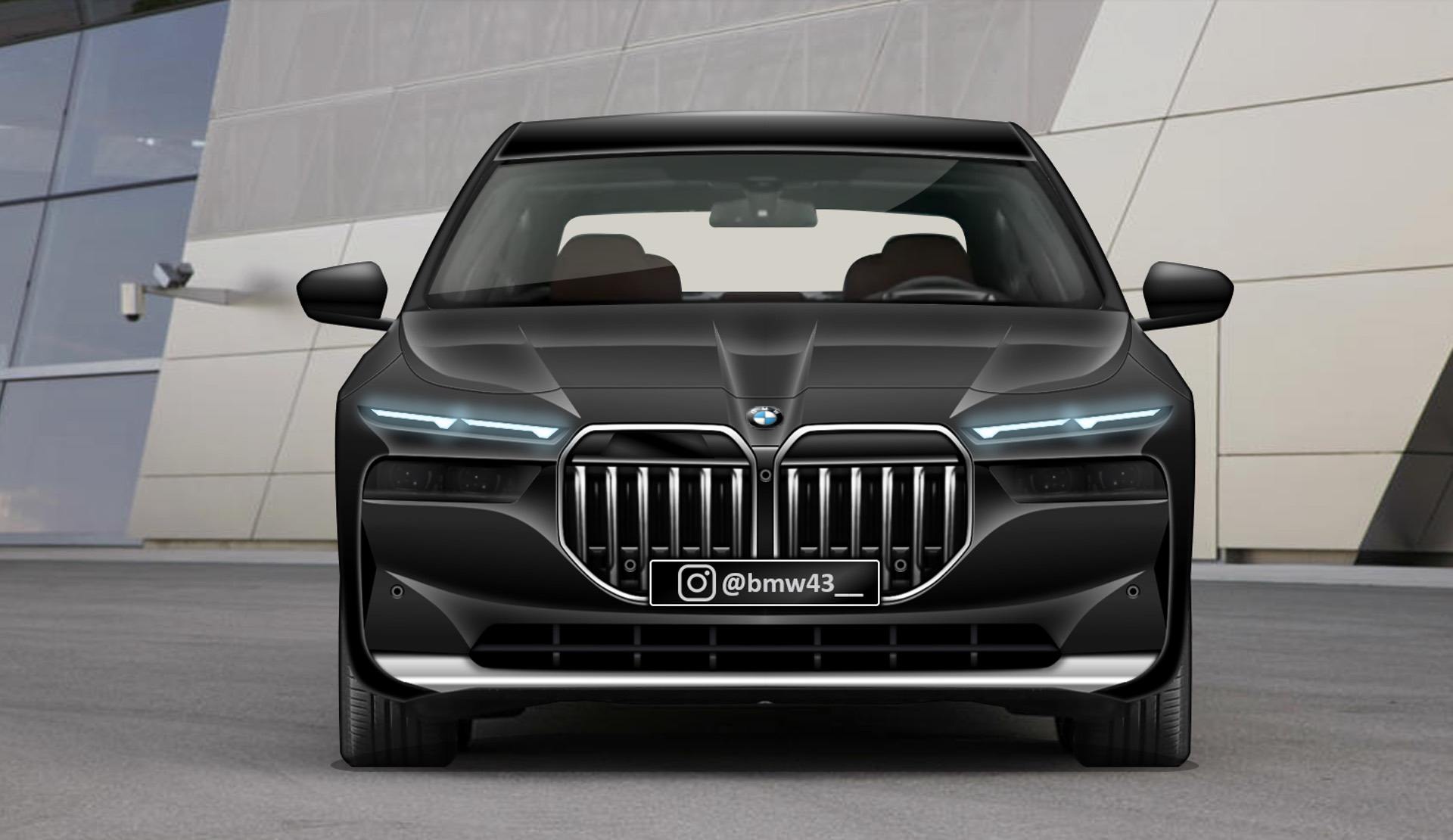 There is very little doubt that the next generation BMW 7 Series will be a significant step forward for the design team in Munich. The project kicked off under the former BMW Chief of Design Jozef Kaban and  continued under the guidance of Domagoj Dukec, the current design boss. From the early days of sketching, the idea behind the new 7 Series was the following: to create a unique design language for the flagship model in contrast to the “safe design” of the current generation.

So the new 2023 BMW 7 Series will continue down the same path. We’ve already seen several spy photos that revealed enough details to support this theory. And one element that will immediately stand out on the G70 generation is the split headlight. The rendering below builds upon the aforementioned spy photos and attempt to recreate the front-end of the 7 Series.

One of those tech revolutions revolves around electrification. For the first time ever, the 7 Series luxury limousine will feature a fully-electric model. There have been multiple reports in the last two years about the first full-electric Bimmer luxury sedan. Dubbed i7 and expected for debut somewhere in 2023, the new electric 7 Series model will boast an output of at least 484 kW/650 hp, according to latest information.

However, one must take the latest rumors with a grain of salt given the fact they are officially confirmed by BMW. There have previously circulated reports indicating that the forthcoming i7 would be good for 670 hp or even 700 hp. Fact is, the only detail that seems to remain unchanged over time is related to the battery capacity to be installed on the i7 M60 range-topping variant: 120 kWh.

It is is somehow intuitive that other and less powerful versions of the i7 are also on the way, with less battery capacity (from 80 kWh to 100 kWh). As the M60 model is reportedly replacing the phased-out M760i V12-powered models, it will also receive an all-wheel drive component.

Though there’s barely anything to see through the window of current test mules, we can make out the new BMW iX-style iDrive/driver’s display screens. It’s not surprising to see iX tech make its way to the 7 Series, as it’d be weird if the cheaper iX had better tech than the next-gen 7er.

It doesn’t seem as if this new 7 Series has the same hexagonal steering wheel as the iX, as the rim seems rounded at the top, but the center airbag does look like the iX’s, so we’re wondering if it will have the same inner design as the iX’s wheel. Either way, we hope a lot of the same design from the iX makes its way to the 7 Series, as the iX xDrive50 we sat in had the best BMW interior in recent memory.