One of the biggest questions surrounding the upcoming BMW 7 Series revolves around its exterior design. This has been a pressing issue lately, causing millions of people to argue mostly online about the design direction BMW is heading. The 7 Series is a very important car in this regard because BMW uses its flagship to point into the direction other cars will follow after its launch. Therefore, there’s a lot hanging in the balance here.

The first prototypes of the upcoming 7 Series we’ve seen out and about, testing on the Nurburgring and in other places, were seemingly sporting some very interesting design choices. Just like on the upcoming X8, the prototypes seemed to sport a split headlight design up front, something that definitely took some people by surprise. Sure, this wouldn’t be the first time BMW did this, the most famous such design being the original 8 Series, but it’s still a pretty big departure from what we’ve seen so far. 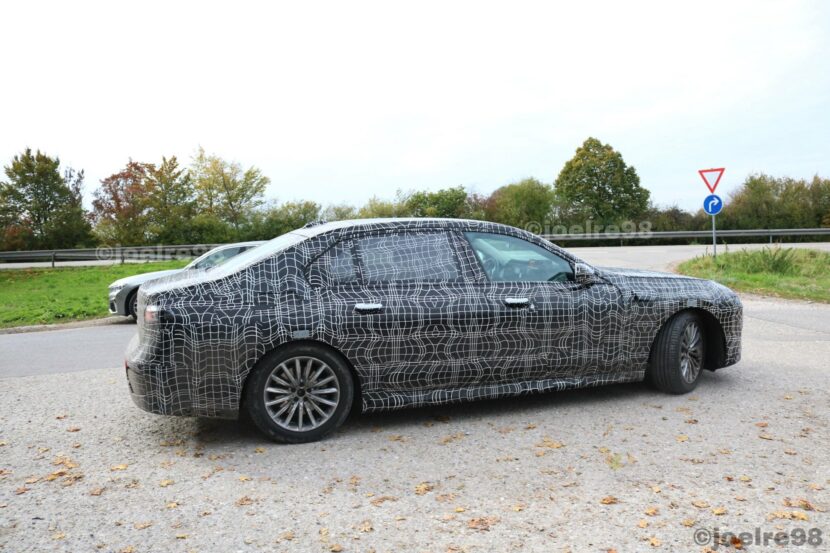 The car in the video below is still pretty heavily camouflaged and we can’t really make out any details. It looks a bit different than the ones we’ve seen before, with the lights grouped together on the front fascia and clearly not in the final shape. The entire front end seems to be a bit bulky but that’s normal on prototypes that normally wear a lot of plastic cladding to hide the final shape of the car.

We’re still pretty far off from seeing the new 7 Series in the metal though and a lot could happen in the meantime. One thing’s for sure: the final design has already been agreed upon in the management rooms and anything that could change might have to do with some legislation requirements. Other than that, let’s hope for the best.

As for the powertrain and technology options, expect to see a wide range of hybrids as well as fully electric versions. BMW already confirmed that the upcoming 7 Series will also get fully electric alternatives, most likely named i7. They will have similar specs as the iX model, namely up to and over 100 kWh batteries, over 300 horsepower and an expected range of around 300 miles on average. The G70 7 Series generation will enter production in July 2022.