The abrupt and unexpected departure of the talented and highly appreciated BMW Head of Design Karim Habib has left a void in the design team in Munich. Habib is highly esteemed in the design circles and within the BMW design team, and has been a tremendous inspiration for many young designers at BMW, so his departure came as a shock. The reasons behind his departure are still a taboo subject in Munich and not the subject of this article today. 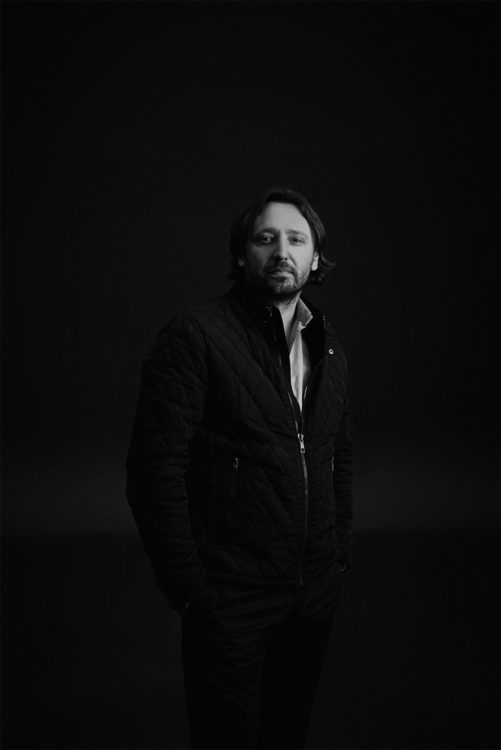 A month after his leave in January 2017, BMW has issued a press statement welcoming their new Chief of Design – Slovakia-born Jozef Kaban. Kaban made a name for himself early when he designed the Bugatti Veyron while still in his 20s. He was named chief of Skoda design at 35 after being head of exterior design at sister brand Audi.

This is the first time Kaban leaves the VW Group. For twenty years he worked in Wolfsburg, his first models were VW Lupo and Seat Arosa, but without a doubt, his masterpiece is the Bugatti Veyron design. Kaban was also responsible for the Vision C Concept and the well-rated new Skoda Kodiaq and Karoq SUVs.

In an interview with DriveMag earlier this year, Kaban was asked how difficult it is to go from designing a $1,500,000 car, the Bugatti Veyron, or head the design of a volume brand like Skoda.

“His answer was simple: when he designed for Audi and Bugatti, he had fewer constraints and his main drive was to create a dream car, something that will be cherished and met with awe. Designing for Škoda meant he had to adapt to severe cost limits and do his best while thinking about how to charm the common man. Finding inspiration in Bohemian crystals, for example, and bringing a touch of passion to a brand that is all about practicality.”

Kaban’s departure from VW Group was also unexpected, explained mostly by the gap in employment between February 2017 and October 1, which was Kaban’s first day in Munich. Likely a non-compete clause in his contract delayed the beginning of his tenure at BMW, but that’s not something we could precisely confirm.

Many people we spoke with at the Frankfurt Motor Show have referred to Kaban as a visionary designer rather than a conservative one, so his arrival at BMW might be exactly what the brand needs in the next decade. BMW’s designs in the last years have been often labeled as being too conservative and not revolutionary – with a few exceptions in regards to BMW Concept cars.

Yet, our sources say that in the next three years, the brand will once again deliver some emotional designs that aim to create a clear distinction and identity between different models. Our sources say that we will be pleasantly surprised. Habib will receive credit for those next models.

Kaban’s first design ideas will likely see the light of day in the next generation 5 and 7 Series, which are just getting started in Munich. Without a doubt, we will also see his visionary influence in future concept cars and potentially niche models which are still in the planning stages.

The design team continues to report to Adrian Van Hooydonk – in charge of BMW, MINI and Rolls-Royce design – but the arrival of Kaban, who will team up with another talented and visionary designer – Domagoj Dukec, Head of BMW i and M Design, will give BMW some new and fresh ideas that hopefully will spawn some exciting projects for BMW customers. And maybe that true BMW supercar we’ve been dreaming of.