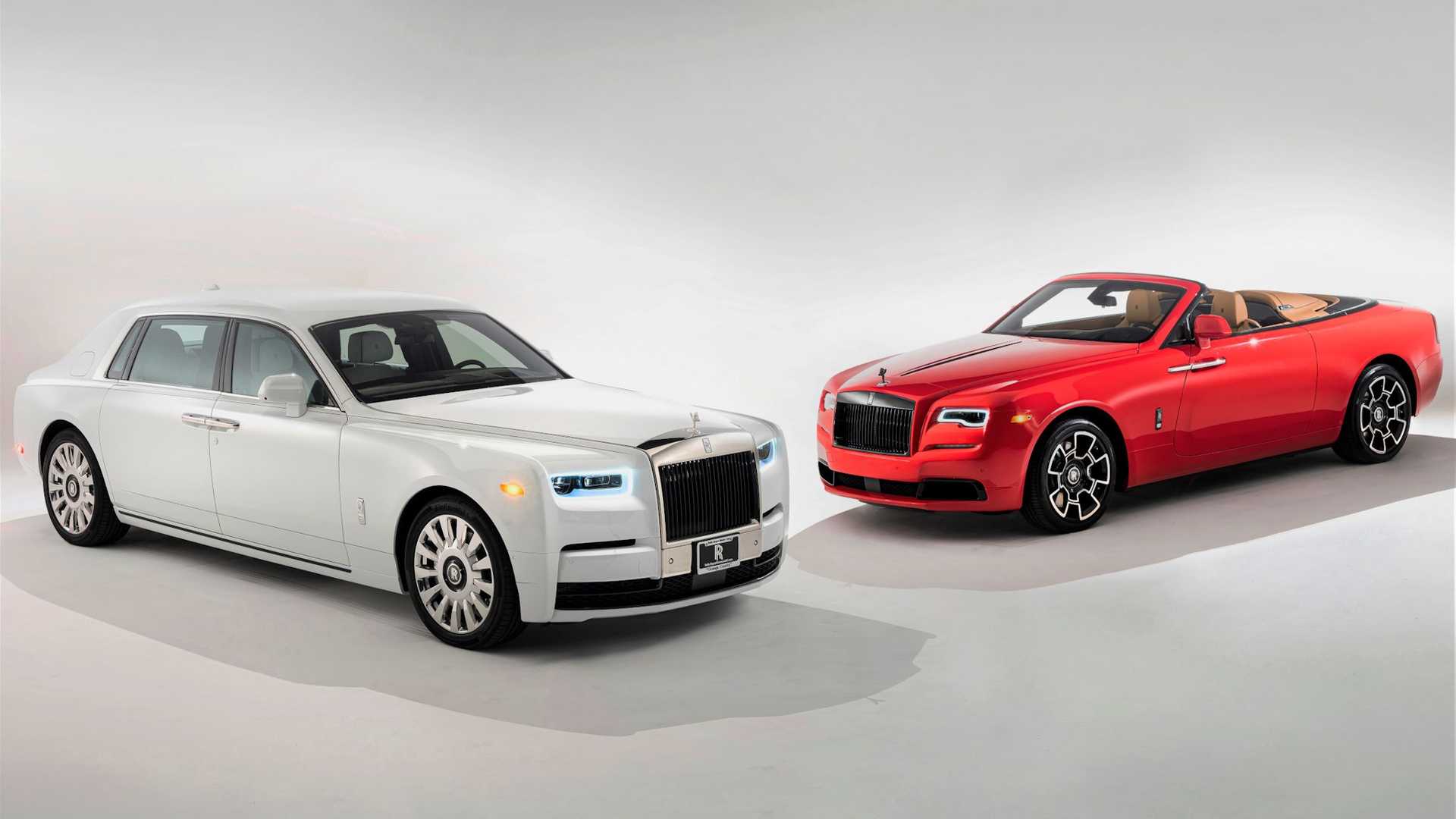 Not too long ago, Rolls-Royce unveiled its Tempus Collection cars to the world, yet another testament as to what can be achieved by the Bespoke division. Yet, the limited-run models haven’t reached US soil until recently, with the first such special car being delivered to Southern California, marking the 40th anniversary of a special couple.

Glenn and Gigi Moss decided to celebrate their 40th anniversary in a very interesting way. They ordered themselves a pair of special Rolls-Royce automobiles, one of which being a Tempus Collection Phantom. Only 20 of these cars will be made and one of them now resides in the garage of Glenn Moss, in Orange County, California. This particular car was done in Crystal over Arctic White on the outside, finished off with a black coachline. 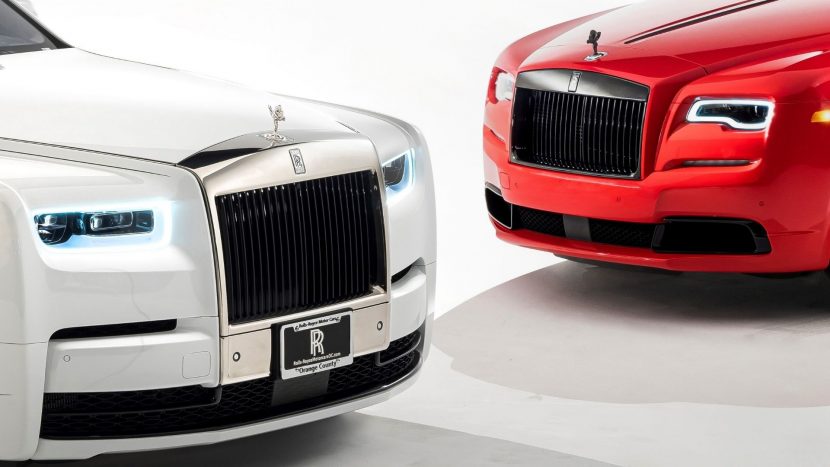 Inside the cabin you’ll find special treadplates that read: ‘Phantom Tempus Collection – Hand built in Goodwood England for Glenn L. Moss Sr.’ Apart from that, the white theme is also noticeable inside, with Arctic White hand-crafted leather offset by black highlights, piping, and contrast stitching. The fascia is finished in black Sparkle Piano reminiscent of the deep darkness of space contrasting with the constellations. 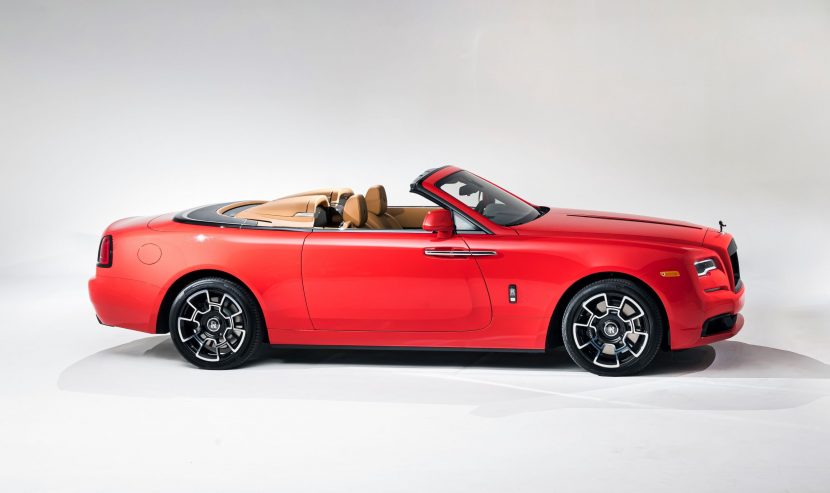 Mrs. Moss went a different route. She preferred an open-top, so a custom Rolls-Royce Dawn Black Badge was created to compliment her and her husband. The Dawn was painted Crystal over Bright Red and has a Bespoke Aero Cowling installed at the back. The Spirit of Ecstasy on the hood is made of carbon fiber while certain chrome surfaces, including the front grille surround, luggage compartment lid finisher and exhaust pipes are done in black.

The treadplate for this Dawn Black Badge reads ‘Hand built in Goodwood England for Gigi Moss’. The hand-crafted interior of the car is finished in full natural grain leather with black highlights and piping. The Rolls-Royce monogram is embroidered on each headrest as is the ‘Unlimited’ infinity logo which is embroidered on the Dawn’s upholstery. The centerpiece of the Black Badge cabin is the aerospace-grade, aluminum-threaded carbon fiber composite surfacing material. 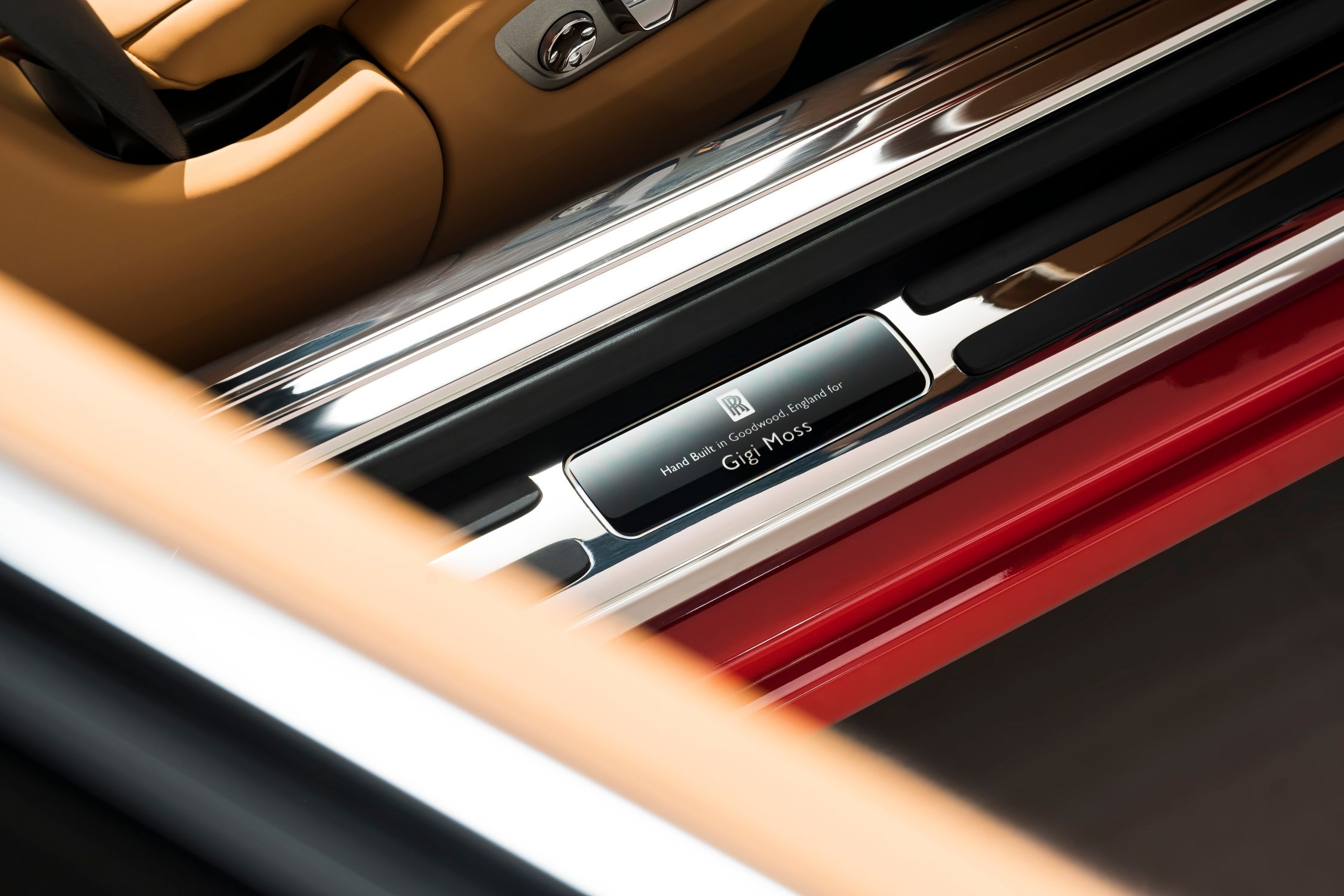 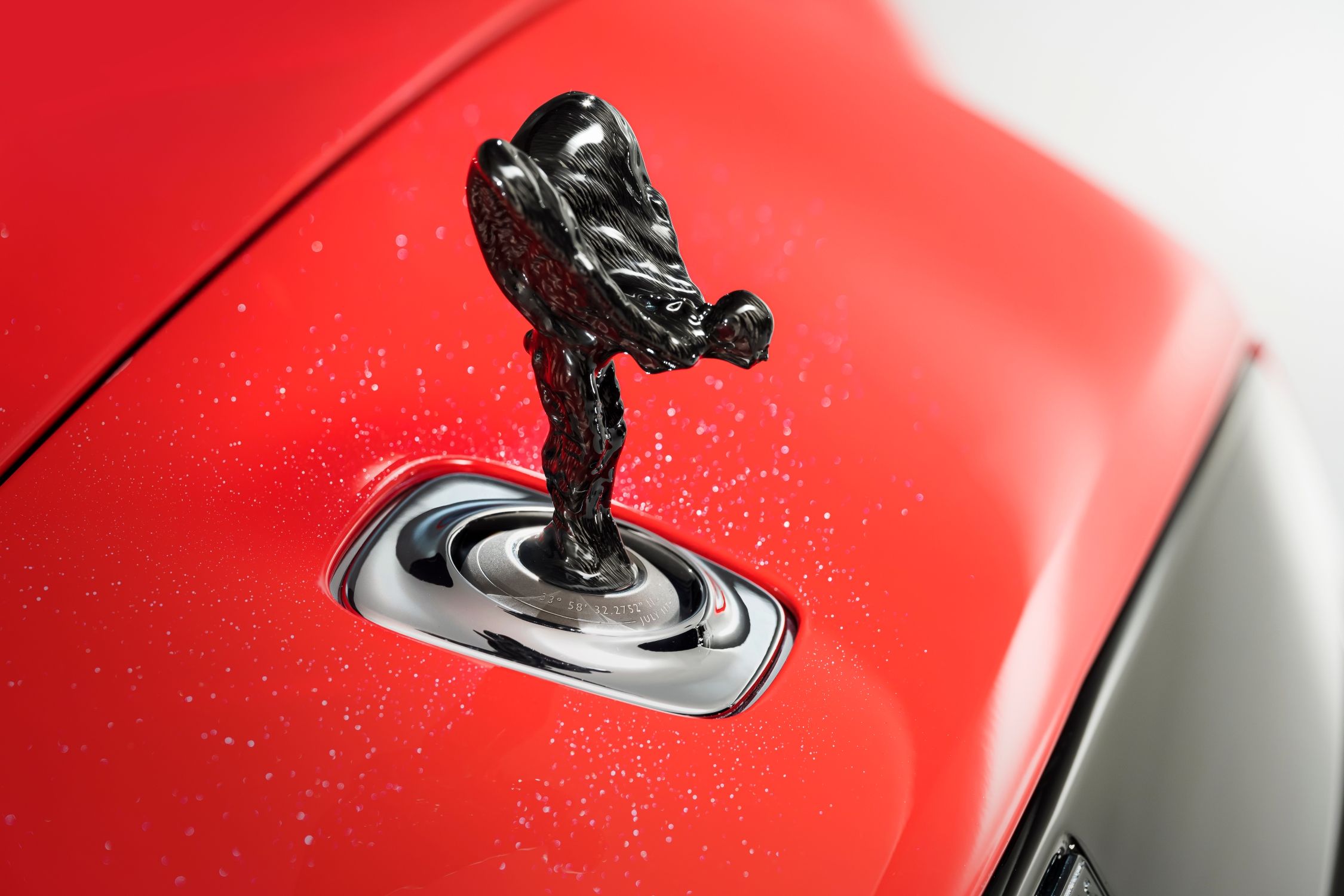 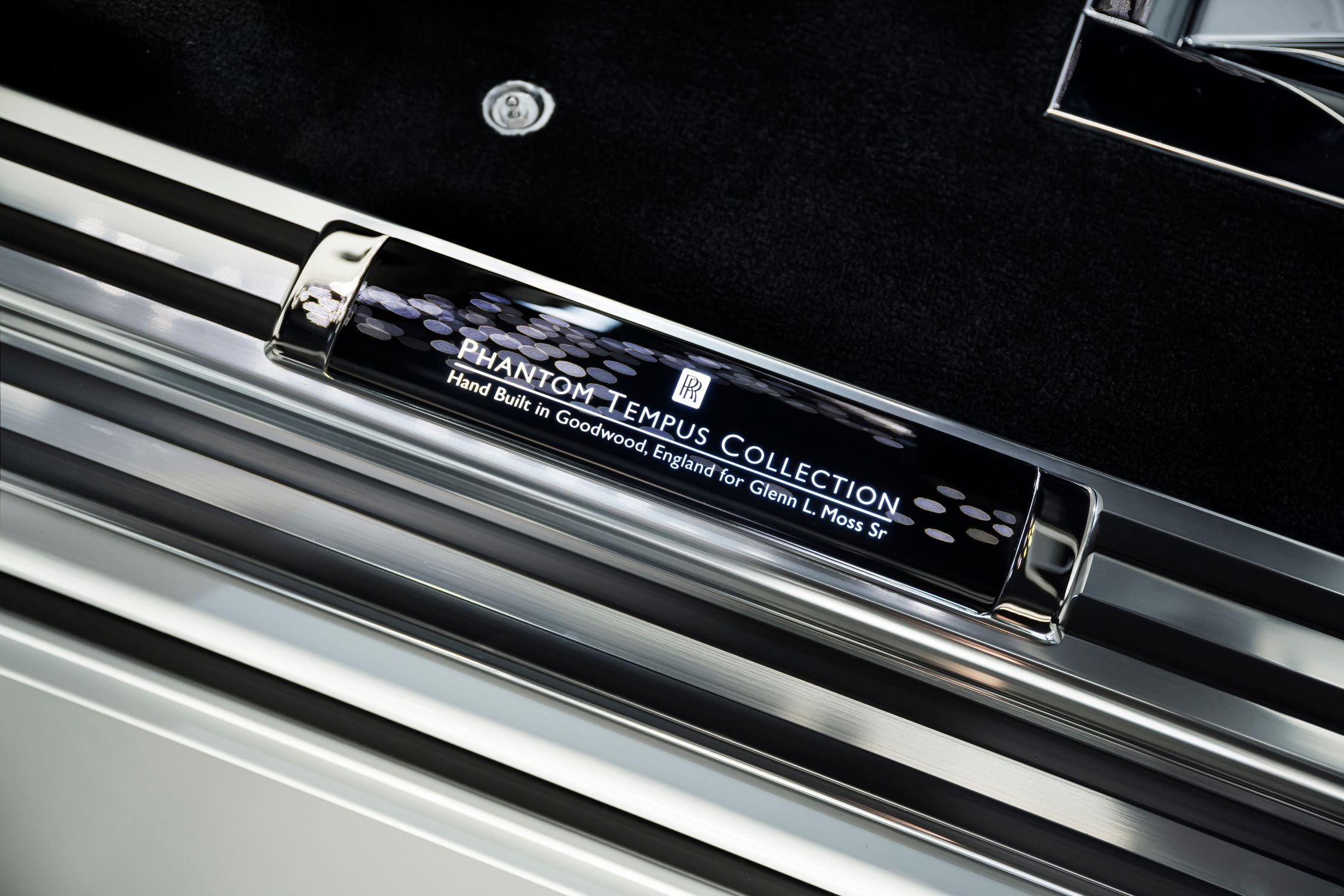 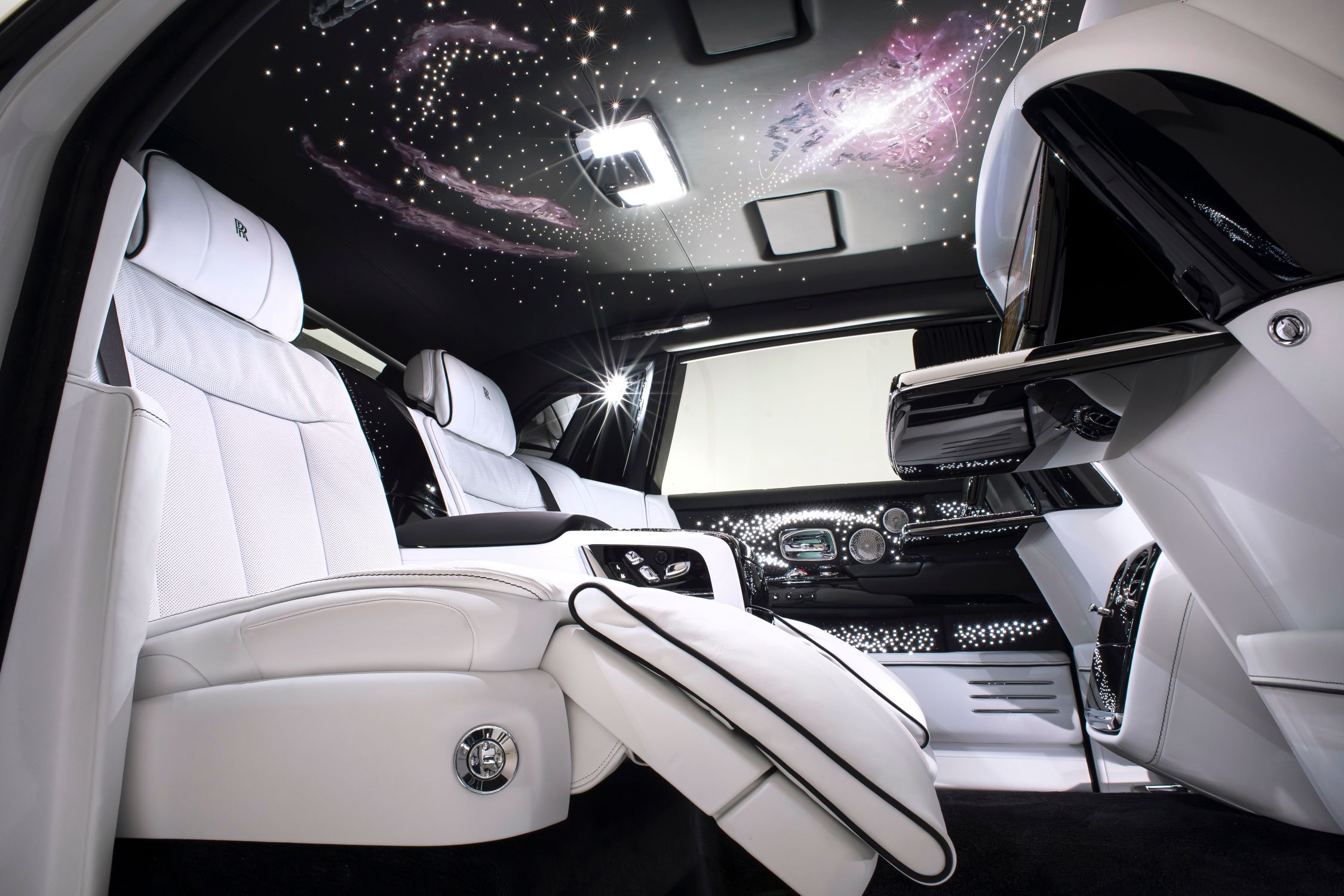 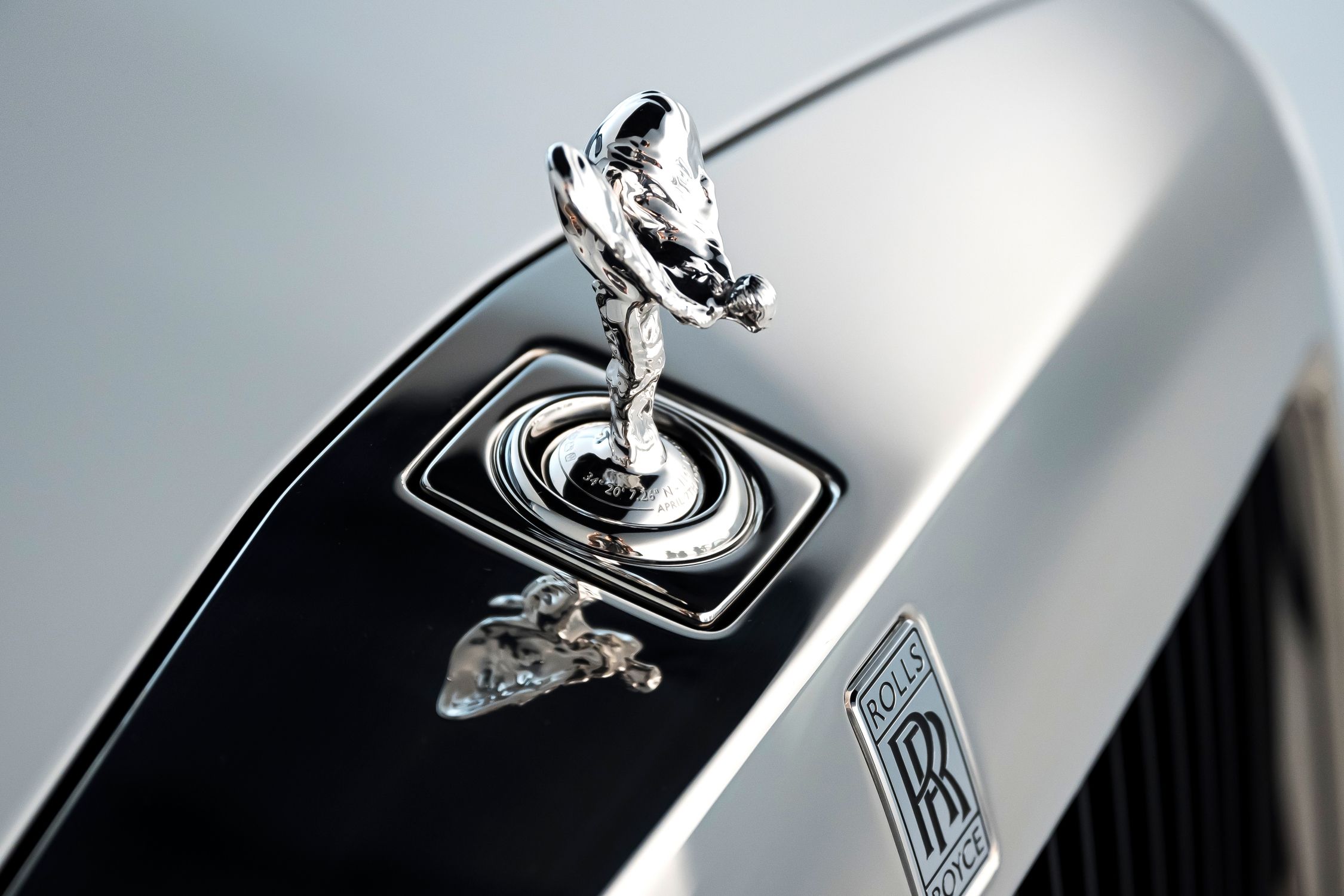 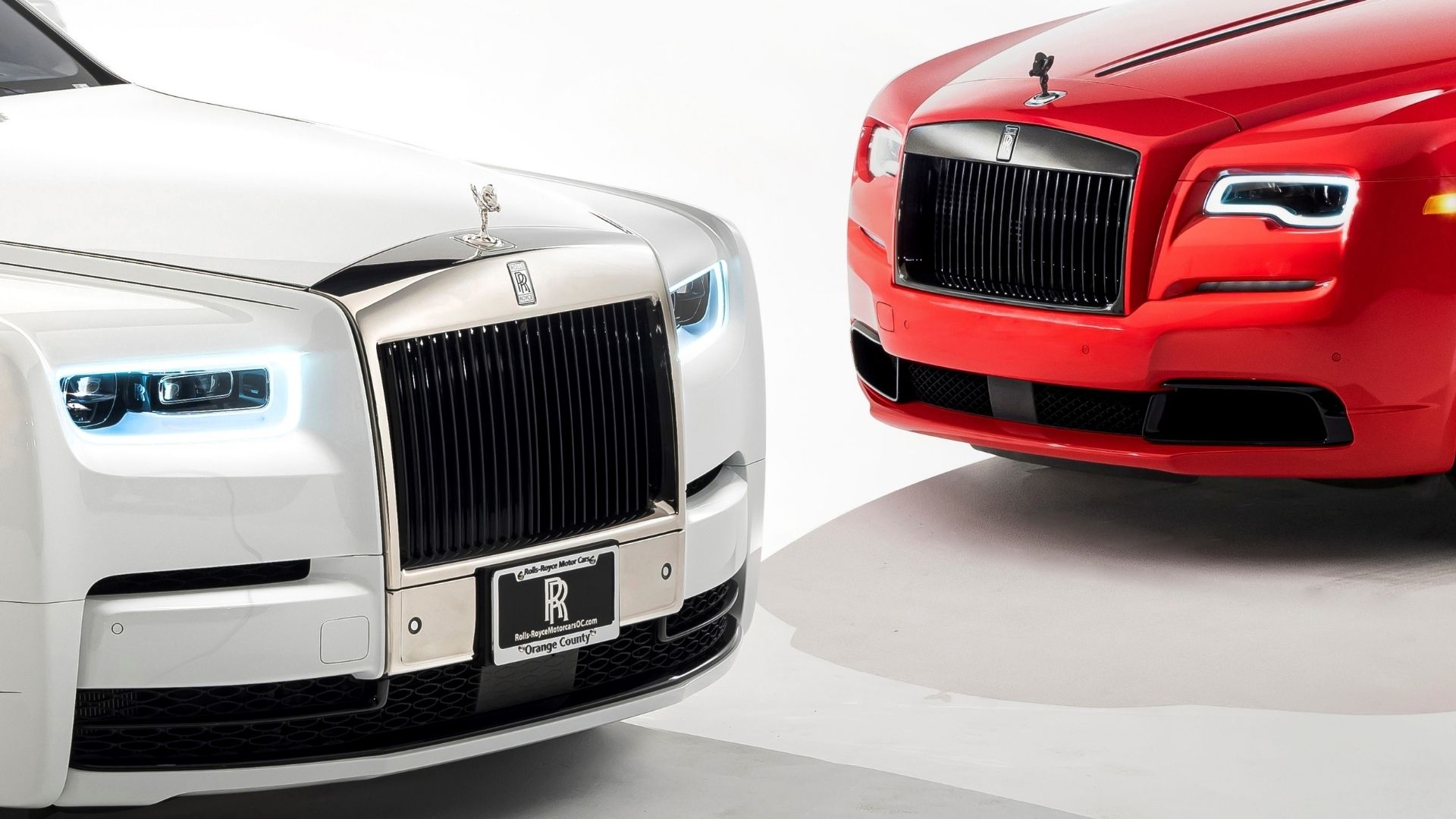 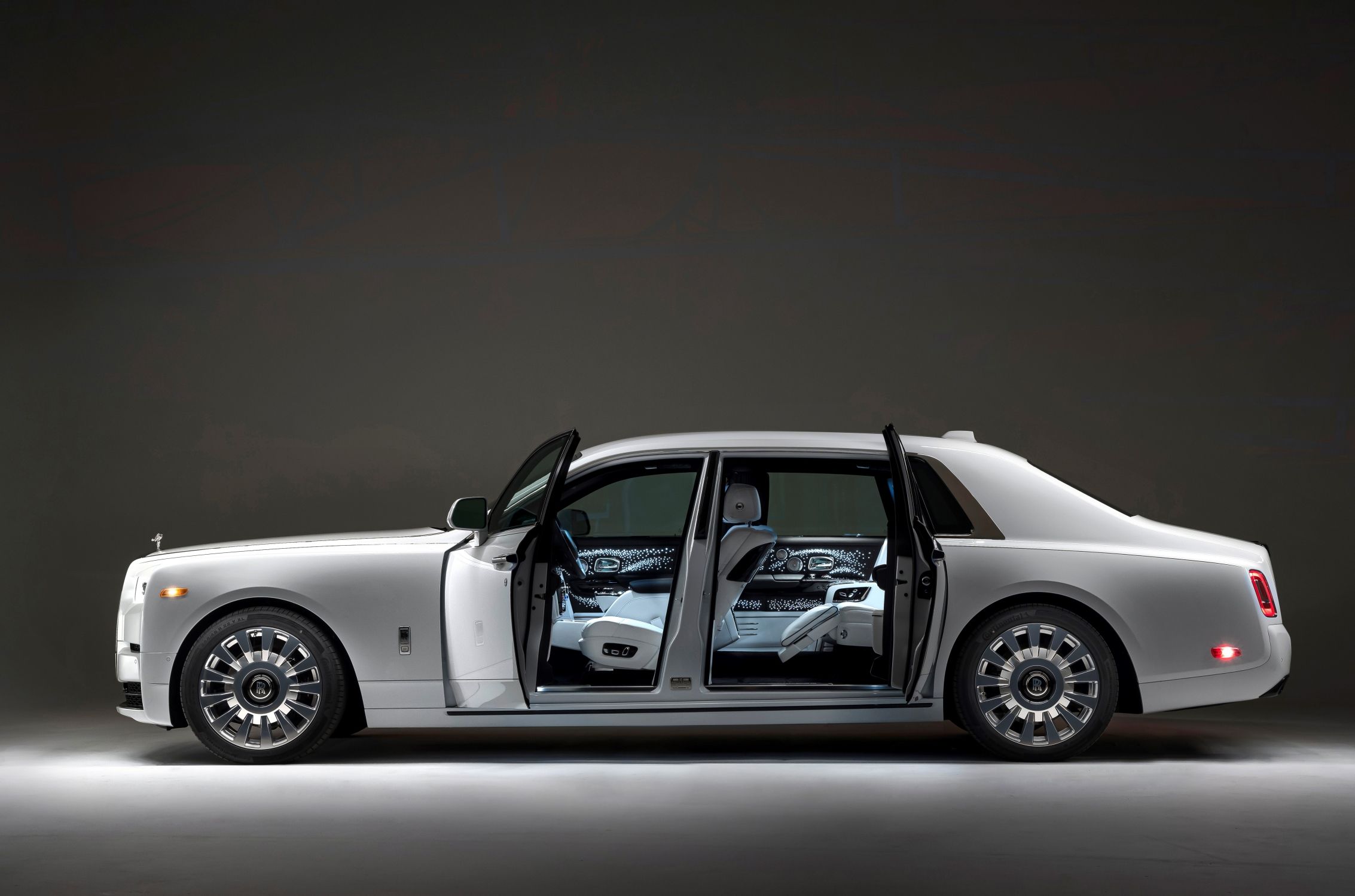