Rolls-Royce Celebrates 110 Years of the Spirit of Ecstasy

Home » Rolls-Royce Celebrates 110 Years of the Spirit of Ecstasy 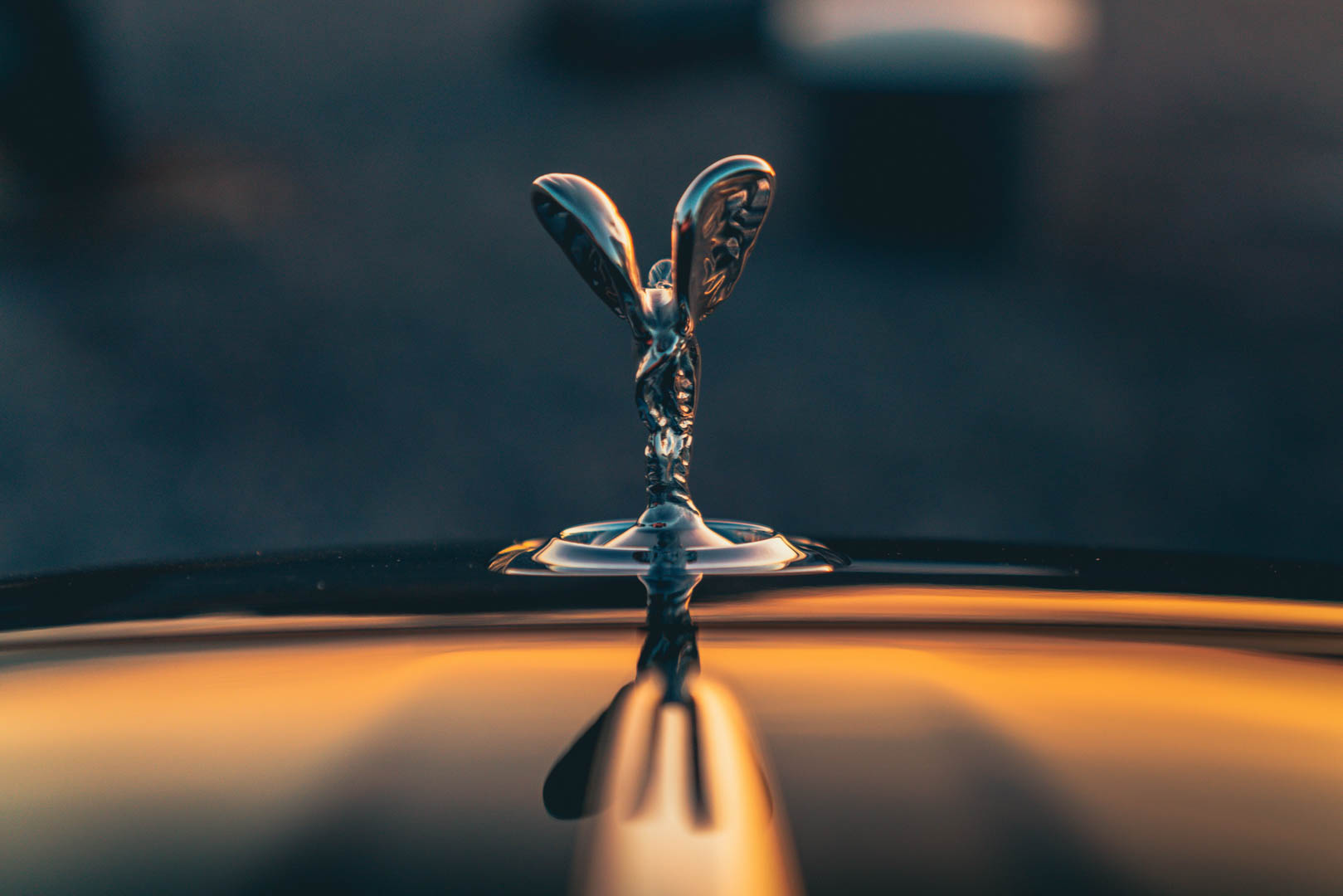 I wonder if Charles Sykes knew, when he was sculpting the Spirit of Ecstasy, that his work would still be revered more than one hundred years later. I hope so, as it has to be an incredible feeling to create something that you know will live on long after you do. Fortunately for Sykes, that’s exactly what happened. The Spirit of Ecstasy is now 110 years old and it still adorns the hood of every single Rolls-Royce that leaves the factory.

The now-famous Spirit of Ecstasy was actually originally called the “Whisper” and was a bronze sculpture that Sykes created for one of Britain’s motoring pioneers, Lord Montagu of Beaulieu. The “Whisper” was originally meant only for Lord Montagu of Beaulieu’s personal car but, being that rich people cannot allow themselves to be outdone by other rich people, other wealthy Rolls-Royce owners commissioned their own hood ornaments to be made. This displeased Rolls-Royce General Managing Director, Claude Johnson, who was quite cross at the idea of such “unsightly” additions, very cross indeed. 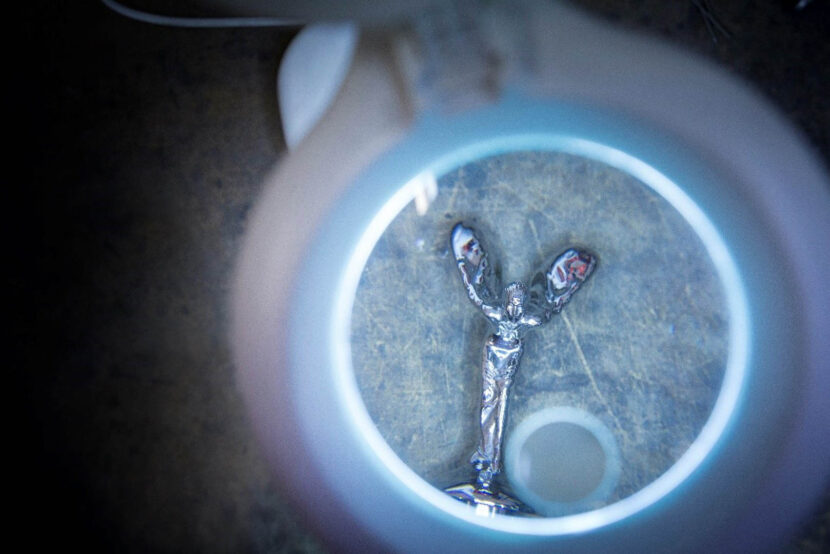 “How dare these hooligans adorn the hood of our vehicles with such vulgarity. And a sculpture of a woman’s body no less?! The inhumanity!” said Johnson as he slammed his monocle down on his pure-mahogany desk, I presume.

So in 1911, to prevent such hooliganisn, Johnson then commissioned Sykes to create an official hood ornament for Rolls-Royce. Like a college student using a previous paper for a new class, Sykes simply reinterpreted the “Whisper” and it became known as the “Spirit of Ecstasy”. Sykes and his daughter Josephine hand finished every single hood ornament themselves, until 1939.

What’s interesting is that the hiding mechanism, which allowed the ‘Spirit to hide away into the hood actually came about in the 1970s, as some countries had banned the hood ornament for safety purposes. The original mechanism was spring loaded and nowhere near as elegant as it is today but still a very cool feature back in the ’70s. 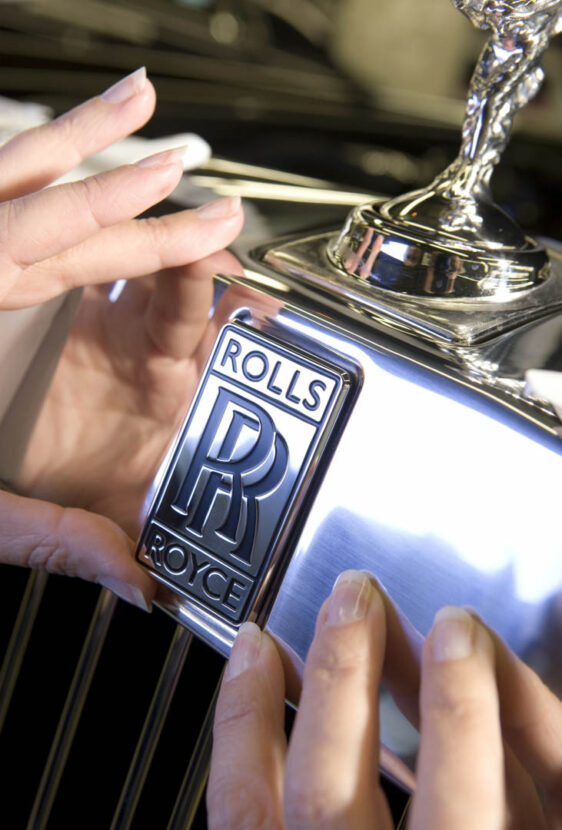 Fast forward a few decades and the Spirit of Ecstasy is more famous and beloved than ever. It’s also developed with more attention to detail than ever before. When BMW took over Rolls-Royce development, the creation of the ‘Spirit was completely revamped. To get it absolutely perfect, a 3D scan of the original Spirit of Ecstasy was done, getting it perfect down to fractions of a millimetre. Then, a mold was made by recreating the figurine in wax, using the 3D map for accuracy, and then coating the wax in ceramic. Once the wax melted inside, only the ceramic shell mold was left.

The mold is then filled with molten stainless steel at a temperature of 1600°C (2,912°F) and left to cool. Once it’s cooled and the mold is open, the unfinished Spirit of Ecstasy is polished with a method called “peening”. Essentially, it’s blasted with millions of stainless steel balls that measure just 0.04 millimetres (17 thousandths of an inch), which perfectly polish the surface without causing any abrasion. 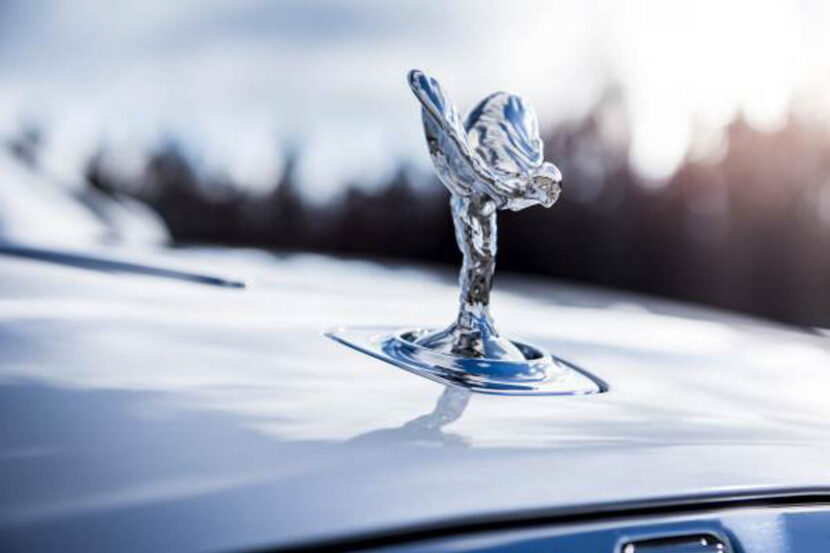 Rolls-Royce takes great care to honor the Spirit of Ecstasy, as it’s become just as important to the brand as the use of the finest leathers and woods. Every Rolls owner is proud to see her, gracefully guiding the car from the front of the hood. So next time you’re fortunate enough to drive a Roller, look out at her and remember just show special she is. 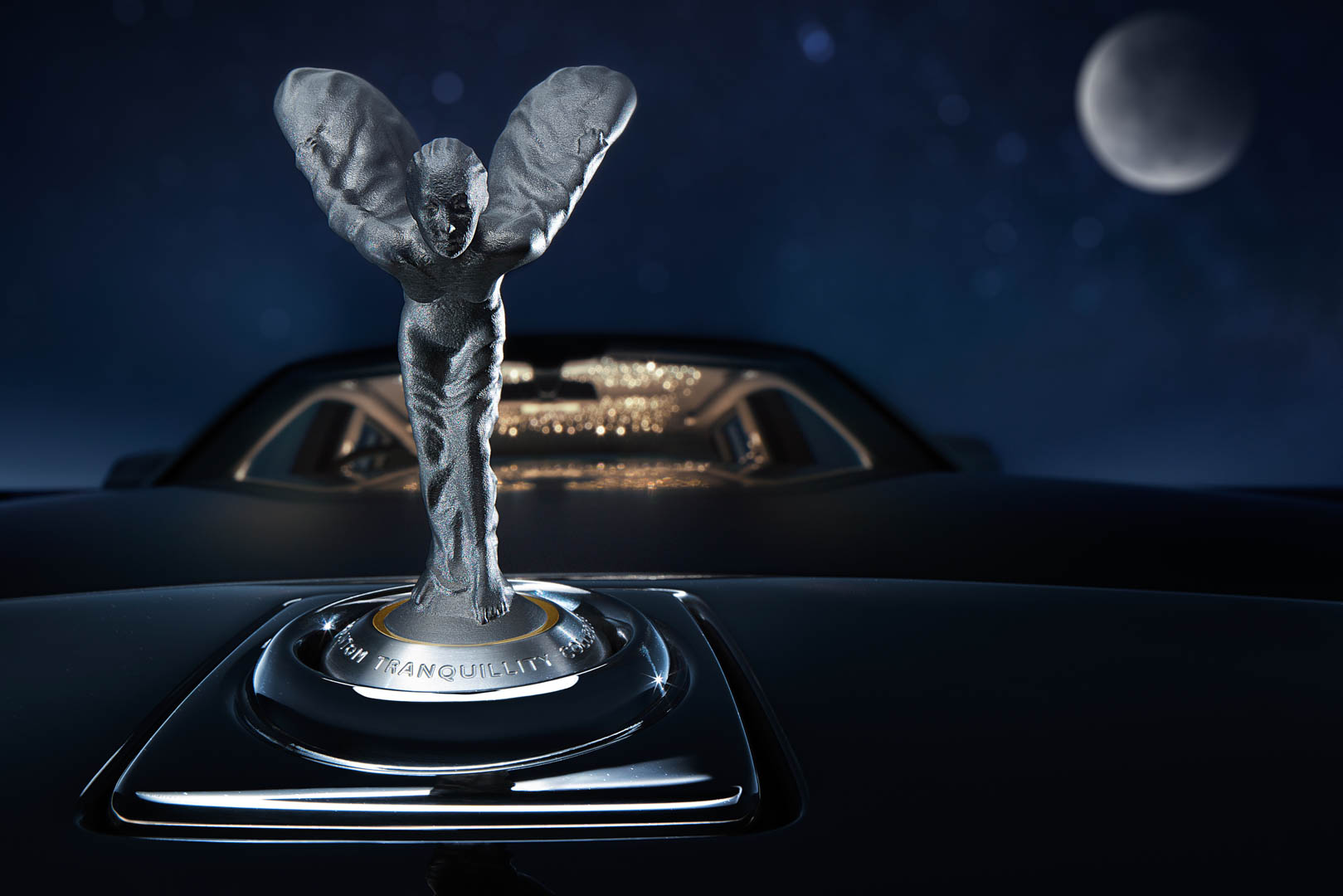 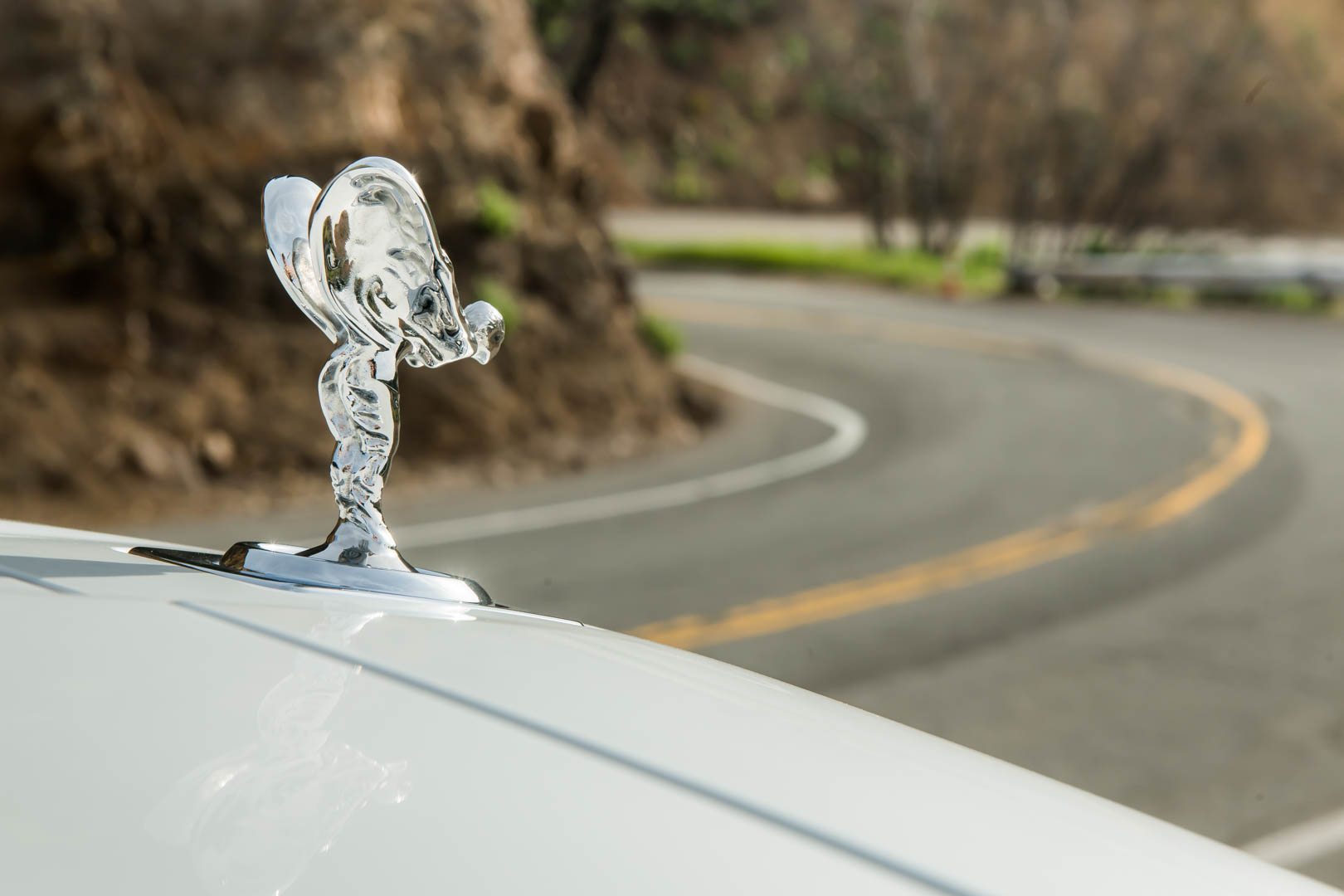 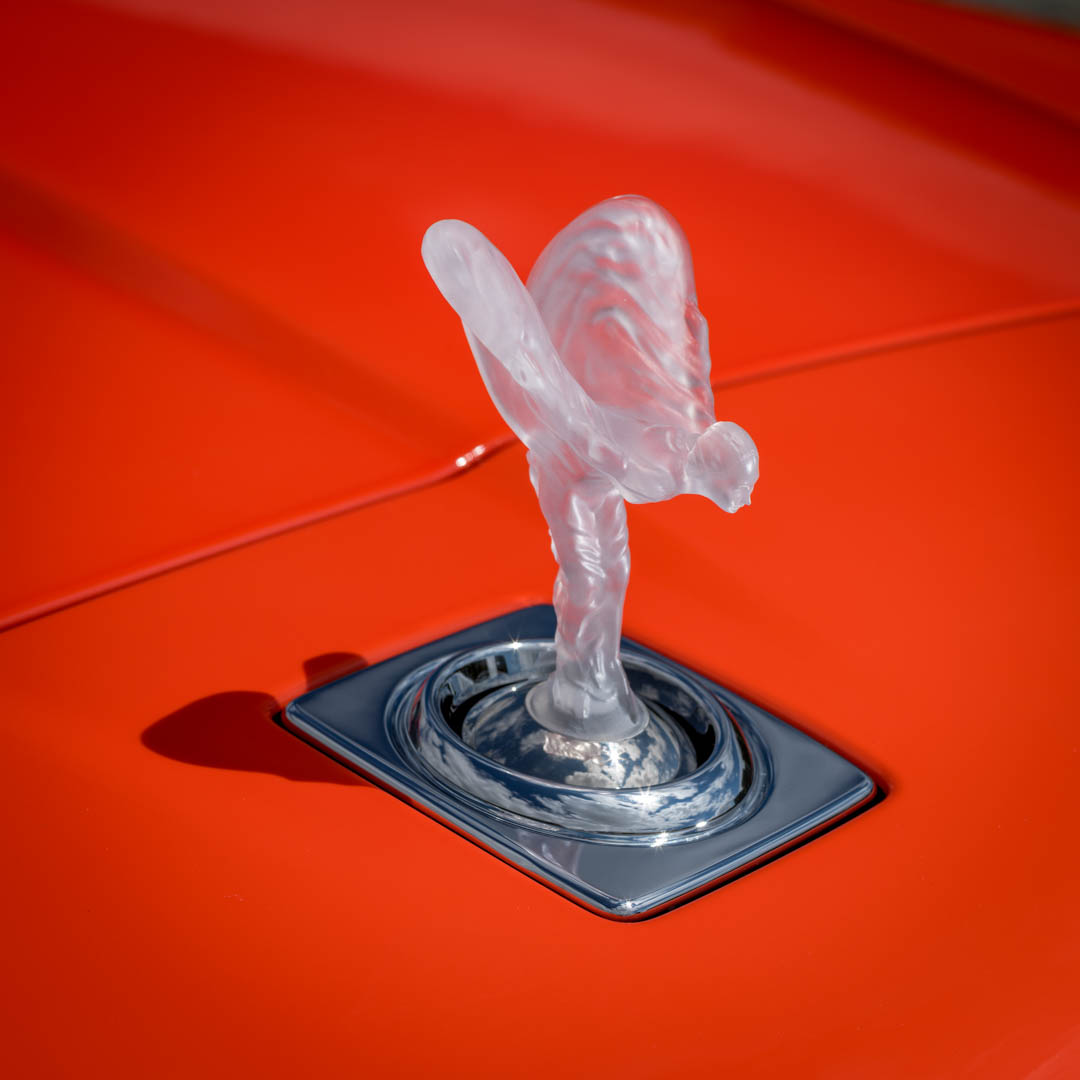 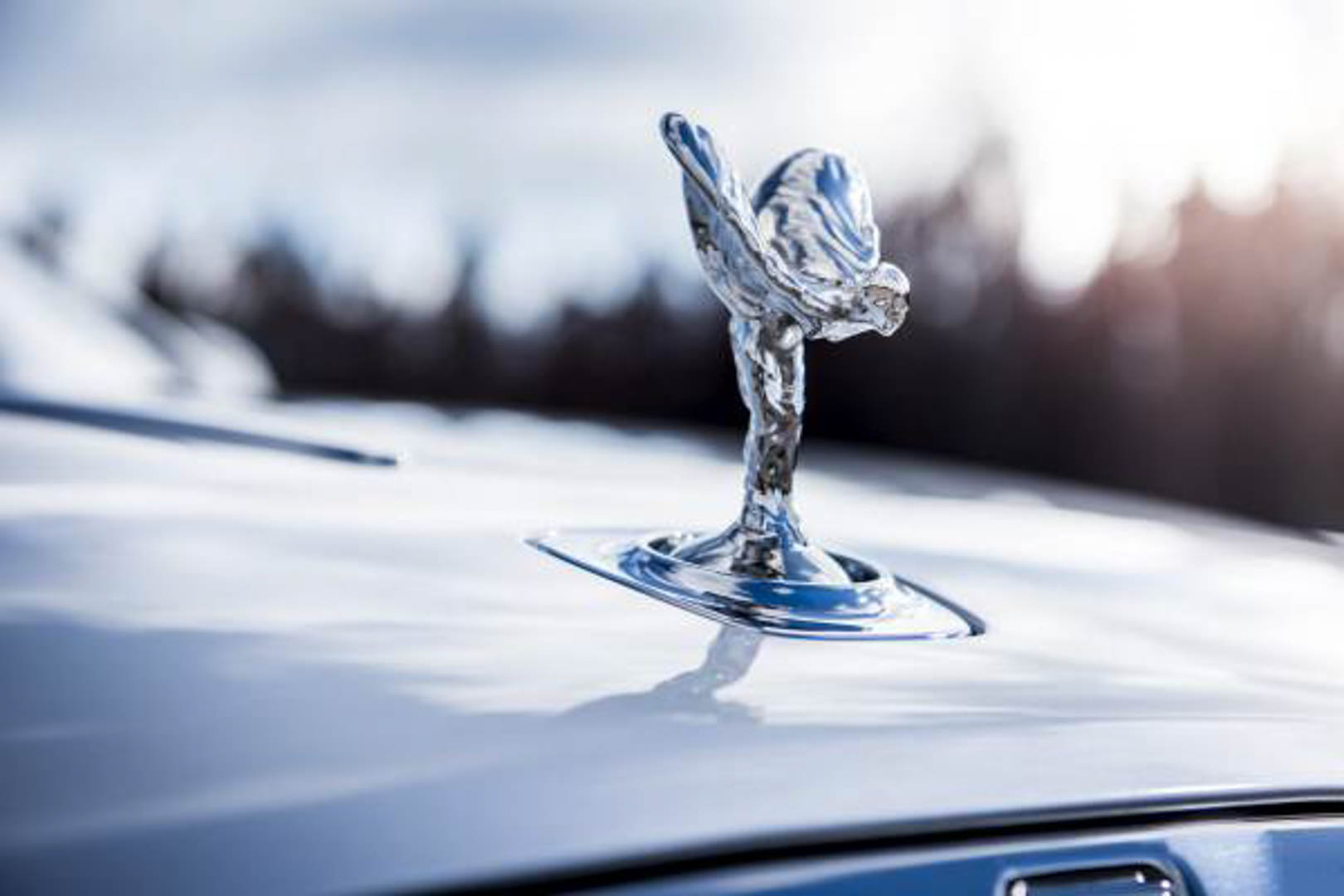 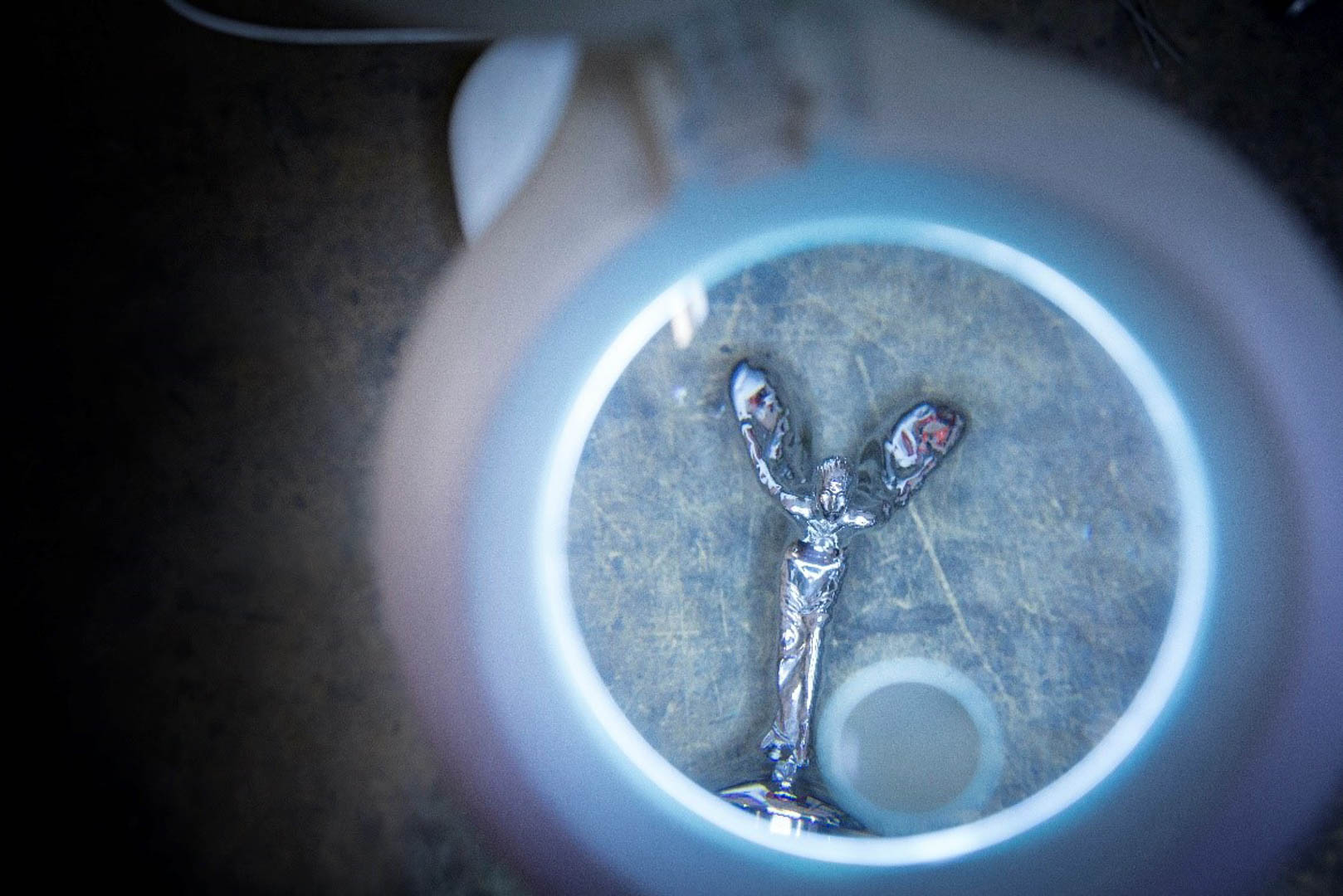 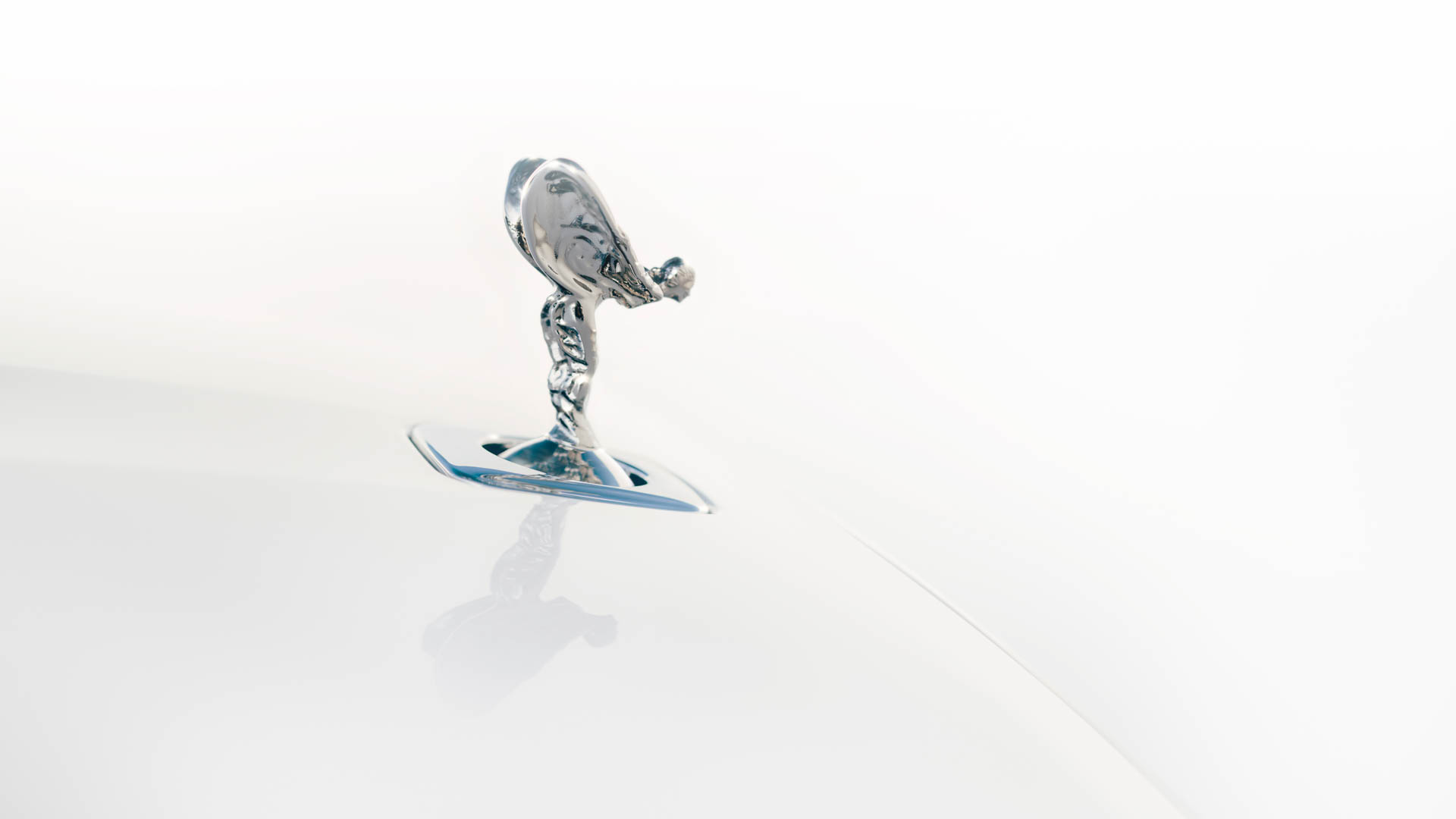 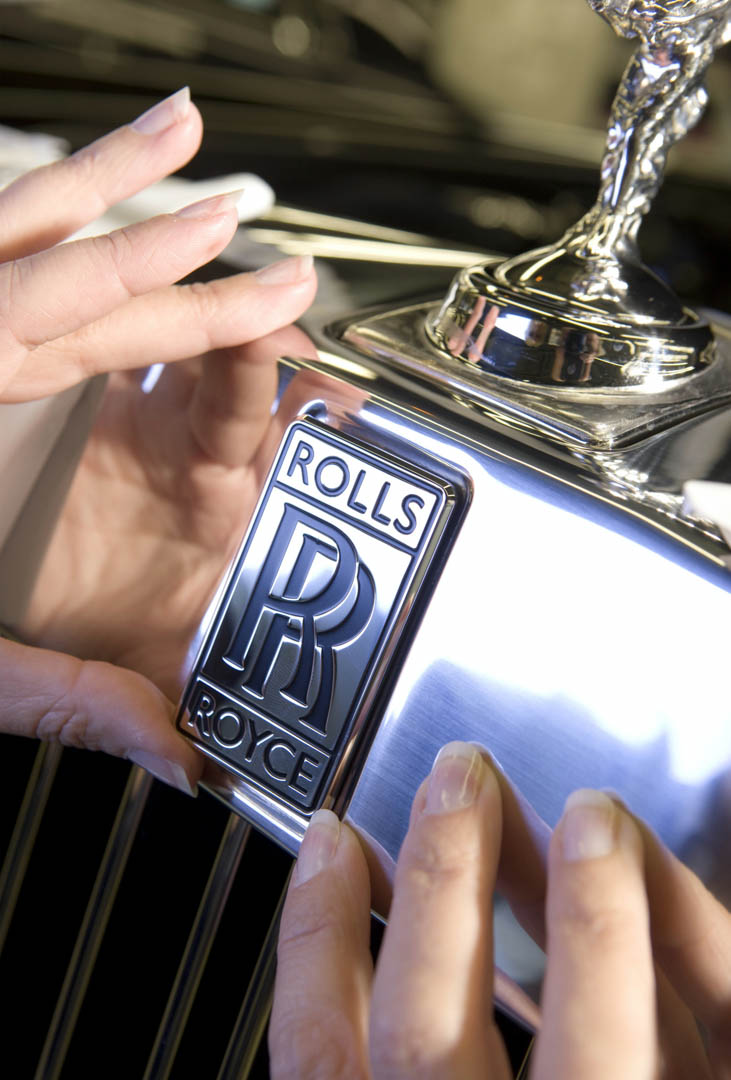 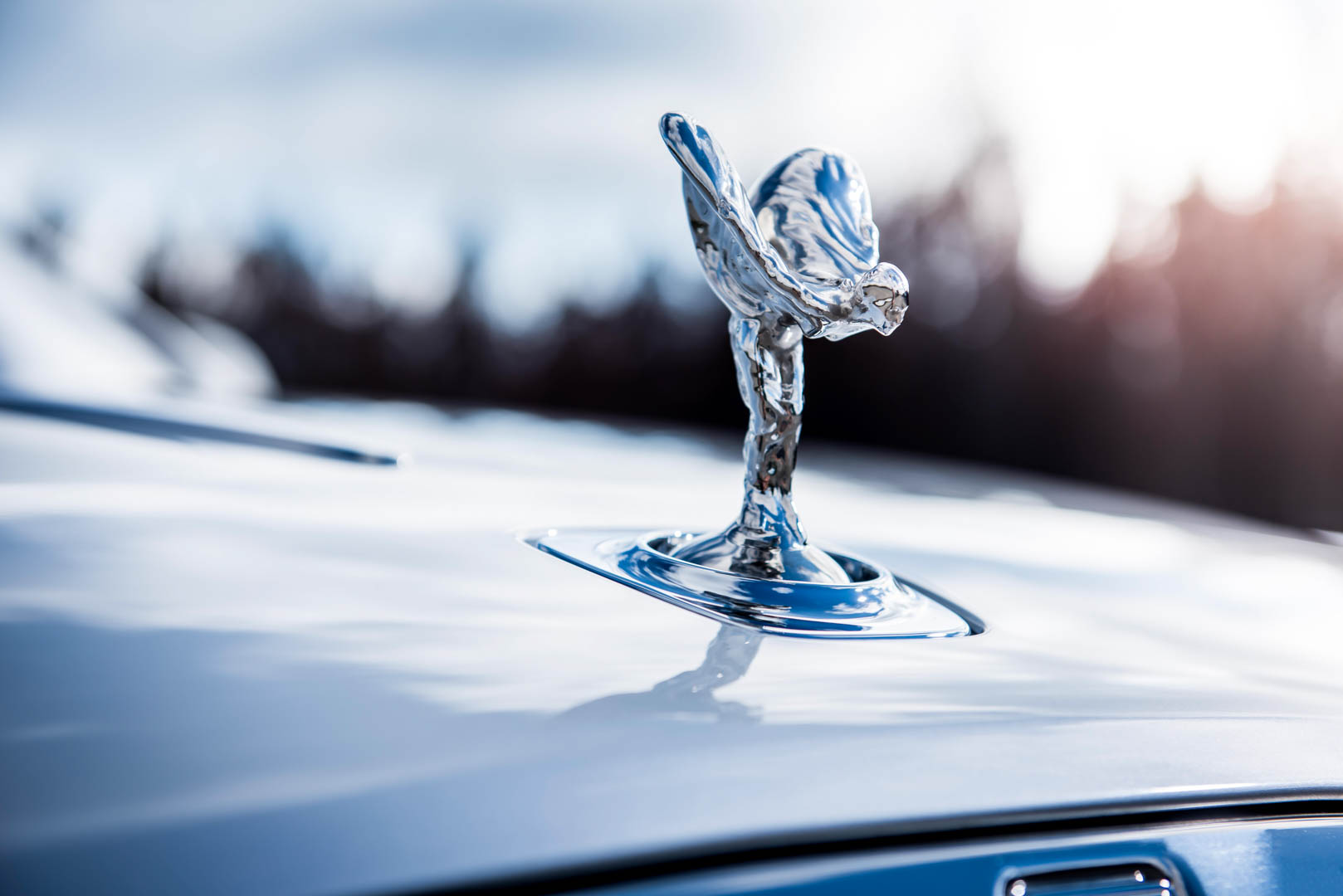 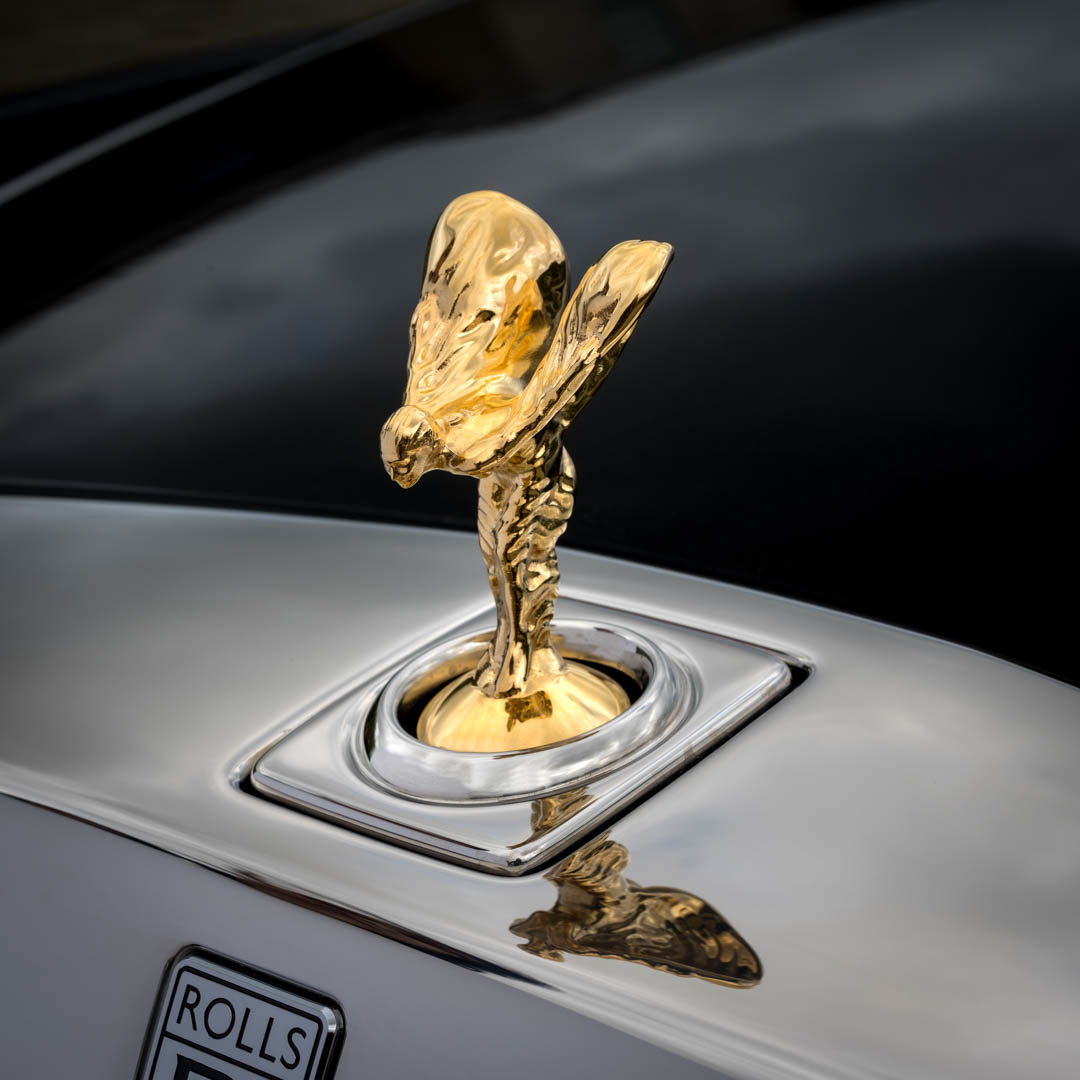