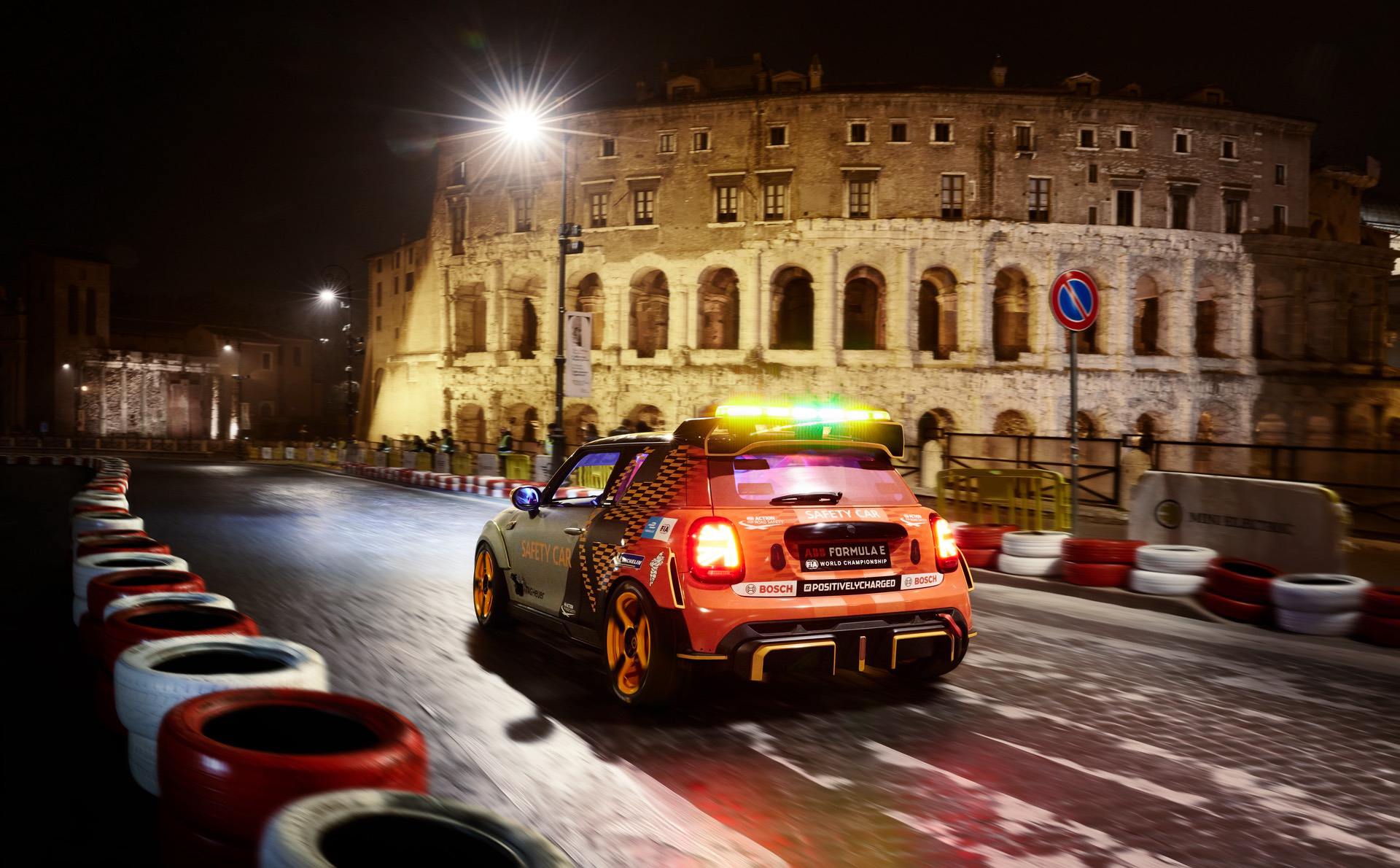 MINI started a teasing campaign yesterday with a very intriguing photo posted on Twitter. The post said “Feels like it’s time for a boost. Watch this space…” followed by the  #ElectricThrillMaximised hashtag for further confusion. Therefore, the automotive world started wondering what this could be. What we do know so far is that MINI announced a while back that is working on an electric version of the John Cooper Works GP model.

And based on the hashtag, we’re definitely looking at an electric MINI, but this time, adorned with some safety car features. The light bar on the roof and the additional LED lights on the rear window are clear giveaways. BMW announced their Formula E retirement in 2022 and therefore, the trademark BMW i8 and i3 Safety Cars we’ve been seeing in this competition will be gone as well. Chances are, MINI will take over and this could possibly be the answer to this Twitter riddle.

BMW recently confirmed that the MINI brand will become all-electric starting with 2030 and so this alleged electric Safety Car will serve as a marketing tool for the near future. 2025 will mark the last year when a new MINI model will be launched using an internal combustion engine. By 2027, MINI is expecting to see fully electric vehicles account for more than 50 percent of its sales and, if the sales of the MINI Cooper SE model are anything to go by, that target will be easily achieved.

Furthermore, the first all-electric alternative part of this new plan will be the Countryman. MINI also confirmed today the next generation of the British crossover will be available with a fully electric model in the line-up. The Countryman will be built in Leipzig starting with 2023 and will most likely share its platform with the upcoming BMW X1 and BMW iX1 models.

In the mean time, stay tuned for full details on this MINI JCW electric.