Sporting a completely revamped visual identity, the third generation of the BMW X1 is expected to bow late next year as a 2022 model. The story of the Bavarian compact Sports Activity Vehicle began in 2009, when the E84 model series was premiered. Back then, the X1 was underpinned by the same RWD chassis as the E91 3 Series Touring, given the identical wheelbase.

The E84 remains the only X1 generation equipped with the rear-wheel drive architecture, as the second generation that premiered in 2016 was developed on the UKL (“Unter Klasse” standing for Lower Class) platform. The current F48 model is in for replacement late next year, when a new X1 generation is set to kick in. 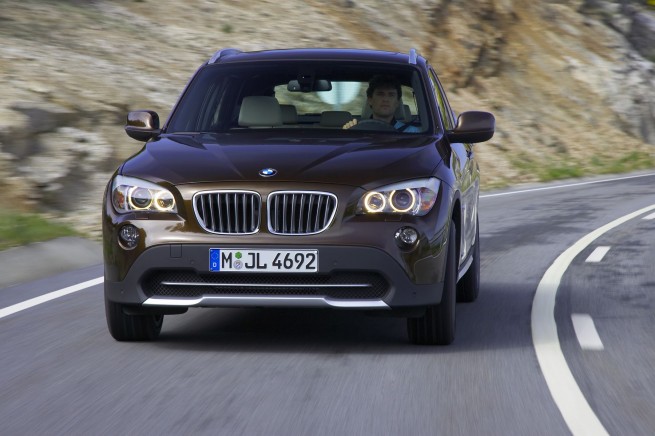 The future X1 will make use of the latest FAAR front-driven chassis that already underpins the F40 1 Series and F44 2 Series. As seen from the latest spy photos, the compact SAV is planned to grow significantly in size compared to the F48. As we don’t own the spy shots, you can see them here.

From what we can see so far (although looks can be deceiving sometimes), the new X1 will receive a more rugged styling and bolder exterior proportions. The front fascia appears imposing and self-assured, defined by the aggressive headlights and the huge, upright kidneys, which cleverly denotes the membership to the X family.

The vertical slats appear double (though, it may be an illusion). The upper lid of the radiator grille is thicker as well, marking a comeback for the kidney type that was once used on the E63/E64 6 Series of the Bangle era. Futhermore, the front air vent is generously sized. The wheel arches and the silhouette gain further presence thanks to their decisively rectangular styling, which inspires power and confidence. The next X1 will also receive brand new exterior mirrors and possibly integrated door handles.

Related: Video: 2020 BMW X1 Review goes over all the changes

The side window line is sweeping upwards towards the C-pillar, following the path dictated by the body’s character line and the muscular rear shoulders. Of course, the Hofmeister kink will suffer a reinterpretation from the classic shape. Developed horizontally and featuring a revised “L” shape, the tail lights are mostly positioned at the mid of the rear area height.

Besides the ICE and plug-in hybrid choices, from 2023 BMW will also launch the new iX1 electric version based on the forthcoming X1 generation. The British publication AutoExpress has digitally rendered the iX1 and you can see it here.

As earlier reported, the pure-electric X1 could come initially in FWD configuration, with the xDrive model expected to follow later. Although an early artist impression, the iX1 imagined by Autocar features the typical BMW i styling that debuted on the new iX3. Whereas the kidney grille will likely be more generous, the kidney frame is pretty accurate.

As the new X1 will be bigger and comparable to the E83 X3, for example, the cabin space will be drastically improved. The dashboard of the future X1 will be defined by two digital screens for the instrument cluster and central control. The new infotainment interface will be based on an enhanced version of the BMW OS 7.0 and will likely be reserved for the new compact models. As also seen in some of the latest scoops with the 2022 BMW 2 Series Active Tourer.

The overall architecture will get simplified as many physical switches and knobs will disappear, as the operation concept will rely on more intuitive touch and gesture control, as well as a natural interaction with the BMW Intelligent Personal Assistant.

It remains to be seen if BMW wants to get rid of the stylish electronic gear shifter, but as evidence pointed out in the case of the future compact MPV, the 2022 X1 is likely in to receive just a small toggle-switch selector, similar to Volkswagen Golf or Porsche 911.