The first ever 2021 BMW M4 Competition in Fire Orange

Home » The first ever 2021 BMW M4 Competition in Fire Orange 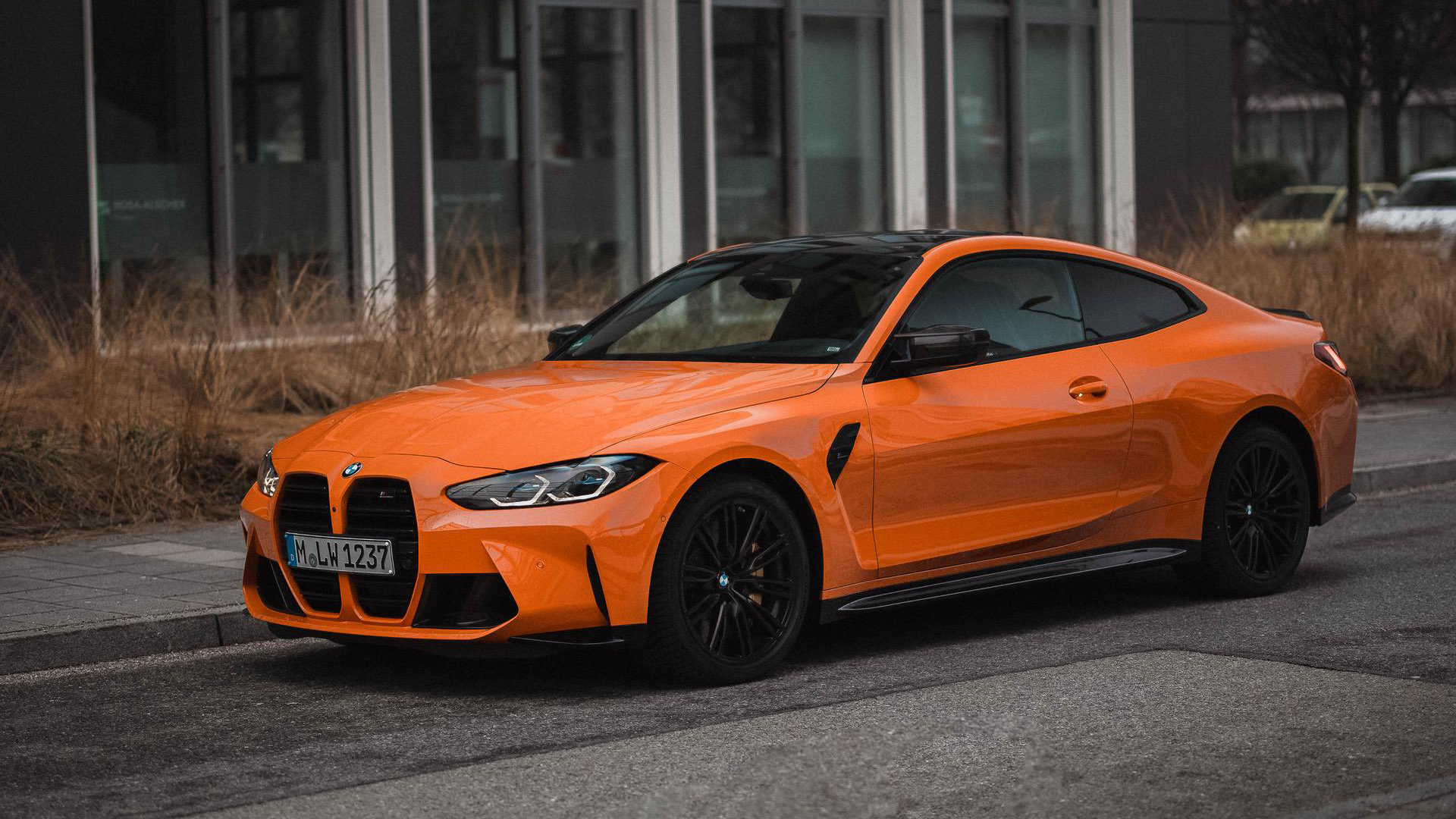 The new 2021 BMW M4 Competition shines in the Fire Orange color, which was initially made famous by the BMW E92 M3 GTS. Back when the GTS was launched, the Fire Orange finish made some mouths pop wide open as BMW wasn’t doing all these flashy colors back then. Since the GTS was a special model though, they went a bit wild. Since then, the Fire Orange was further used on many other BMWs, including the E92 M3 Lime Rock Edition which was sold in the US. Dubbed BMW M3 Lime Rock Park Edition Coupe, the special M3 was limited to 200 units which sold out quickly despite the price tag of $70,100. 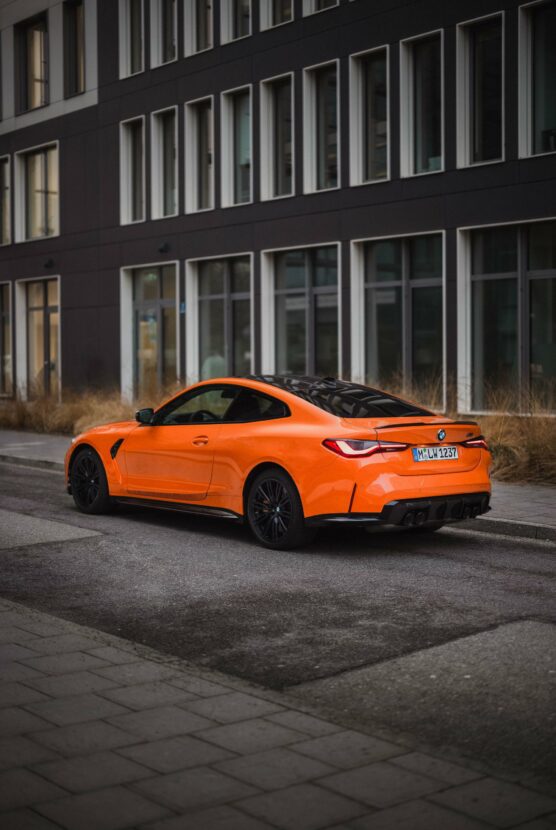 The cool shade of orange looks great on the G82 M4 as well, giving the car a unique and powerful look. It also matches perfectly with the black accents of the Competition Package and blends in nicely with the large kidney grille. Throw in the carbon fiber bits as well, and this Fire Orange G82 M4 is an instant head turner. The images arrived to us courtesy of @haberkornphotography who is also responsible for the recent Java Green BMW M3.

Even though the BMW Individual color palette for the new M3 and M4 is quite extensive, the standard colors offer plenty of excitement as well. The non-metallic colors are Alpine White and Sao Paulo Yellow, while the metallic palette includes Isle of Man Green, Toronto Red, Sapphire Black, Skyscraper Grey, Portimao Blue and Brooklyn Grey. But that’s just the tip of the iceberg.

The BMW Individual program is equally exciting with paintworks like the Frozen White, Frozen Brilliant White, Frozen Black, Frozen Dark Grey, Frozen Orange, Frozen Portimao, Dravit Grey,  Oxide Grey, Tanzanite Blue II, and much more. Another cool color for the new M3/M4 is San Marino Blue which was recently photographed in Europe. You can see more of these new colors in our M3 and M4 coverage. 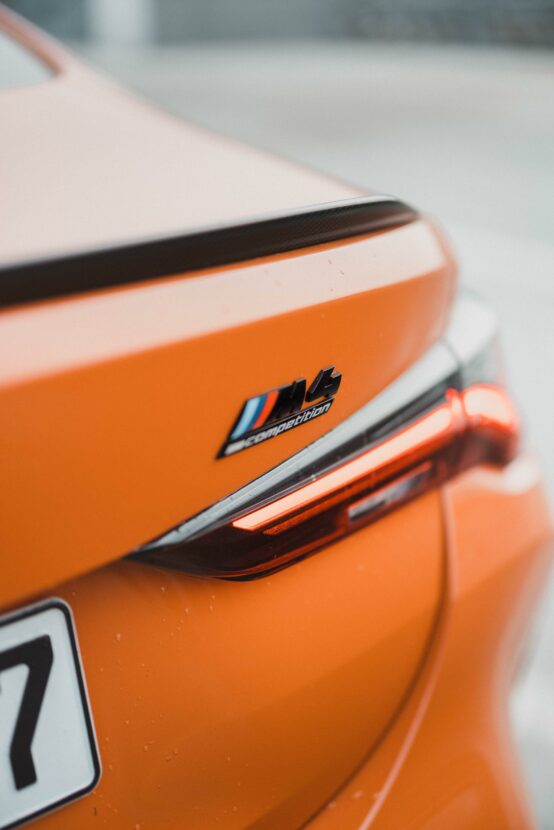 As you likely already know, BMW’s Individual program is one of the more extensive customization programs in the automotive world. BMW Individual offers seemingly countless color, interior and trim combinations, to allow you to make your Bimmer as truly unique as possible. Thankfully, the brand also has an online visualizer, so you can play with all of the available colors and options. You can play around with those options here.

But in the meantime, click below to see this Fire Orange G82 M4. 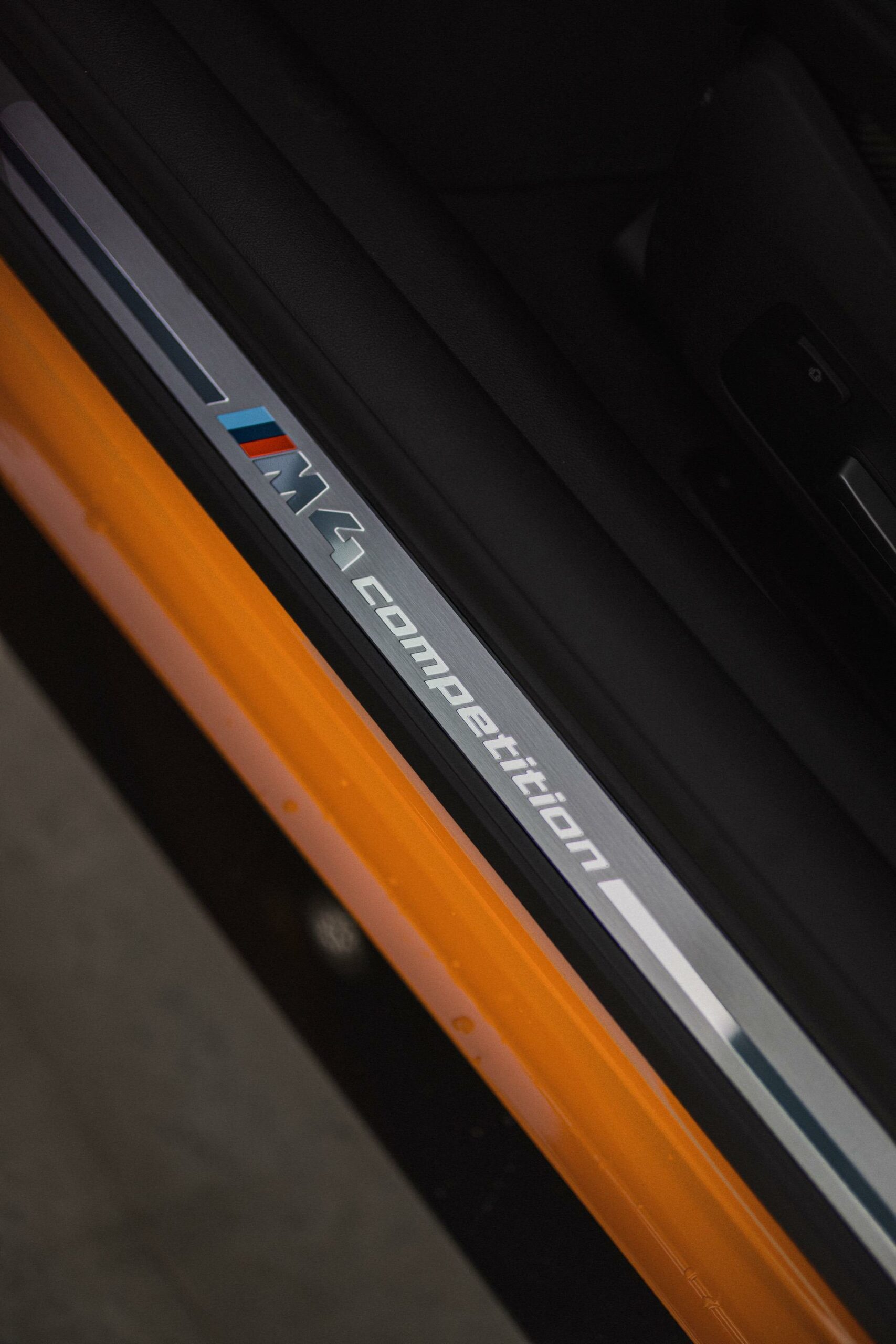 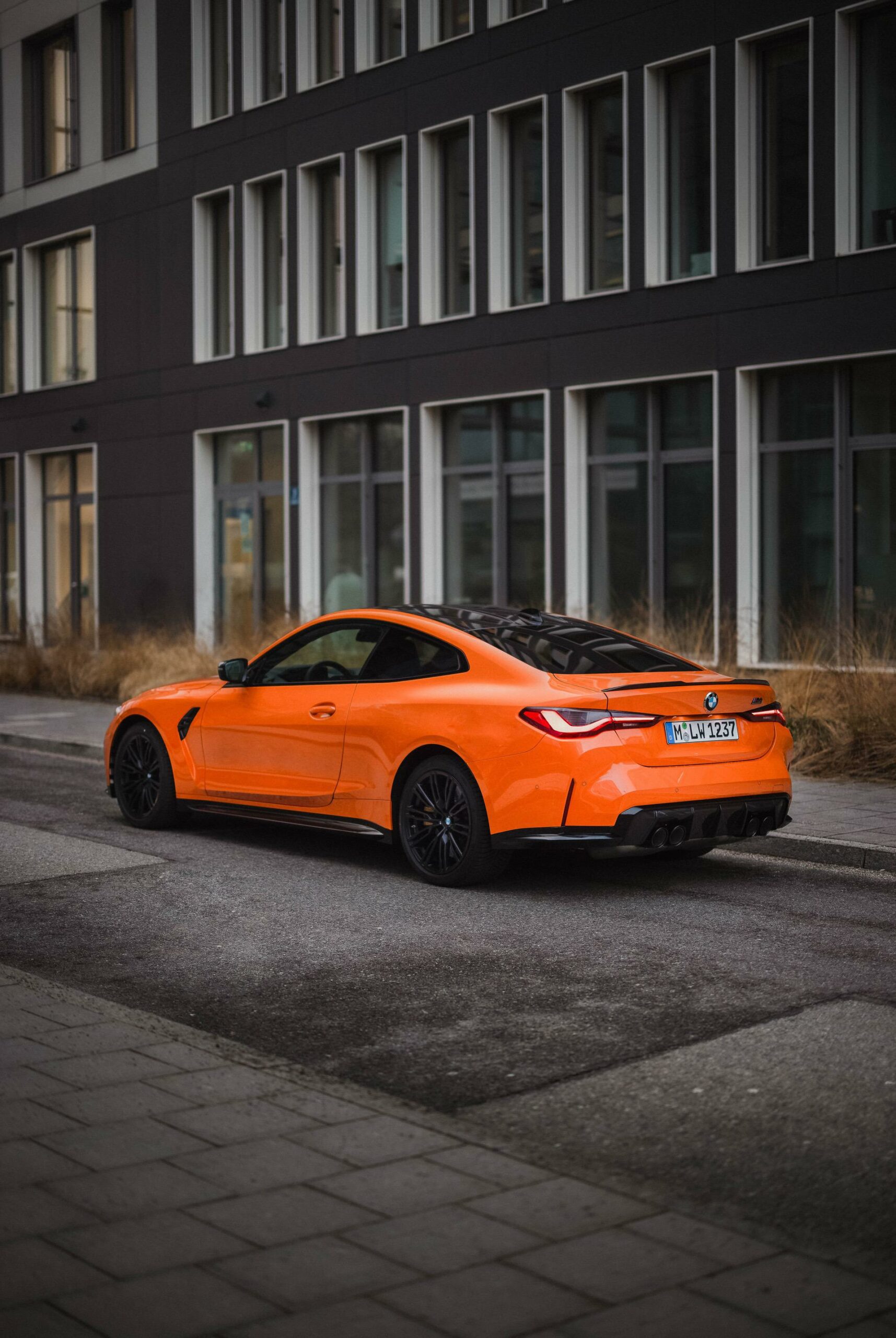 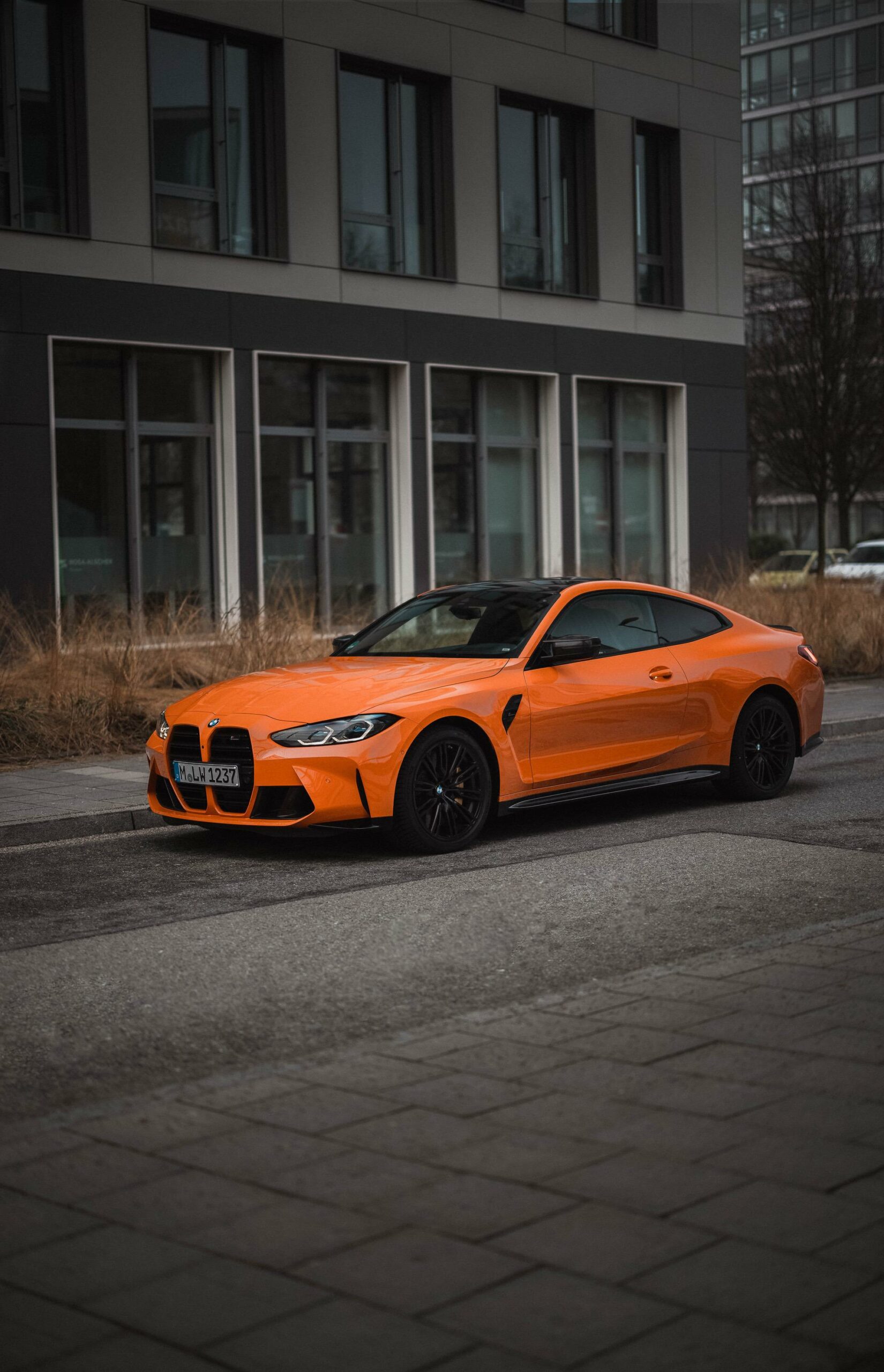 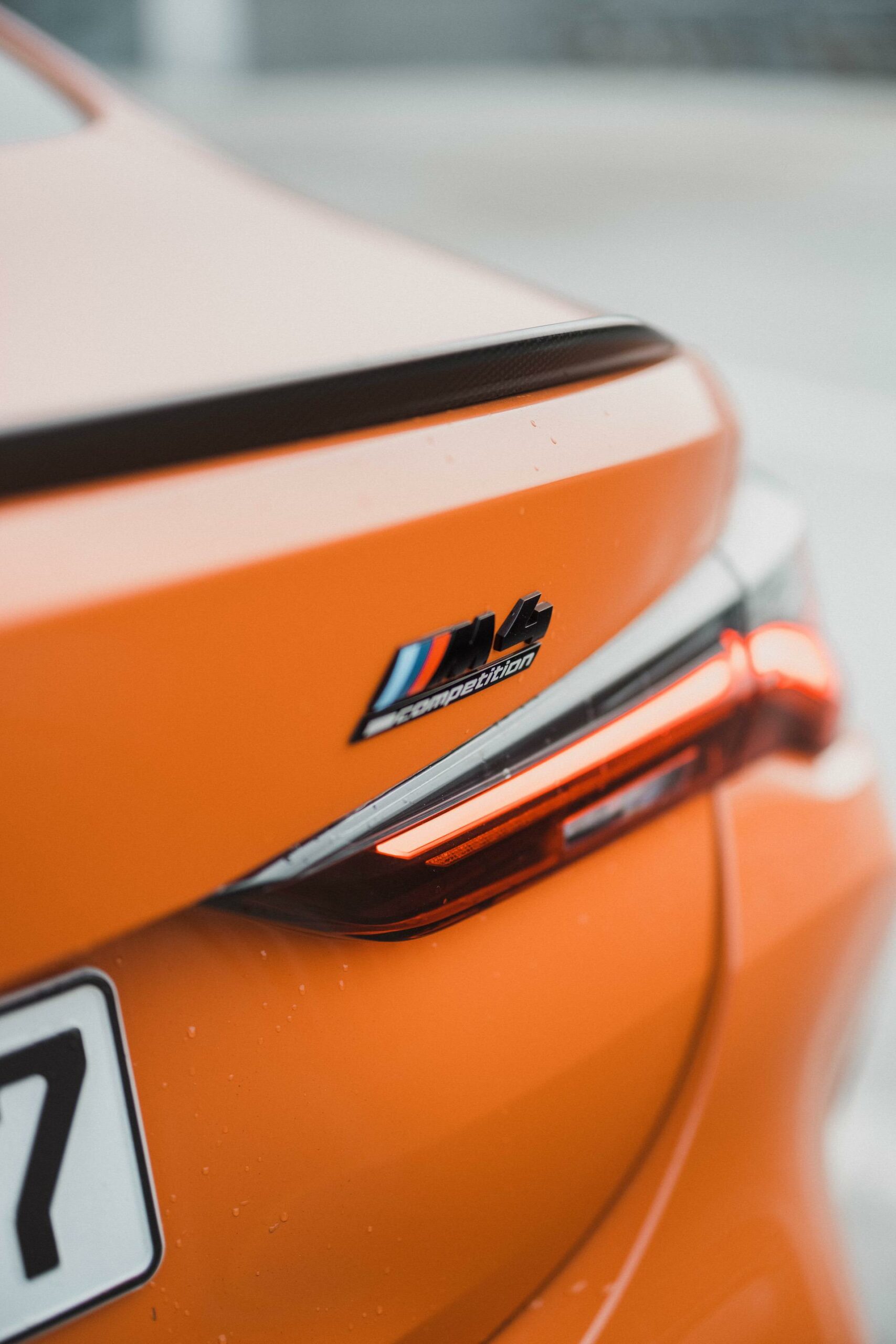 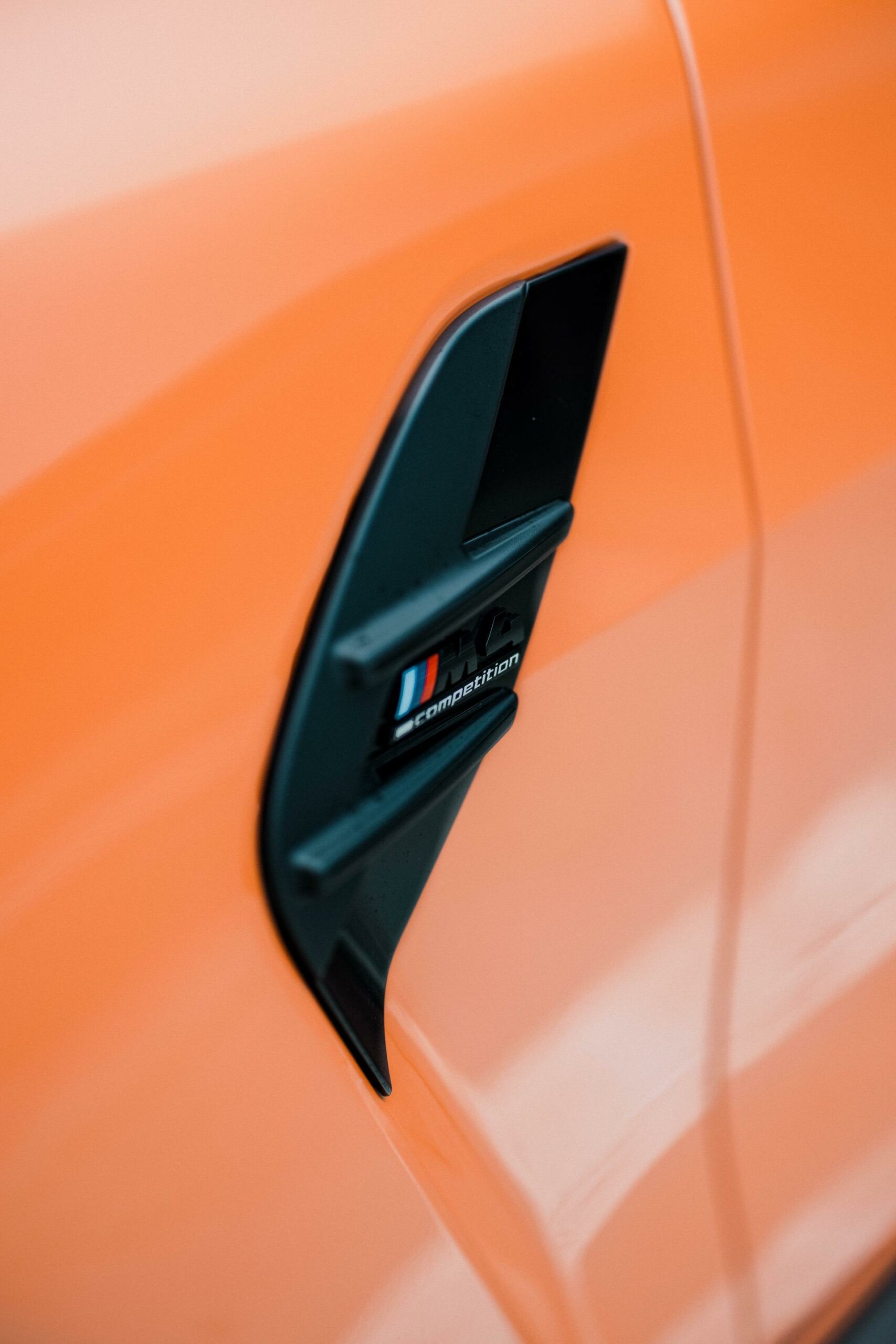