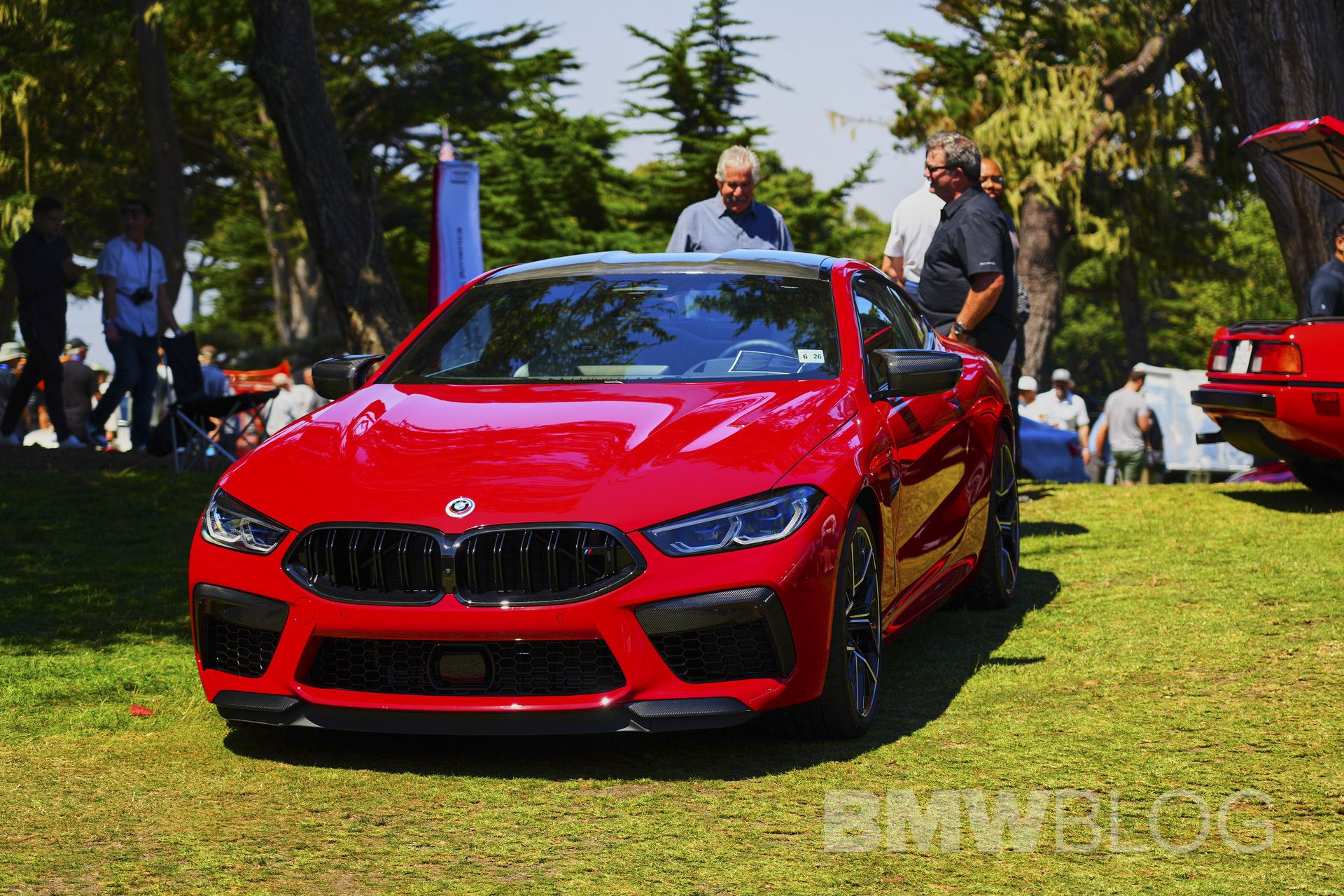 I’ve long been an advocate for BMW Individual colors. To me, the idea of buying a special car like a BMW M car and getting a boring, monochromatic color, is absurd. I hate when I see an M3 and it’s black. Have some imagination, dammit. That’s especially true with more expensive cars, such as the BMW M8 Competition. That’s why this one, seen at the Legends of the Autobahn event during Monterey Car Week, in a stunning shade of Imola Red made me happy.

The BMW M8 Competition is a flawed car: it’s too expensive, it doesn’t handle with the precision you’d expect, and it’s a bit too soft. However, there’s one thing that can’t be denied—it’s a great looking car. In Imola Red, it looks even better, as the vibrant Ferrari red adds a ton of fun to its otherwise very serious design. The bright red also contrasts with the black and carbon fiber accents. It also shows just how much a great color can do for a car. As good looking as the M8 is, it can disappear among other cars in its price point if it’s in a simple color. But give it Imola Red and it shines. 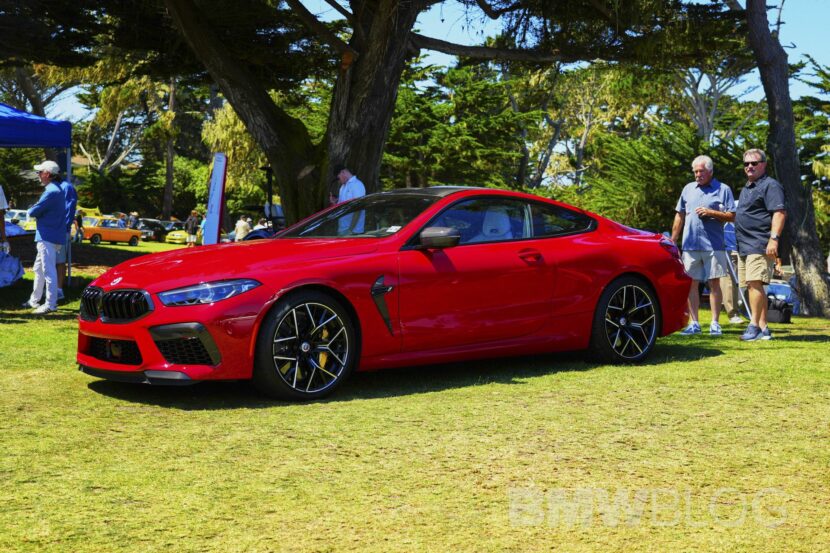 Although, its company in Monterey wasn’t helping it much. BMW’s got some concrete cojones to put the M8 Competition next to a BMW Z8. Sure, they’re similar colors there but the Henrik Fisker-designed Z8 is in different league of beauty than the M8 and that’s coming from a fan of the M8’s design. The Z8 is one of the most perfect retro-looking car designs ever made and it looked stunning on the lawn in Monterey.

It was also next to a BMW M1, which is just breathtaking. The Giugiaro-penned mid-engine BMW is getting better and better looking as it ages. It’s such a shame BMW never continued making M1s, as we could have had some awesome looking cars over the years. 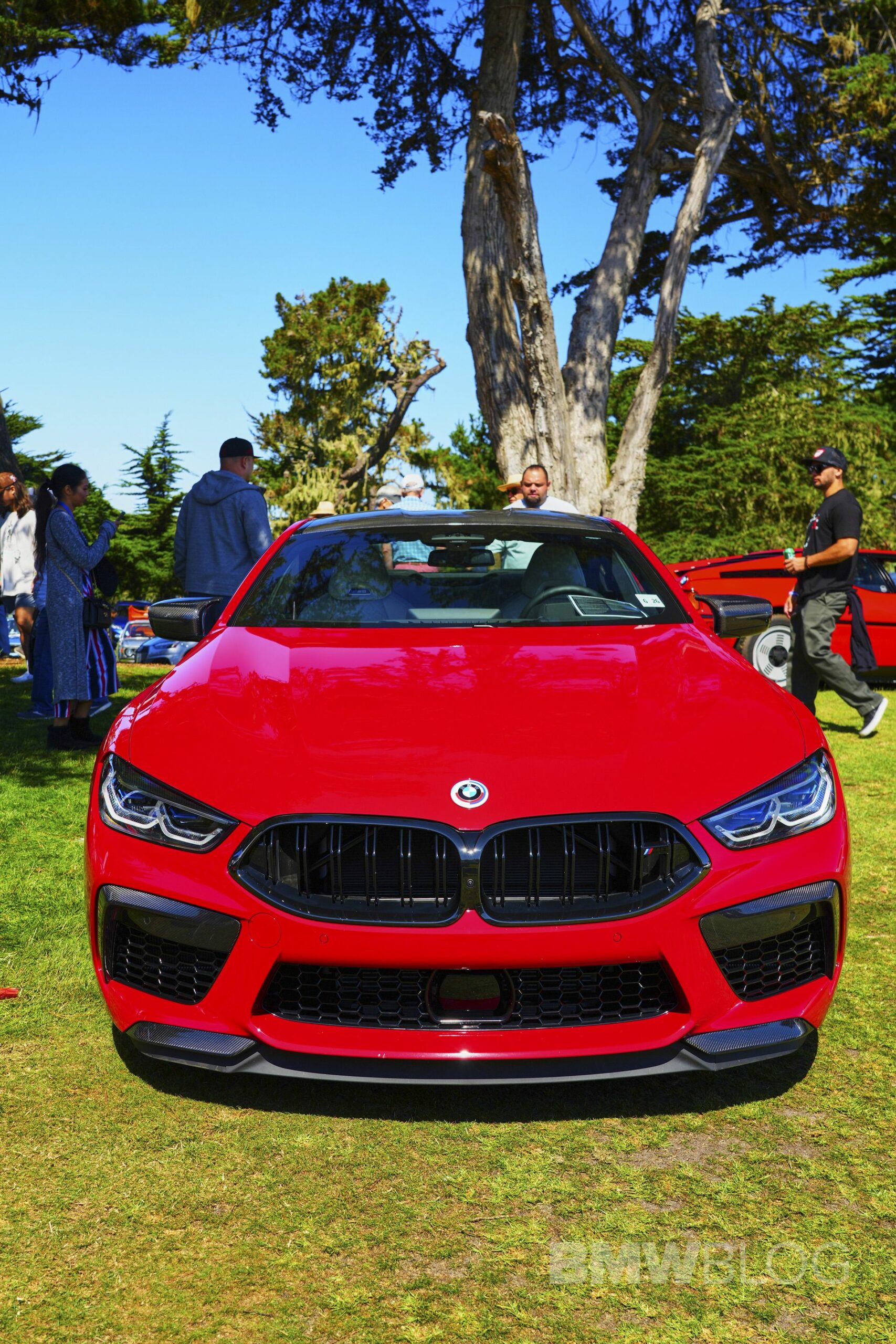 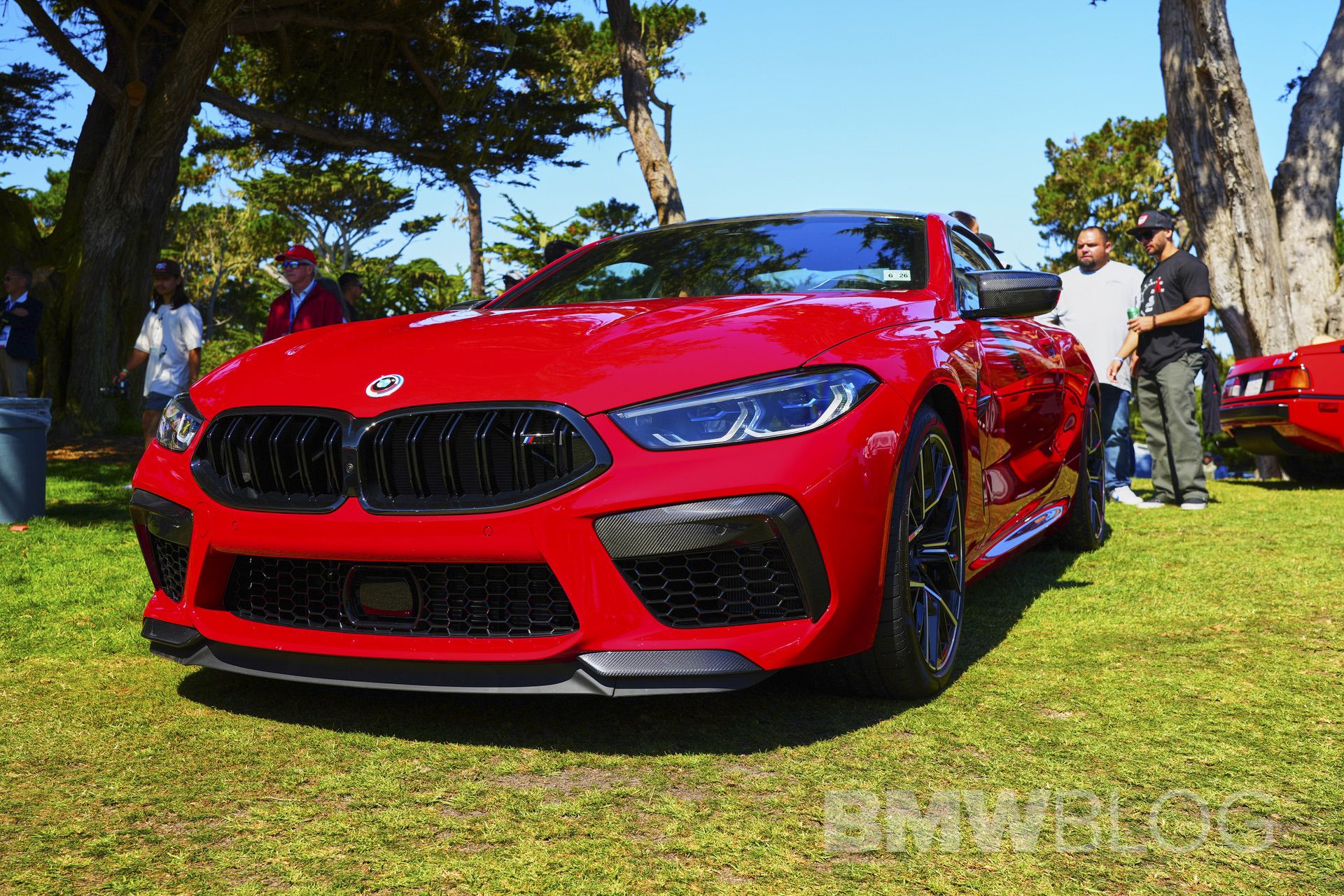 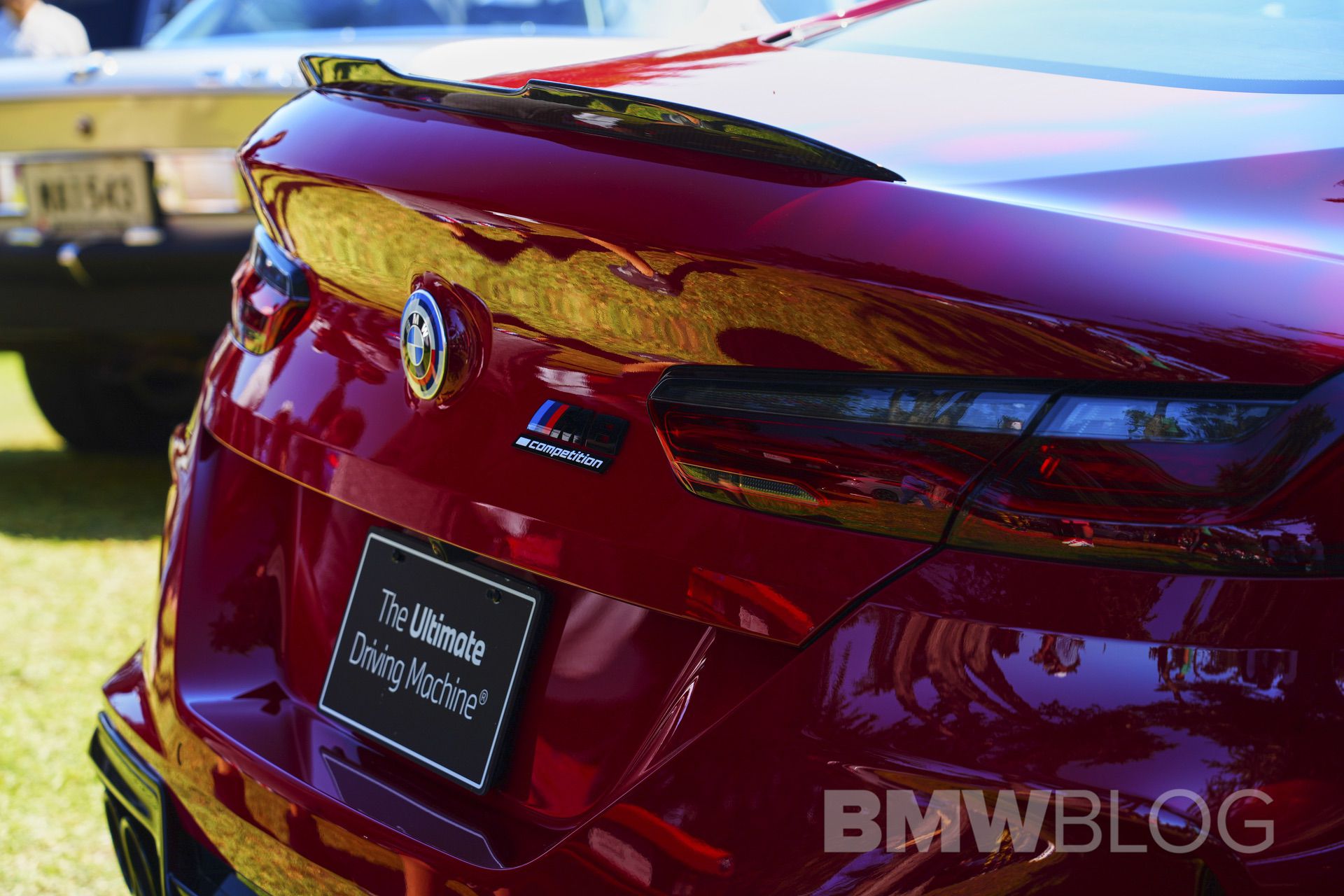 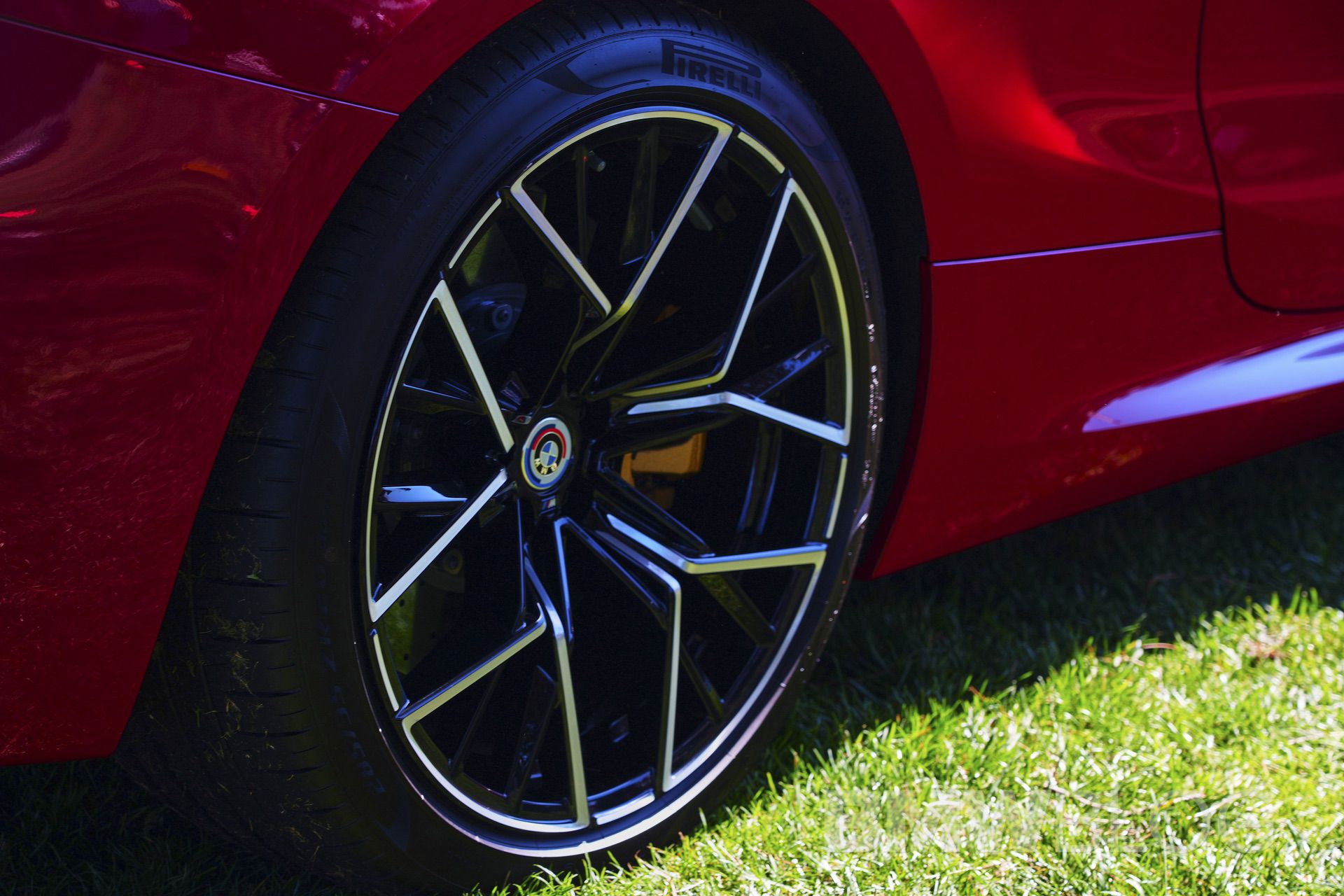 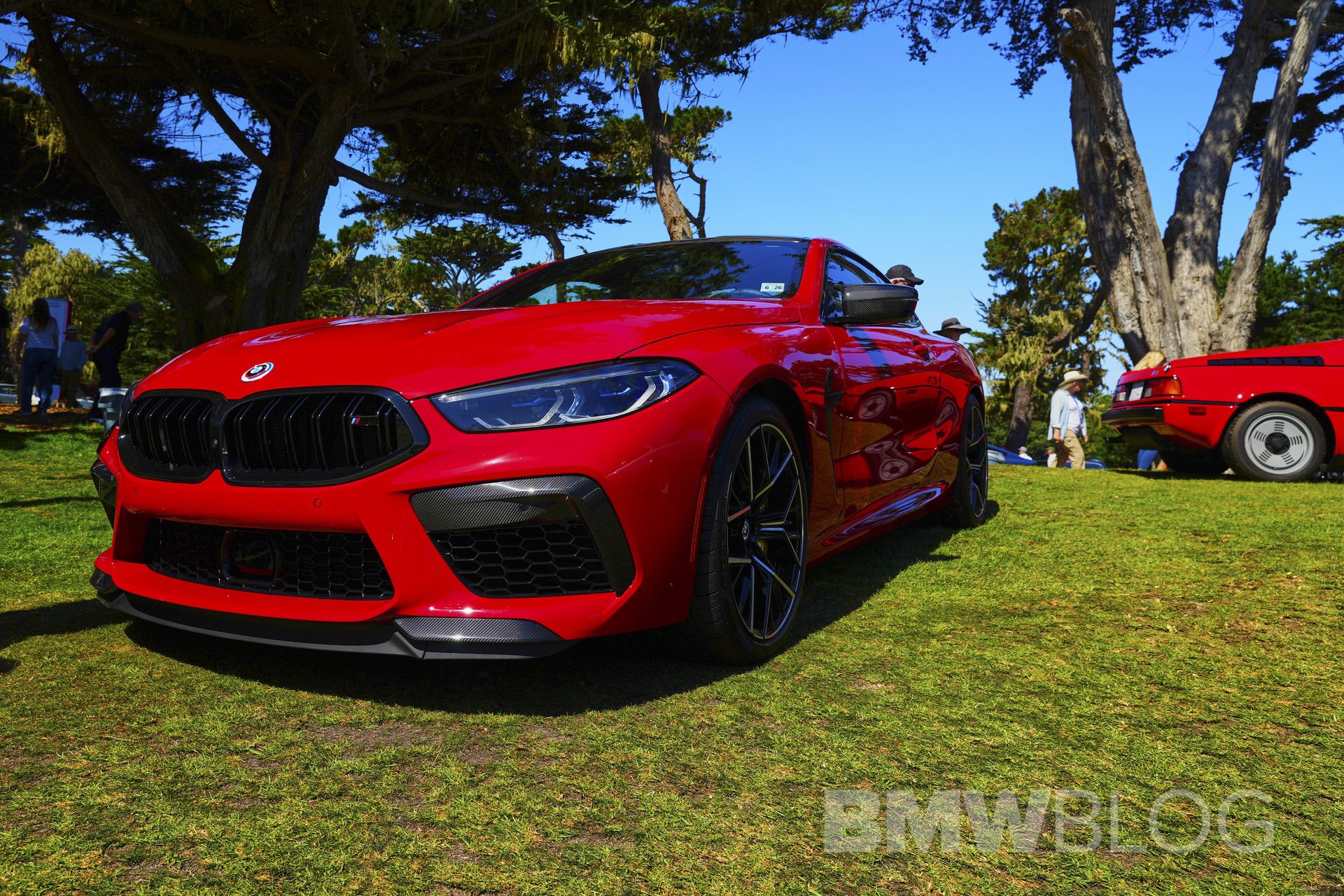 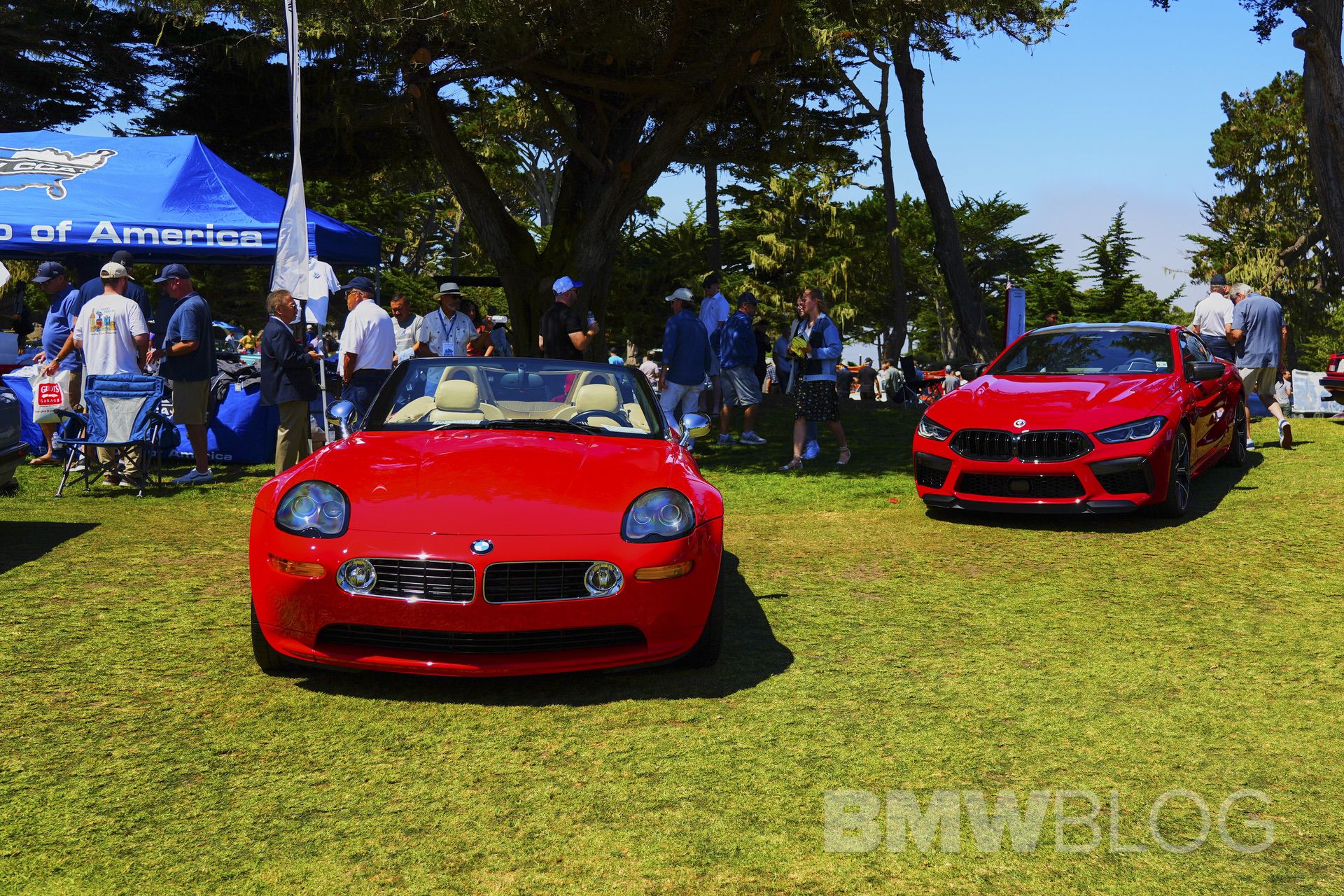 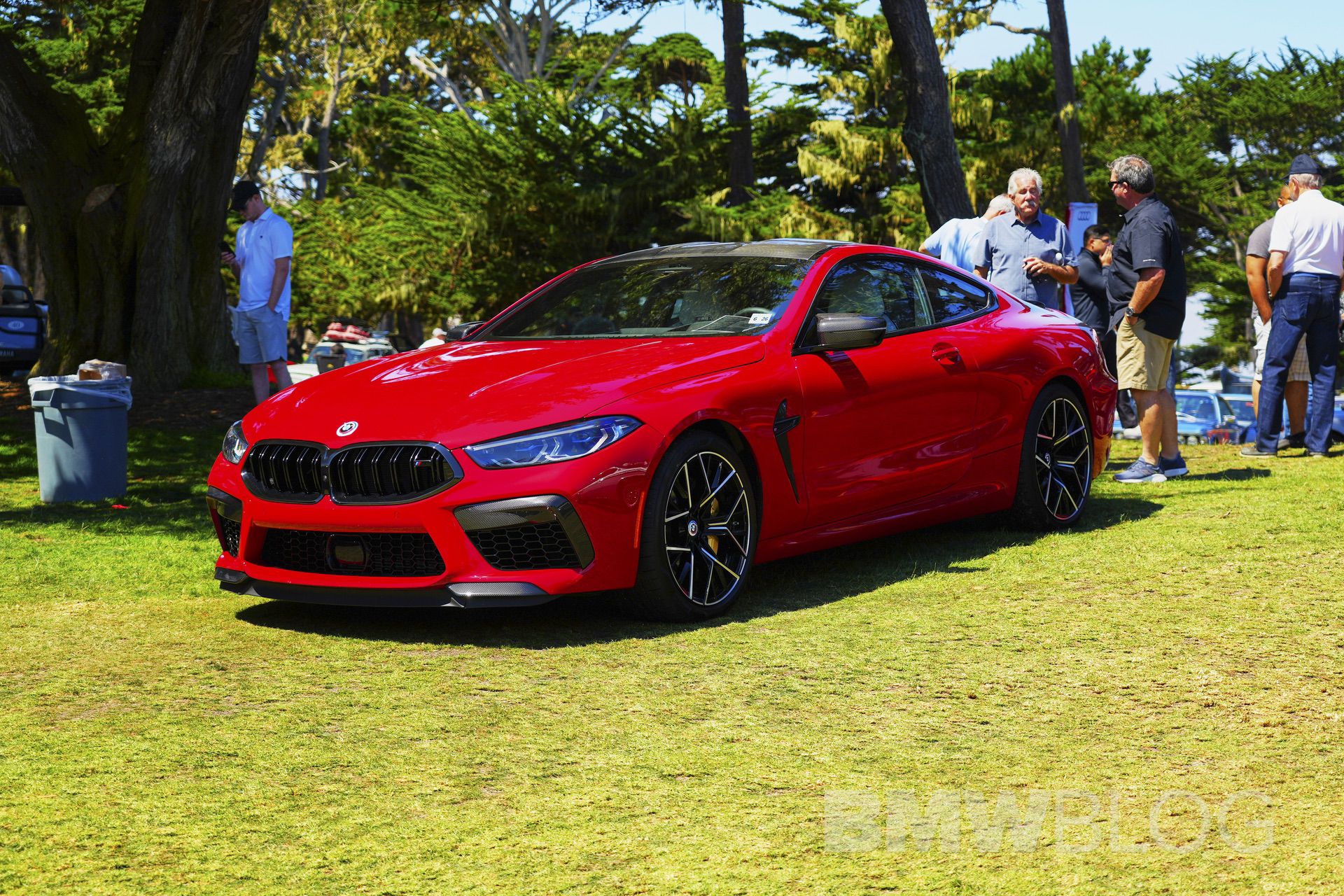 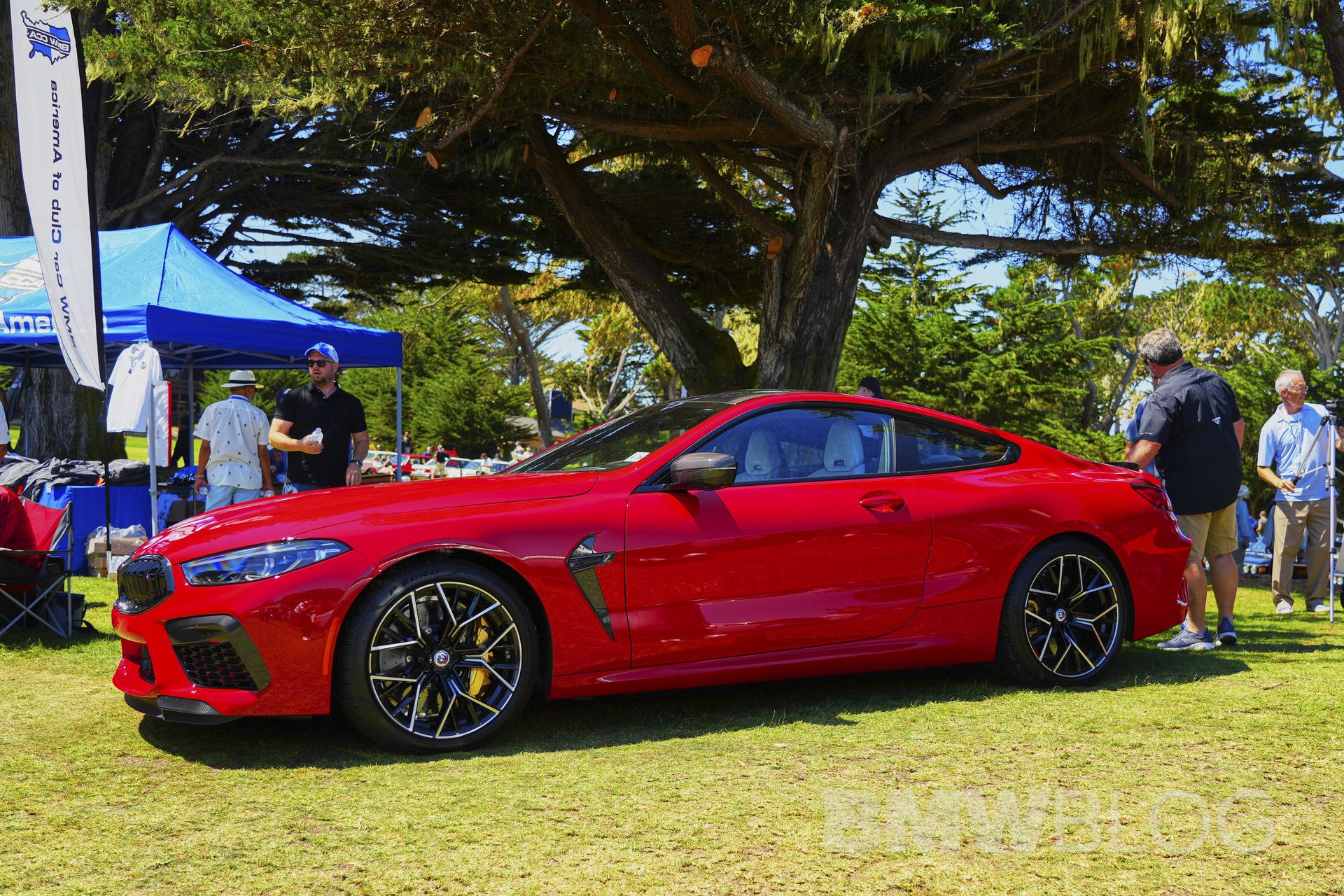 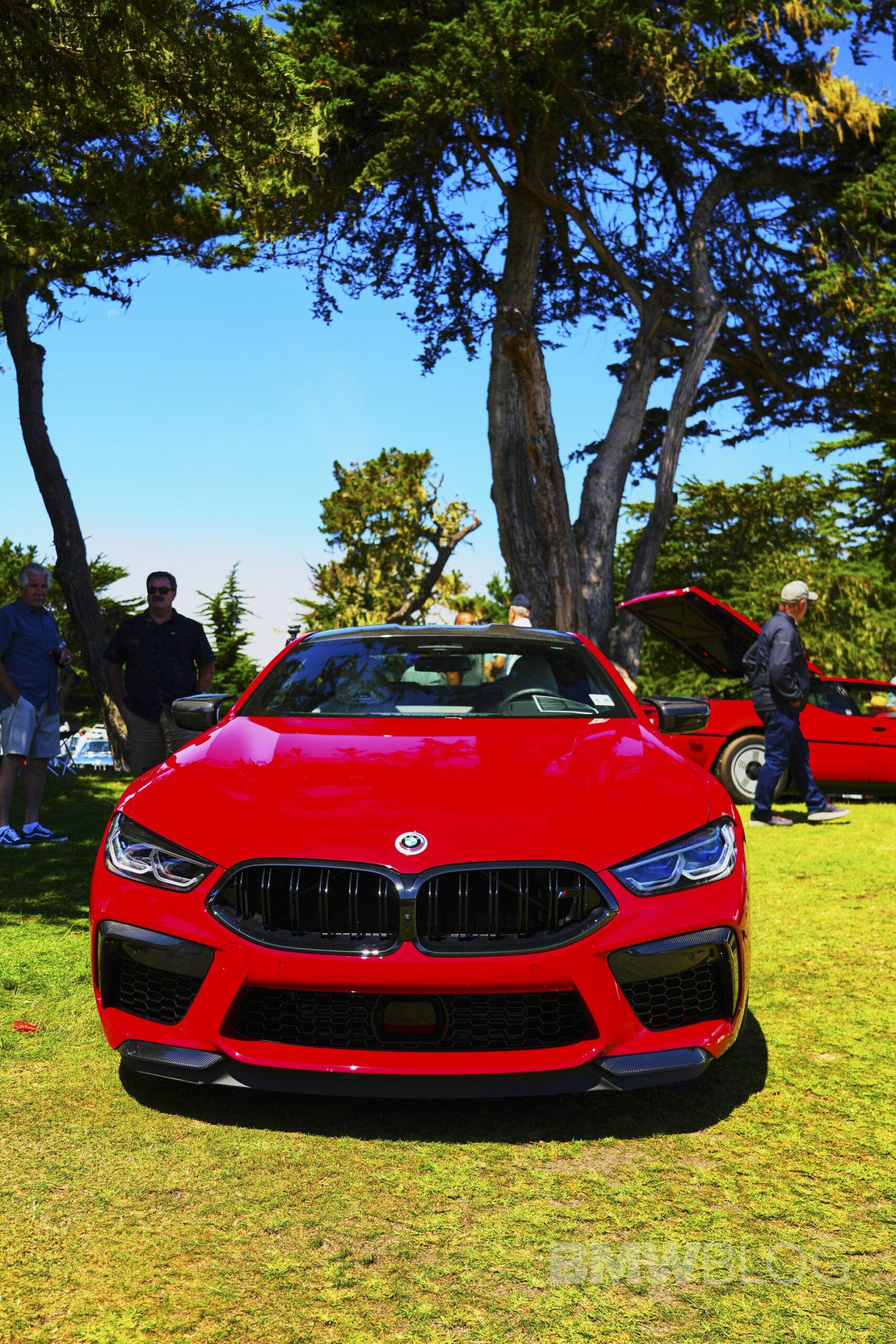