The 6 Series is now merely a shadow of its former self as the lineup has been reduced to only one car – the rather oddball Gran Turismo (GT) only sold in certain markets. However, reports state BMW is looking to revive the 6er family in the second half of the decade. How? By merging the coupe and convertible variants of the 4 Series and 8 Series into a consolidated 6 Series portfolio.

In the meantime, the 6 Series Coupe from the E64 generation has been subjected to a top speed run on an unrestricted section of the Autobahn in Germany. It might not be the M6 with its screaming V10 naturally aspirated engine, but it is the next best thing since it’s the 650i with it 4.8-liter V8. Mind you, the N62 has been modified to extract 535 horsepower and 760 Newton-meters (561 pound-feet) of torque. We’ll remind you that back in the day, BMW rated the engine at 362 hp and 490 Nm (361 lb-ft). 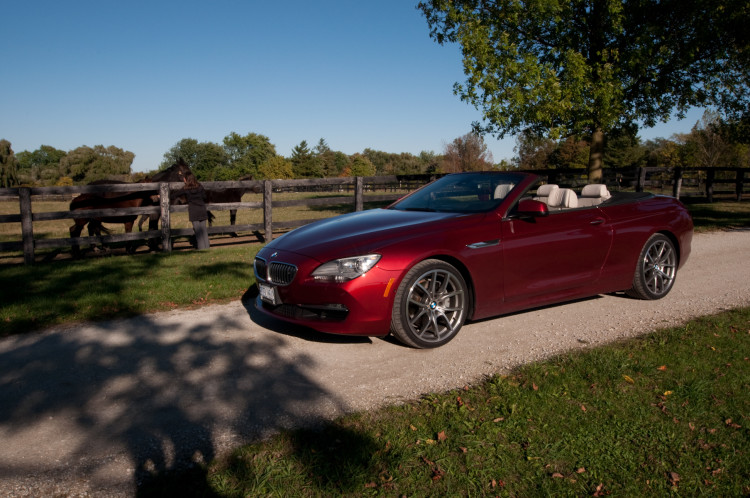 There are actually two high-speed tests featured in this video, one with the top down and the other with the electrically folding fabric roof in position. We rarely get to see convertibles being driven at such high speeds, 259 km/h (161 mph) to be more exact. Granted, that’s the velocity shown by the car’s own speedometer as the real GPS-based speed was a smidge lower, at 252 km/h (157 mph).

After putting the roof back up, the 650i headed to the Autobahn once again to redo the test. With less wind resistance, it successfully got up to a GPS-verified 283 km/h (176 mph) while remaining perfectly stable and predictable at all times. Acceleration is just as impressive, with the soft-top 6 Series needing only 4.4 seconds to complete the sprint to 100 km/h (62 mph) after following a recipe for tuner-prescribed steroids.

If you’d rather have a brand-new 6 Series with two doors, reports state BMW plans to revive the 6er Coupe and Convertible as early as 2026, but nothing is official at this point.