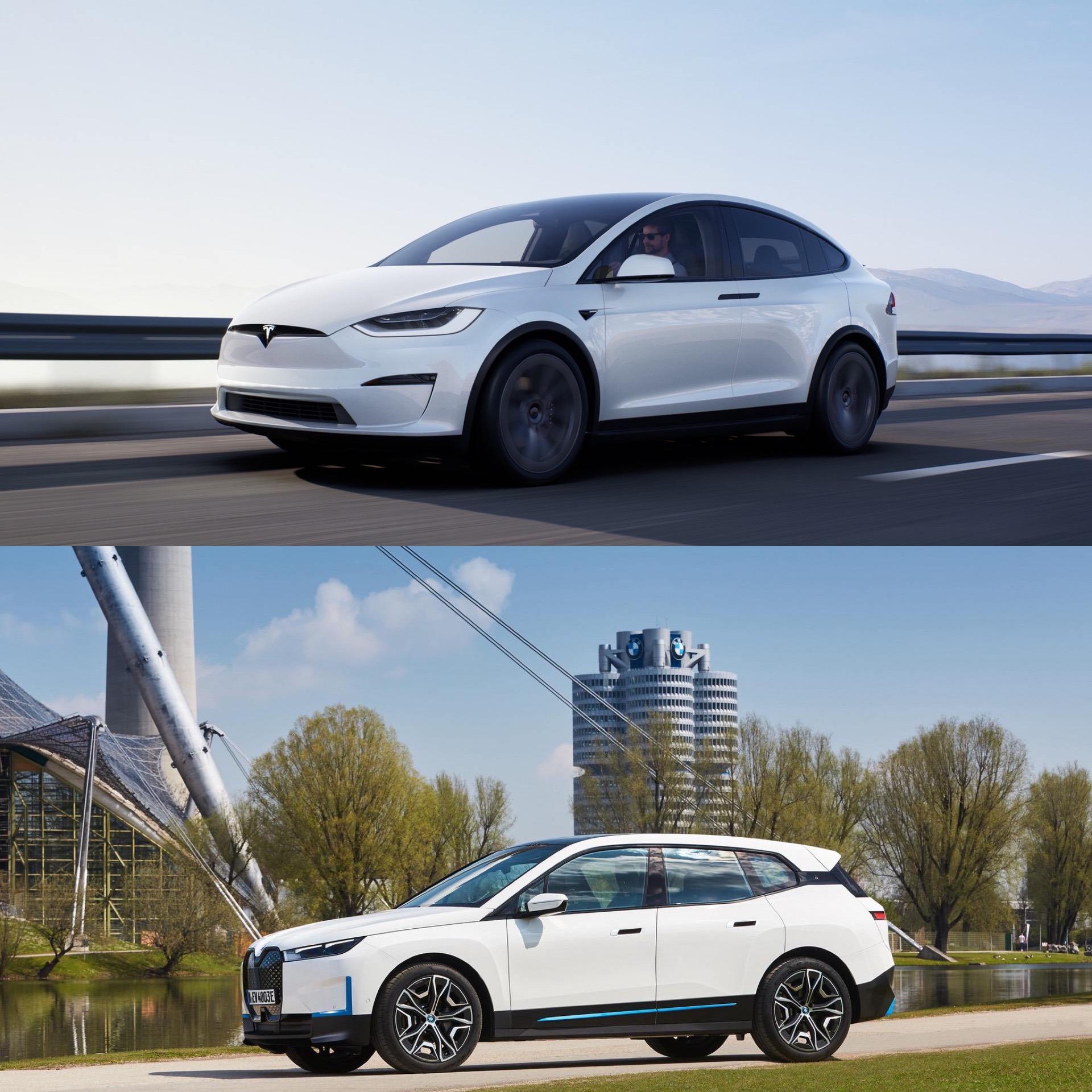 The BMW iX wasn’t exactly met with enthusiasm from the Bavarian fanbase. Its tech specs are impressive, its interior is fabulous, and its pricing is competitive. But its exterior design is polarizing, to say the least. And in the luxury SUV segment, design is 70-percent of the battle. Which is why the iX is going to have to beat out its competition’s looks if it wants to win the sales war with its rivals.

Speaking of rivals, the BMW iX‘s main competitor is, of course, the Tesla Model X. It’s not the only EV SUV in the segment; there’s the Audi e-tron and Mercedes-Benz EQC; but the Model X is the sales king and the household name. So it’s the one BMW needs to take down. Of course, styling won’t be the only deciding factor for customers between both the iX and Model but it will be an important one for premium buyers. So let’s take a look at which one is easier on the eyes.

Up front, this is like a battle of which car you dislike the least. Neither the BMW iX nor Tesla Model X is particularly good looking up front. BMW’s new engorged kidney grille panel looks best on the iX but it’s still not good and the Model X’s squinty eye-headlights and Tesla badge make it look like a rat with a mustache.

Though, I’m going to have to give it to the BMW iX, here. Its headlights looks more modern and high-tech and its fake kidney grille, as weird looking as it may be, is actually a cool housing panel for sensors and is covered in a self-healing material. So while the iX isn’t particularly good looking at the front, it has some cool function to its form. Plus, it’s more visually interesting.

In profile, there’s no contest here — the BMW iX is the better looking car. It’s shaped like a traditional SUV but has relatively short overhangs and nice proportions. Its D-pillar kink isn’t BMW’s most successful design, and tries to hard to emulate the i3, but that’s really the only annoyance. The rest of it looks good from the side.

Out back, both cars are pretty boring. They both have simple taillights and, because they’re both electric, they lack exhausts and rear diffusers. The iX is a touch better looking, though, because it slim headlights look more modern and its proportions are less frumpy. The Model X is also just too boring.

Inside, it’s a closer match. The new Model X interior, which was updated along with the Model S, gets a new landscape-oriented screen that looks far better than the old portrait-oriented screen. It also gets more wood and a more modern design. The yoke steering wheel is idiotic at best but it’s only an option. A normal steering wheel is available and, in the opinion of sane people, the only real choice. However, I  still think the iX takes the win. Its cabin is more visually interesting, features a ton of different high-quality materials, recycled materials, and some unique idea, such as touch capacitive buttons built into wood trim.

Now, it’s fair to say that the Model X has better range and power, and arguably battery tech, and those could be valid arguments (we’ll have to test the iX before we can say which is better). But for now, the BMW iX wins the style battle.