The biggest launches in BMW’s camp this year are, weirdly enough, not powered by a V8 or straight six engine. As a matter of fact, they don’t have an engine at all but instead use electrons and electric motors to get around. The new BMW i4 and BMW iX models are coming and will bring the latest and greatest tech from Munich. Along with some new naming conventions.

According to a forum post, from a source that proved to be quite reliable in the past, the new BMW i4 and iX models will get a rather familiar naming scheme. Reportedly, the i4 will be available in three model guises: eDrive35, eDrive40 and M50. Based on our own sources, BMW went back and forth with the nomenclature for the new electric cars. 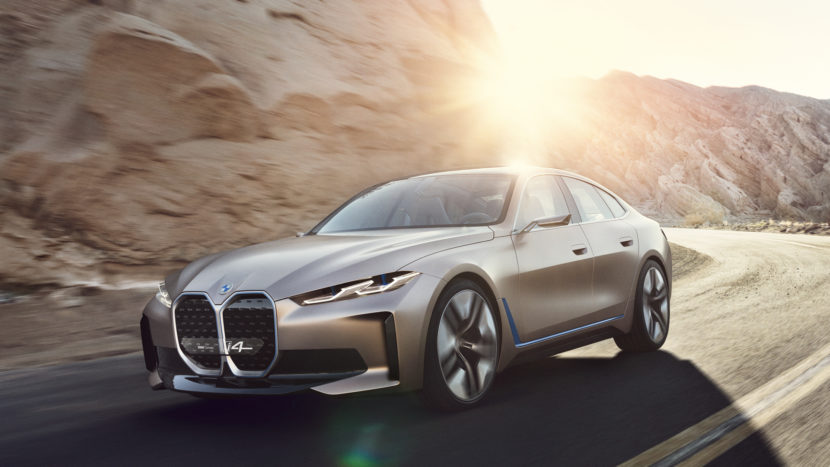 Initially, the working names were BMW i435, i440 and i4 M50 (an M Performance Automobile from the M Division). But those didn’t stick around. Out of the three i4 models, only one will come with the xDrive system: the i4 M50. The number at the end of the “eDrive” badge simply denotes a more powerful and expensive model, versus the battery capacity seen in Tesla models, for example.

On the BMW iX side of things, we’re allegedly getting the iX xDrive40, iX xDrive50 and iX M60. Just like in the case of the i4, the names suggest the kind of traction the car will have and the performance. Now, the big mystery remains: what kind of specs are we looking at here? According to our own sources, the entry-level i4 could have a 60 kWh battery, which means power could also be down, in favor of a better balance for the range.

The 80 kWh battery used in the iX3 will most likely be offered on the eDrive40 model as well as the xDrive40 iX model. The M50 and M60 versions will have one electric motor for each axle. We don’t have any specs about the potentially M-tuned BMW iX but it’s said to potentially pack around 600 horsepower. We know that BMW is capable of such power, as its Power BEV concept a couple of years back put out around 700 horsepower.