Does the BMW “Lucy” Power BEV prototype hint at the next BMW M5?

Home » Models » 5 Series » Does the BMW “Lucy” Power BEV prototype hint at the next BMW M5? 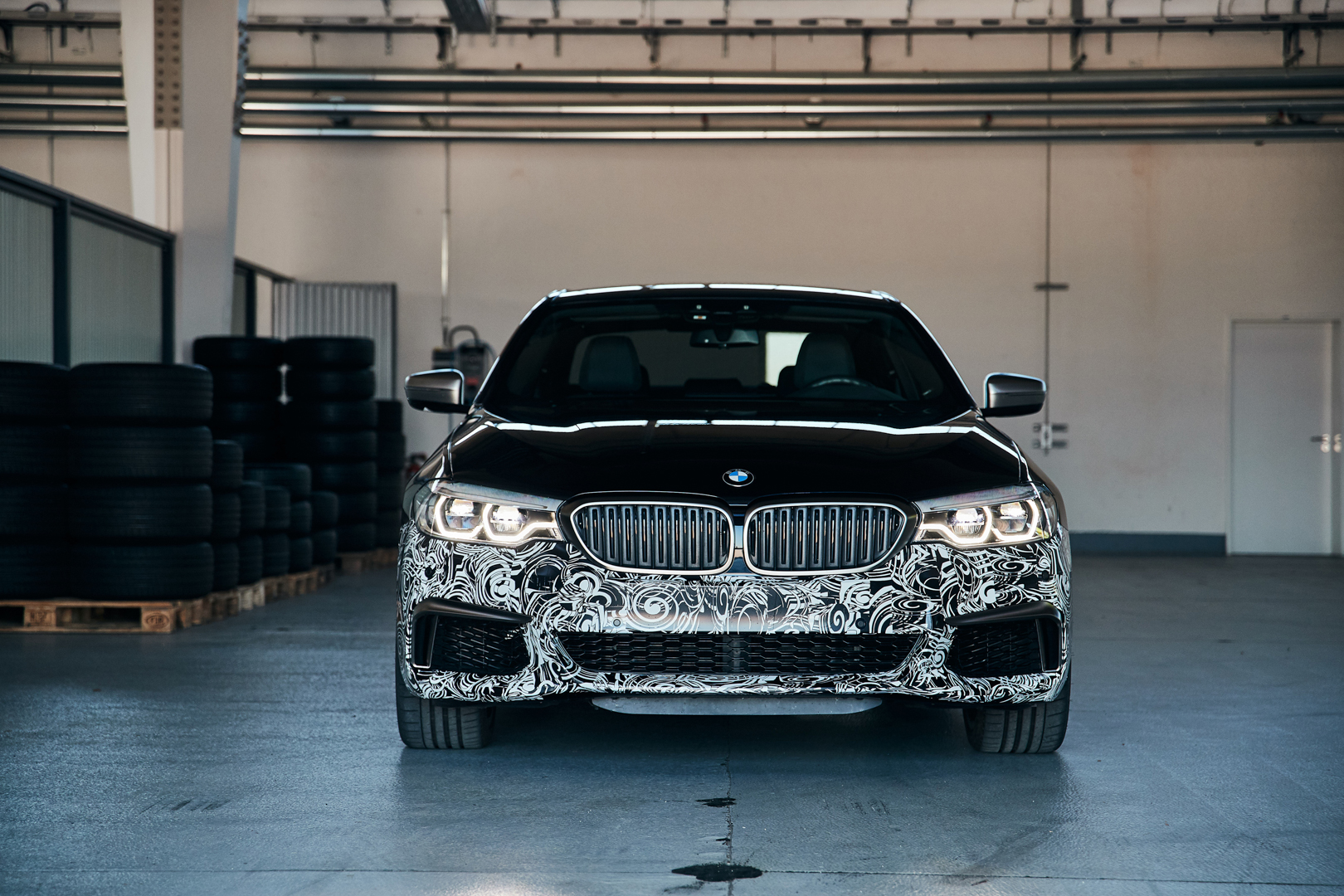 When BMW first showed off the Power BEV prototype — codenamed “Lucy” — at the #NEXTGen19 event, many fans immediately thought of the future BMW M5. Not just because Lucy is a modified 5 Series but also because of the unbelievable performance it achieves as a massively heavy sedan.

For those who haven’t read up on Lucy, she’s an all-electric, modified G30 5 Series with three of BMW’s new electric drive units. BMW’s new fifth-gen electric drive units are each composed of an electric motor, gearbox and all of the requisite electronics. So it’s one housing that manages to pack all of that inside, without using any rare-earth materials, and it’s built in-house by BMW. Three of those are packed into Lucy’s chassis, with two powering the rear axle and one powering the front. Total power output is an astonishing 710 hp and 884 lb-ft of torque. 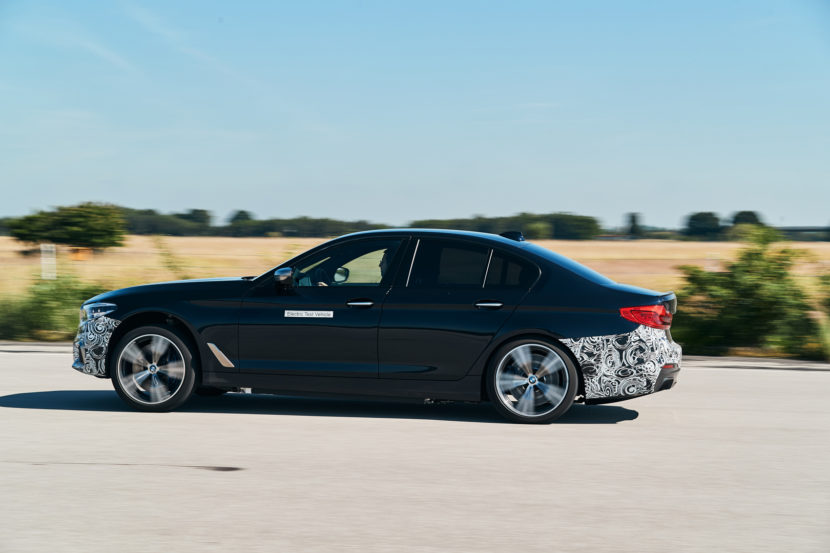 Because Lucy is built on a modified G30 5 Series chassis, which isn’t designed to become a proper EV, it’s very heavy, around 5,300 lbs. So it weighs more than a BMW X5 and yet can still accelerate from 0-60 mph in 2.8 seconds. That’s stomach-churning speed. In fact, it’s just as fast as the actual BMW M5, despite being several hundred pounds heavier and a hastily-made prototype.

That sort of power and performance has a lot of fans dreaming of a future all-electric BMW M5. We all know that BMW’s M Division is going to be working with electrification quite soon. We’ve heard that from BMW M’s boss and we’ve seen it with the new Vision M NEXT concept car. With the next-gen M5 not hitting the market for another few years, it’s not outside the realm of possibility for it to be entirely electric. 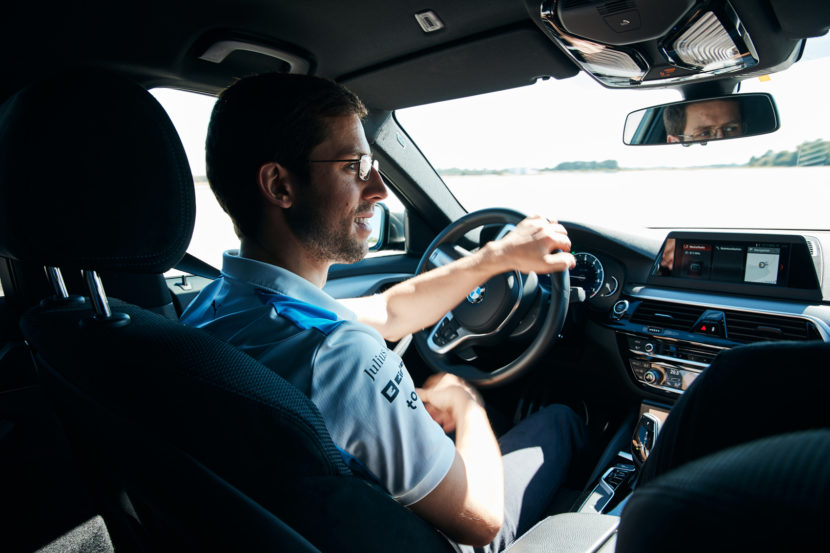 While that might piss off a lot of purists (considering they had a cow when it went turbocharged and then boycotted when it became all-wheel drive), an electric BMW M5 makes so much sense. Nothing can deliver the sort of brutal, neck-snapping acceleration that electric power can and, as regulations become stricter and stricter, electrification is going to be the only way for BMW to deliver such power while also abiding by the rules.

For the purists who would hate such a thing, take solace in the fact that BMW already knows how to make EVs act like proper lunatics. And Lucy is the example. During #NEXTGen19, BMW took groups of journalists for rides in Lucy and they all came back wanting to puke. That’s because all of that furious power can be used to make the big, heavy 5 Series dance surprisingly well. Using two electric motors at the rear, with one powering each wheel, BMW has been able to create more accurate torque-vectoring than ever before. It’s so much better at accurately delivering power to the rear axle than any differential could dream of. So big, smoky slides were not only possible during the demonstration, they were common. 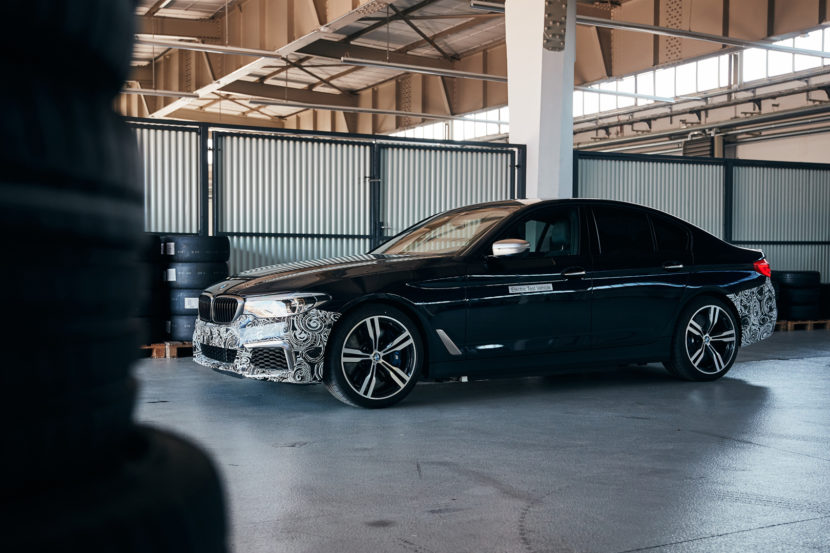 So if you think that it’s not possible to make a proper BMW M5 with electric motors, think again. BMW’s proved it with this new prototype and we think it only makes sense to move forward with it.

11 responses to “Does the BMW “Lucy” Power BEV prototype hint at the next BMW M5?”