Recently unveiled BMW M4 CS or the upcoming BMW M2 CS got us all thinking about other iconic BMW models. And what car is more widely recognized in this field than the BMW E46 M3 CSL?

This M3 wrote the book on how special edition Bimmers should be made and 14 years later, it’s still one of the best driving BMWs. With a total of 1,383 units ever made, the CSL distinguished itself from the regular model first and foremost due to its lighter construction. To mention just a few, the CSL had a CFRP roof, a front bumper made of the same material as well as a trunk lid made out of SMC (sheet molding compound).

And the lightness of the car made a huge difference on the track, the car being praised unanimously by every single journalist out there who actually got to drive it. Owners were also ecstatic about the way it drove at the limit but the car did have one flaw: it wasn’t fast enough in a straight line.

The engine under its hood was a slightly modified version of the 3.2-liter S54 unit of the regular M3. Due to a variety of upgrades including a new intake, new camshafts and exhaust valves, the power was increased to 360 HP and 273 lb-ft of torque. Good figures but enough to turn the CSL into a straight line monster. 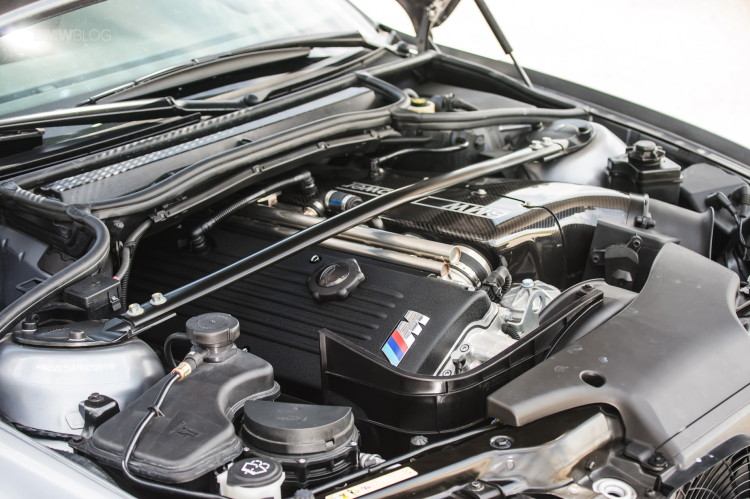 That wasn’t the intention of the BMW M division though and people could care less. However, the video below does show just how big the difference between a new generation M3 and its predecessor can be, even if we’re talking about a special model.

In it we get to see the BMW E46 M3 CSL go up against a manual 6-speed E92 M3 on the drag strip. To put things into perspective just a little, we should point out that the S65 4-liter engine of the E92 does make 420 HP and 295 lb-ft of torque, even though the car is noticeably heavier. What does that translate into when it comes to drag racing? Well, let’s take a look.