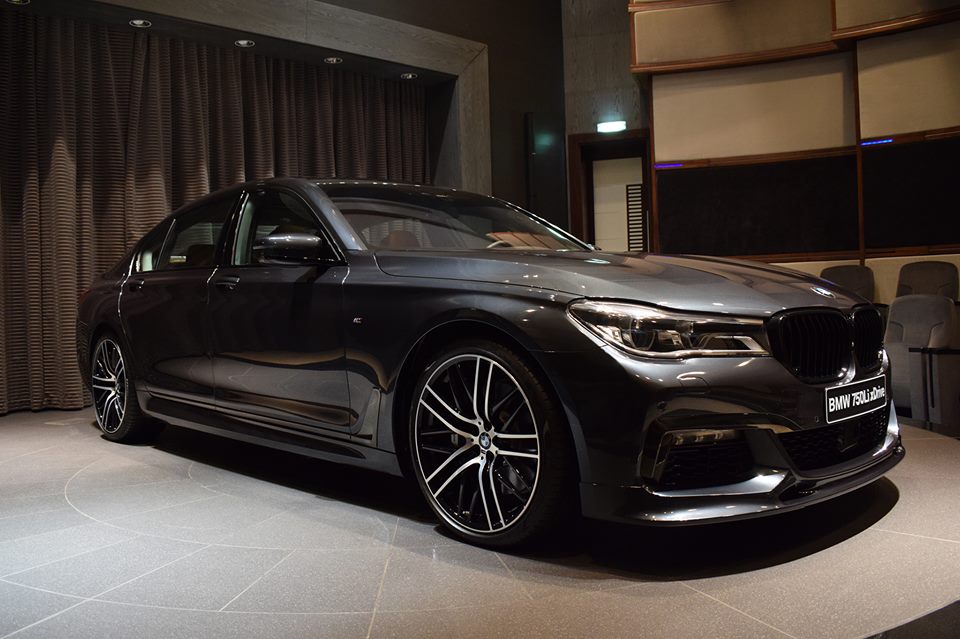 Just the other day we were looking at the BMW M760Li xDrive model, arguably the most aggressive-looking 7 Series you can get at the moment. However, we haven’t forgotten that tuners are also out there offering kits for the flagship BMW. One of the first to announce enhancing parts for the 7 Series was 3D Design.

The Japanese tuner launched a couple of aero bits and pieces for the limousine a couple of months after it made its debut. Now, a BMW 7 Series delivered in Abu Dhabi was showcased wearing part of their kit, and we have to admit, it looks the part. Under the hood we also have a powerful V8 while the rest of the car is wearing the M Sport package. 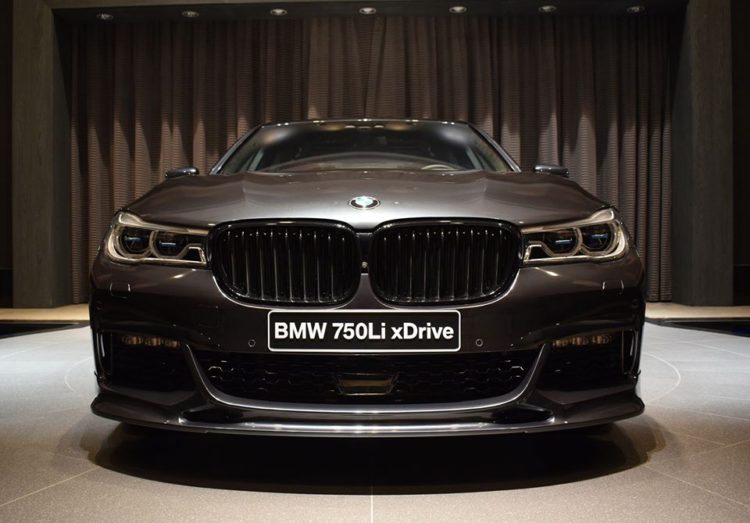 Together they create a powerful combination of style, grace and mean looks. The massive air intakes on the sides of the front bumper are now further accentuated by the 3D Design front spoiler. There’s also a set of 21” M Performance bi-color alloy wheels on all four corners of the car that match the Singapore Grey exterior paint perfectly. Parts from the M Performance catalogue are also installed such as an M Performance Boot spoiler, M Performance Black Kidney grilles and M Performance Metal Pedal set inside the cabin. 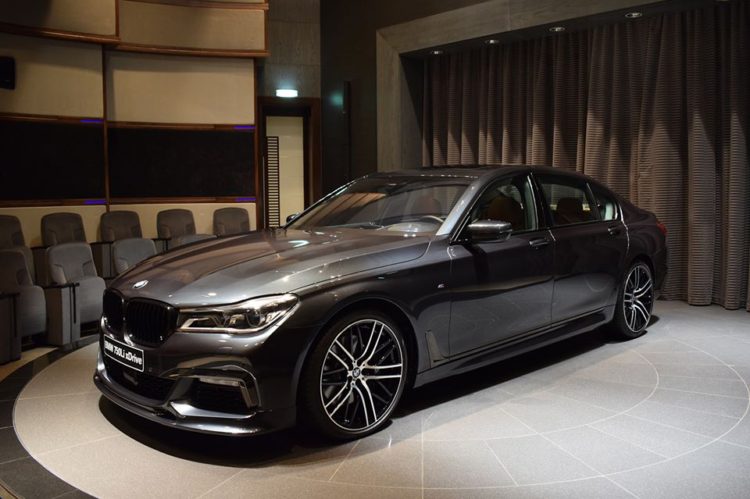 The 750Li xDrive model uses a V8 as we mentioned earlier, delivering 450 HP and 650 Nm (479 lb-ft) of torque. Thanks to its all-wheel drive setup, it managed to sprint to 100 km/h (62 mph) from standstill in 4.5 seconds. It’s safe to say, then, that this thing has the performance to go with its menacing looks. 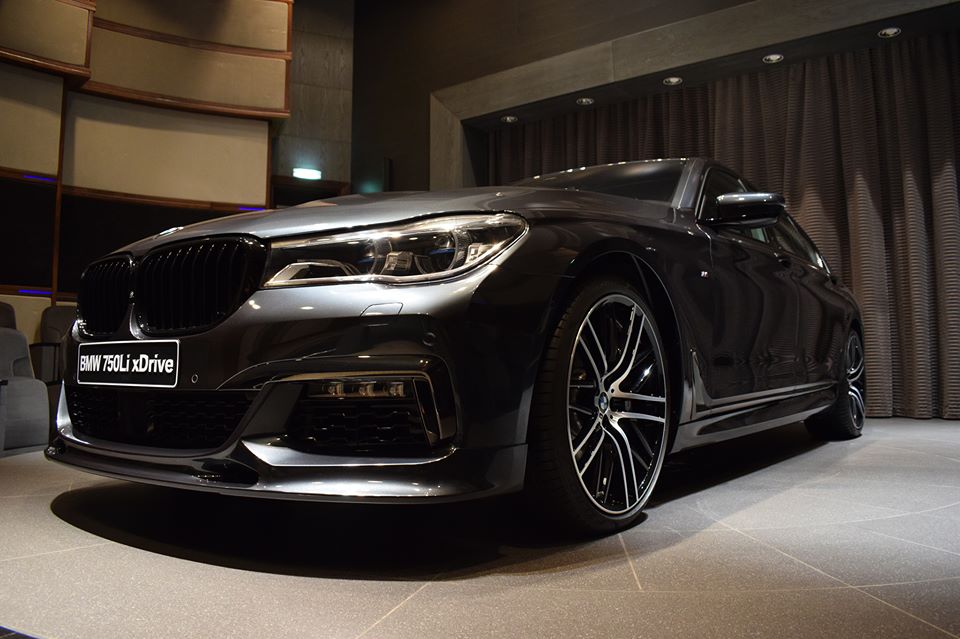 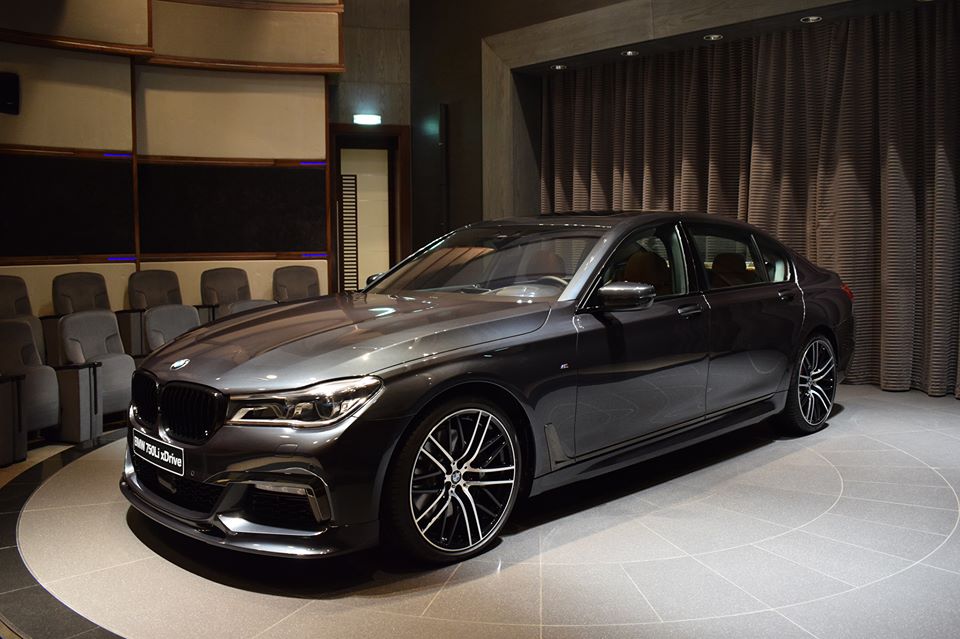 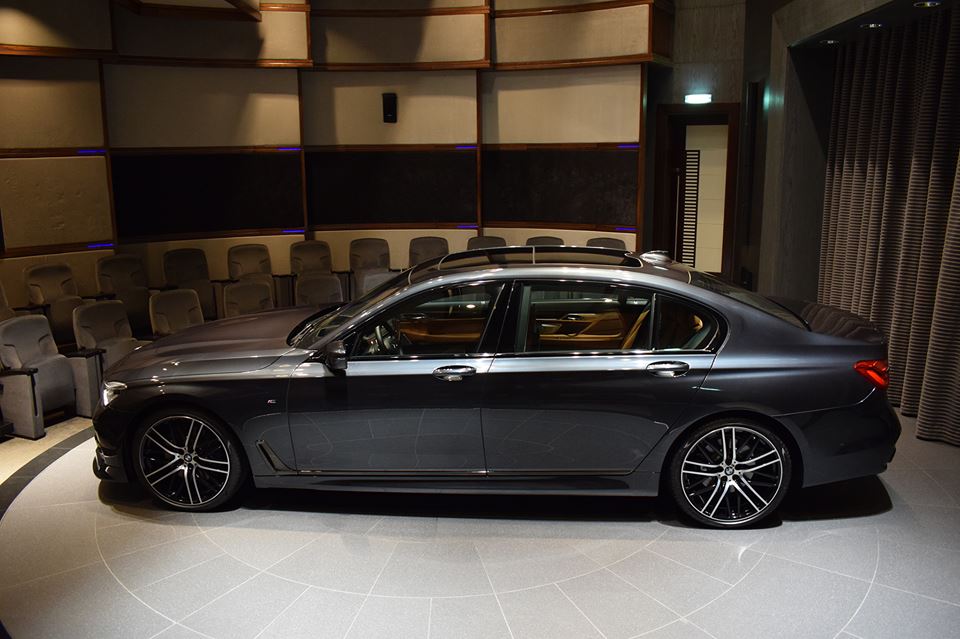 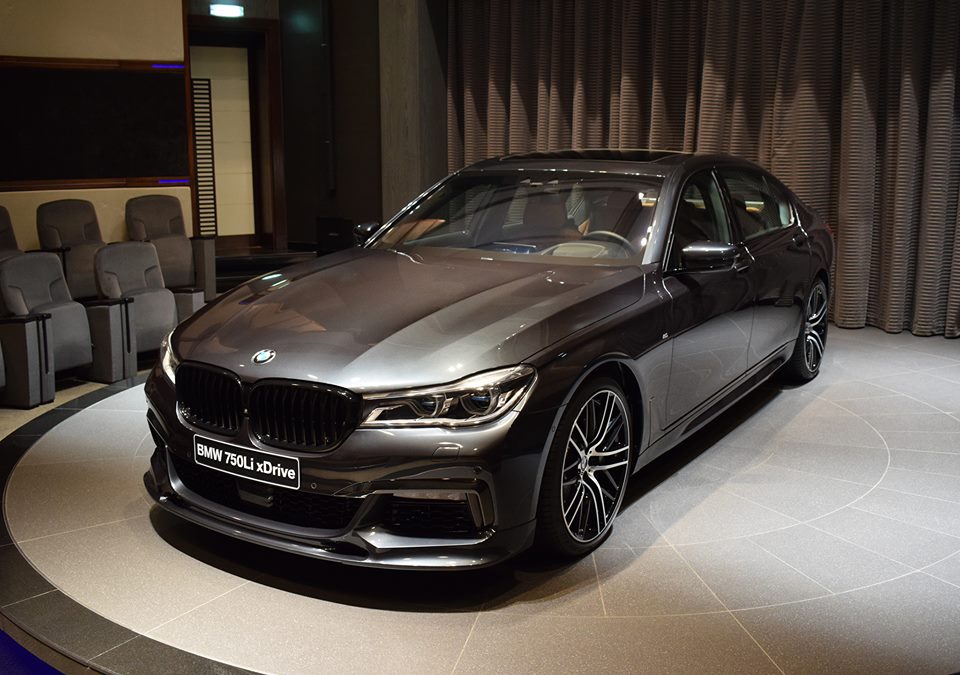 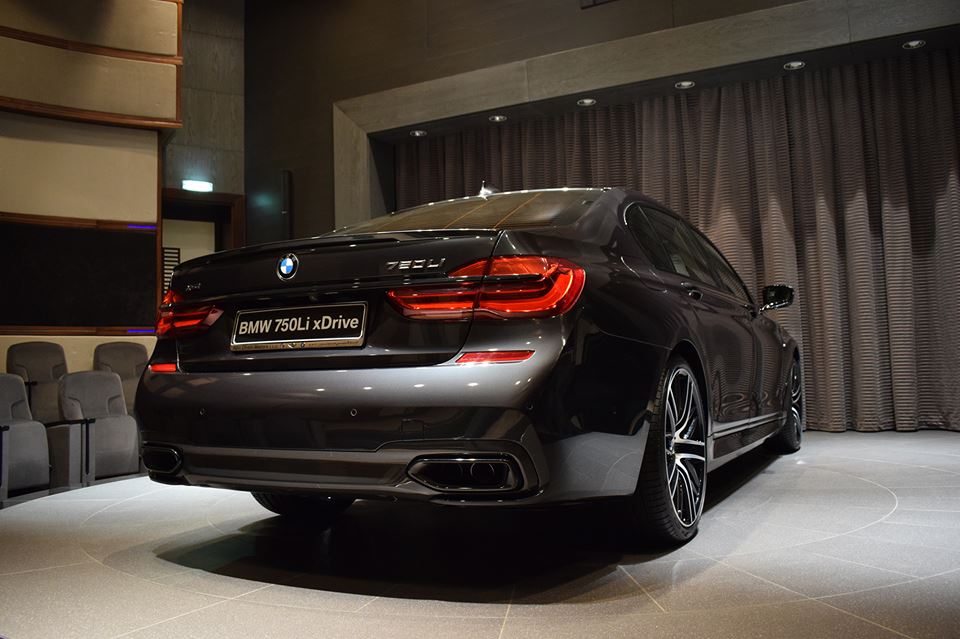 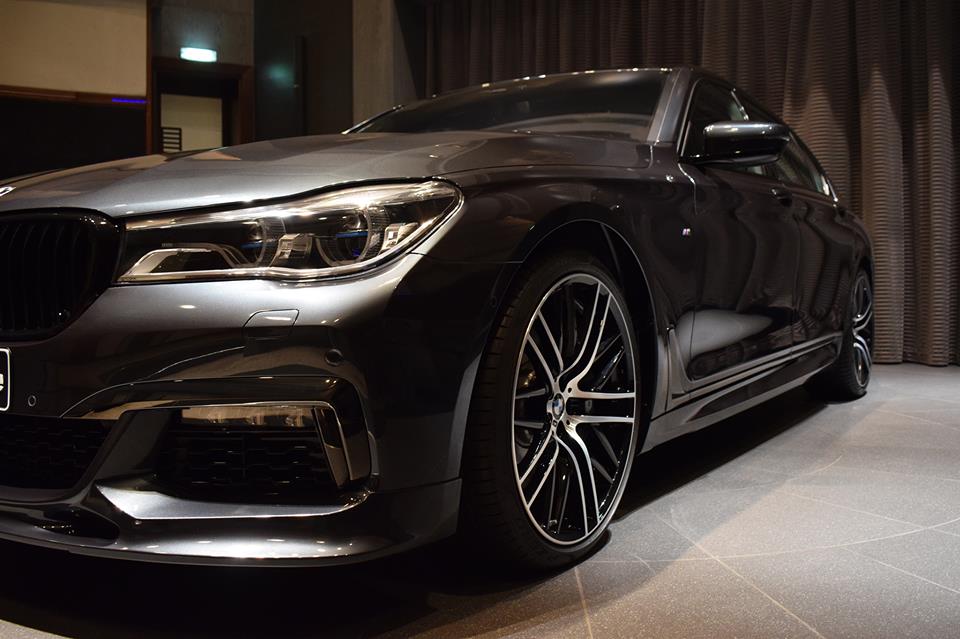 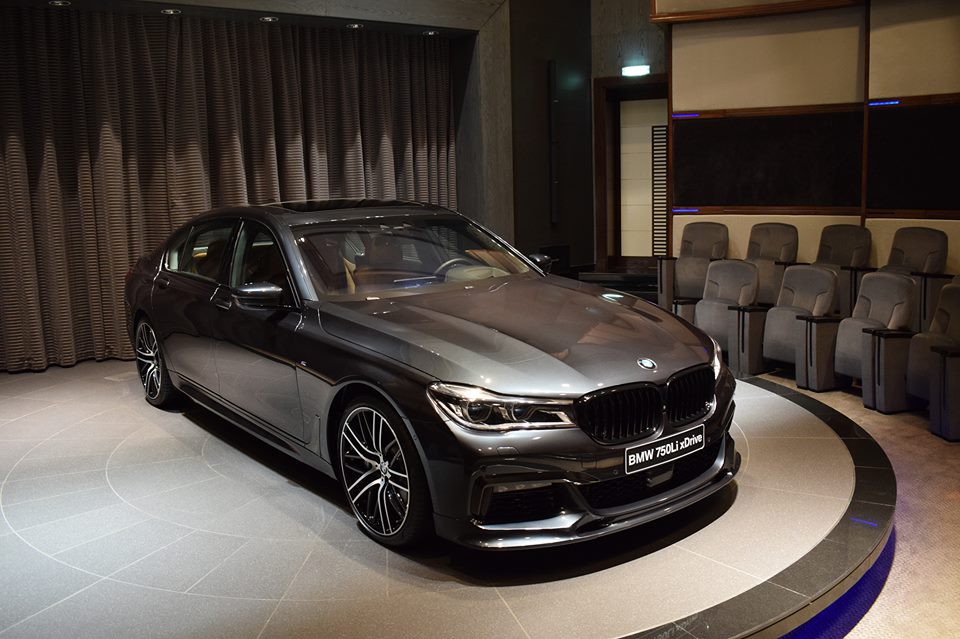 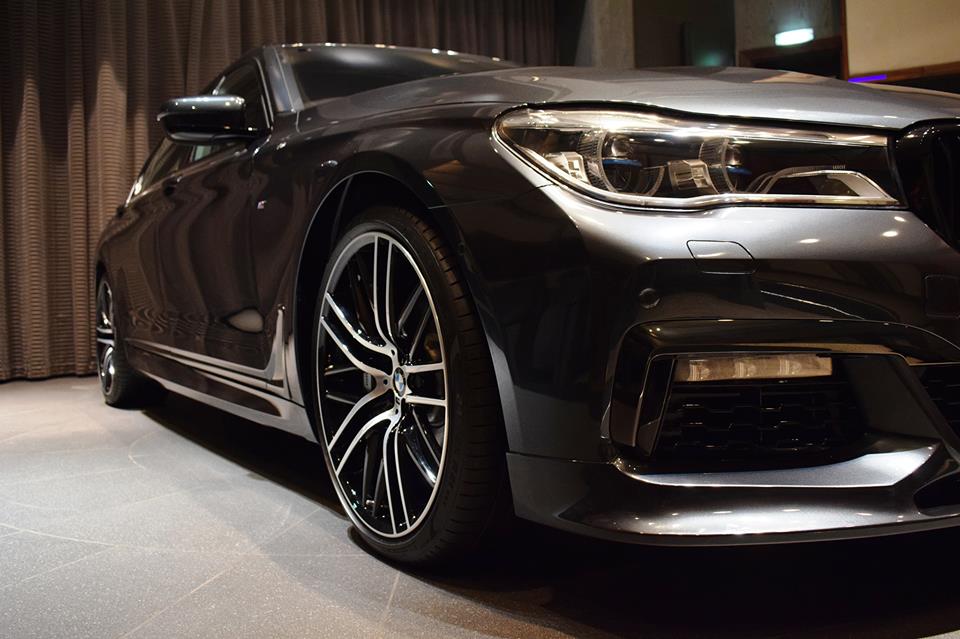 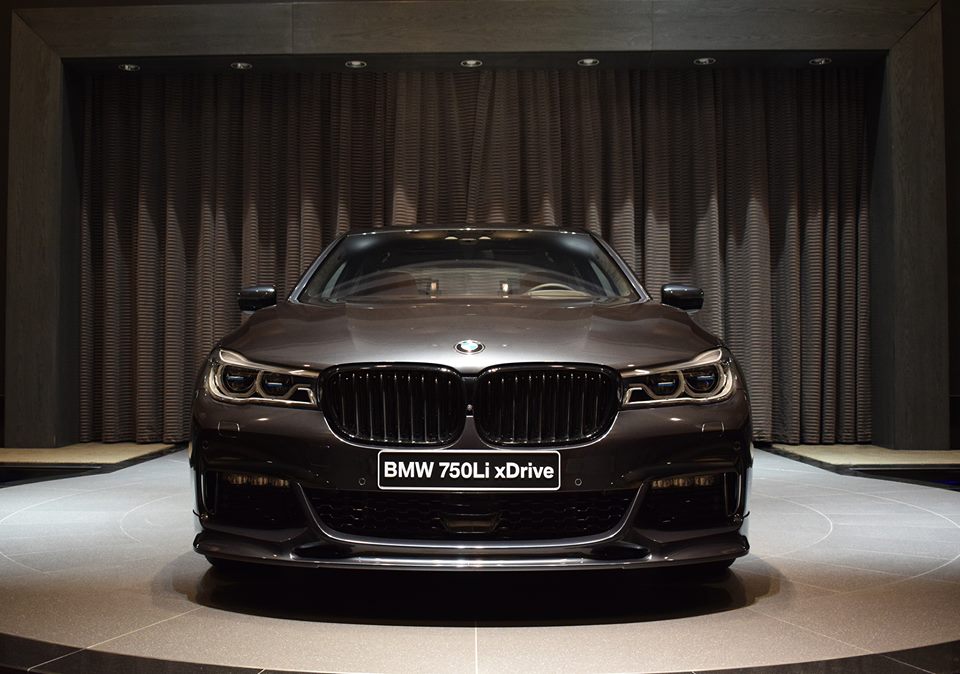 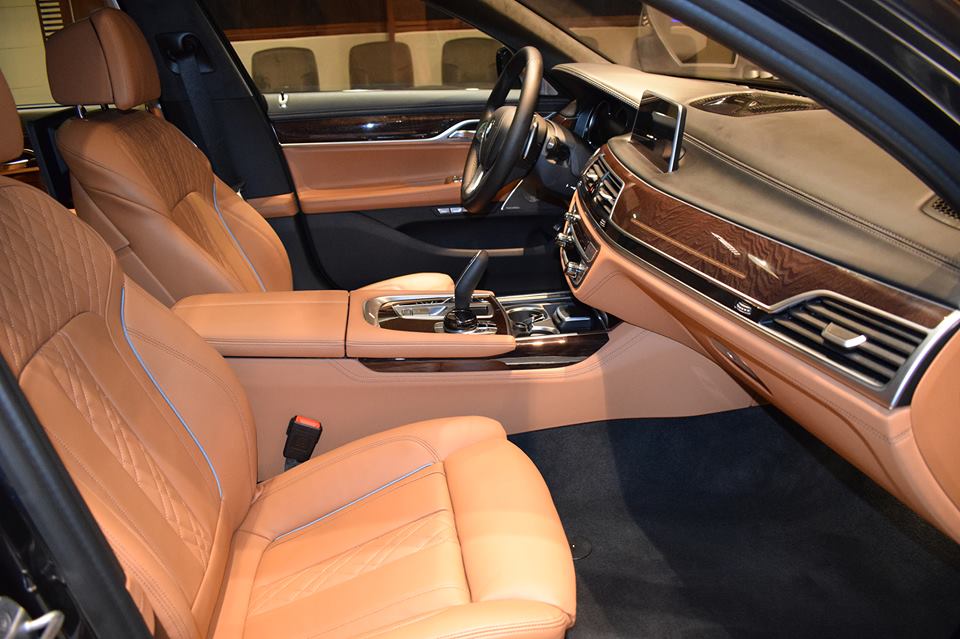 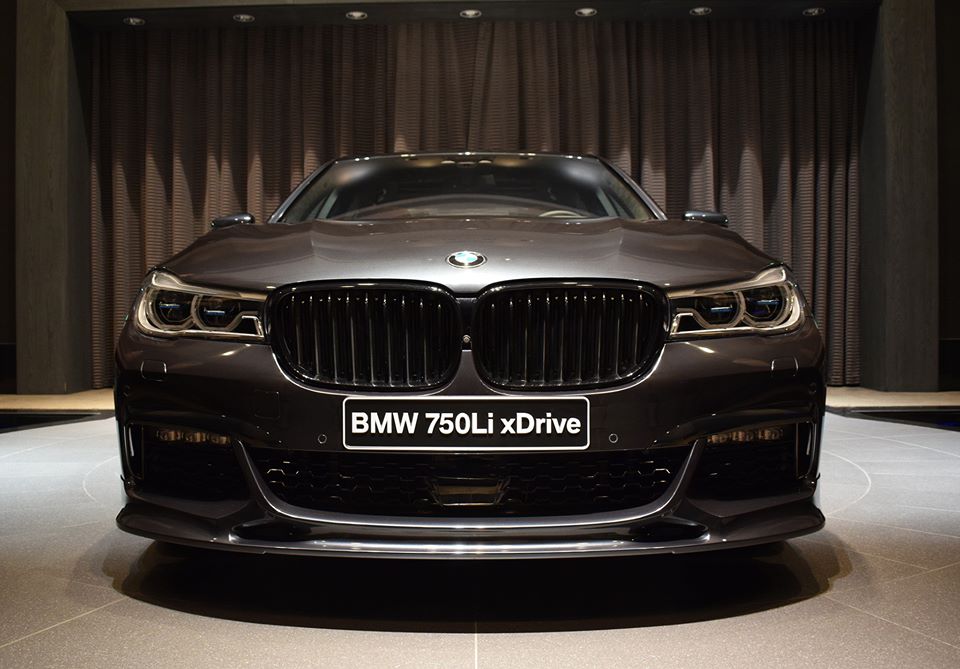