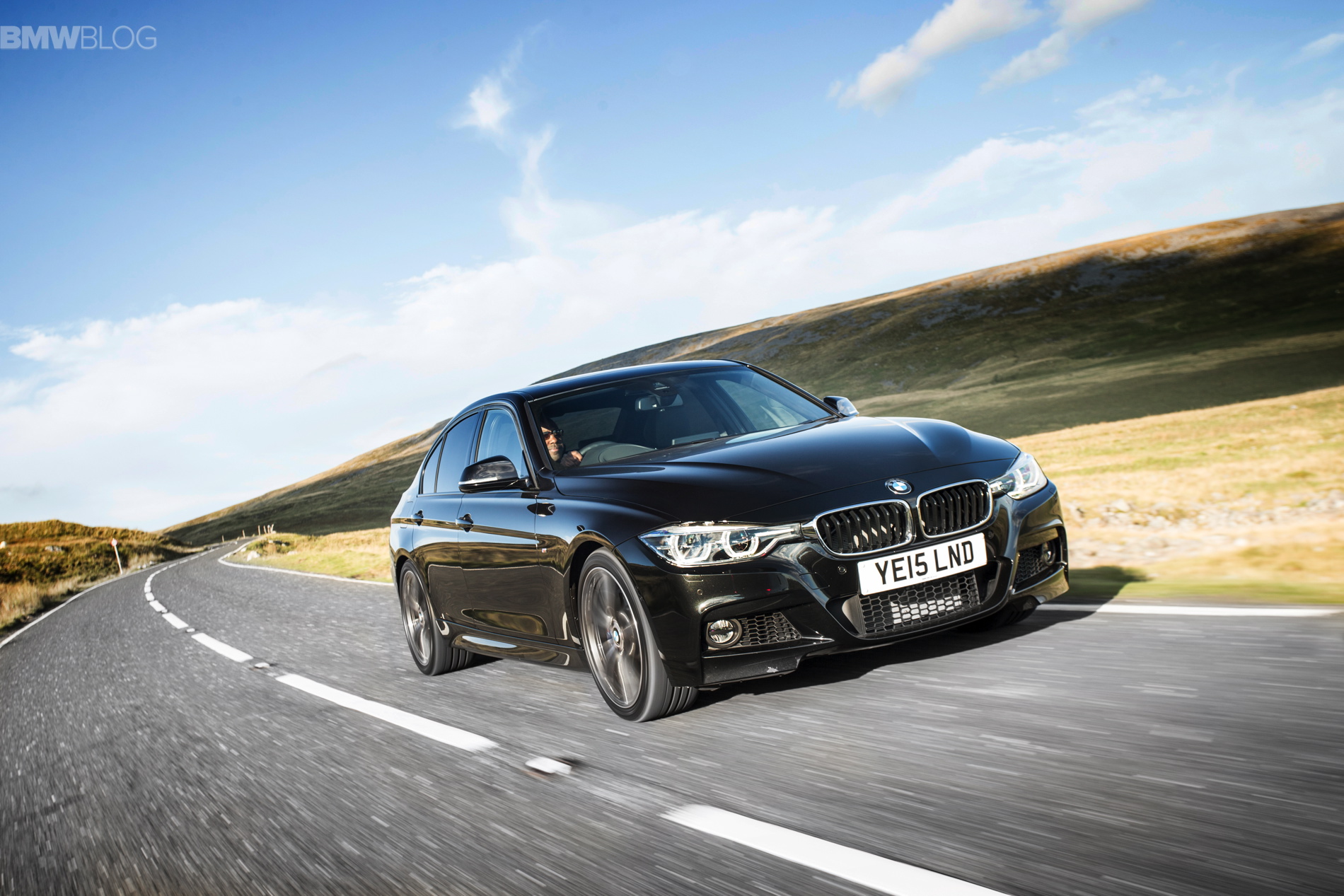 At the moment, the two most popular BMWs are the BMW M2 and BMW M4 GTS, as they’re the two newest sports cars from BMW. Both of them happen to be powerful sports coupes and, to be honest, hearing about them is getting a bit tiring. So let’s talk about a different kind of BMW, arguably a more important kind of BMW — sedans.

While sedans typically don’t have the sex appeal of their two-doored counterparts, they’re actually the bread and butter of BMW’s lineup. The two biggest model lines for BMW, the 3 Series and 5 Series, are sedans. So the four-door, despite their relative lack of sexiness, is actually the most important style of car for BMW. Being that sedans are BMW’s biggest sellers, let’s talk about the best BMW sedans currently on sale. And for the same of being different, we won’t pick any M models.

5. BMW 535i – The current F10 BMW 5 Series has been criticized lately for being a bit too heavy and a bit too lifeless. Compared to previous generations, the current F10 5er doesn’t drive with the same enthusiasm as its predecessors. However, the current 5 Series is an absolute sales monster and is one of BMW’s best selling cars. And, in our opinion, the BMW 535i is the best of the non-M 5 Series sedans. Its 3.0 liter turbocharged I6 engine is a gem and helps make the 535i quite quick indeed. The 550i’s big V8 is great, but it makes the 5er a bit too nose heavy for our tastes. The 535i is the best blend of power, performance and fun while also being luxurious, good looking and spacious. We’d choose the M Sport package, as it looks best with it. 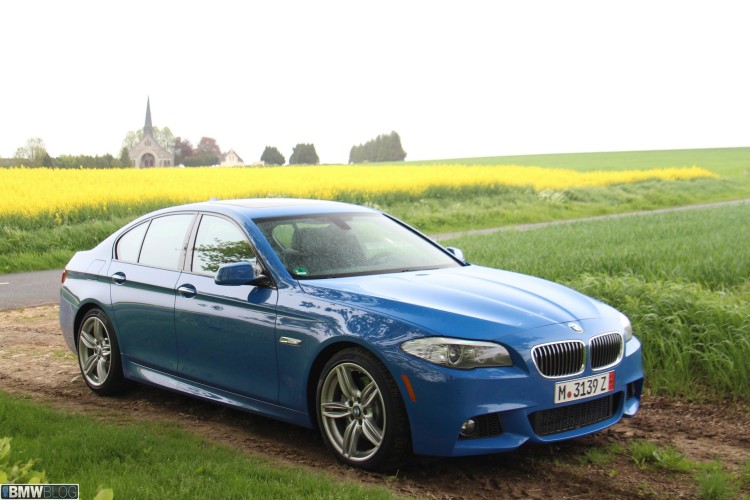 4. BMW 428i Gran Coupe – We are big fans of BMW’s Gran Coupe models, despite the fact that they’re not actually coupes. The idea is that you get a sexy, coupe-like design but on a practical four-door sedan. This allows you to have your cake and eat it too, sorta kinda. The 4 Series Gran Coupe is the smaller one of the two Gran Coupes in BMW’s lineup, but it’s still fantastic. The standard 4 Series is a sensational car, one that’s lighter, wider and lower than the 3 Series, making it handle better. So the 4 Series Gran Coupe is like a more fun 3 Series, on account of its four doors. Of the 4er GC models, we feel as if the 428i is the better of the bunch. Opting for the GC variant of the 4 Series shows a desire for some sort of practicality and the 428i’s 2.0 liter turbocharged engine allows it to be both fun and efficient, giving it a more practical side to it. It’s also plenty fast enough and doesn’t ever feel as if it needs more power. So it’s worth saving the extra money from the cost of the 435i GC and stick with the 428i. 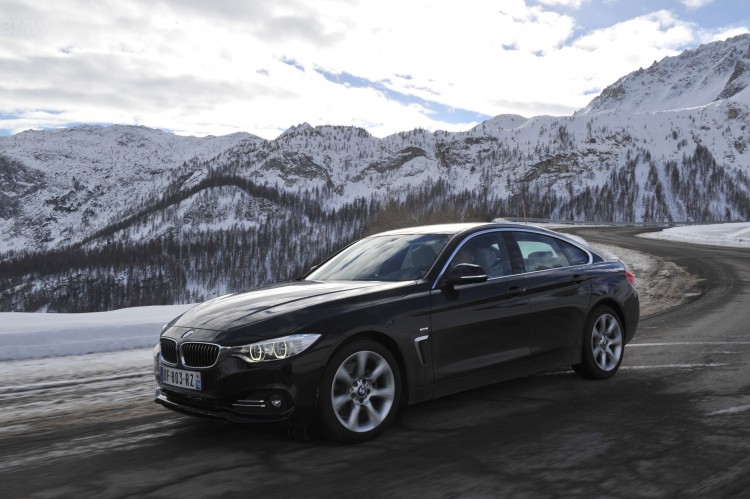 3. BMW 6 Series Gran Coupe – There’s only one downside of the 6 Series Gran Coupe and it’s the cost. The 6er GC is expensive but if you can afford it, it’s entirely worth it. Its gorgeous and seductive looks match its power and luxury on the inside. Oddly enough, despite its size and weight, it’s actually one of the more engaging BMWs on the market to drive. So there’s no dynamic penalty for having such a big luxurious car. Both the 640i GC and 650i GC are excellent choices. The latter is more expensive, obviously, but it’s more powerful and turns the 6er GC into more of a luxurious bullet train. The former, though, is a bit lighter in the nose, making it a bit more nimble, and it’s cheaper. The 6 Series Gran Coupe is one of the best looking BMW on the market, if not the best looking one, so any choice is a great one because you’re getting one of the best looking and most different luxury sedans on the market. 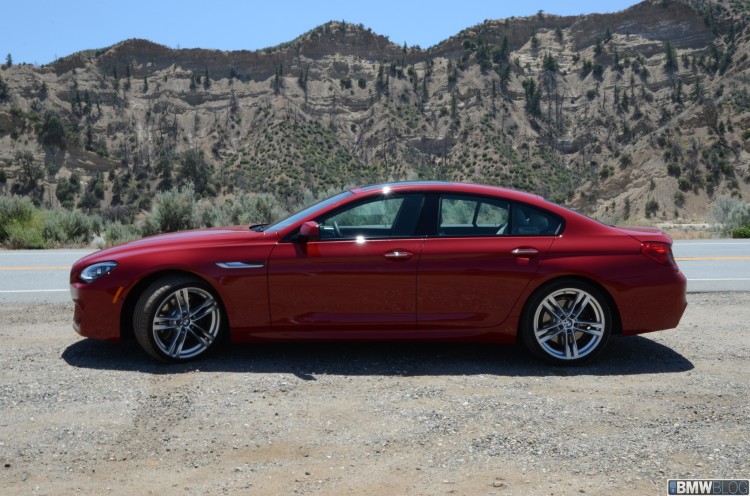 2. BMW 750i – The new BMW 7 Series has been impressing everyone who’s driven it so far, as it blends incredible luxury, class-leading technology with great looks and great performance. While we wouldn’t call such a big, heavy and luxurious car fun to drive, it’s certainly one of the best big luxury cars to drive. It’s surprisingly nimble and actually very capable for such a big luxury car. But its handling isn’t what you buy a 7 Series for. The 7 Series incredible luxury is like nothing else on the market. The cabin of the new 7 Series is like something out of an ultra modern private jet and is packed with enough technology to make most space shuttles blush. It also has some technology that leads the segment, such as Gesture Control and Remote Parking. Is it expensive? Of course, but it’s also the most luxurious and and enjoyable premium sedans on the market and one of BMW’s best sedans.

1. BMW 340i – The BMW 3 Series has always been the bread and butter of the BMW lineup. Its the car that basically put BMW on the map and made the brand into the giant success that it is today. The  current F30 generation 3 Series might not be the best 3er in the brand’s history, but it’s still a fantastic car and one of the best overall cars BMW makes, regardless of body style. It doesn’t matter which model you get, the 3 Series is fun to drive, performs either near, or at the top, of the class and is practical enough to be a family sedan. The 340i is probably the best variant of the current-gem 3 Series, despite it being a bit pricey. The reason for that is the new B58 engine, which is an absolute gem. An all-new 3.0 liter turbocharged I6 that makes 320 hp is about as smooth as an engine possibly can be. It’s also punchy, powerful and has probably the best exhaust note of any BMW not named the BMW M2. Also, the new post-LCI 340i has some revised suspension and steering bits that bring back the sensation of fun and feel that its predecessors had. So the BMW 340i, being fast, fun, comfortable and practical, is the best overall BMW sedan on the market right now.