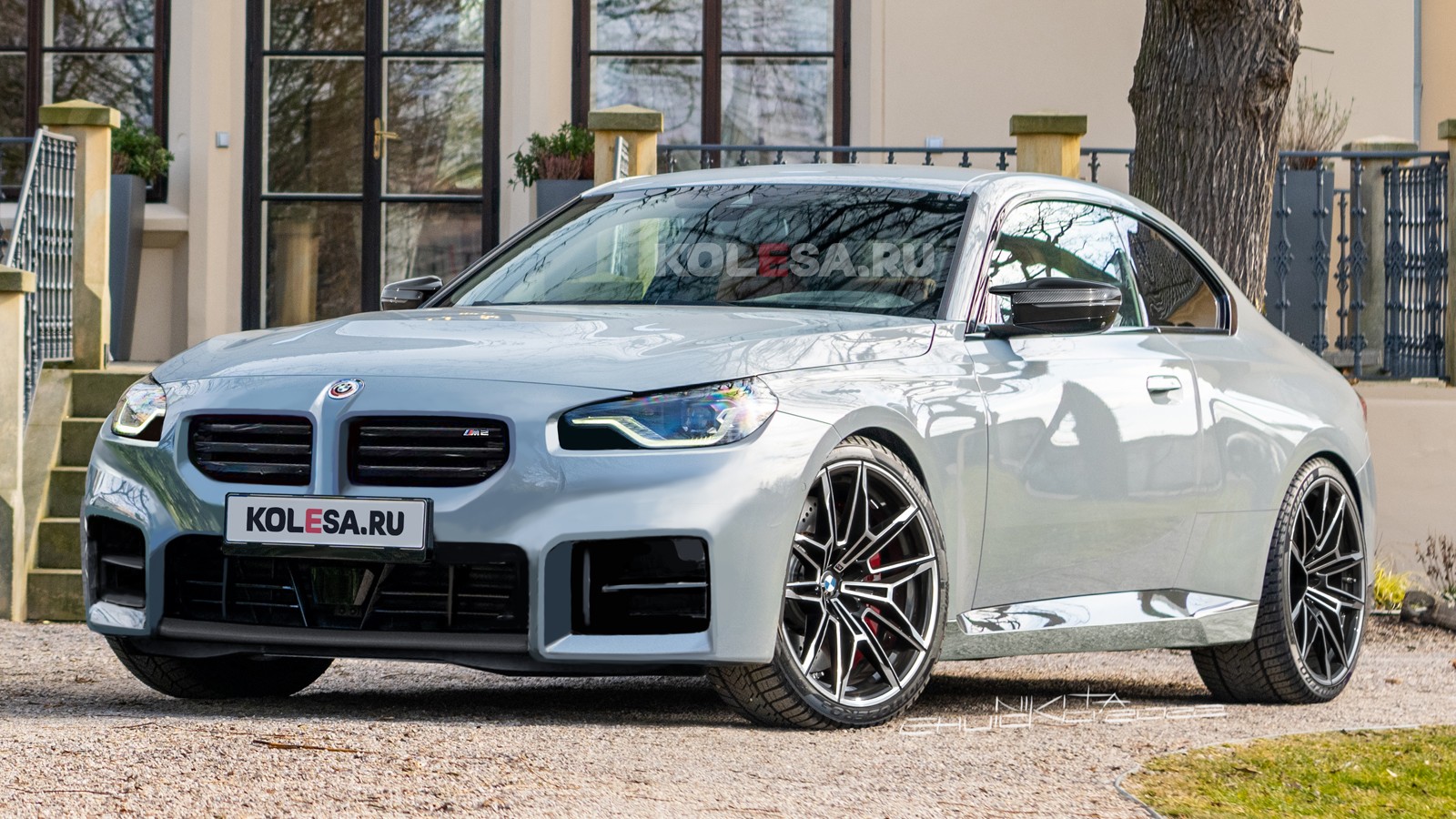 With three weeks before its scheduled press debut, the new 2023 BMW M2 has been leaked. The origin of the photos is unknown, but this is unmistakably the G87 M2. The model shown here is painted in the new color Zandvoort Blue. The upcoming 2023 BMW M2 contains hardly any secrets by now. The popular sports coupe was the topic of endless articles in the last two years and we even had the chance to drive a prototype.

As with its predecessor, the new G87 M2 won’t look all that different compared to the 2 Series counterpart. At the front, it retains the single headlamps but it gains some rectangular air intakes and a racing-inspired kidney grille. In the back, the G87 BMW M2 features an aggressive bumper which incorporates the typical quad pipes. There is also a subtle trunk spoiler along with vertical reflectors which enhance the width of the car. A carbon fiber roof and M mirror caps are rounding off the M design.

With 19-inch front wheels wrapped in 275-mm tires and 20-inch rear wheels with 285-mm tires, the 2023 BMW M2 will get the same shoes as the M4. It’ll also inherit the standard brakes from its bigger brother, but without the optional carbon kit. The new M2 will have somewhere in the region of 450-460 horsepower and just about the same level of performance as the old M2 CS. The manual and automatic transmissions will be adapted from the M4 and without any power differences as the S58 will deliver the same output in both applications.

Of course, the base model is likely to be followed by an M2 Competition and/or CS, and ideally, an M2 CSL. It almost happened with the F87, so here’s hoping it’ll get the green light this time around. In the mean time, stay tuned for the official unveil on October 11th!