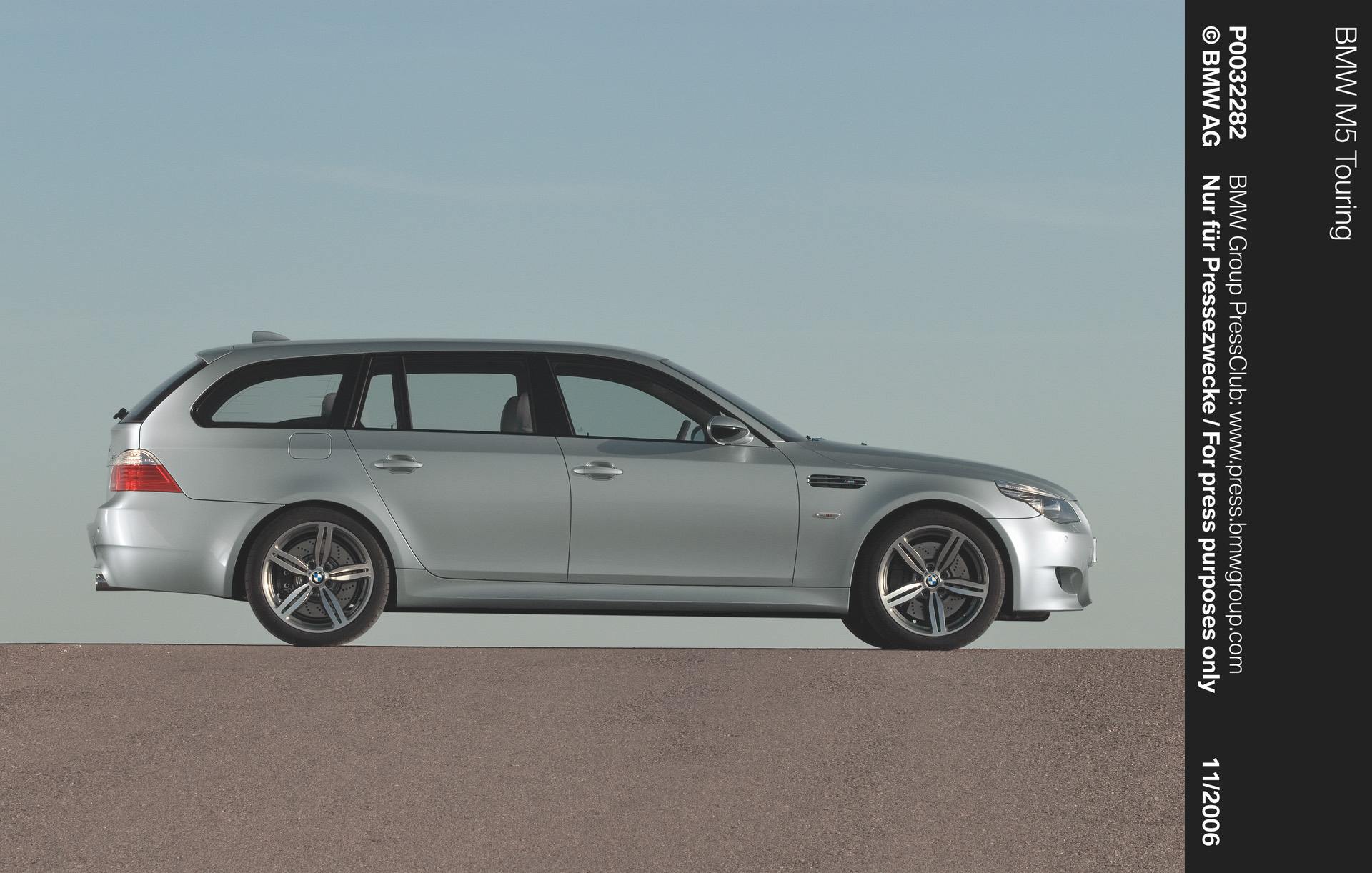 American BMW fans are pretty cheesed off about the M3 Touring not coming ‘Stateside. The European market gets all the long-roof fun and us ‘Mericans are jealous. However, we won’t have to be too jealous for too long, as we’re going to be getting the next fast Bavarian wagon—the next-gen BMW M5 Touring.

The next-generation BMW M5 Touring, codenamed ‘G99’, will be the first M5 Touring since the E61-generation car. When it debuts in 2024, it’s likely heading to the U.S., as we mentioned a while back. Unless something changes between now and then, the current plan is to offer the M5 Touring in the U.S. to take on cars like the Audi RS6 Avant and Mercedes-AMG E63 S Wagon. It’s not surprising that BMW intends to sell it here since the M5 Touring makes more sense than the M3 Touring for the American market.

Americans don’t seem to like wagons much but we do seem to like them if they’re two of our favorite things: big and powerful. We like all our cars to be oversized and powered by V8 motors (Jeremy Clarkson impression voice). The BMW M5 Touring will be both of those things. It will be large, because it will be a 5 Series wagon, and large means luxury to some of us on this side of the pond. It will also be immensely powerful, thanks to its plug-in hybrid V8 powertrain. So despite wagons not being very popular here, an M5 Touring will sell, as both Audi and Mercedes have proven.

It will also likely be profitable. Because it’s big and powerful, it will also be expensive and expensive cars often have quite healthy profit margins. That probably factors into BMW’s decision making.

The powertrain will be the same as the XM, so it will get an S68 twin-turbocharged 4.4-liter V8 paired to an electric motor. That setup will send power through an eight-speed automatic transmission to all four wheels. The top-dog XM will make 750 horsepower but it’s unclear if the M5 will get that version of the powertrain or the more reasonable 650 horsepower version that powers the middle-ground XM. We’re betting on 750 hp.

Honestly, the details don’t matter to us American BMW fans. We’re just going to be happy that a proper M5 Touring will be coming ‘Stateside. There have only been two M5 Tourings in history, the E34 and the E61. Neither of which made it across the Atlantic. Now, we’re likely going to get one and we’re very excited about it.