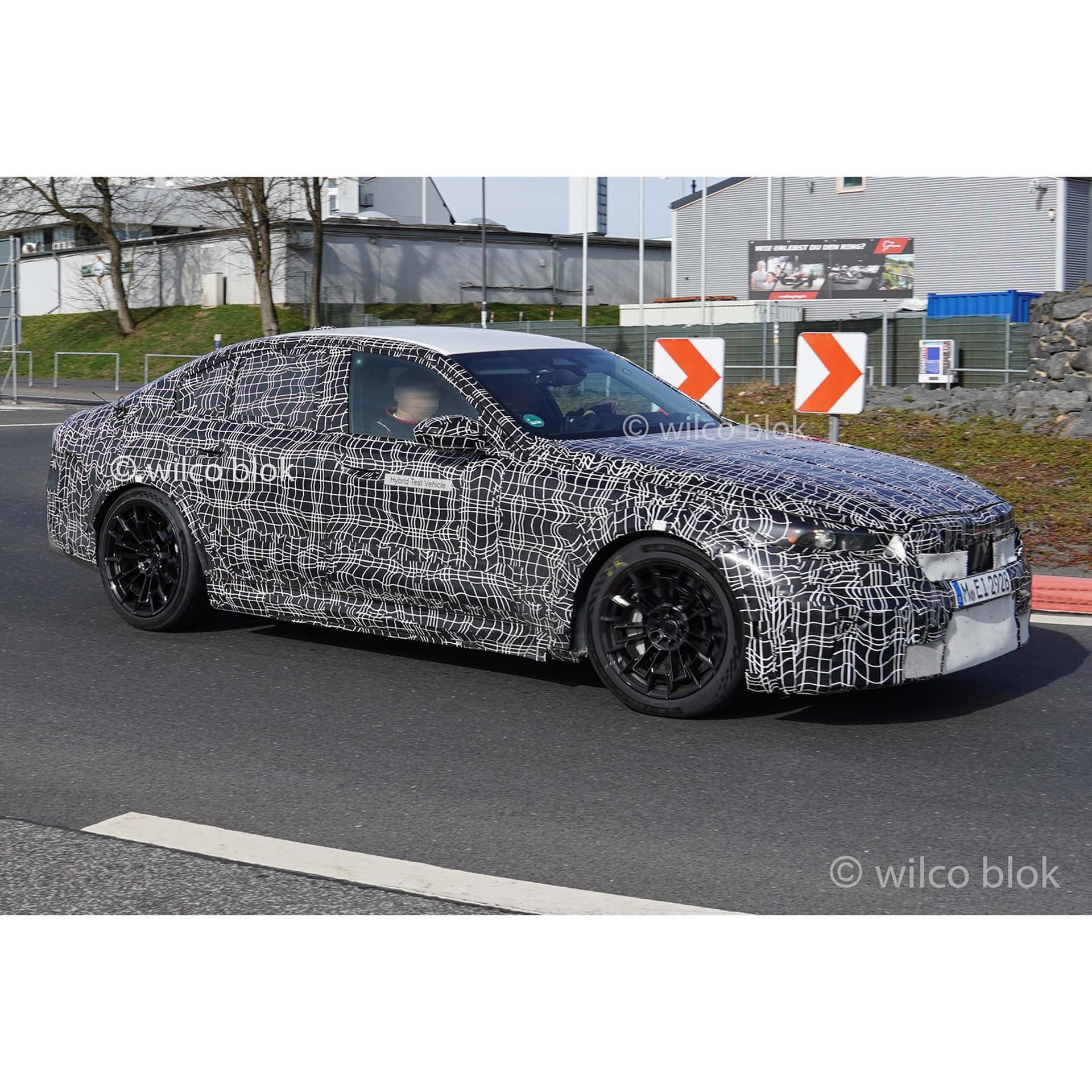 The second electrified BMW M car will arrive in 2024 and will bear the M5 name. Following the path of the BMW XM, the next-generation G90 M5 will be introduced with a plug-in hybrid drivetrain. The tech is imported from the XM and will likely arrive with different power outputs. We’ve already learned that the XM luxury SUV can produce from 650 to 750 horsepower, so several variants of the M5 are likely to adopt the same power strategy.

But before its official unveil, BMW continues to run their normal testing cycles while keeping the M5 prototype under heavy camouflage. Although this M5 prototype is heavily camouflaged, there are a few details we can point out. Aside from the obvious quad exhausts and chunky brakes, the test car has bulging fenders. A closer look at the side profile shows the flush door handles we’re beginning to see on more BMWs. The bigger side skirts are also a nice add-on.

We’ve been told that the next-gen 5 Series, and subsequent M5, will have a simpler, more understated design than we’ve seen on other recent BMWs. That means no massive kidney grilles and no split headlights. You can see that in these new photos, as the headlights seem normal–with BMW’s signature dual-halo design–and kidney grilles that seem sensibly sized. Even with camouflage, it’s easy to tell that the M5 should have a handsome design.

The curved display introduced a few months ago by the BMW i4 and iX has since found a home in many other BMWs. And as expected, the high-definition screen will be part of the new BMW 5 Series family in 2023. Naturally, the BMW M5 G90 will be also on the receiving end of this curved display.

The G90 M5 will most definitely have xDrive given its two different sources of power in what will certainly be a heavy car. An automatic transmission is a given, as is an unspecified electric range courtesy of a battery pack. BMW will debut the G60 5 Series in 2023, so we expect the new G90 M5 to arrive a year later.