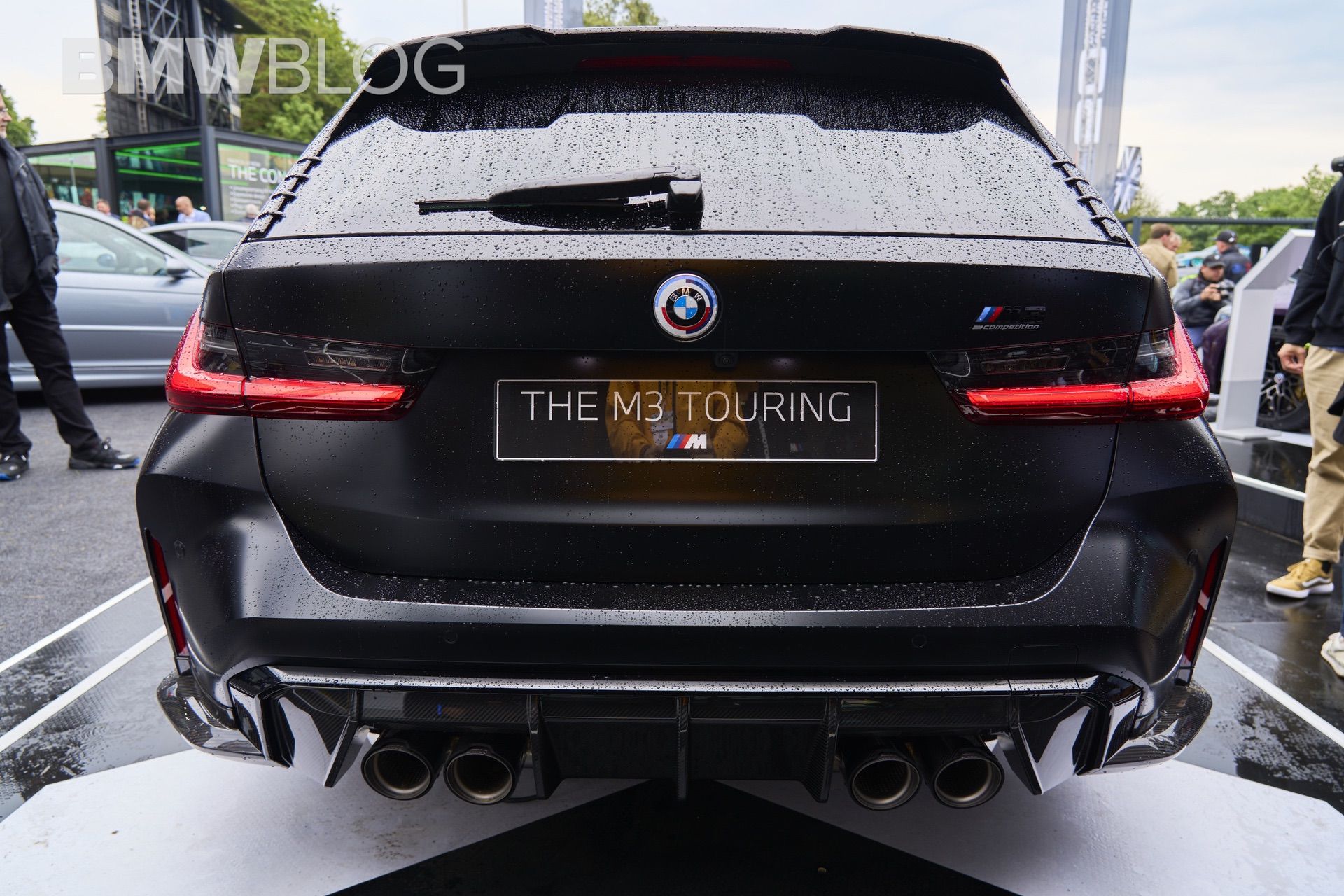 It’s finally official – the G81 M3 Touring is never coming to America, at least by BMW’s hand. This angers countless thousands of internet forum-goers, perhaps among them the twelve Americans willing and able to purchase one. But there might be a simple explanation why the M3 Touring isn’t making a debut on U.S, shores. Numbers.

In 2019 – the last year it was available – 3 Series wagon sales accounted for less than 1 percent of all 3 Series sold. For the mathematicians among you, that’s somewhere in the order of 500 wagons sold throughout an entire year. The businessmen among you will have already realized that that is not very good, in an industry that churned out a hair over 17 million vehicles in that same year.

Another number – $102,372. That’s the M3 Touring’s base £83,470 MSRP converted to USD. That’s some serious scratch, which means it should be easy to find a comparable replacement. So, you can’t get an M3 Touring. Moving on, there’s plenty of options out there to satisfy your deviant automotive urges. Right?

Probably the first alternative that jumps to mind is the E Class wagon. Hopped up by AMG with a 603-horsepower twin-turbo V8, the E Class has been king of the wicked wagons since its introduction as the E55 in the 1990s. Compared to the M3 Touring, it makes almost a hundred more horsepower, but promises mostly similar performance. A sprint to 60 miles per hour takes just three seconds and the quarter mile is dispatched in 11 seconds. Eye popping performance that the G81 M3 Touring also promises.

Unfortunately, the would-be king is currently relegated to court jester – you can’t buy one new. Mercedes put a pause on most V8 models in 2021, and although they’ve restored availability to some models – chiefly, the G Class – the E63 isn’t one of them. There’s no ETA to bring it back, either – which leaves us in a bit of a dilemma. You can still get an E450 wagon, but it’s not quite the same – you have to make do with a pathetic 362 horsepower and a sluggish 369 pound-feet of torque.

Life is full of compromises – and since you’re already compromising by not getting an M3 Touring, you might as well pick up a used E63 S for around the same price. It will be “pre-loved”, and likely badly needing new tires, but hey – love the one you’re with. Or in this case, love the one that’s on the same continent as you are. Prices vary but are consistent with mileage and age. Shop carefully and you’ll likely find one for only a little more than you would’ve spent on a G81 Touring. Consider it the cost of two extra cylinders.

Unlike The Mercedes-AMG E63, the Audi RS6 is still available brand-spanking new in the United States. To speak nothing of dealer markups and adds, it’s also the right base price – only around $15,000 more than the M3 Touring would be. Like the AMG, it too gets a hot-vee turbocharged V8 – good for 591 horsepower and one less torque. And if you spring for the carbon-ceramic brake option, you can go 190 miles per hour, which means you will outrun your neighbor’s Lamborghini Urus on the grocery run.

Normally, this is where I would point out some fatal flaw with the RS6 – about how the 22-inch wheels will ride horribly, and your aforementioned Urus-driving neighbor will tease you for them, because he’s got the 23-inchers. But there really isn’t any immediate flaw with the RS6 – other than the price being a bit on the high side, but in this segment (is Überwagen a segment?) it really isn’t out of line. It’s quite a good alternative to the forbidden fruit that is the G81 Touring. 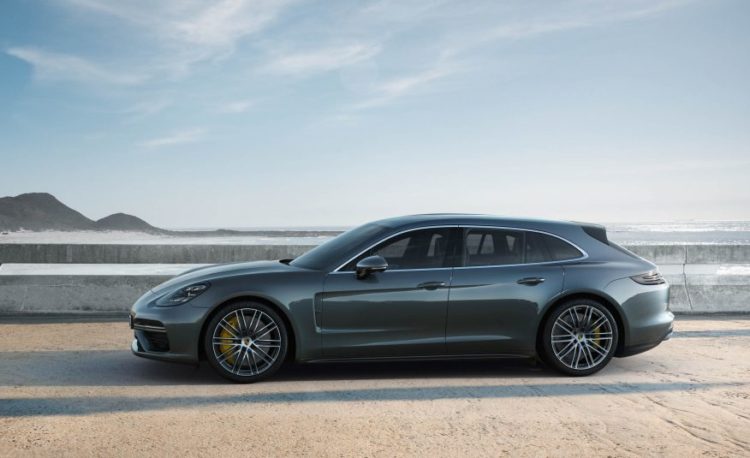 Porsche’s entry into the wagon wars, optimistically named the “Sport Turismo”, debuted in 2017 as an attempt to steal some market share from Audi and Mercedes. In the press release, which was clearly written by an engineer, Porsche touts “powerful” wheel arches and “dynamic” proportions, which is probably very exciting and lurid imagery for most Porschephiles. But they’re not wrong. The Sport Turismo is one arousing chunk of metal. Sorry – “aluminum, boron-alloyed steel hybrid construction.”

Take note that there is also the Taycan Cross Turismo, which is pretty much the same thing but inexplicably doesn’t get body color matched fender flares. In fact, only the $136,000 GTS Sport Turismo looks like the one you’d see on TV. If you’re seriously considering a Taycan, you’d better be ready to pay to play. And the Taycan GTS Sport Turismo certainly is the play, with 590 horsepower and an asphalt-crushing 626 pound-feet of torque.

The Panamera Sport Turismo looks good too – a bit sleepier than the Taycan, but with the same pulse-quickening proportions. The GTS gets you a turbo V8 producing 473 horses and 457 pound-feet of twist, and awfully close to the G81 Touring in an arguably better-looking package. Either Sport Turismo probably drives at least as good – if not better – than the G81 Touring. The challenge here is the same one that prevents the G81 Touring from being available to us in the first place – numbers. The ones you want – the GTS trims – are nearly $40,000 more expensive than the G81 Touring, and that’s before you add a single overpriced option.

The End is Nigh?

So…unfortunately, those are about your only options. Unless you want to import an E34 M5 wagon or go domestic with the supercharged Cadillac CTS-V wagon from nearly a decade ago. You can get both in a manual, too – which even the G81 Touring can’t offer you. The cruel reality is that wagons are on their way out – Stateside at least – and we’ll need to adapt. Consider that there are only six automakers even offering wagons– Volvo and Subaru being the two not mentioned here – and it really puts into perspective just how niche a “performance station wagon” is.

They say the quickest way to get over someone is to find someone new. Applying the same logic here is probably a healthier alternative – no harm in some gentle test drives in huge horsepower superwagons in the search for the perfect one. Right?