BMW M5 G90 will get a large curved display

Home » BMW M5 G90 will get a large curved display 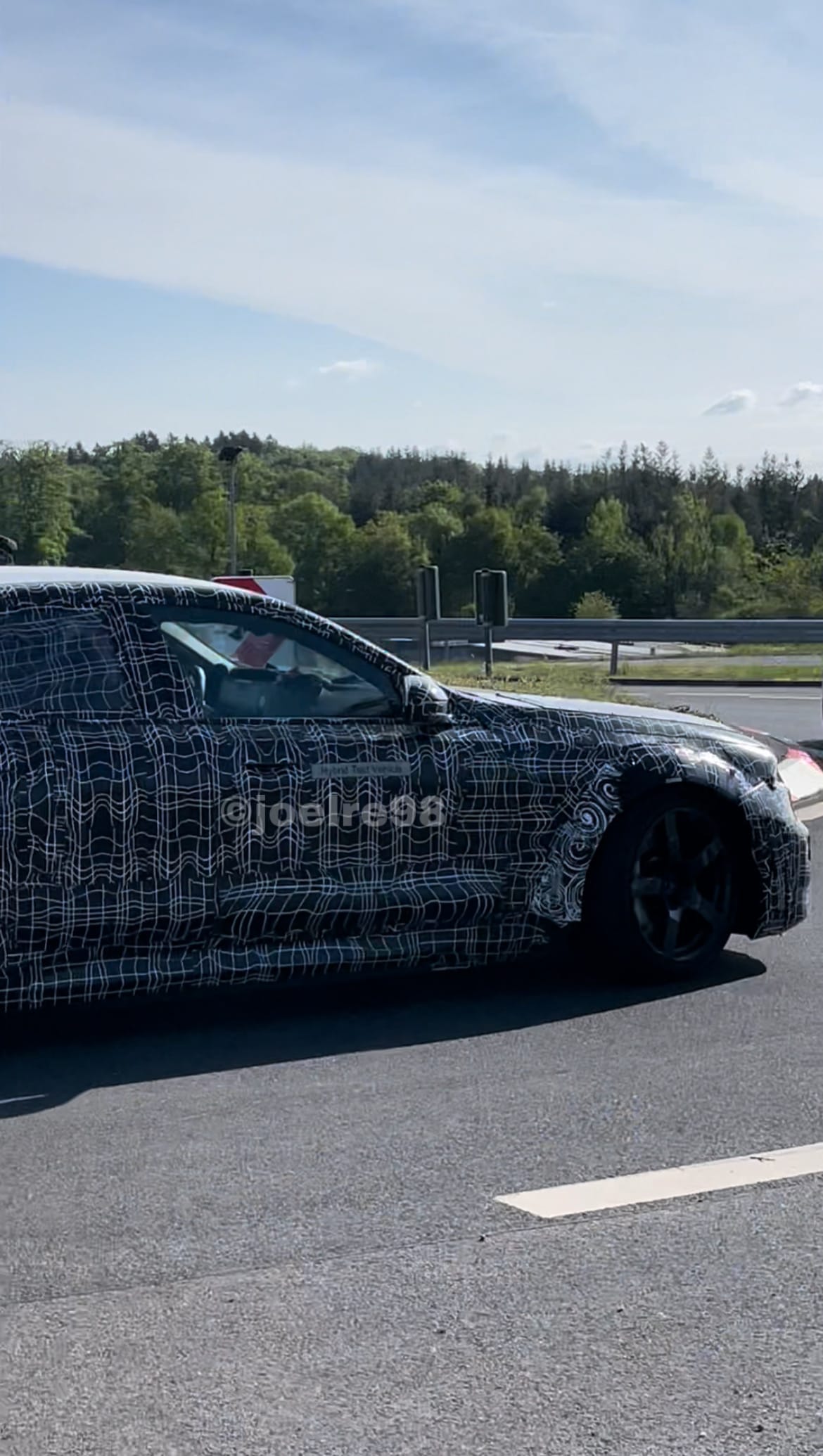 The curved display introduced a few months ago by the BMW i4 and iX has since found a home in many other BMWs. And as expected, the high-definition screen will be part of the new BMW 5 Series family in 2023. Naturally, the BMW M5 G90 will be also on the receiving end of this curved display and a new spy photo comes to confirm that. In the image below, we can see a prototype BMW M5 G90 near the Nurburgring and through the window, one can easily spot the screen.

The new G60 5 Series will inherit a lot of the design ideas and technology from the recently unveiled BMW 7 Series. While we don’t expect a 31″ 8K Theater Screen, we should certainly the latest and great gadgets from BMW Group, including the aforementioned curved display and iDrive 8. When it comes to the M5 G90, this will be BMW M’s second plug-in hybrid vehicle. Logic tells us the prototype is featuring the new S68, a twin-turbo 4.4-liter V8 with a hybrid setup. This hardware combo will debut later this year on the production-ready XM and it can deliver between 650 and 750 horsepower.

The new M5 will most definitely have xDrive given its two different sources of power in what will certainly be a heavy car. An automatic transmission is a given, as is an unspecified electric range courtesy of a battery pack. Although this M5 prototype is heavily camouflaged, there are a few details we can point out. Aside from the obvious quad exhausts and chunky brakes, the test car has bulging fenders. A closer look at the side profile shows the flush door handles we’re beginning to see on more BMWs. The bigger side skirts are also a nice add-on.

In a recent interview with BimmerToday, BMW M CEO Frank van Meel said he’s convinced that due to the low center of gravity and the stiff body, the level of driving dynamics will surpass the one in the F90 M5. BMW will debut the G60 5 Series in 2023, so we expect the new G90 M5 to arrive a year later.