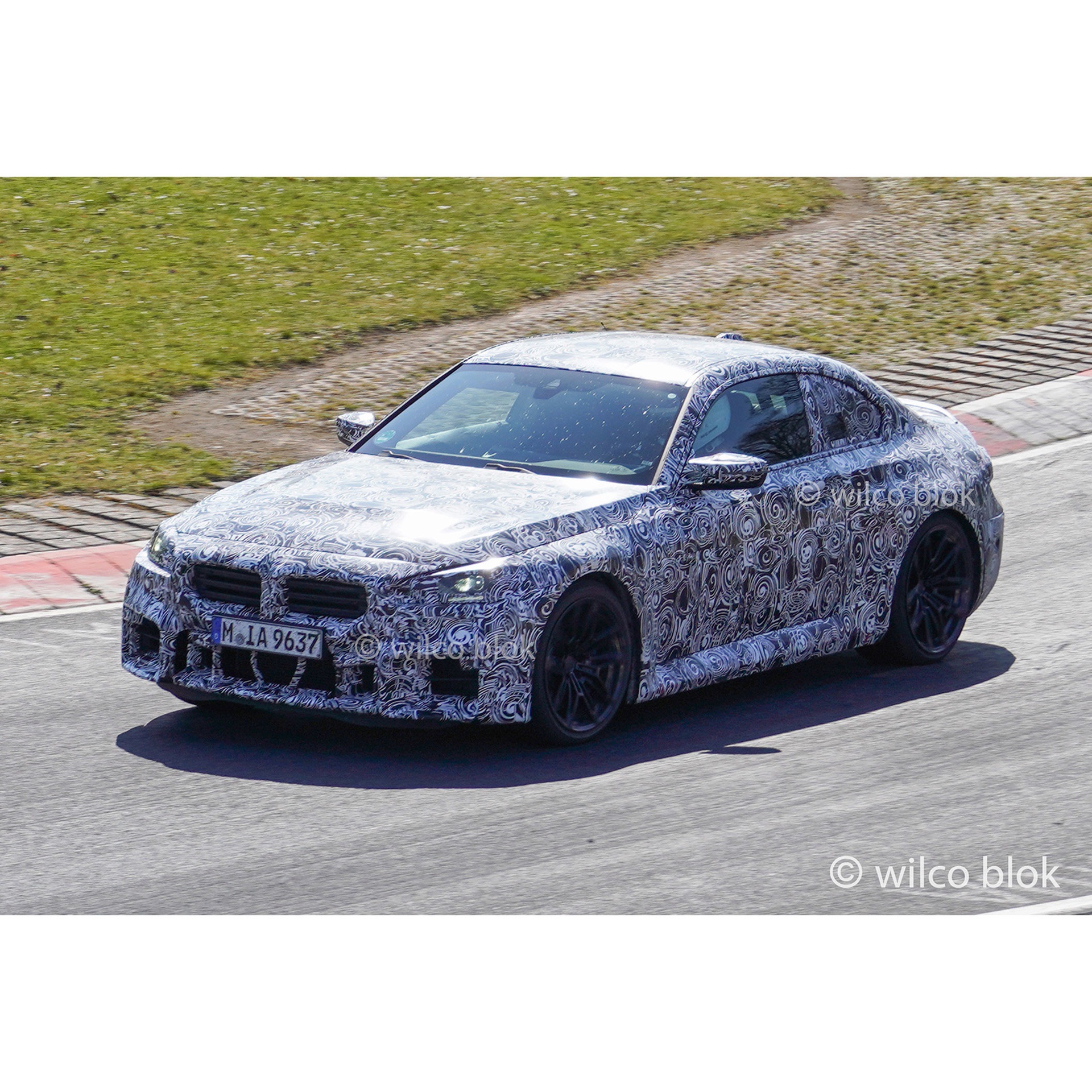 There can never be too many spy shots of future BMW models, especially if we’re talking M cars. Such is the case of the M2 G87, which has been spied racking up the miles on the Nordschleife. The first detail we noticed doesn’t have to do with the exterior as the iDrive 8 caught our attention. Indeed, BMW will give the M2 its latest infotainment in contrast to the lesser coupes stuck on iDrive 7.

The M2 G87 will be more than just an aggressive M240i since it’s already obvious there will be major styling changes. Those square air intakes will take some time to get used to, and the bumper design is quite complex. Wider hips denote it’s the full-fat M rather than the M Performance, necessary to host wider tires for better grip. In case you haven’t noticed, the kidney grille has horizontal slats rather than the vertical layout of the other 2er flavors.

Moving at the back, the trunk lid spoiler doesn’t look necessarily bigger than that of the M240i. However, it goes without saying there will be a bigger one and/or a proper wing for those stepping up to M Performance Parts. The quad exhausts have a generous diameter to suggest BMW was testing an M2 G87 Competition. Last month, a different prototype was caught with the centrally mounted M Performance exhaust seen on the M4 G82.

The rear-wheel-drive coupe will likely signal the beginning of the end for BMW M cars powered exclusively by combustion engines. Later this year, the XM will pave the way for electrified performance models, including the next M5 already spotted with “hybrid” stickers. The M2 G87 might be one of the last opportunities to get an M model with a clutch pedal. Alternatively, an automatic transmission is on the agenda. What the Bavarians are not planning is xDrive as the car will be available exclusively with RWD.

Using a detuned version of the S58 engine shared with big-brother M4, the revamped M2 is expected to offer roughly 450 horsepower. Of course, that’s before potential hot derivatives as logic tells us there will be a CS at the very least. Further down the line, we’re keeping our fingers crossed for an extreme M2 CSL. 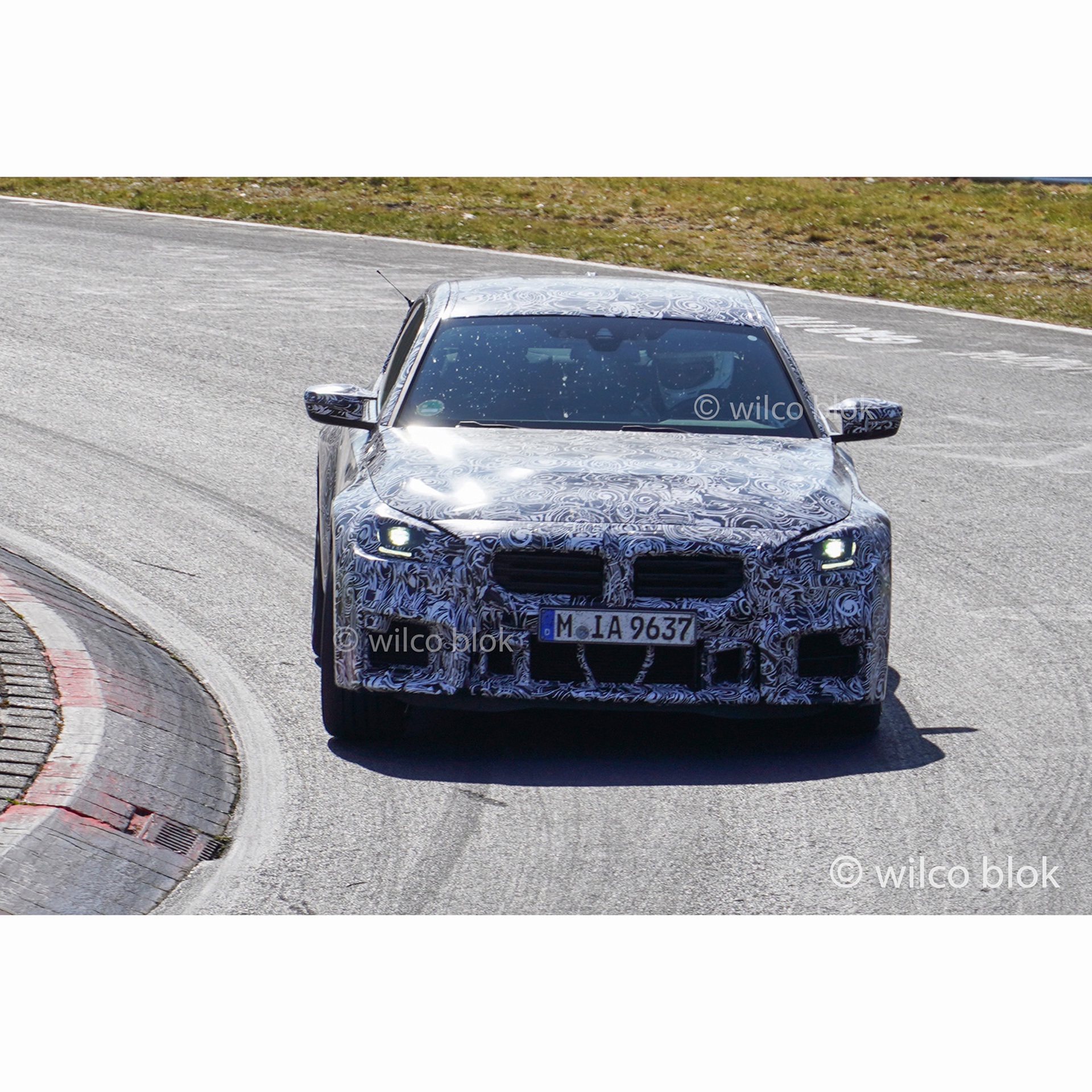 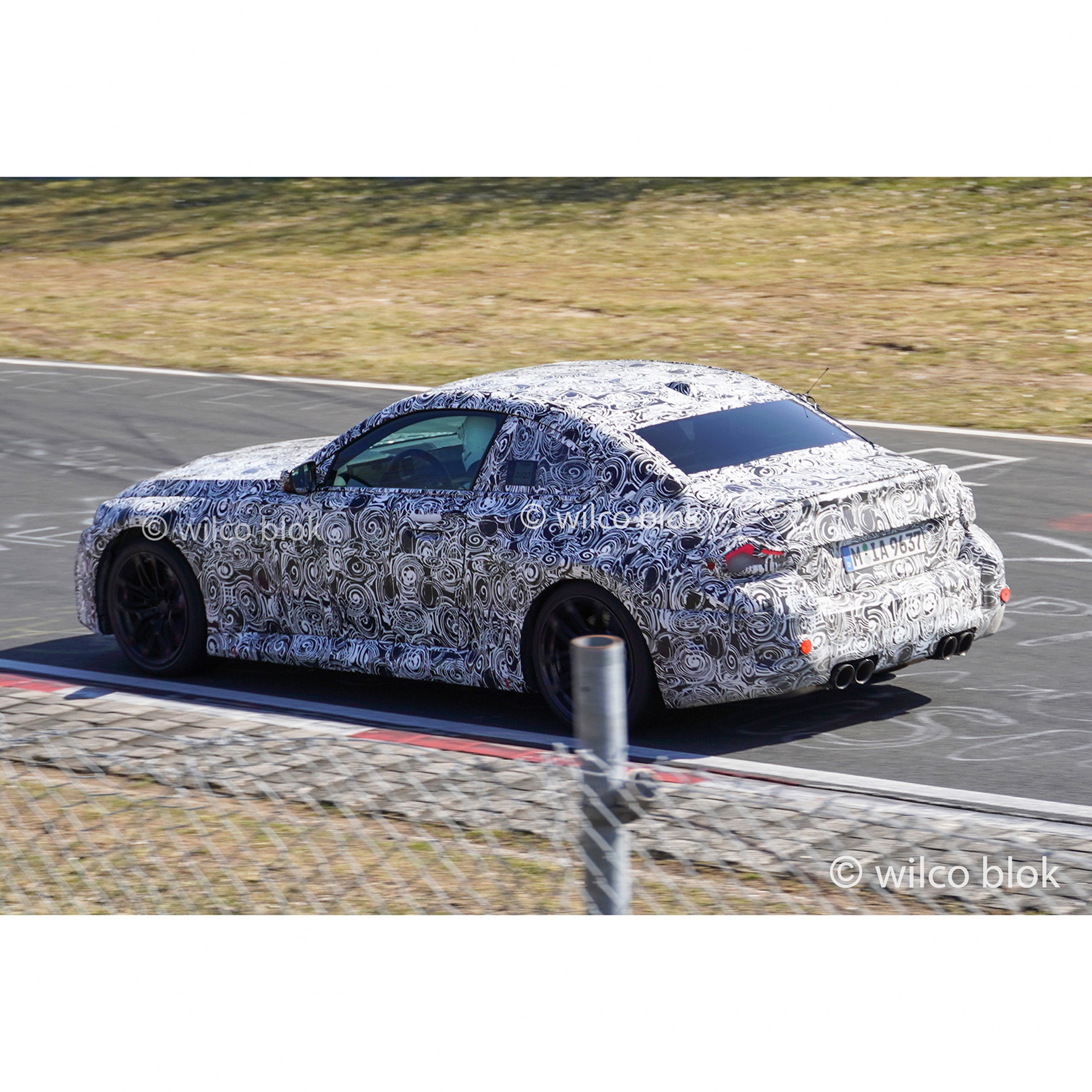