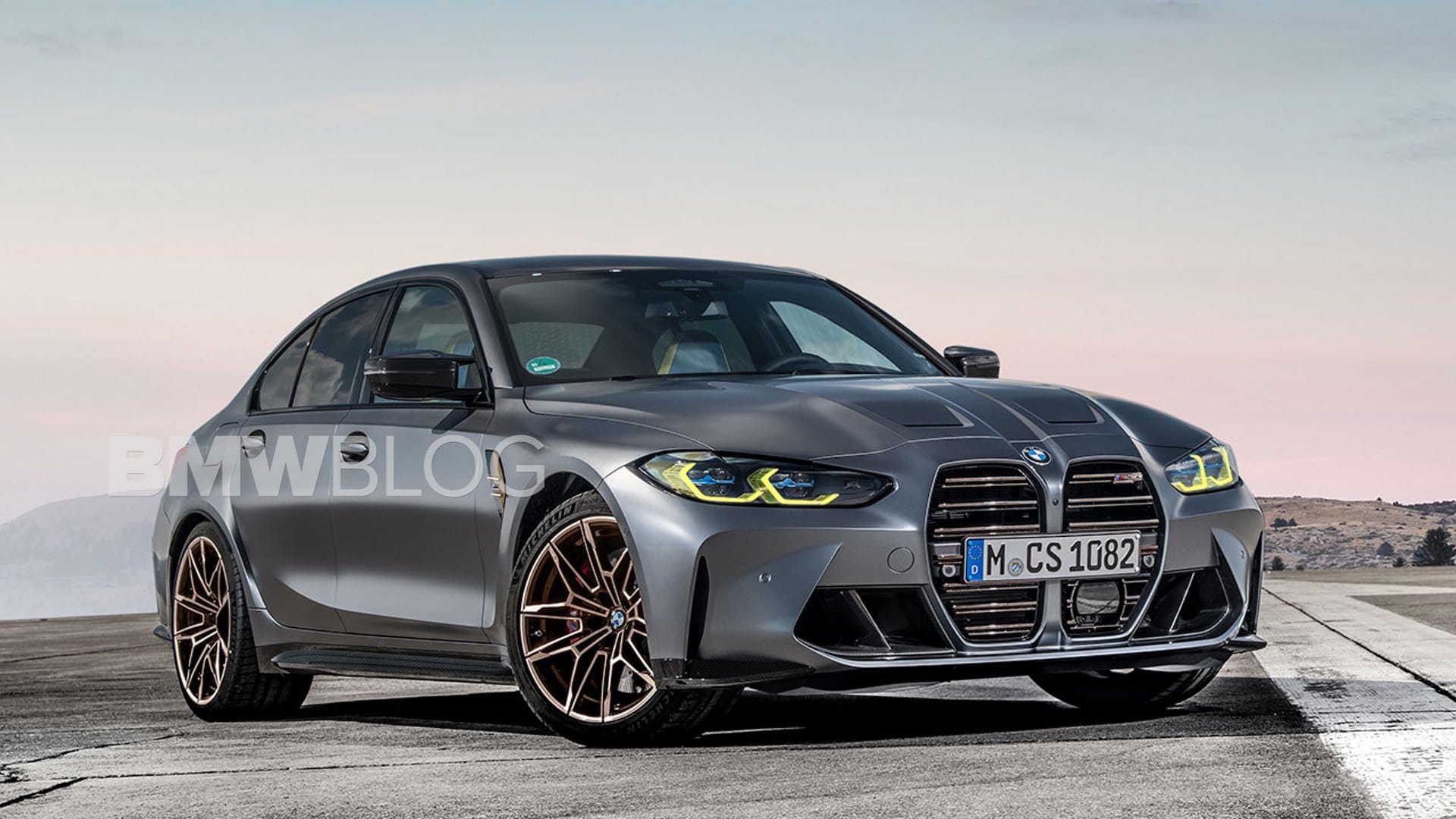 When it arrives in 2023, the BMW M3 CS will sit at the top of the M3 sedan family. Currently BMW sells a base rear-wheel drive M3, along with the more powerful and, arguably more fun, BMW M3 Competition. But the 2023 BMW M3 CS will top both of these models in terms of performance, pricing and availability. After the incredible success of the previous generation F80 M3 CS (our video review here), but also of the M2 CS and M5 CS, it’s easy to get excited about new BMW CS models.

One reason why we should get excited about the 2023 BMW M3 CS is because of its power output. According to a source with a good track record, the 2023 BMW M3 CS will produce 540 horsepower, which puts it right below the 550 horsepower of the upcoming 2023 BMW M4 CSL. Furthermore, the BMW M3 CS G80 will allegedly be available only with the xDrive all-wheel system and will only use automatic gearboxes.

Pricing wise, we expect the BMW M3 and M4 CS models to cost at least $90,000 considering that the M3/M4 Competition start in the $72,000-$74,000 range. We’re expecting some sort of limited allocation for the M3 and M4 CS models but we don’t have any specific numbers on which. The availability is not artificially limited like on the BMW M4 CSL, so the final numbers are purely based on the production capability at the plant.

In this new render we get to see what the design of the BMW M3 CS might look like. The front-end sports the same design of the M3 Competition, but with an additional carbon fiber lip and the yellow racing lights which will also come to the M4 CSL G82. There will most likely be a new set of wheels, specific to the M3 CS and M4 CS variants. In the back, we expect a new carbon fiber spoiler which will further differentiate the CS from the rest of the lineup.

For the previous generation, the F82 M4 CS got the same OLED taillights as the M4 GTS but the F80 BMW M3 CS did not. So it remains to be seen whether BMW M will throw some special taillights into the mix. Inside, the BMW M3 CS will come with a refreshed design which includes the large curved display from the upcoming 3 Series. We also expect to see new color palette, just like it was the case with the previous M3 CS model.