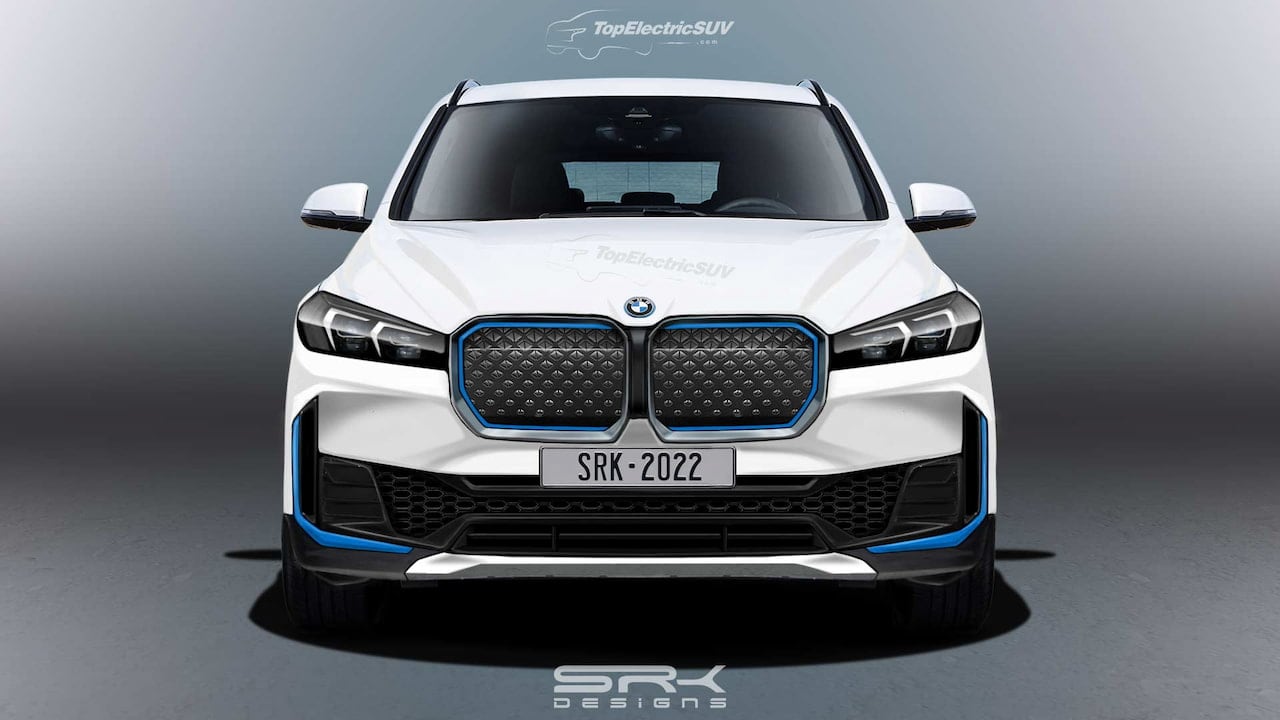 Earlier this month, BMW teased the upcoming iX1 electric crossover. And while the teaser shot only showed a sketch of the front-end design, rendering artists got to work and recreated what could be one of the best looking BMW SUVs. The 2023 BMW iX1 will be unveiled this fall and goes on sale, globally, in 2023.

The Photoshop image highlights a new set of headlights, with unique inner graphics, connected to the larger front-grille with a mesh design. There are also large and angular C-shaped side air inlets sitting right below the headlamps. Plenty of blue accents remind us that this is an all-electric BMW.

Not shown in this render is the interior of the 2023 BMW iX1. Just like the new BMW 2 Series Active Tourer, the interior of the BMW iX1 will be more premium than ever before. Not only we expect a series of premium materials, trims and upholstery, but also the latest iDrive 8 infotainment system paired with a large curved display.

Rumor is that BMW is preparing two models: the BMW iX1 xDrive30 and the BMW iX1 eDrive20. The former is an all-wheel drive electric crossover rumored to deliver 270 horsepower. The latter is a front-wheel drive BMW iX1 with likely less power than the dual-motor iX1. Both models are using BMW’s latest eDrive technology featured across all new BMW electric vehicles. Built on the same FAAR flexible front-wheel drive architecture, the iX1 will feature the fifth-generation of BMW’s eDrives, similar to the iX3. That would give it an 74-80 kWh battery pack.

By far the most important data communicated so far by BMW is the maximum WLTP range of 413 to 438 kilometers (257 to 272 miles). Bear in mind these are not the final figures as BMW mentions they’re predicted values based on the vehicle’s current development status.

It’s unfortunate the BMW iX1 won’t come to America, at least right away. It will likely be a good little family car, one that will also look good and drive well, while also being all-electric. Hopefully BMW sees value in the US market after a little while and brings it over.