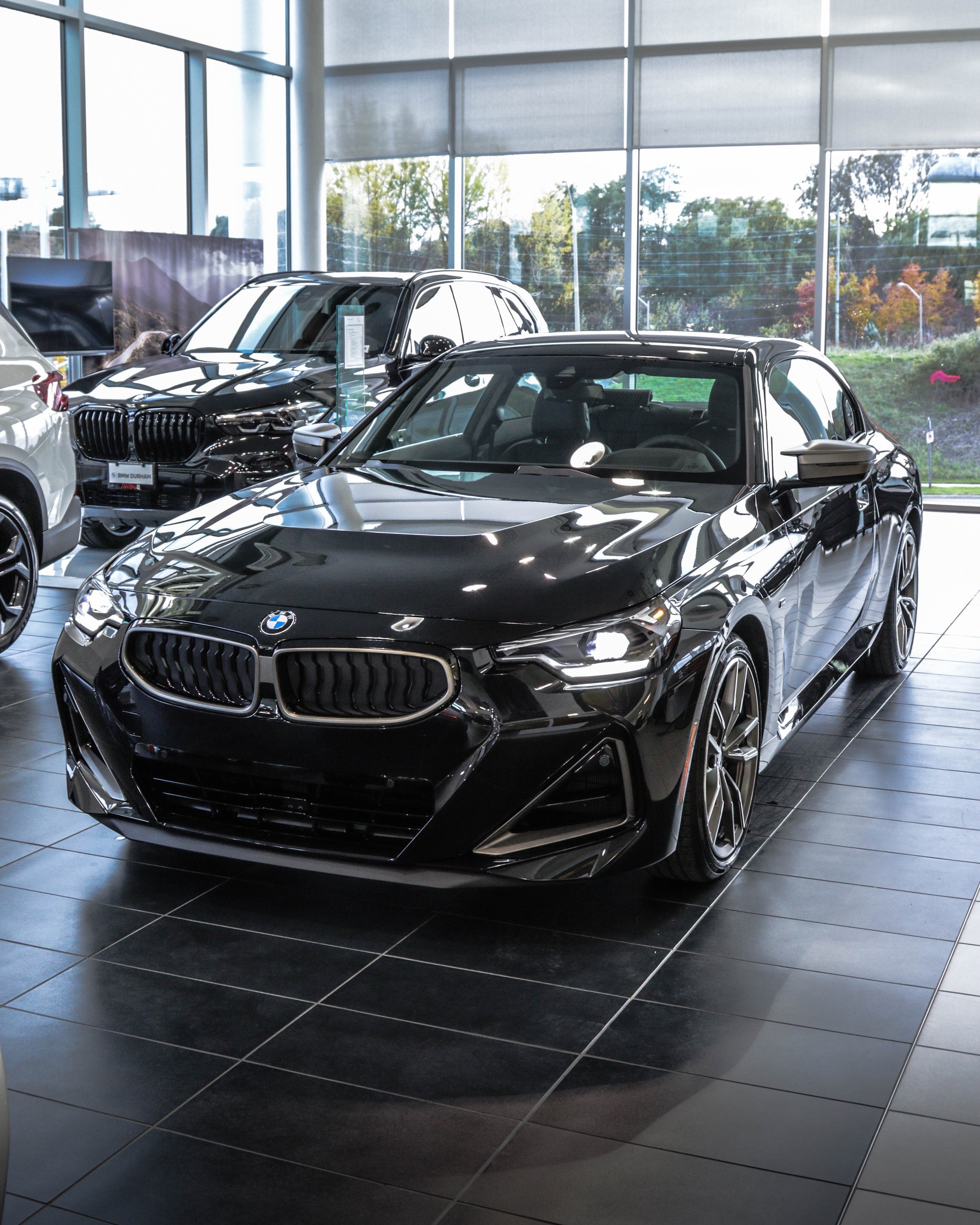 North American dealerships are slowly starting to receive their allocations for the new 2022 BMW 2 Series Coupe. BMW Durham in Ajax, Ontario, Canada, is sharing with us the first photos of the 2022 BMW M240i Coupe in Black Sapphire. We’ve covered the new 2 Series in a series of articles so far (coverage here), but most of the color choices were either Thundernight Metallic, Mineral and Alpine White, Melbourne Red, and occasionally Portimao Blue and Brooklyn Grey. 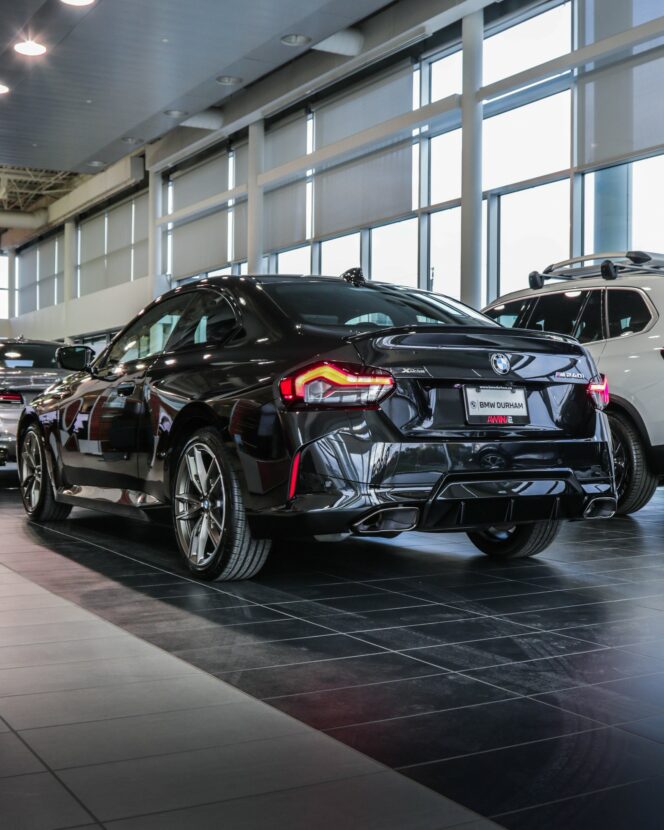 All in all, the new BMW 2 Series Coupe offers plenty of individualization choice to suit almost every taste. Of course, we expect new paintwork (especially BMW Individual) to become available in the near future. 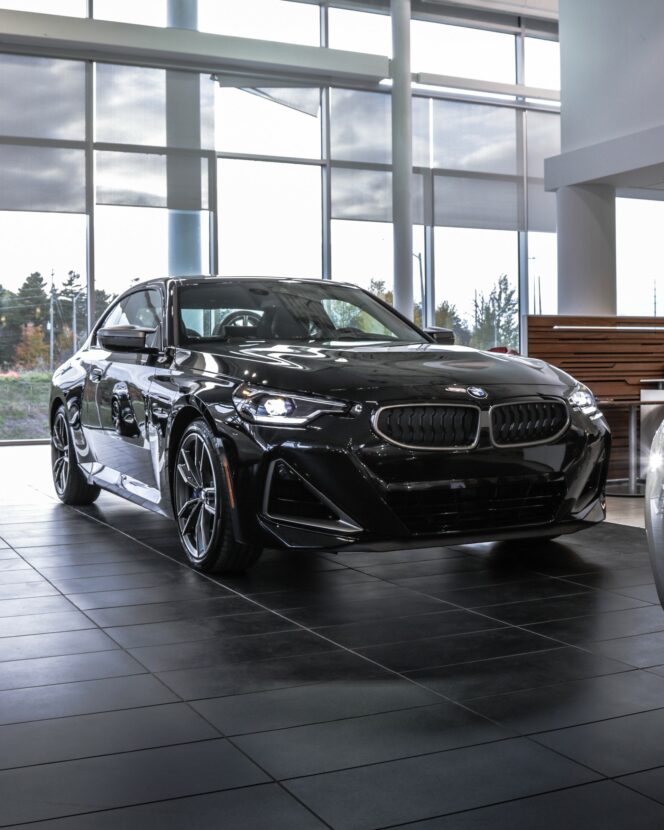 To learn more about the new 2 Series Coupe and its design, you can take a quick look at the videos below. Of course, more photos of this BMW M240i Coupe in Black Sapphire can be found in the photo gallery attached. 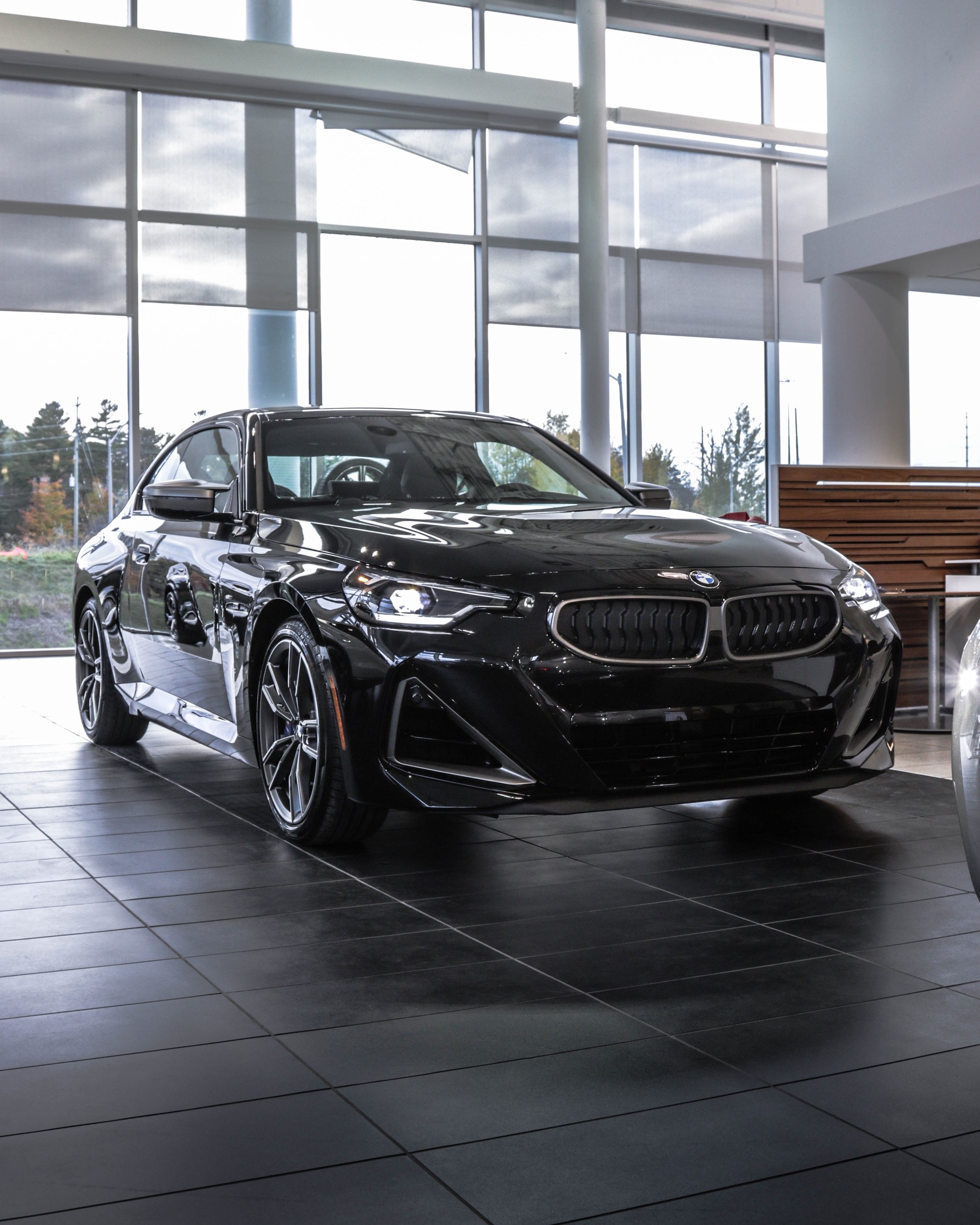 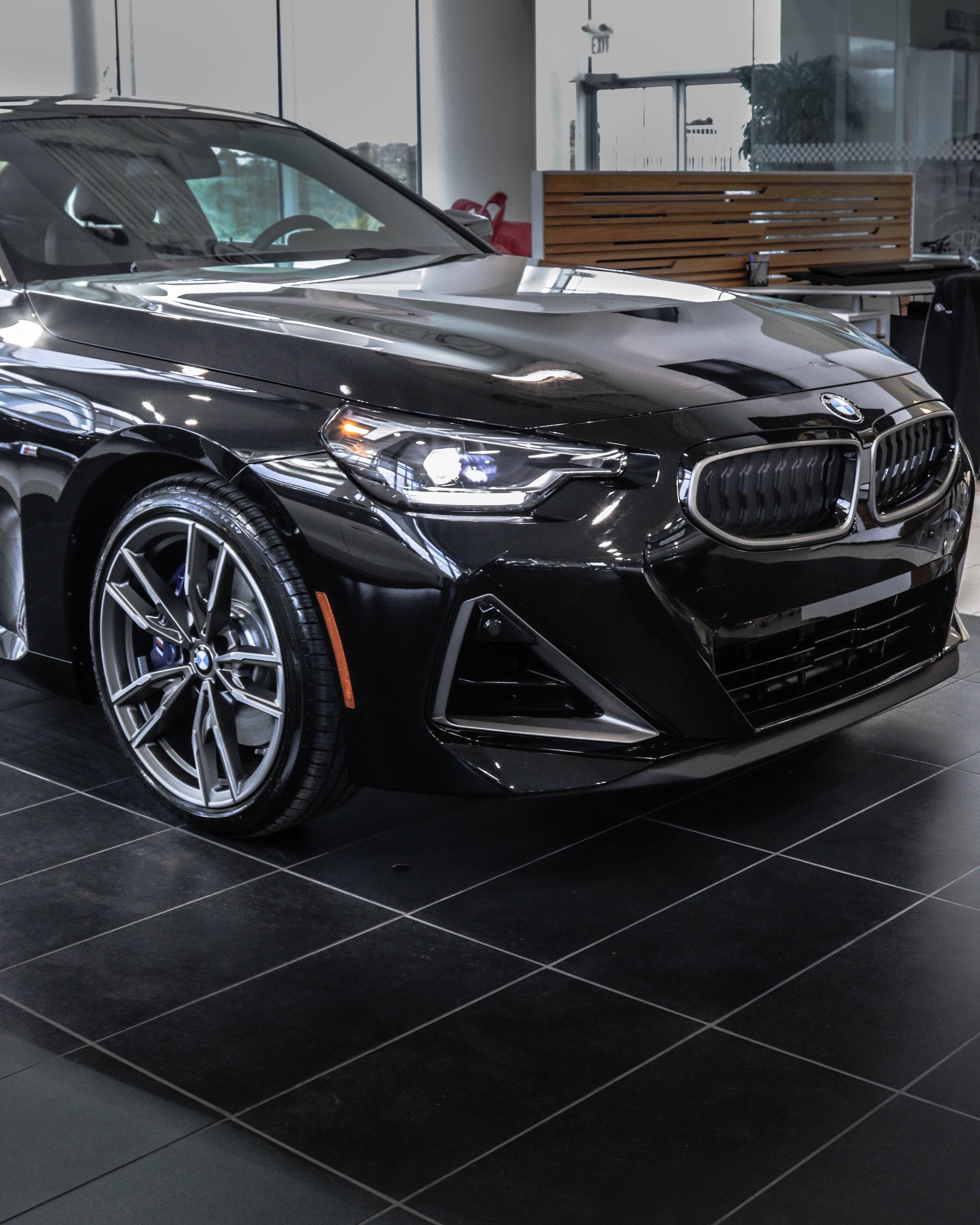 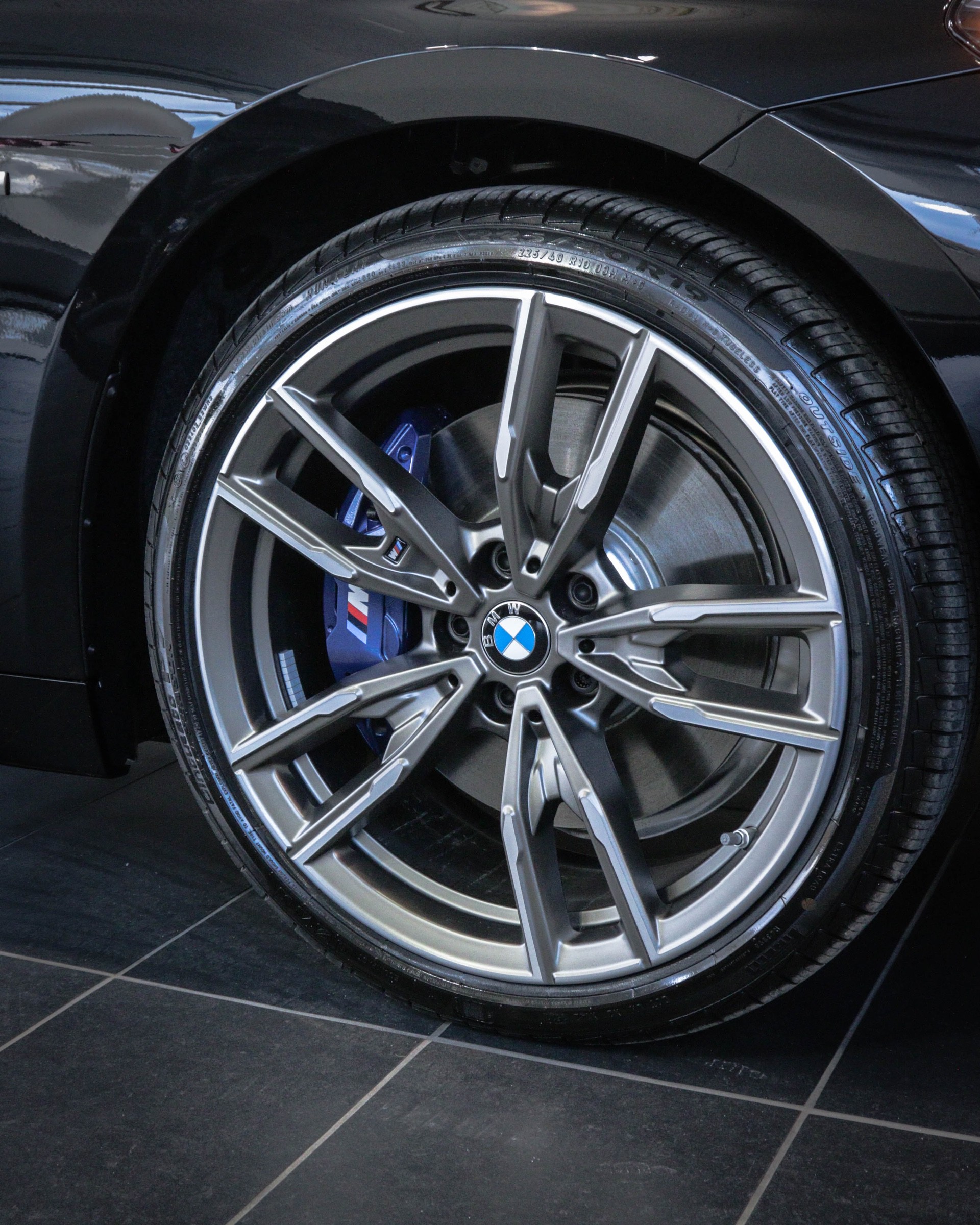 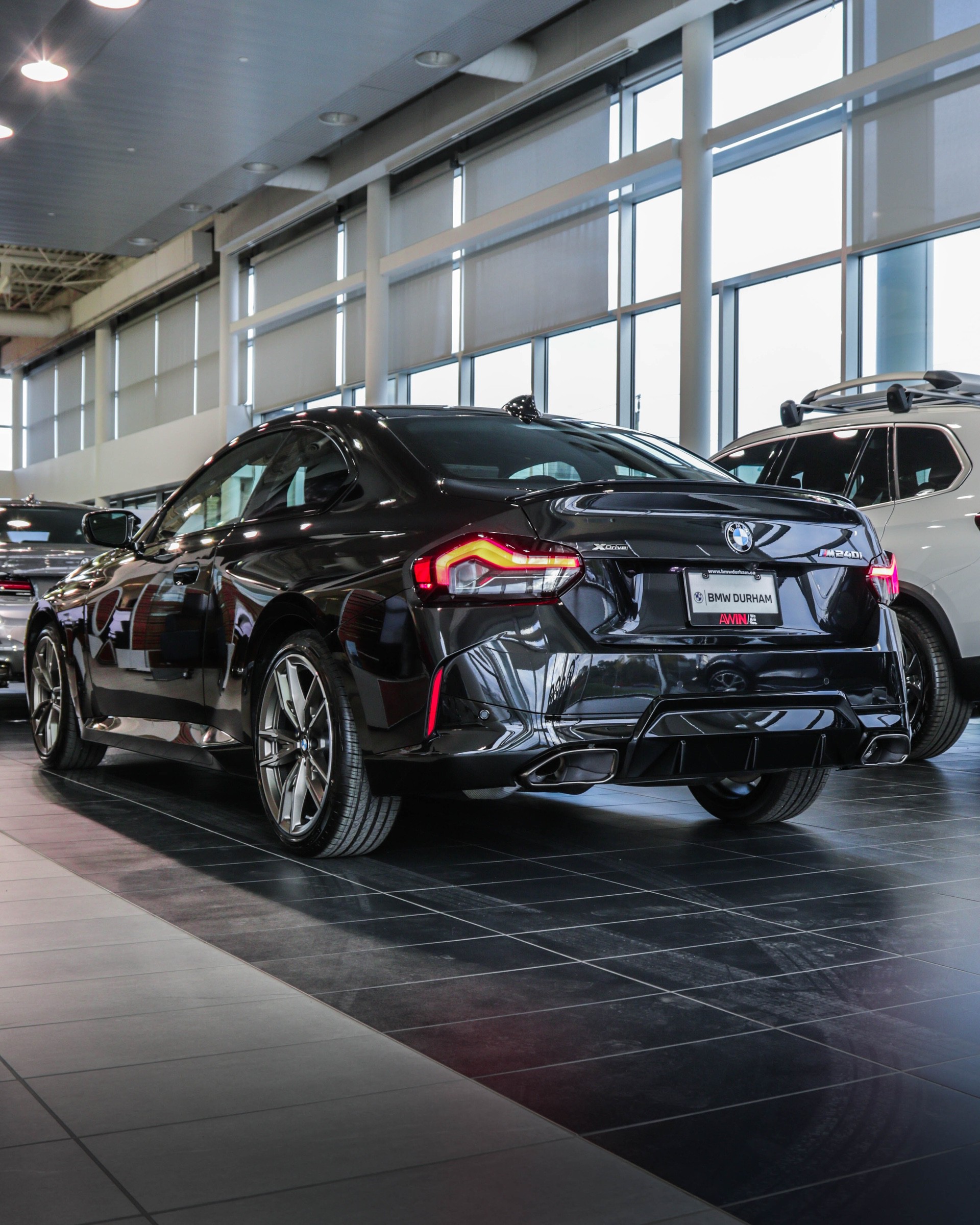 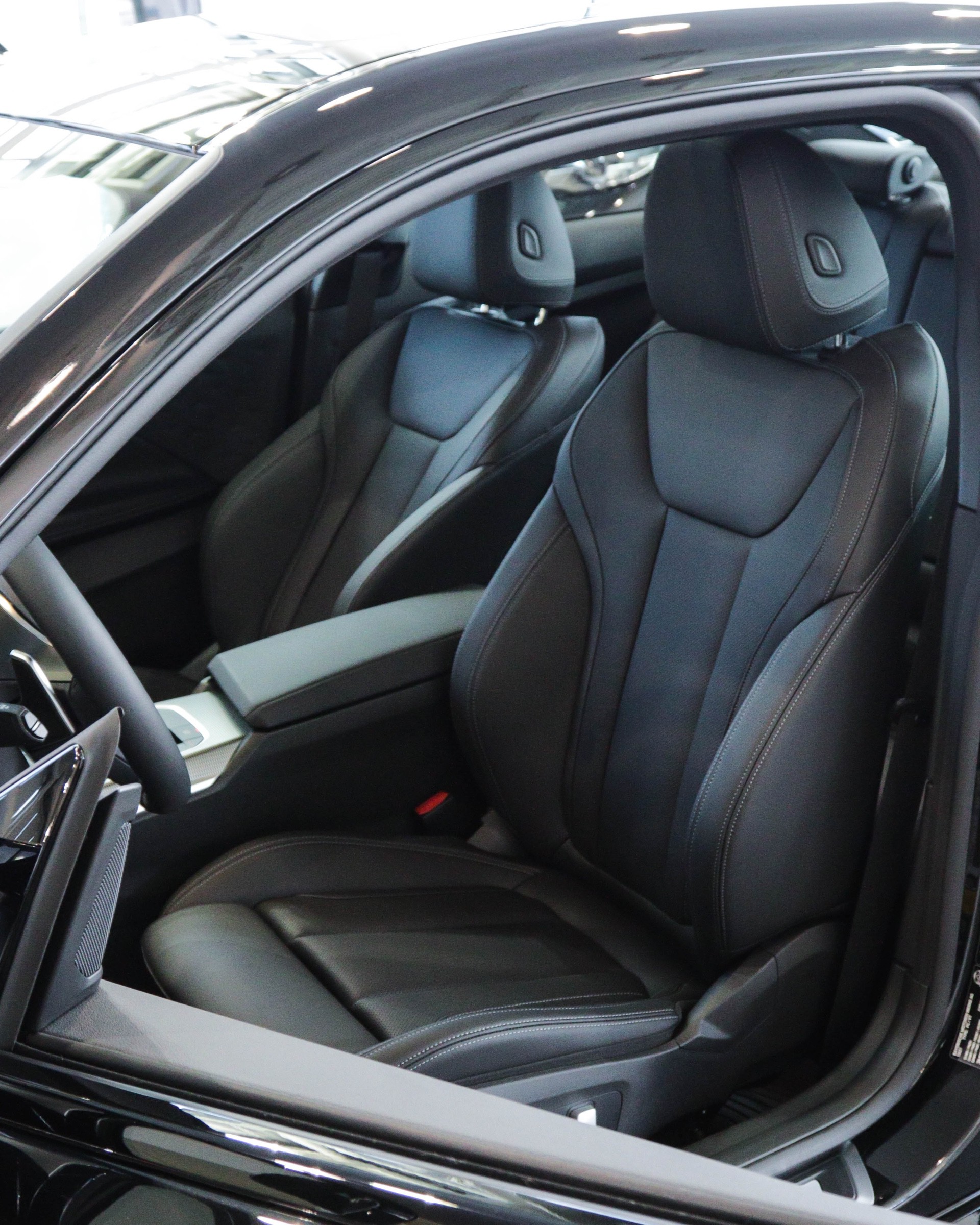 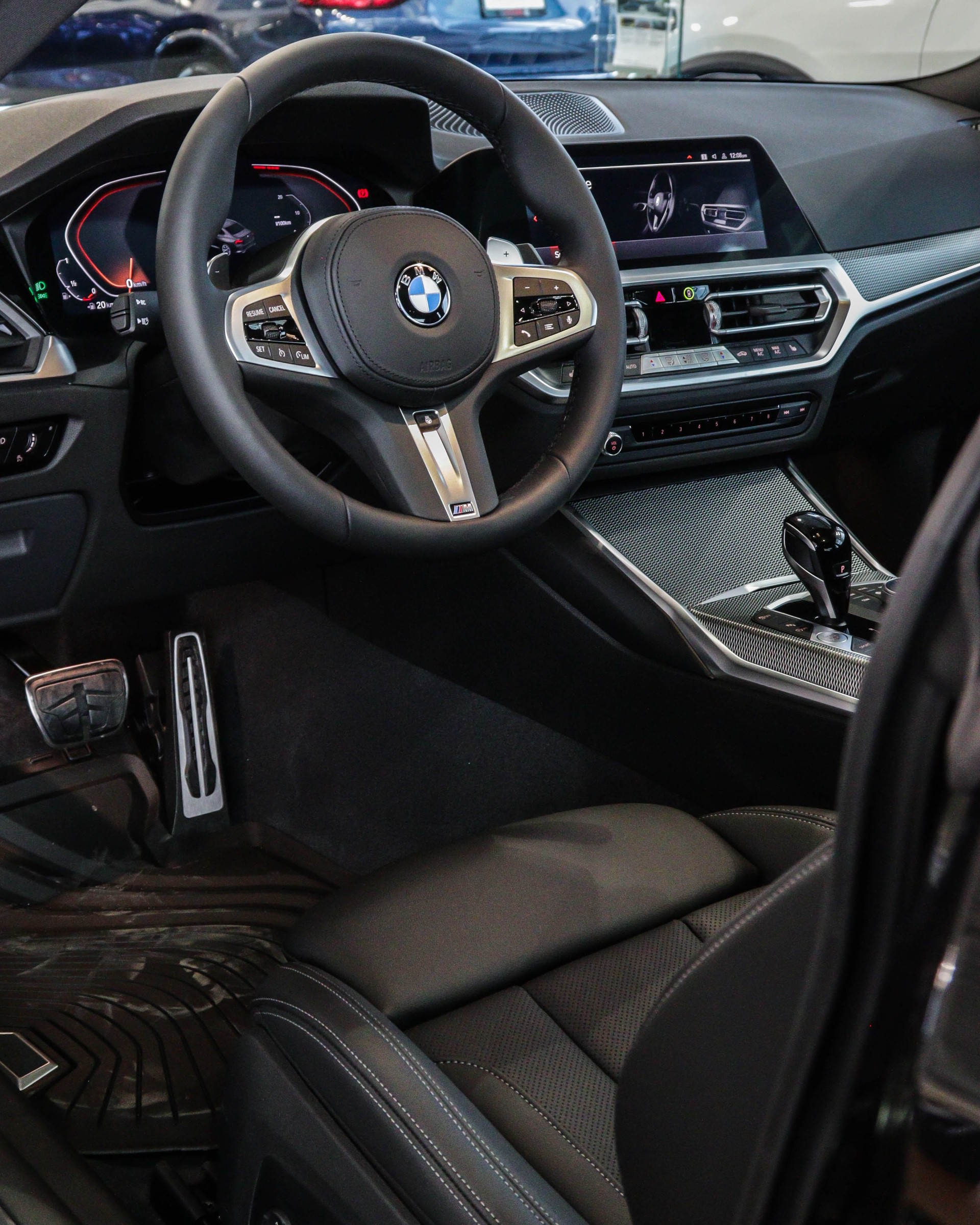