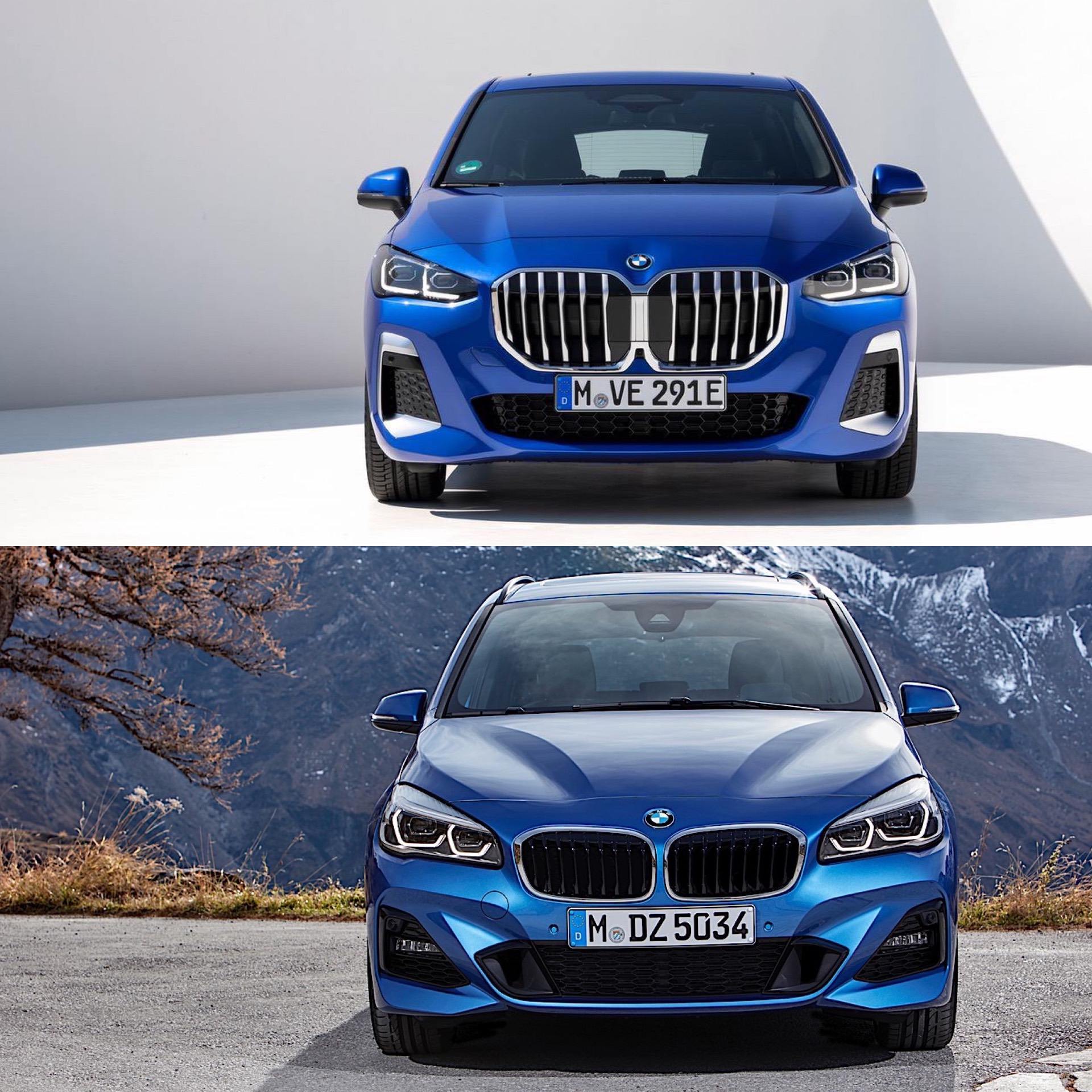 Now that the new BMW 2 Series Active Tourer is here, current customers are going to start looking into trading their car in for the new one. BMW 2AT customers are mostly interested in three things; practicality, style, and technology. The new car has been massively upgraded in all three areas. So customers are likely to be quite happy. Now that it’s here, though, let’s take a look at the styling differences between the old and new cars. 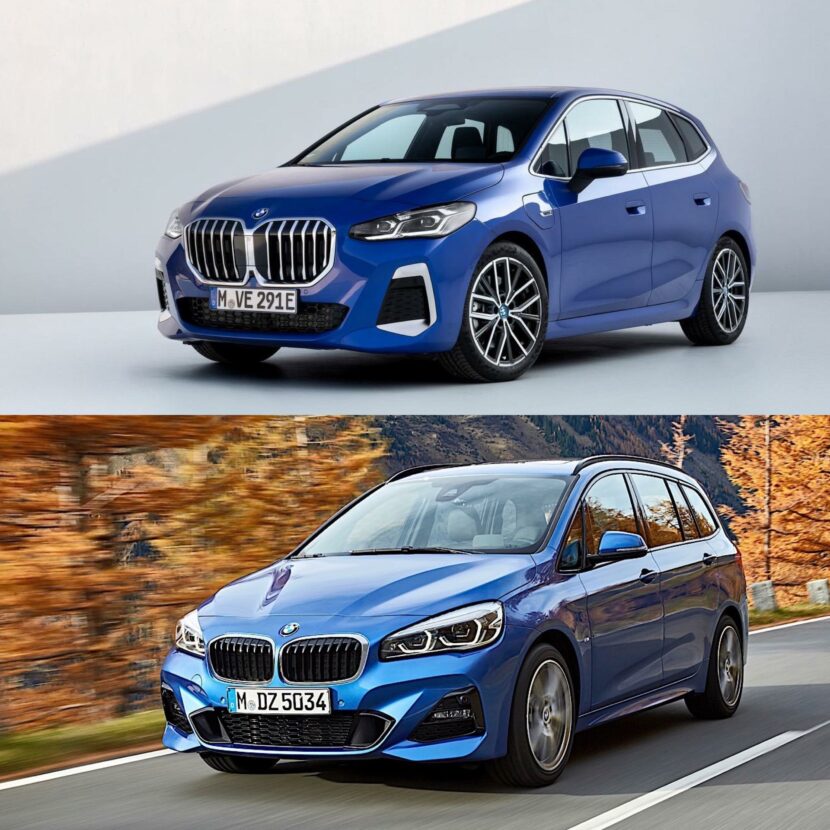 The new 2 Series Active Tourer gets a new grille, one that’s similar to that of the new 4 Series, i4, and iX. It’s a bit wider on the 2 Series Active Tourer than on those cars but the general design is similar. Compared to the previous-gen F45 car, this new U06-gen grille is definitely more aggressive and bold. The previous car’s grille was sensibly sized and, while a bit boring, handsome overall. This new one is extreme. Headlights are nice on the new car, though; slim, elegant, and they feature cool lighting elements. The new car is certainly more eye-catching and “stylish” but it might seem a bit over-styled for some. 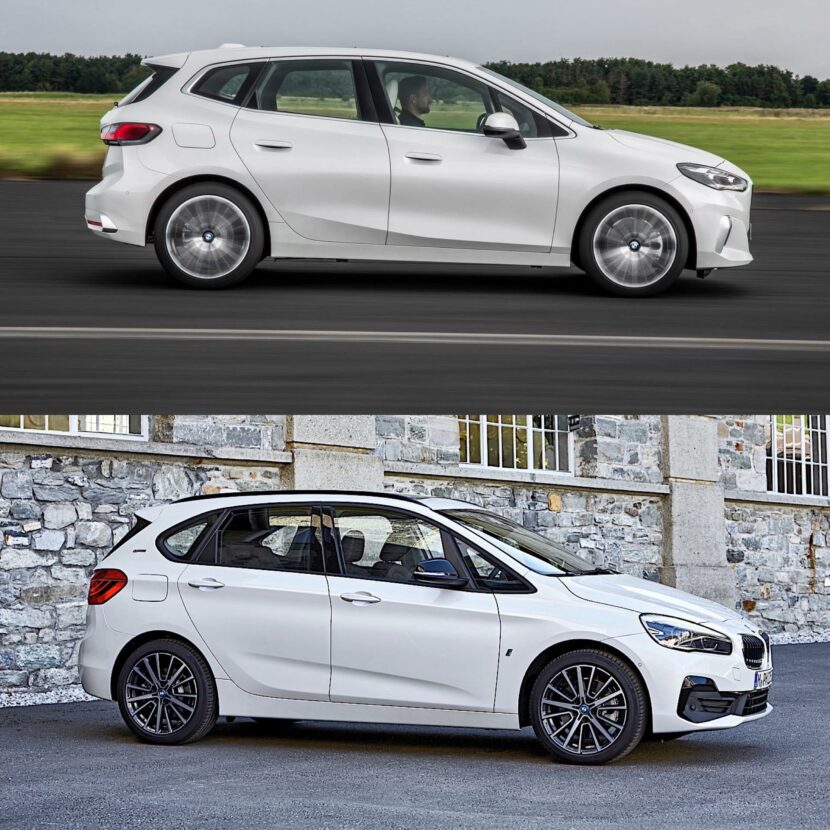 In profile, the two cars are rather similar. They’re both shaped almost exactly the same, they both have stubby overhangs, and they both have door-mounted side mirrors. However, the new car seems a bit lower, has a sportier roofline, and a taller, more upright front end. The new car is better looking but not by much, simply because it hasn’t changed all that much. The new door handles are a nice touch, though. 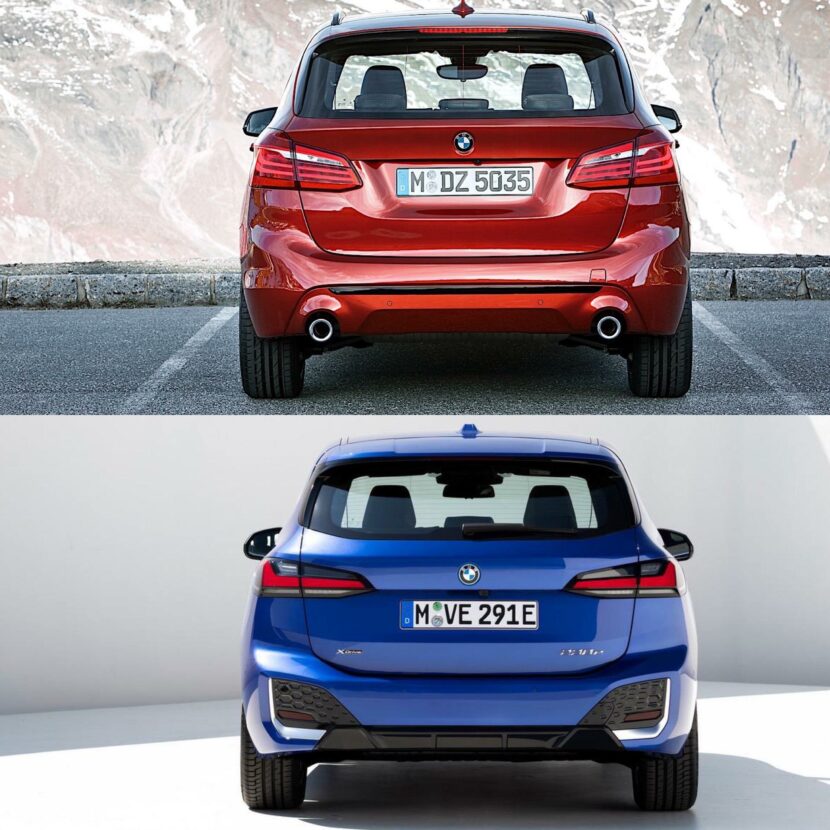 The back end of the new 2 Series Active Tourer is likely the exterior’s most improved area. It gets all-new taillights that are slim, modern, and much more premium looking than the chunky lights on the previous-gen model. Though, the new car does hide its exhaust pipes, which is a bit of an automotive sin for most enthusiasts. Still, the new car’s back end is prettier than the old one’s. 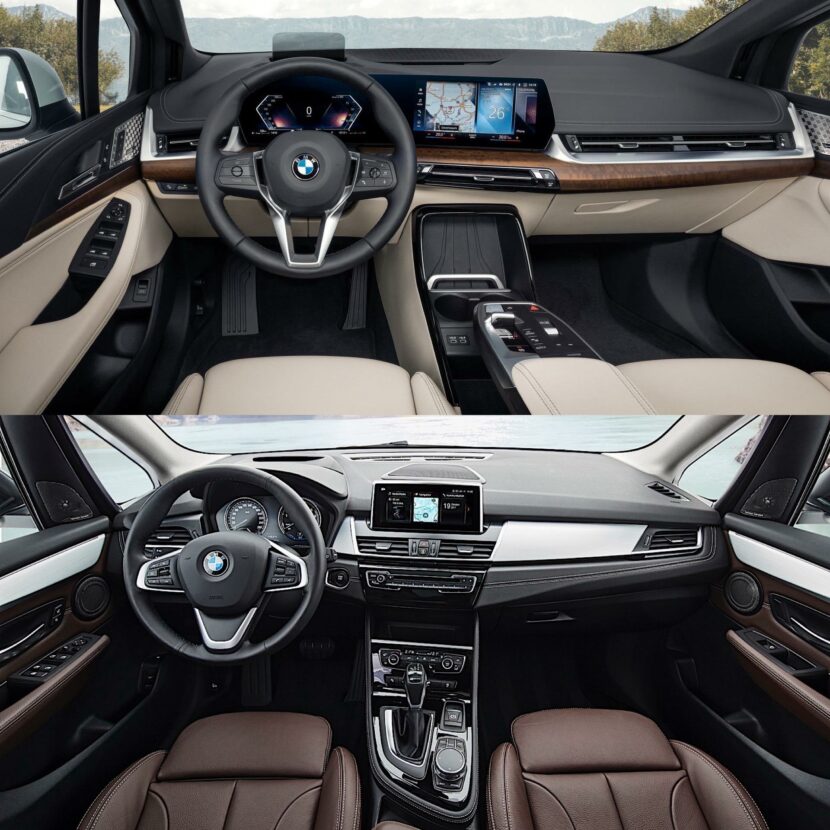 This is where customers are really concerned. The 2 Series Active Tourer was always known for having a comfortable, spacious, and well-made interior with great tech. Not only is that still true but it’s much improved over its predecessor’s. The dash design is simple, elegant, and modern, while its tech is pulled straight from BMW’s top-of-the-line iX. It also gets some interesting unique touches, such as the all-new seat design and the new door panels. There are also more cubby holes for storage, such as underneath the armrest and the clever vertical-ish wireless charging tray ahead of the cupholders. 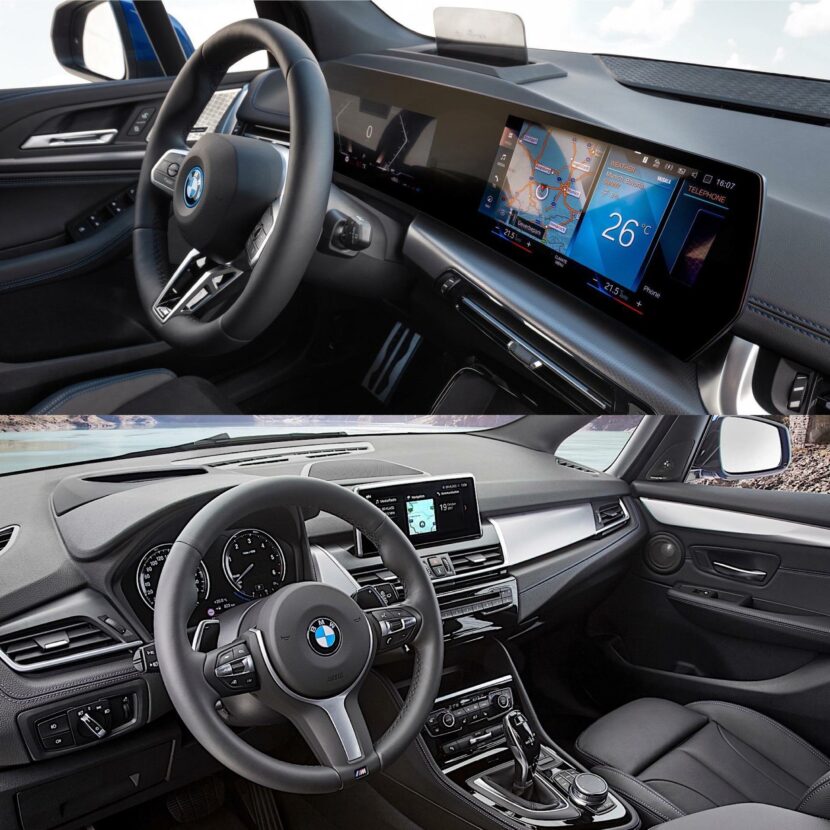 However, its tech is where new customers will really be wowed. The new iDrive 8 system is leaps and bounds better than the older iDrive 7 system on the current car. Additionally, the new Live Cockpit Professional digital gauge screen is miles ahead of the old analog dials, in terms of functionality and technology. Though, admittedly, some customers might actually prefer the look of the older dials.

Without question, the interior is the U06 2022 BMW 2 Series Active Tourer most improved area and the one that will draw the most customers over to it. However, the rest of the car is more stylish, more visually interesting, and more high-tech as well. We see current 2 Series Active Tourer customers rushing to dealers to trade their current cars in for new ones. 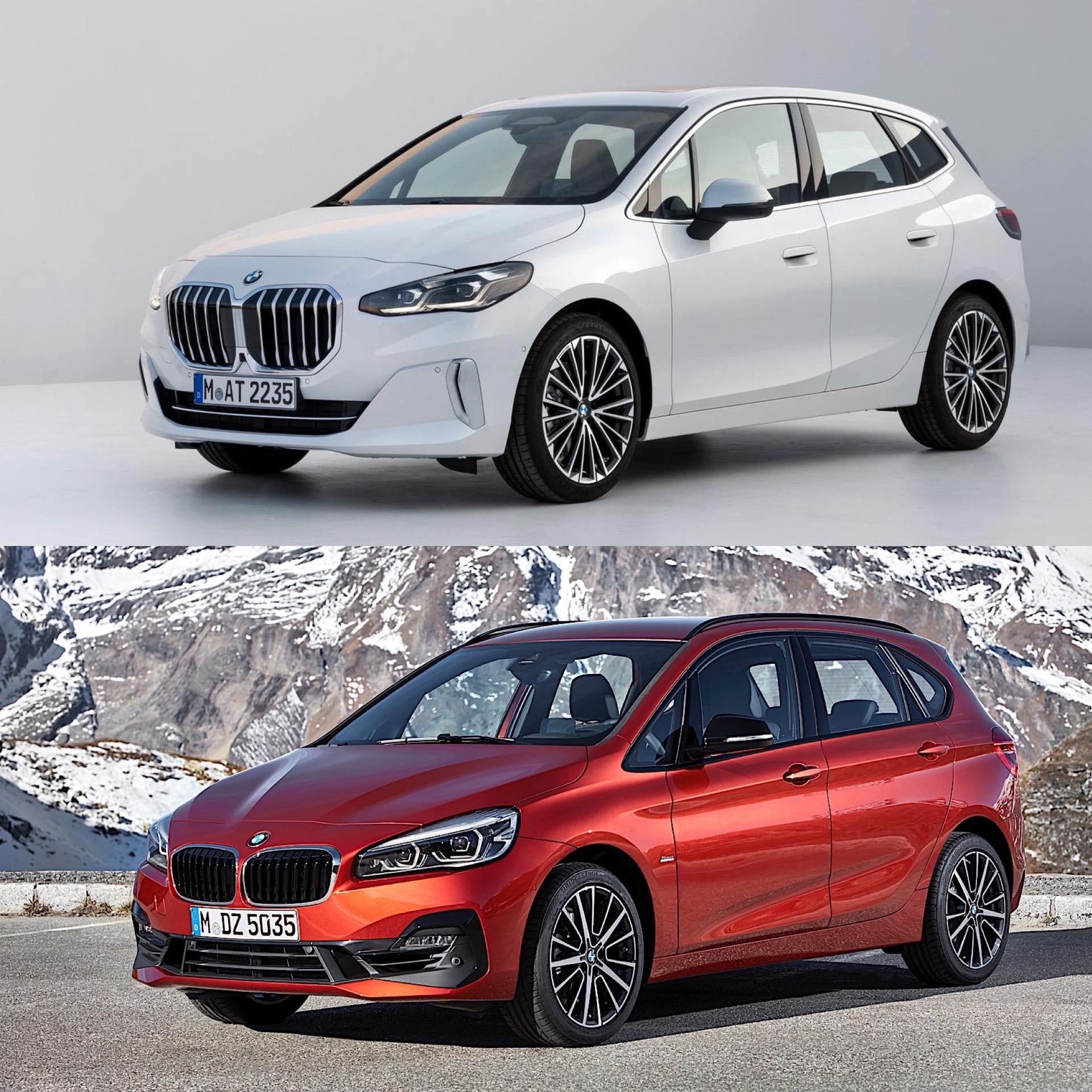 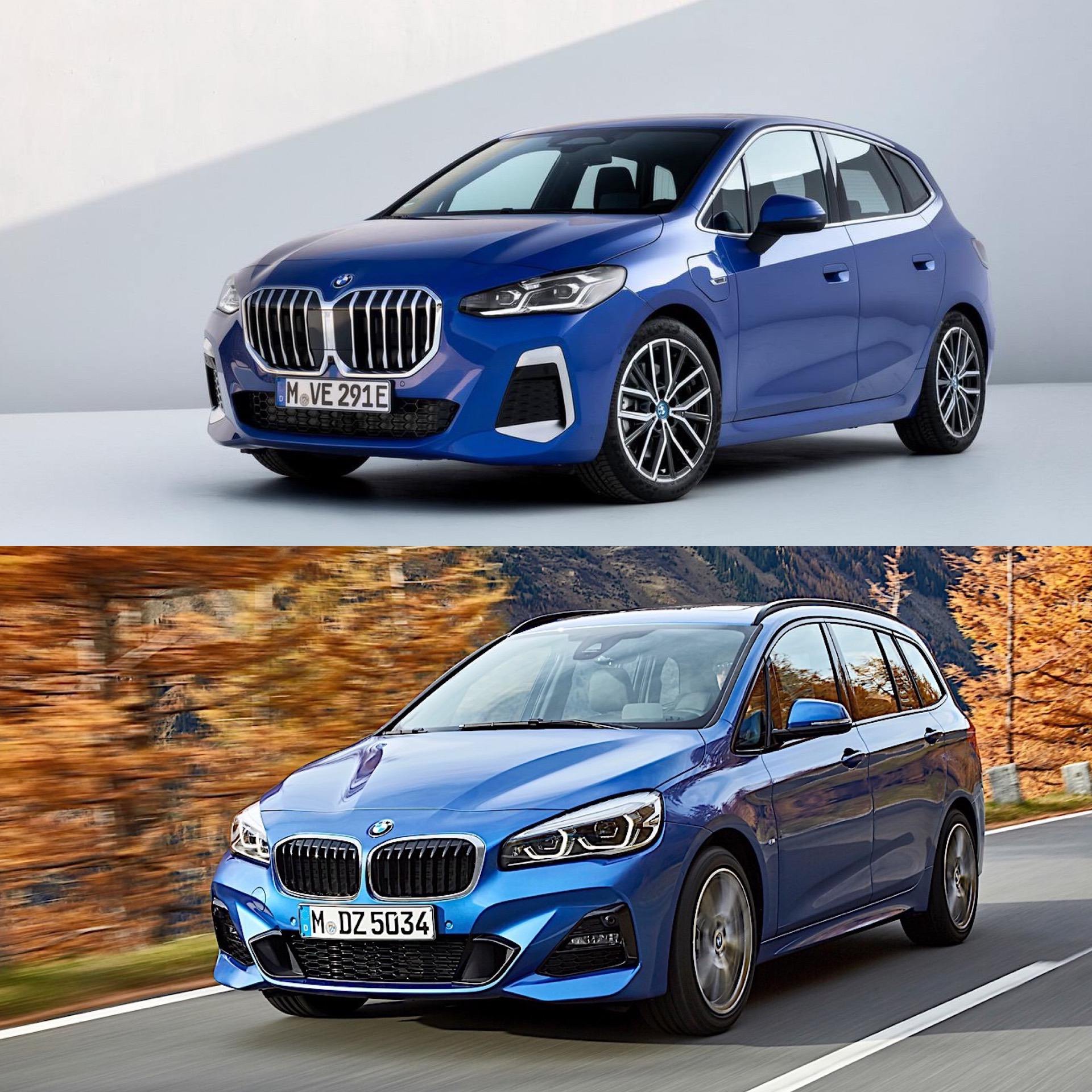 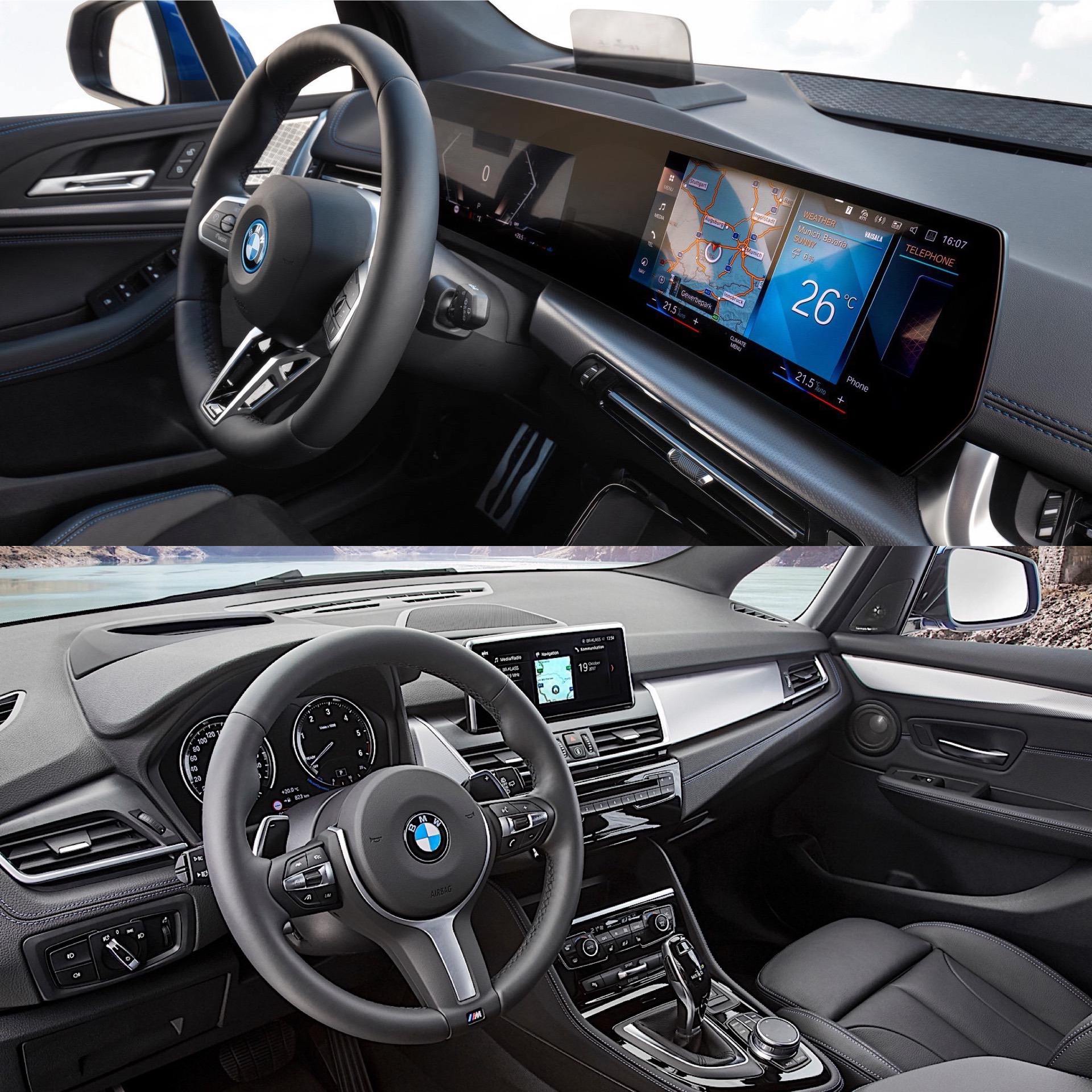 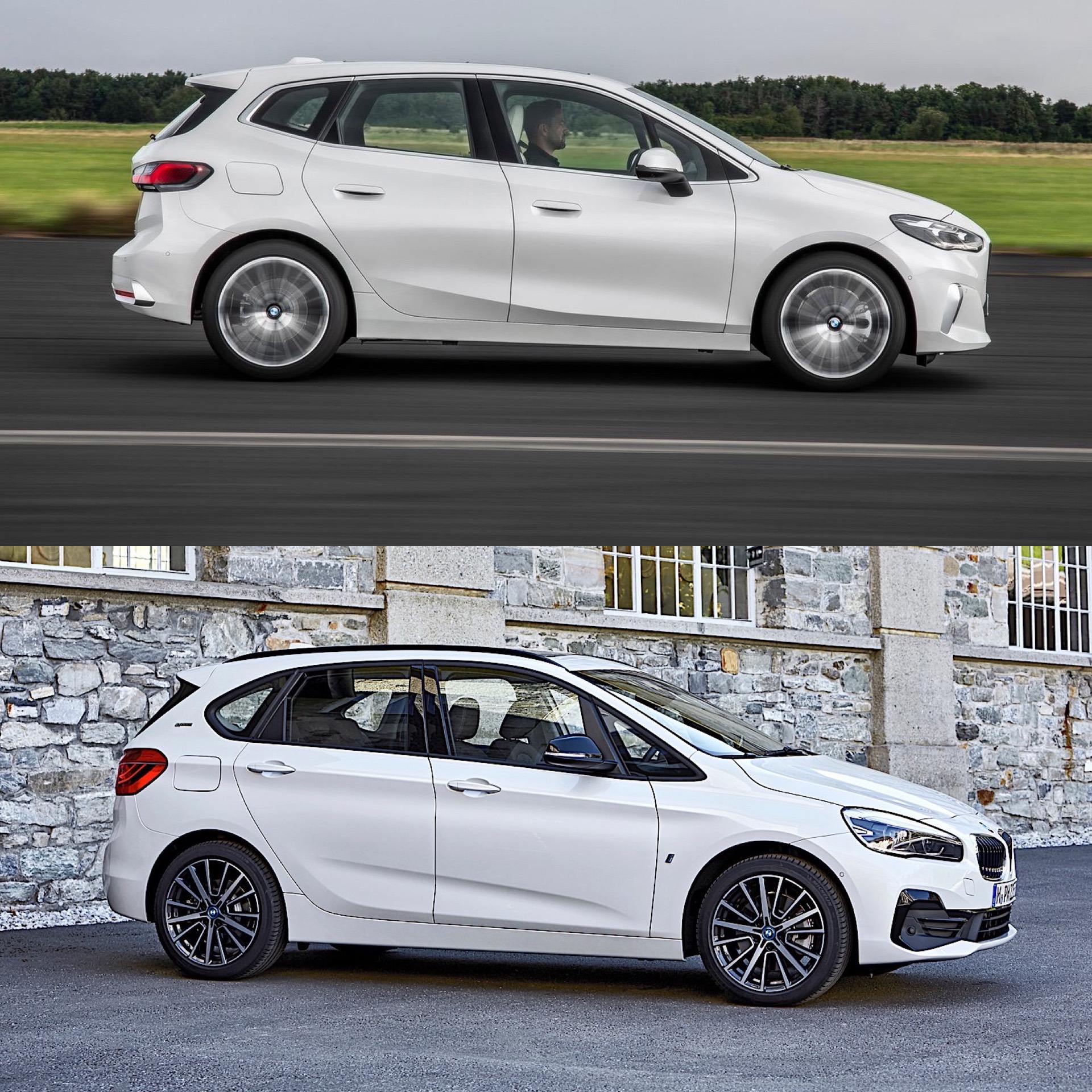 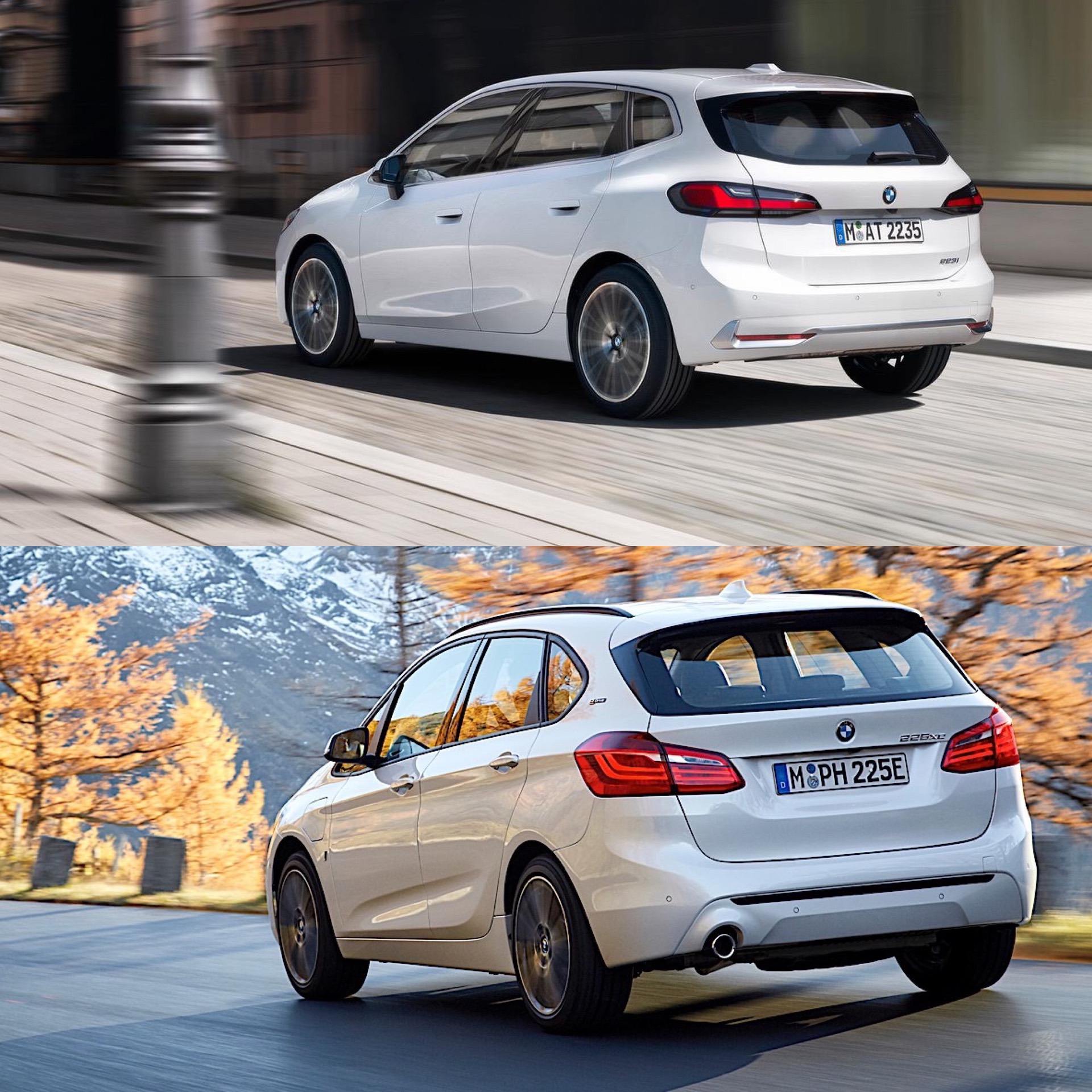 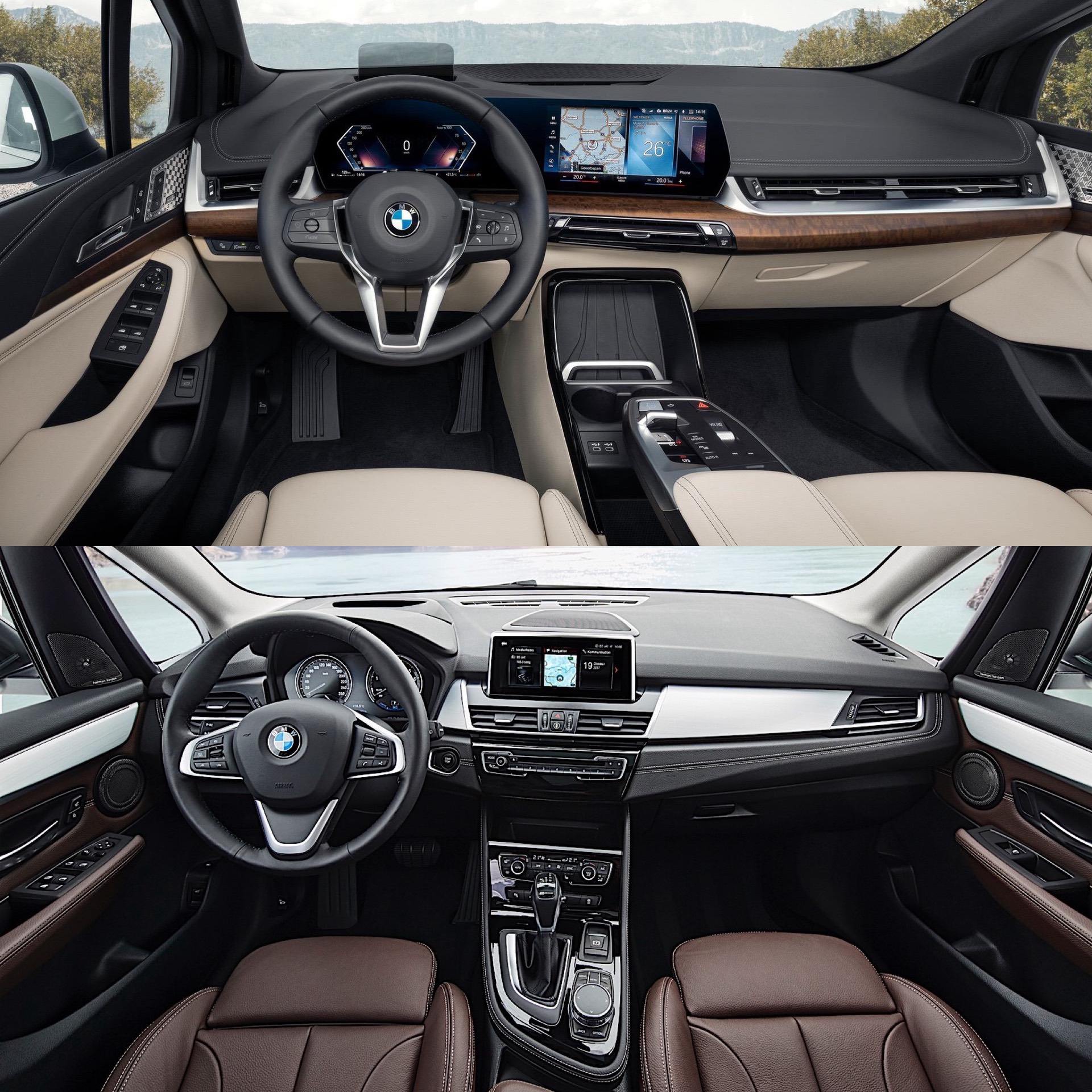 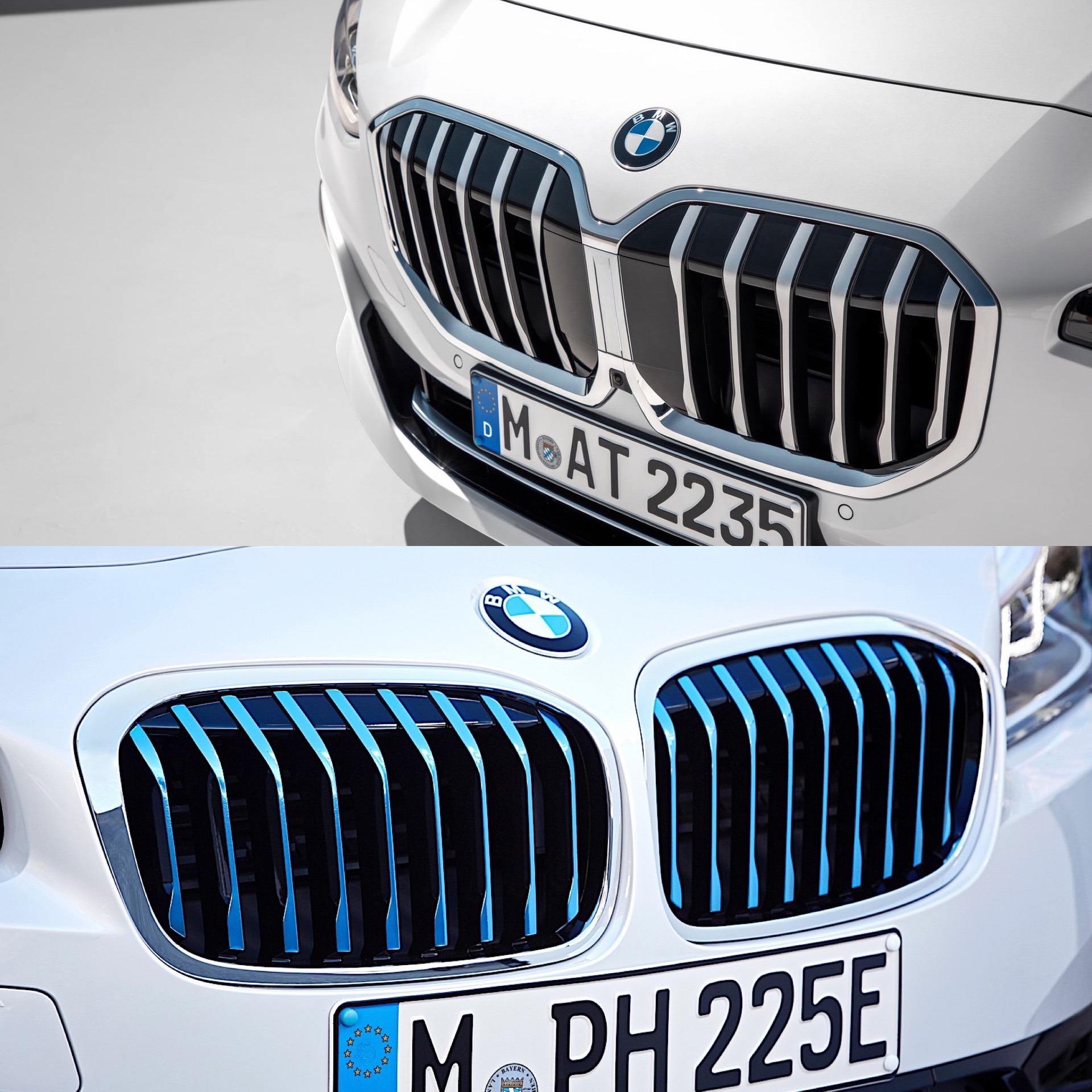