BMW iDrive 8 is the Best BMW Infotainment System Ever

Home » BMW iDrive 8 is the Best BMW Infotainment System Ever

The BMW iX is a big car for the brand for a number of reasons; it’s the first 300-mile electric BMW, it’s the most luxurious and most expensive, and it’s the first to debut the brand’s new iDrive 8 infotainment system. That last bit is important because iDrive is the means with which drivers and passengers interact with the car. For years, iDrive was the benchmark infotainment system in the industry but BMW’s competitors began to catch up in recent years, some of which even surpassing the current iDrive 7 for infotainment supremacy. However, this new iDrive 8 system is trying to put BMW back on top and customization is at the forefront of its strategy.

Multiple Ways To Interact With iDrive 8

In terms of design, the two conjoined screens look great, with a curved, floating design that’s both minimalist and high-tech. It’s a simple layout that’s easy to interact with, especially thanks to its touchscreen and rotary controls. There are gesture controls too but, even in their newest iteration, are gimmicky. 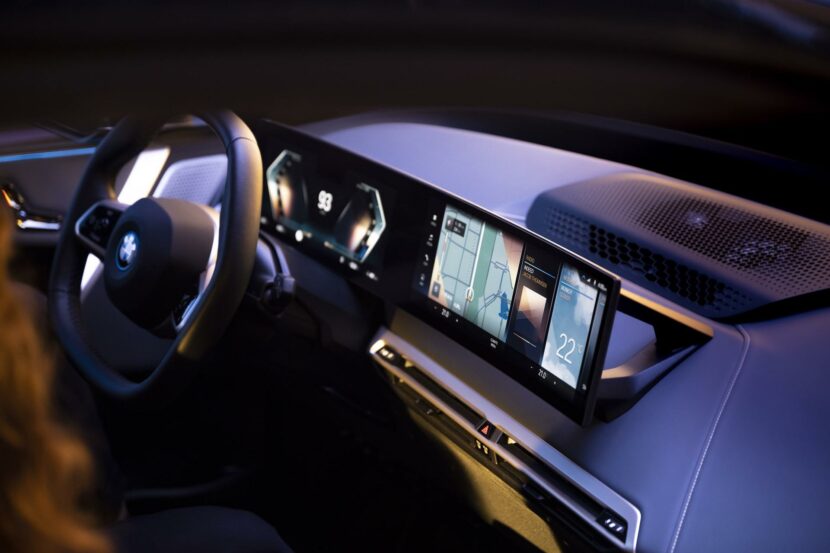 The driver’s main instrument panel, you’ll find a familiar set of digital gauges. To be fair, they’re really not gauges anymore but graphical displays that sort of visualize the digital speed readout. If the digital speed reading wasn’t there, there’d be no way of correctly judging your speed with the graphical speedometer, it’s just not precise enough. However, the graphics are crisp and look techy-chic and there are loads of customizable options for the screen.

For instance, you can put your navigation, media information, or even the car’s advanced driver assist screen in between the dials. The latter of which shows the car in its lane and the surroundings it recognizes, such as other vehicles around you. It’s not as heavily customizable as some systems from Mercedes-Benz or Audi but it has all the customization that you’ll really need.

An Evolution Over iDrive 7

As for the actual infotainment system itself, iDrive 8 is head and shoulders above the previous iDrive 7. Admittedly, it’s not a massively revolutionary change over the seventh-gen version but the eighth-gen improves on it in every single way. The layout is actually quite similar, with large menu tiles that provide live previews of each menu. However, there’s also a large iPhone-like menu which, when pressed, shows all available apps in easy-to-touch icons. For this mobile-phone generation, it’s far more intuitive than most other infotainment systems. 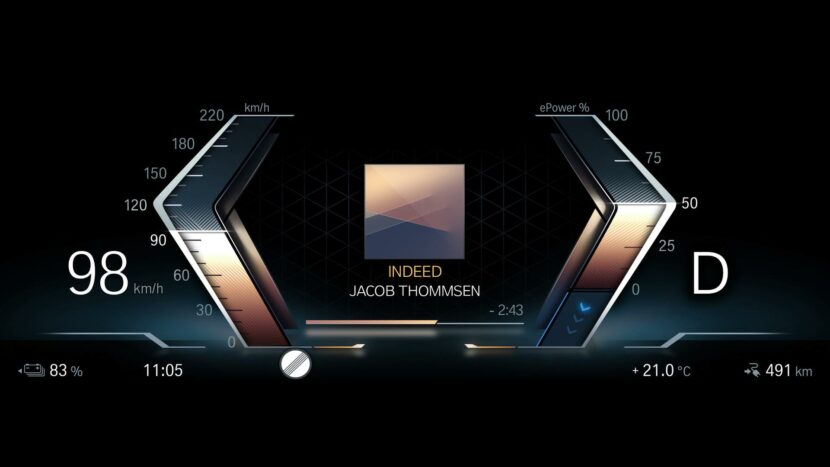 One new function added to iDrive 8 is the climate menu. Gone are the physical climate controls found on every previous BMW in history. Instead, iDrive 8 — at least in the case of the BMW iX — features a digital menu screen with which to control the car’s cabin climate. A dedicated climate menu button remains fixed at the bottom middle of the screen, allowing for quick, easy access to climate controls, without having to dig through submenus.

In that menu, there are separate zones for the driver and the passenger, with controls for temperature, fan speed, heated seats, heated steering wheel, defrosters, and even some quick shortcuts, such as max A/C and the ability to sync the front zones. It’s comprehensive but also easy to understand and use, despite being touch-controlled. 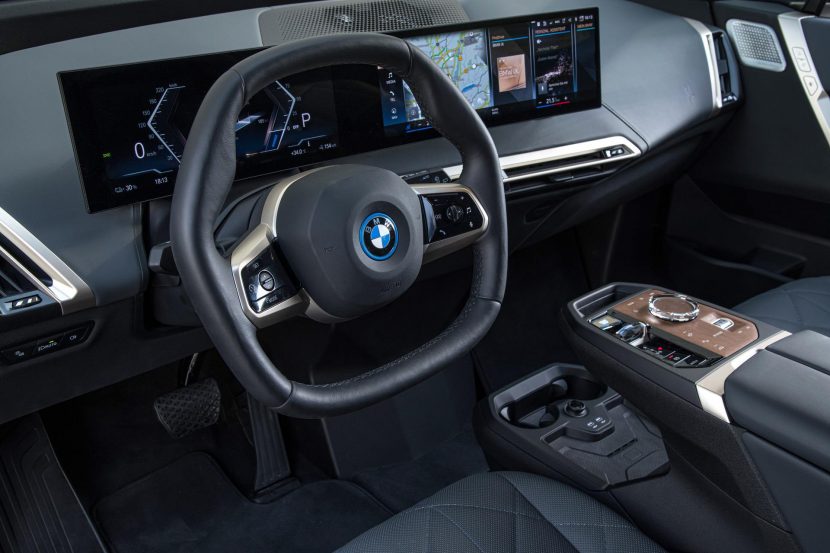 Both Horatiu and I have used iDrive 8, he far more so than I, and we’ve both come away feeling that it’s easily the best version of iDrive yet. While the previous version was good, it was beginning to get a bit too complicated and confusing. While iDrive8 is technically even more complex; due to its added features and the addition of climate control; its interface has been reworked to be far easier and more intuitive to use. Its integration with the driver’s instrument panel is better than ever before and it also looks far better than ever.

Therefor, BMW’s new iDrive 8 is a bit step up. Click below to see a new demo of the BMW iDrive 8, live from the BMW Fiz Research and Development Center in Munich: