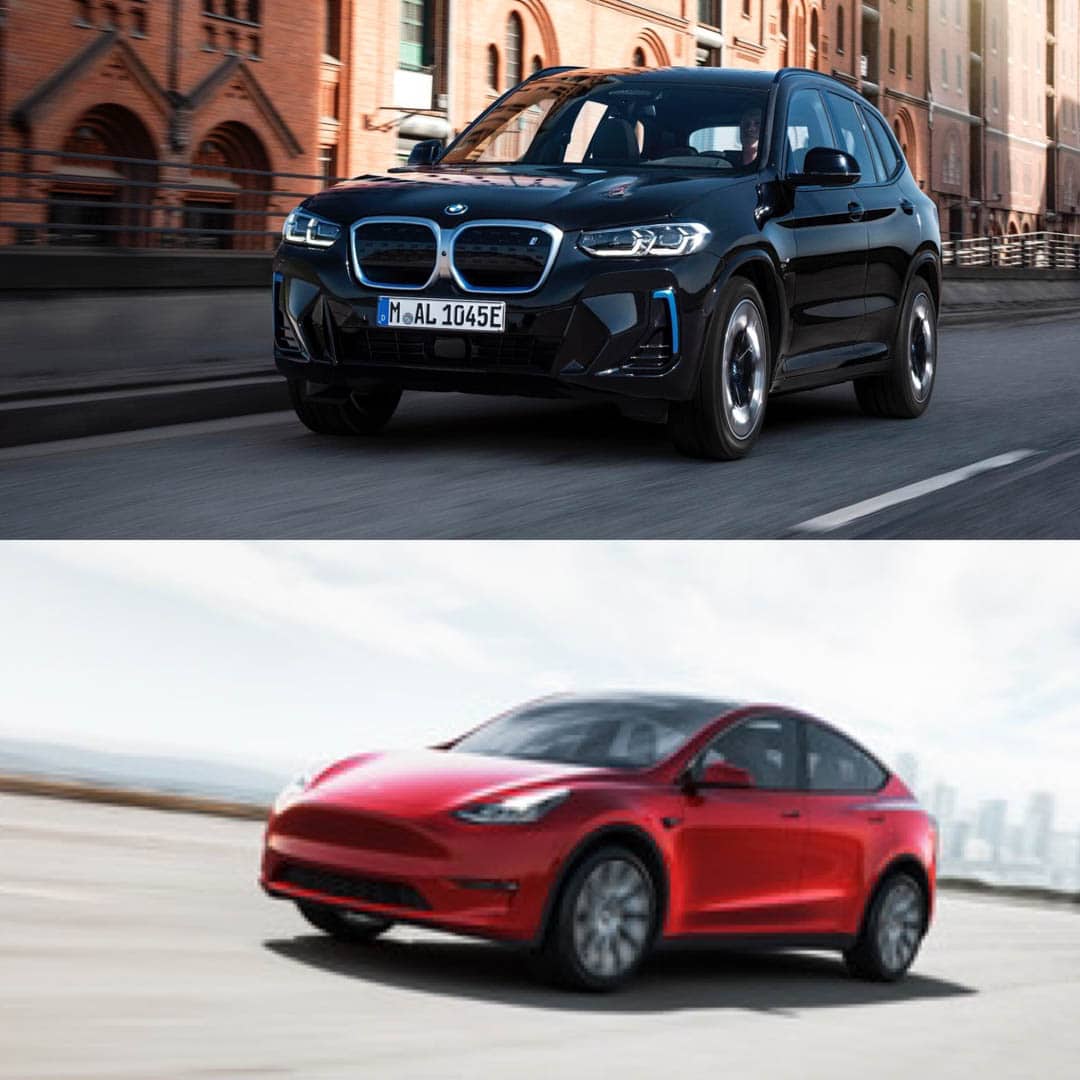 BMW doesn’t have the best reputation for making sexy electric cars. The BMW i3 was a quirky and interesting looking car but not one many people loved. The new i4 and iX are okay but neither have any real love from the fanbase for their styling. The BMW i8 was objectively stunning but that was neither fully electric, nor very popular. However, there’s nothing really offensive about the BMW iX3, as it’s just an electrified version of the standard X3, a good looking car in its own right. The fact that it received the X3’s LCI facelift only makes it better.

Now that it’s here, let’s take a look at how its design stacks up against those of its competitors. Chief of which is always going to be the Tesla Model Y, as all electric cars must be benchmarked against Elon Musk’s electric brand. It’s the household name of EVs, therefor the metric by which all other EVs are measured. Let’s jump in. 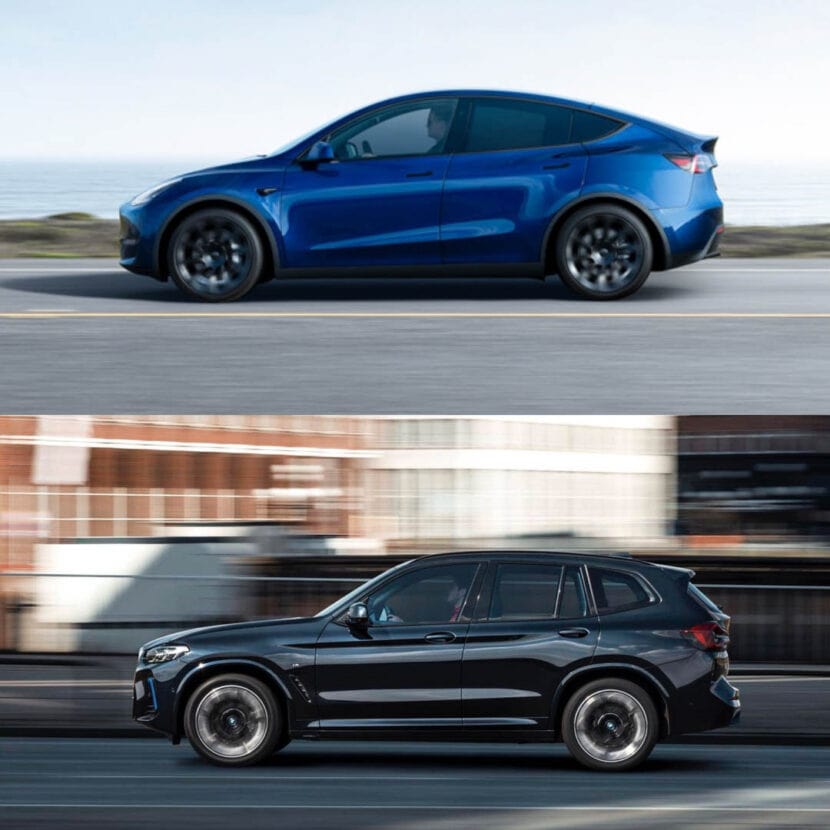 Up front, the BMW iX3 has to take this, right? The Model Y isn’t really offensive looking but there’s more interesting design to be seen on a sheet of printing paper. While the iX3 isn’t perfect, it’s certainly more visually interesting than the mouthless Model Y. The reinterpretation of the BMW kidney grille, double circle headlights, and the creases in the hood all give it a more aggressive, more exciting look. The Model Y looks like someone put two googly eyes on a pebble.

In profile, the BMW wins again. The Model Y, again, isn’t horrific looking. It’s just boring. Admittedly, it gets a bit of a flare at its rear wheel arch and its window line is good looking but that’s really where it all ends. There’s almost nothing noteworthy about its side profile design at all. It’s like an egg that’s been given a fresh coat of paint. While the BMW iX is nothing spectacular, it features a handsome shape, a sharp shoulder line, a semi-traditional Hofmeister Kink, and a functional front fender vent. It’s not gorgeous but at least there are a few nice things to look at. 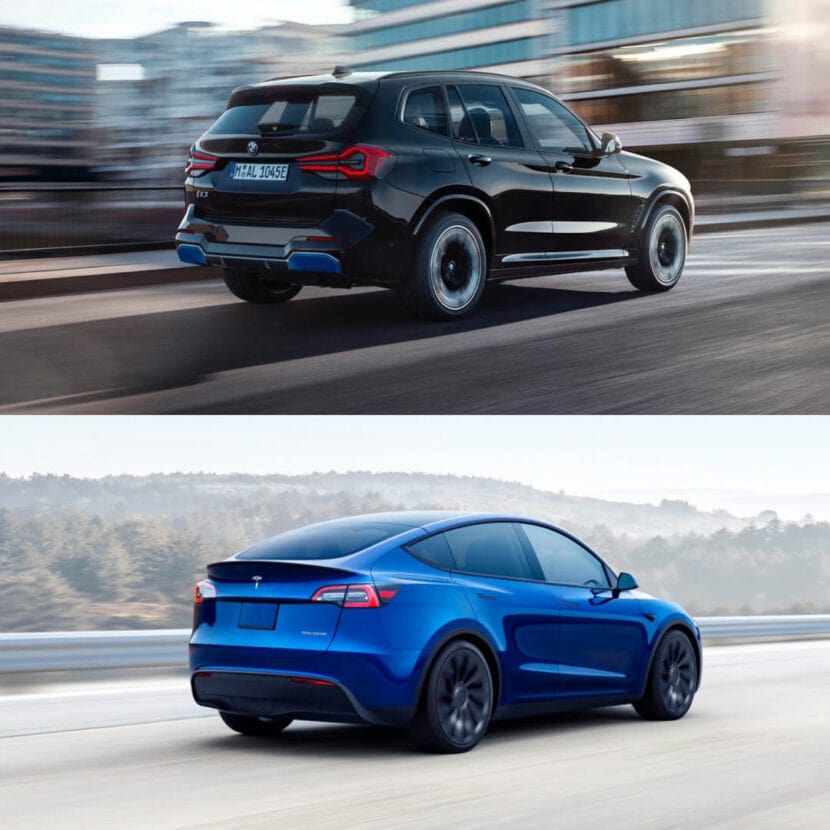 Out back, judging the two cars was more difficult. The Tesla Model Y’s best angle is from the rear, where its built-in spoiler gives it a sportier look. Its taillights are also nice looking, too. Underneath them, though, there’s just a see of nothing. I get it — it’s an electric car, there really isn’t much need for anything back there. However, BMW at least added some faux diffuser, painted where the exhausts used to be blue, and gave its taillights some nice three-dimensional structure.

The BMW iX3 is the better looking car. It’s more traditionally handsome, features more interesting visual features, and actually seems to attempt some cool ideas. Whereas the Tesla Model Y is an aerodynamic egg with some lights slapped on it. However, the Model Y is a much better EV, with far more range and far better performance. The iX3 is better looking but that’s really the only reason to buy one over the Model Y. 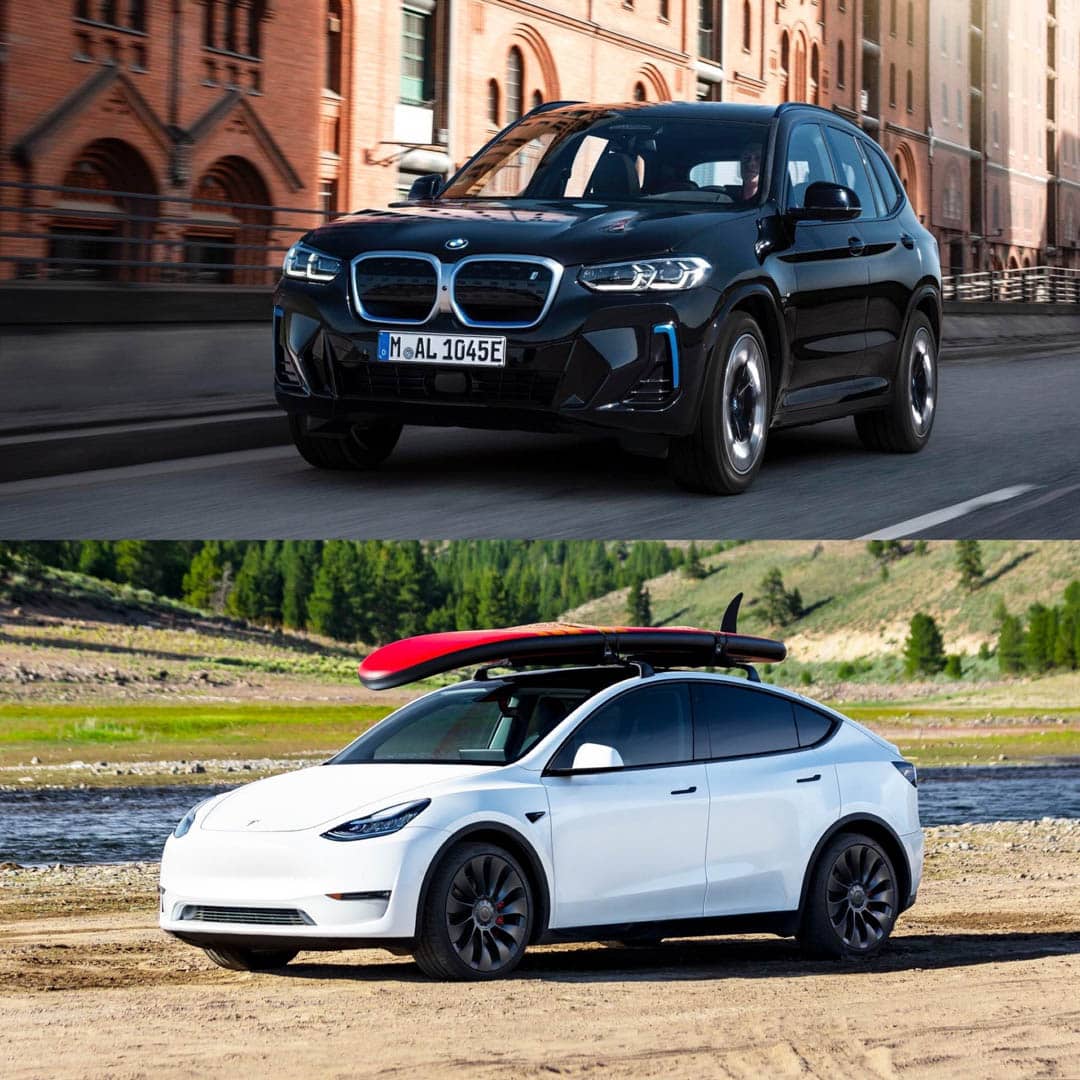 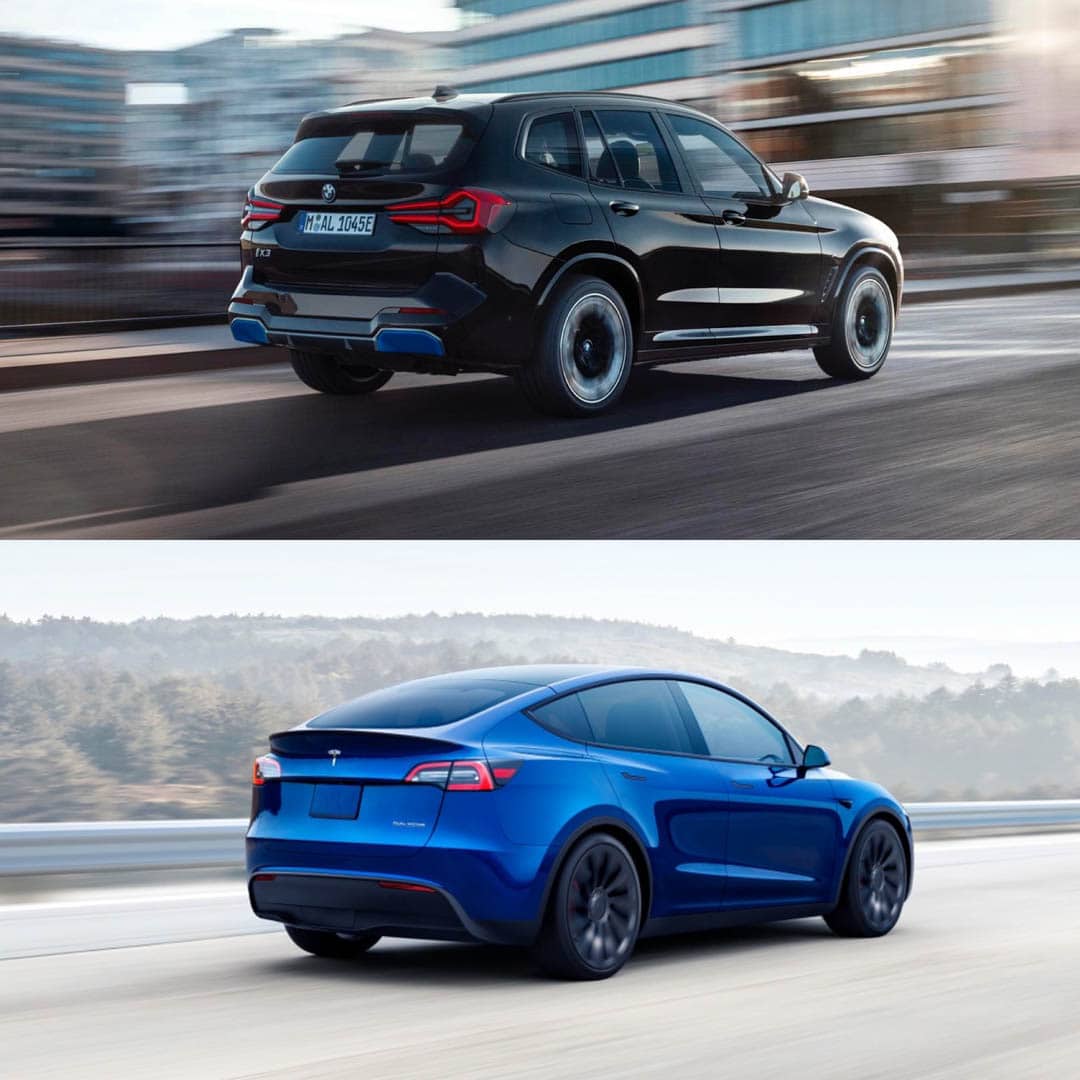 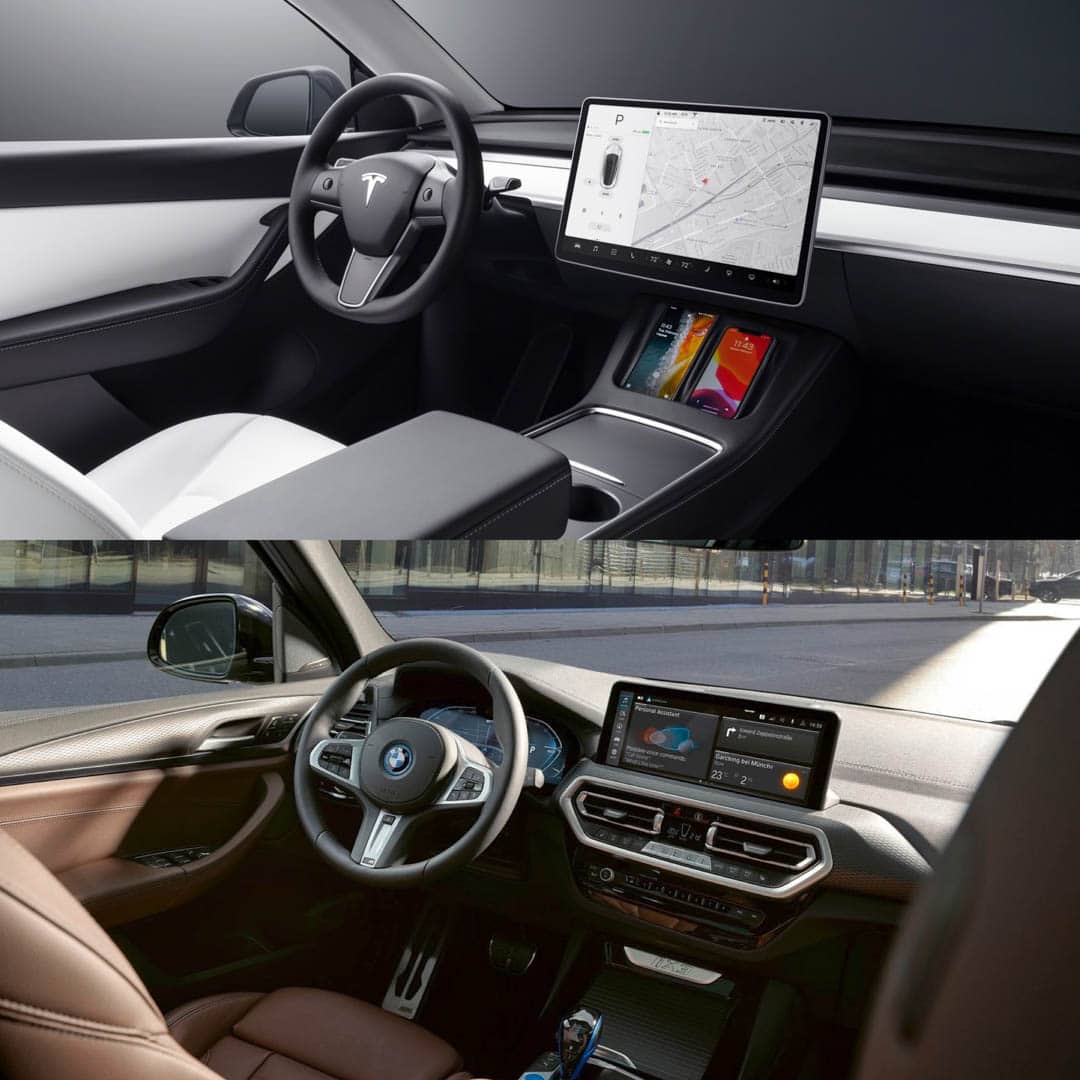 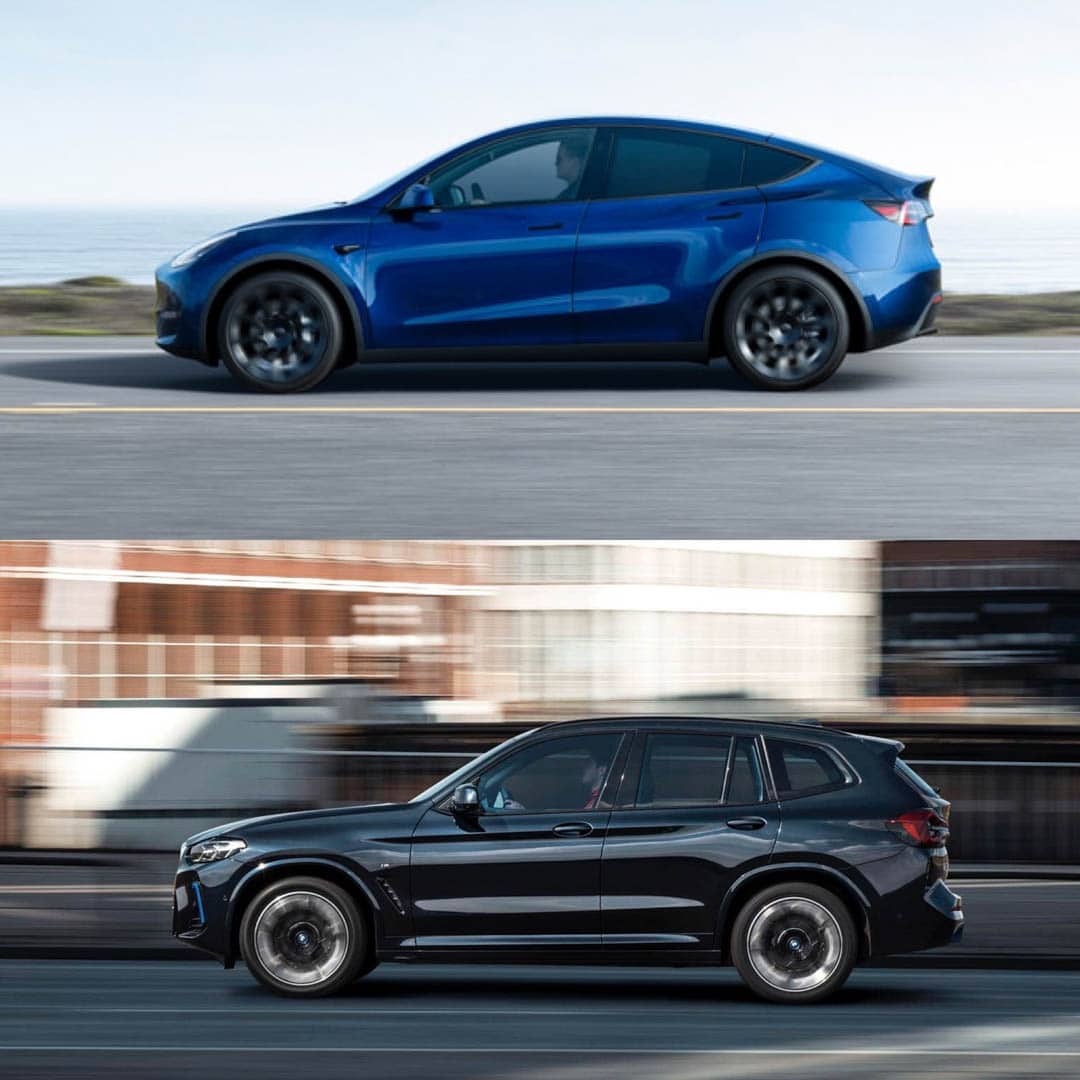