When the BMW i4 finally hits the road, it’s main target will be the Tesla Model 3. While the i4 isn’t exactly the electric 3 Series that we all would hope BMW would build to take Tesla head-on, it’s close enough. However, we’re not here to discuss how the i4 and Model 3 compare on the road, as the i4 hasn’t been made available to drive just yet. But we can compare their designs. So let’s take a look at which car is better on the eyes: the BMW i4 or Tesla Model 3.

Up front, this is a very interesting comparison. The BMW i4 has an oversized, obnoxiously large grille and the Tesla Model 3 has no grille at all. They’re polar opposites, in the grille department. Which works better? Hard to say, really. Neither really look good per se but, if I’m being totally honest, I think it’s actually the Tesla that’s better looking. I felt physically sick just typing that, as I usually find every Tesla design nauseating, but the Model 3 just look a bit sleeker, a bit sharper than the upright buck-toothed BMW.

From the side, the BMW i4 fights back. Sure, it’s nowhere close to the four-door supermodel that is the Audi e-tron GT but the i4 is better looking than the Model 3, with its relatively lifeless design. At some angles, you can see that the Model 3 does have a nice enough shoulder line and that its rear fenders flare out a bit but, overall, it has almost no flavor in its design. It’s been styled by aerodynamics and you can tell. While the i4 isn’t exactly a looker, it’s more visually interesting than the Model 3.

Out back, I will give the win to the BMW i4 but it’s not by much. The fact that Tesla gave the Model 3 such a dumpy looking bump, which slopes downward, really ruins it for me. The back end of the BMW i4 is the automotive equivalent of a saltine cracker; not really offensive in any way but completely, entirely uninteresting. Still, at least it has a bit of a built-in spoiler that does look better than the Model 3’s sad looking rear end. 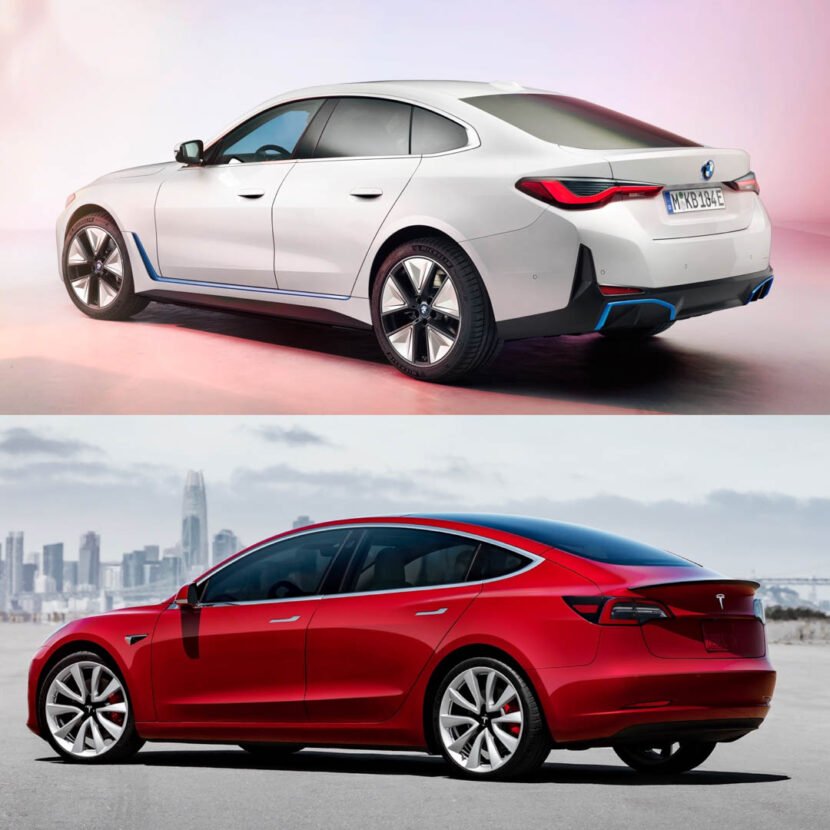 Overall, though, I actually think the BMW i4 does actually take this. I can’t believe I’m saying that because I genuinely don’t like the i4’s design much, but at least it looks like it was designed by people. People who took a shot at something different and, arguably, missed but that’s better than a bland, milquetoast design that looks as if AI used aerodynamics to smooth out a jelly bean. 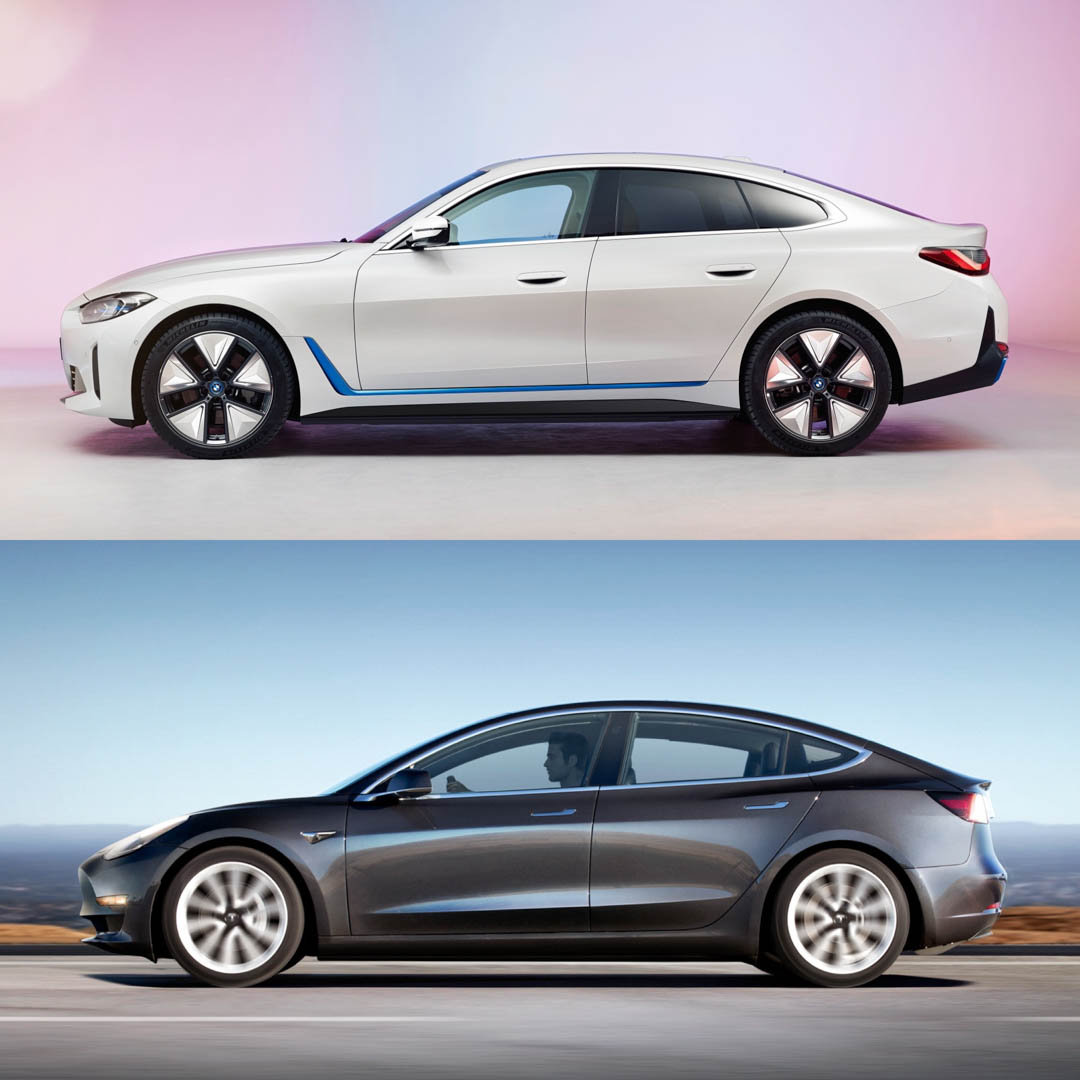 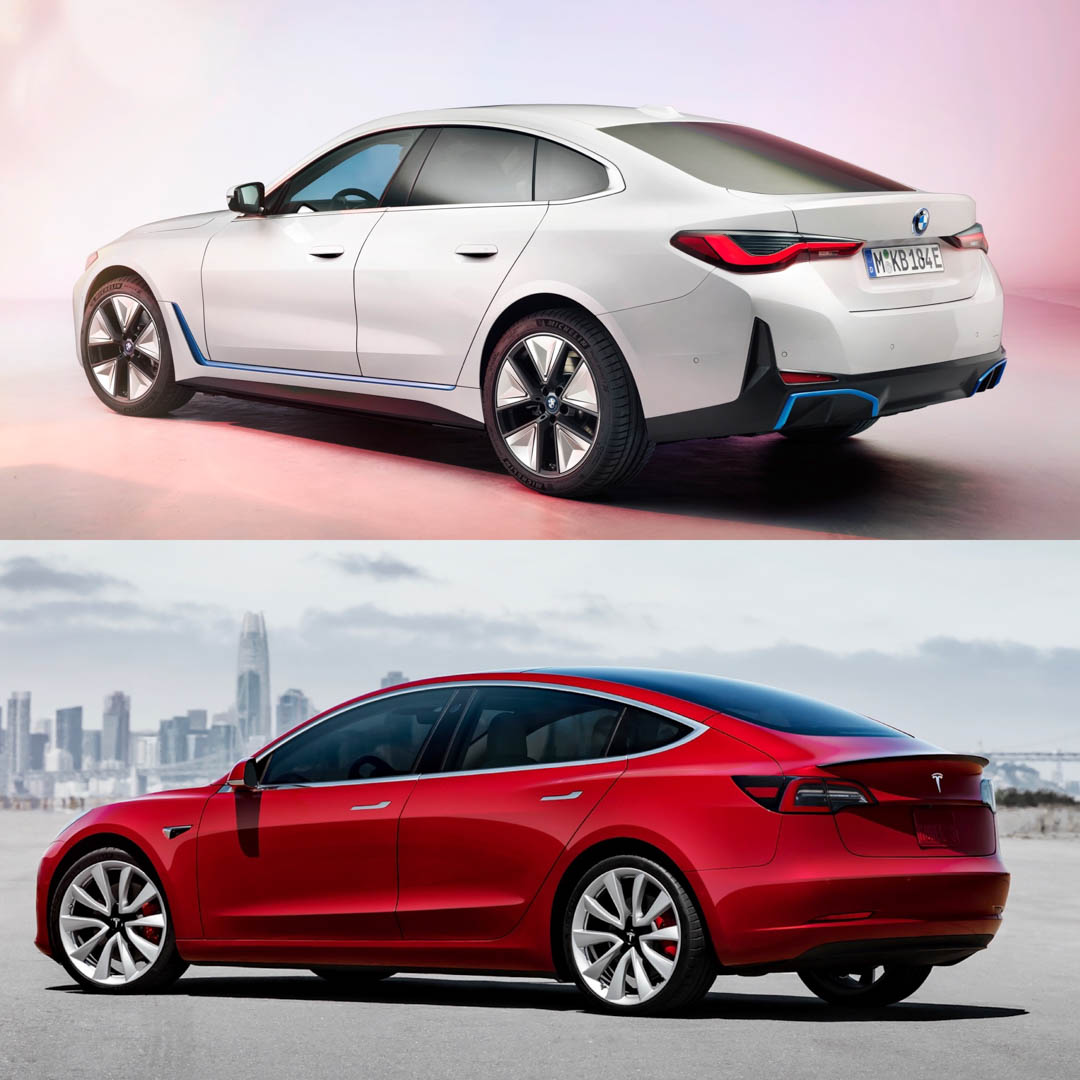