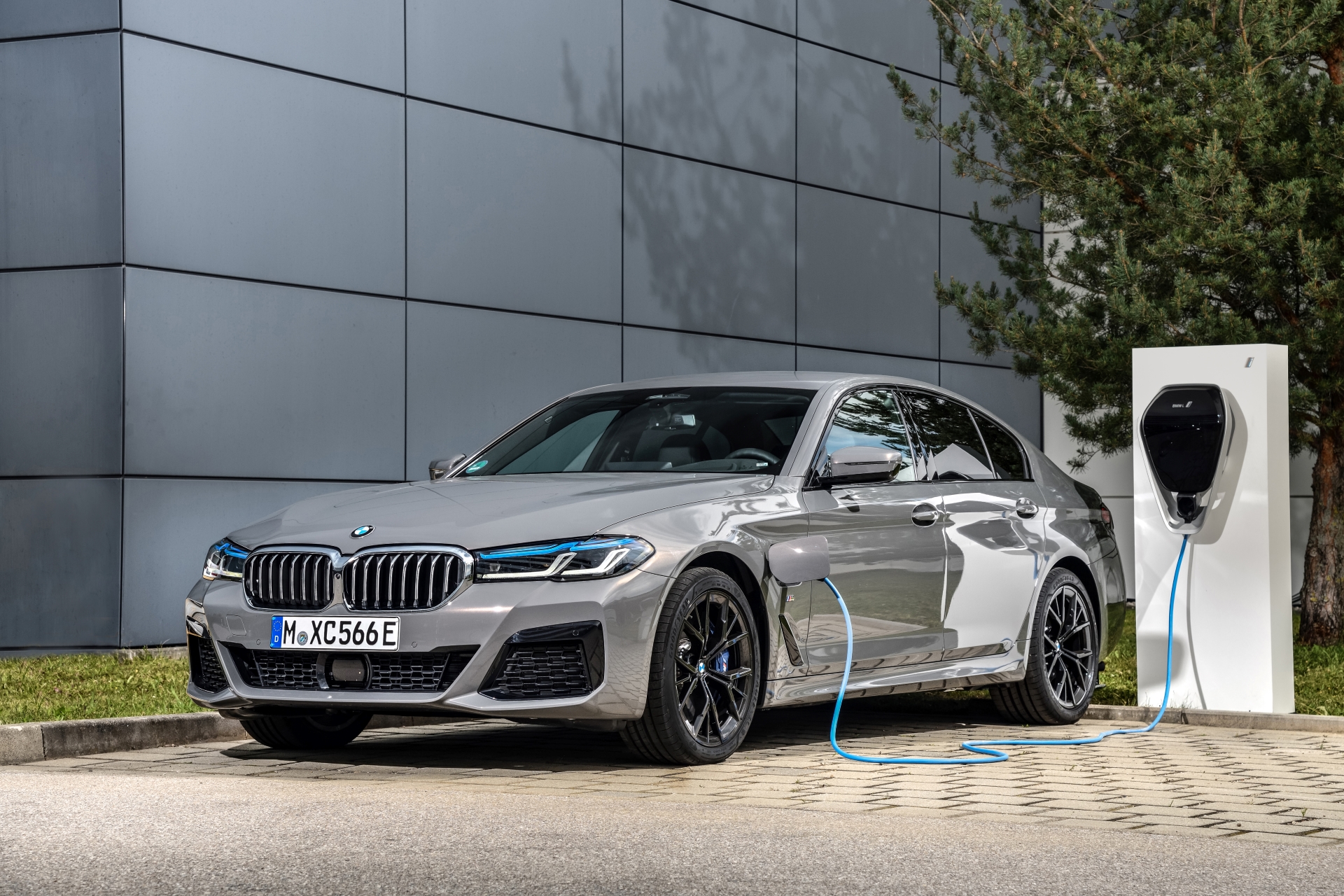 The electric future is no longer a future — it’s quickly becoming the present, as more and more automakers are offering large portfolios of electrified vehicles. BMW has even increased its hybrid offering quite a bit over the years. However, the vast majority of customers are are a bit slower to adapt than enthusiasts, so knowing what’s actually available can be tricky for many potential buyers. Which is why we’ve put together a list of which hybrid BMWs are currently on sale, both in North America and Europe. 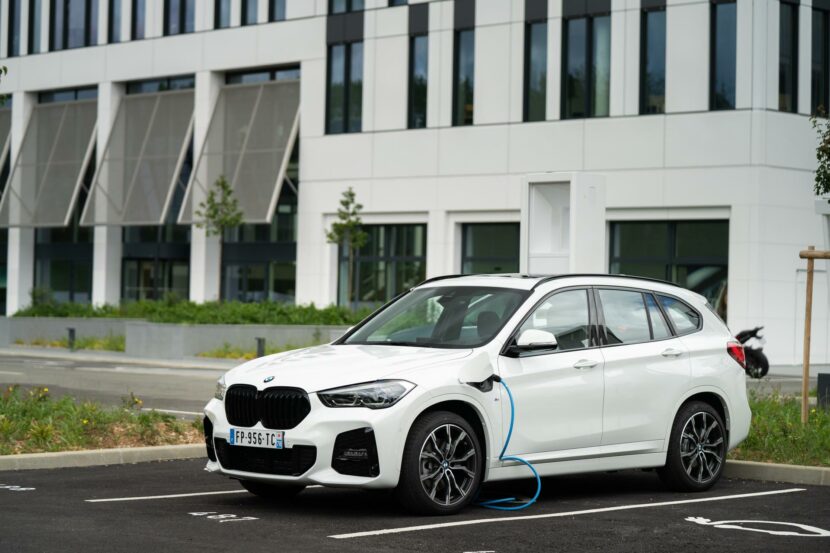 The X1 xDrive25e is the smallest crossover you can get from BMW with a hybrid powertrain. It comes with a 1.5 liter turbocharged three-cylinder engine paired with an electric motor, which combine to make 162 kW (217 horsepower) and can achieve a claimed 1.9 liter/100 km (123 mpg) combined between EV driving and the gas engine. It can also drive 49-52 km (30 miles-ish) on just electric power. 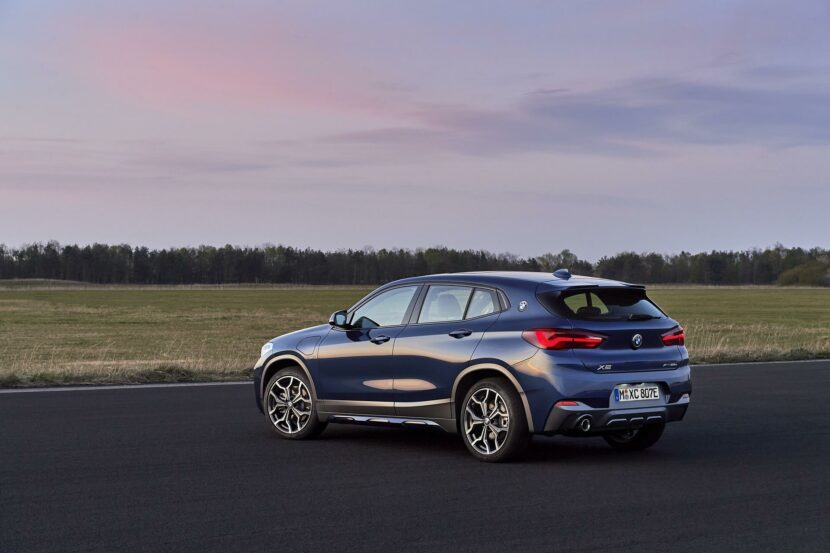 It goes without saying, the X2 xDrive25e is just a more stylish version of its X1 sibling. The hybrid powertrain is identical and so is its fuel efficiency. Though, the X2 can get an extra kilometer or two of electric range, likely due to its superior aerodynamics. 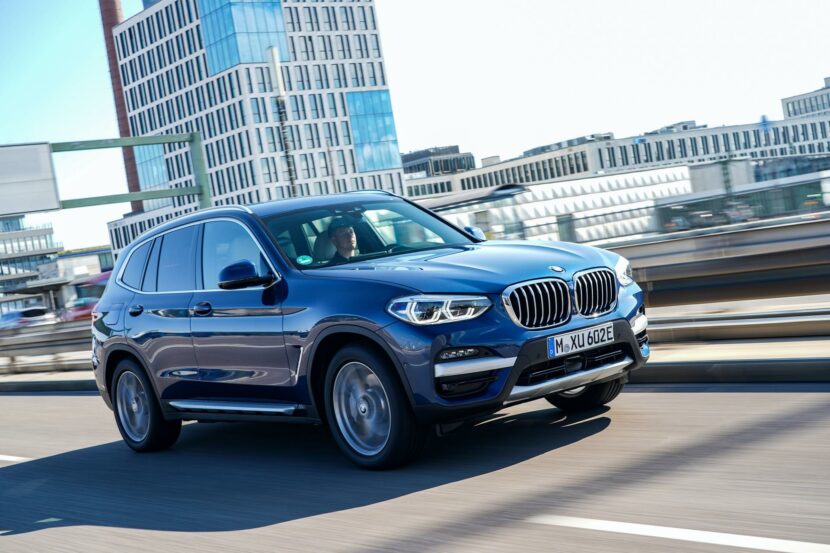 This is one of the few hybrids that’s available in both North America and Europe. The BMW X3 xDrive30e uses a 2.0 liter turbocharged four-cylinder engine with an electric motor to make a combined 215 kW (288 horsepower in NA) and use only 2.4 liters of fuel per 100 km (98 mpg US). So it’s not as efficient as its smaller siblings, due to its weight. It can also drive 43-51 km (26-30 miles) on pure electricity. 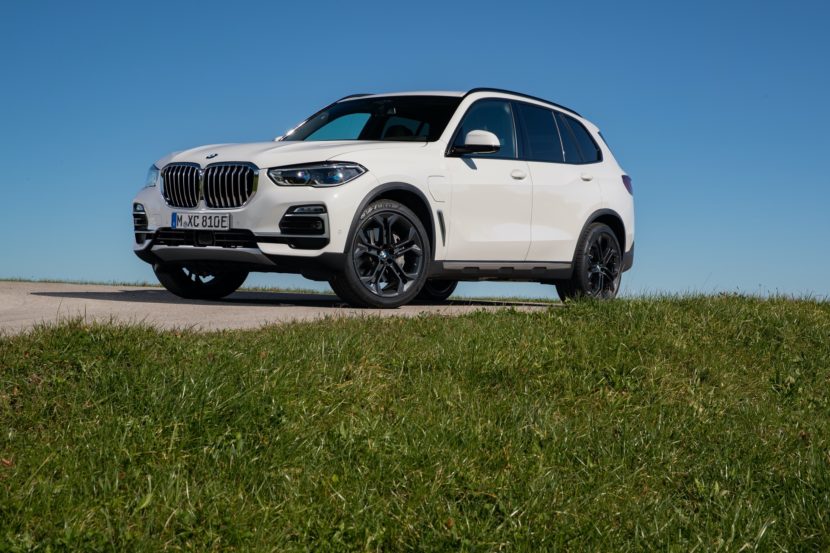 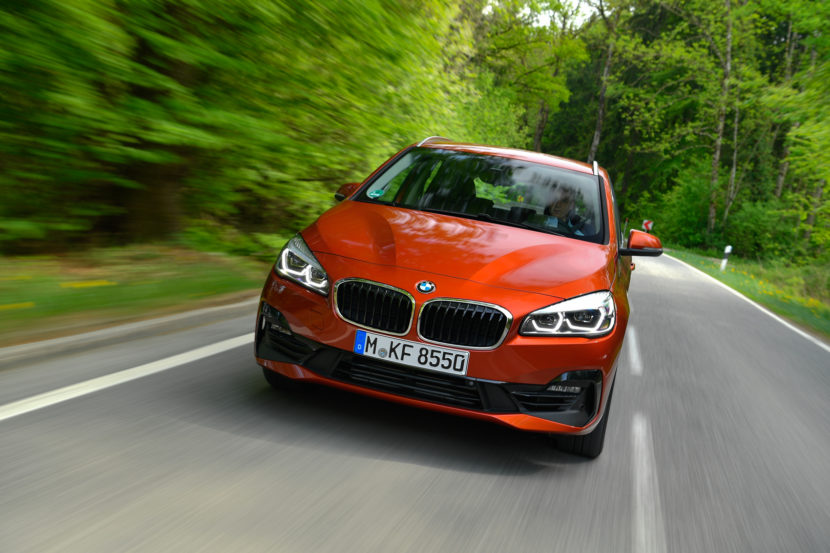 For the 225xe Active Tourer’s powertrain, see: BMW X1 and X2 xDrive25e. It uses the same hybrid powertrain combo as both of those cars, just with slightly different economy and range figures. The hybrid 2AT can use 1.8 liters per 100 km and do 52-55 kms on electricity alone. 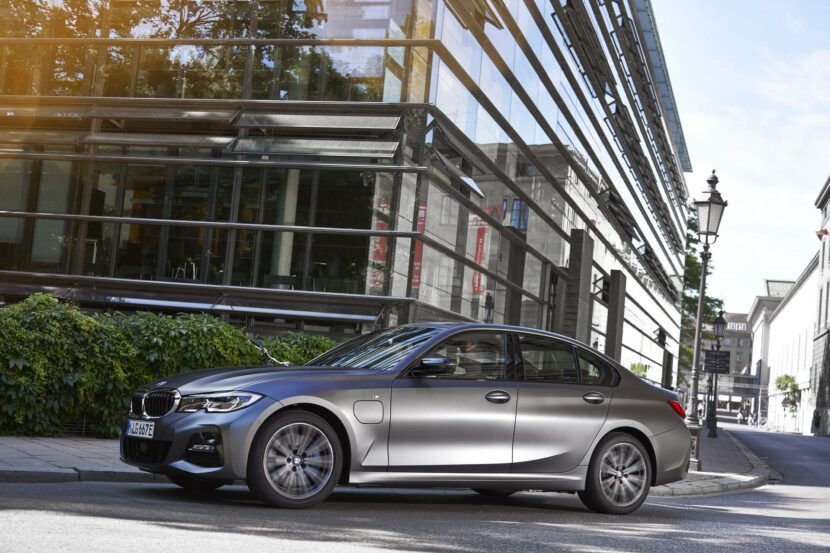 For the lesser 3 Series hybrid model, customers will get a 2.0 liter turbo-four, paired with an electric motor, that makes 150 kW and can achieve 1.5-1.6 liters per 100 km. It can also drive on EV power alone for 56-61 km. It’s also available as either a sedan or a Touring (wagon) model and with either rear or all-wheel drive. 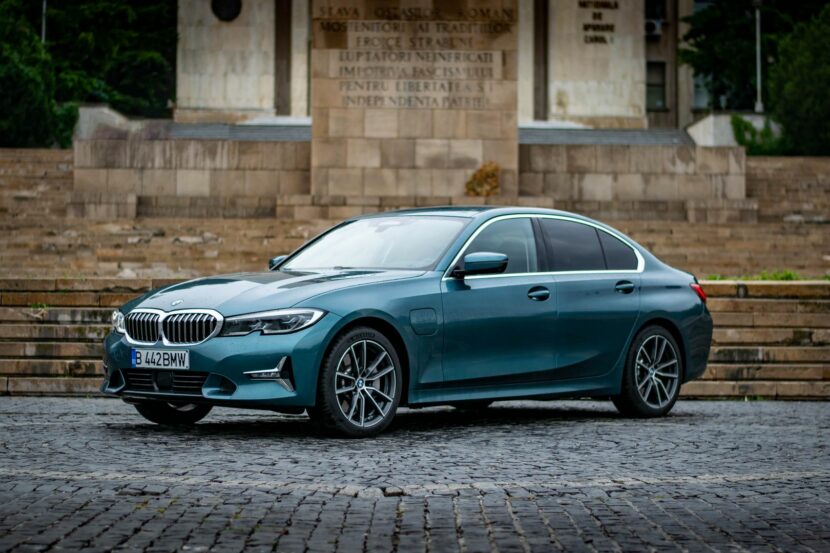 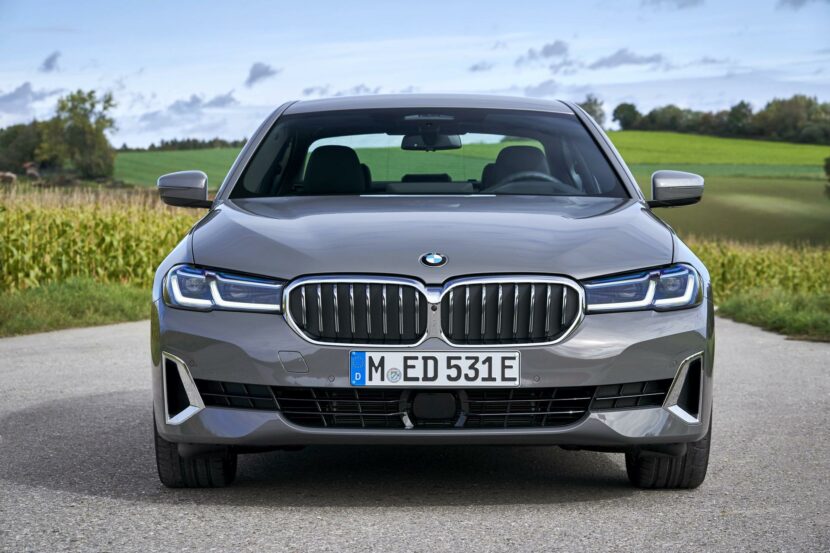 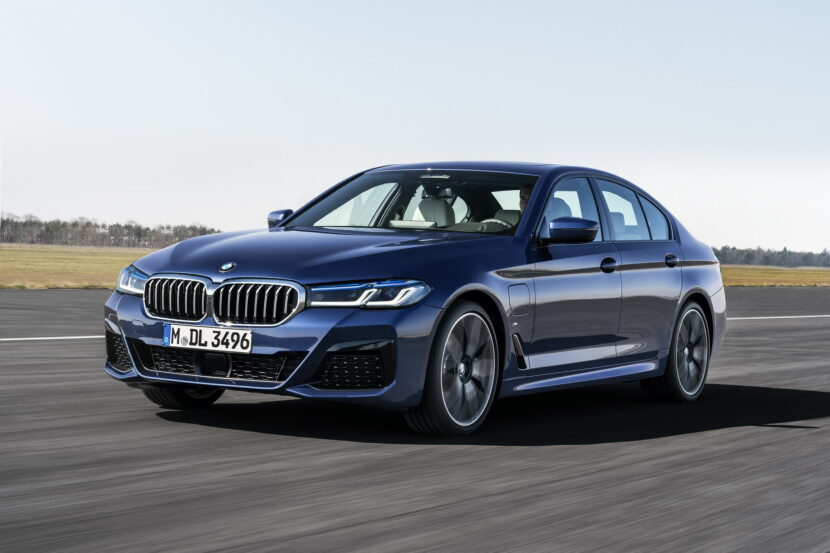 This one’s available for both North America and the European market and packs a bit more power than the 520e. It also uses a turbo-four and electric motor pairing but it’s setup has been tuned to makes 215 kW (288 horsepower US). The BMW 530e is available with either rear-wheel drive or all-wheel drive and the car’s efficiency and economy are affected by the choice. The rear-drive 530e is surprisingly rated at the same efficiency as the 520e but the xDrive model is a bit less efficient, with 2.1-2 liters per 100 km (112-117 mpg US) 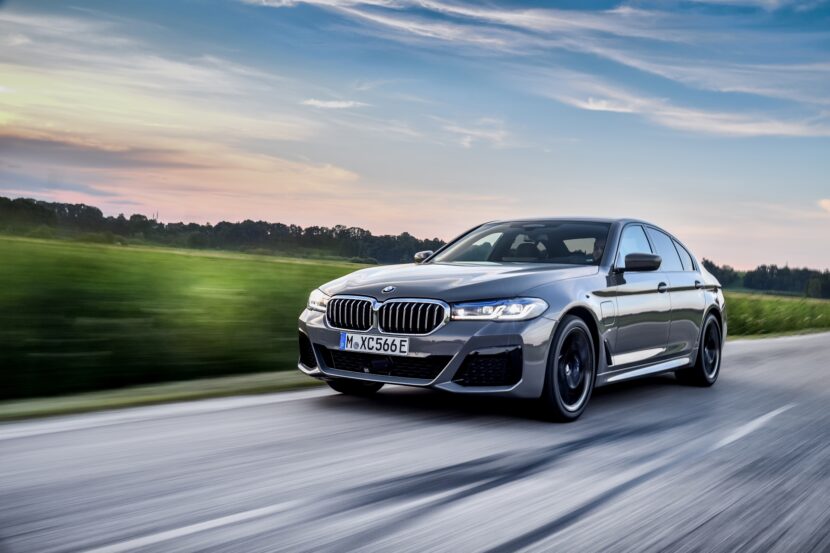 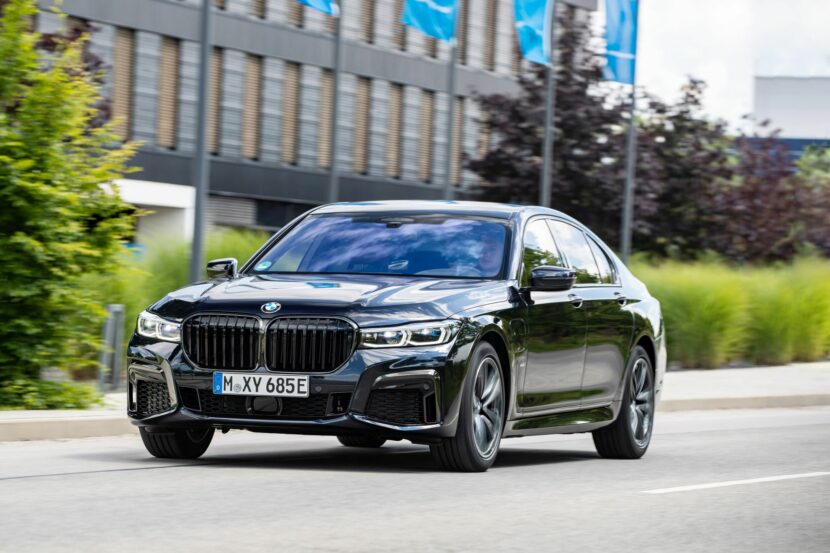 The BMW 745e is available in both Europe and North America and uses the same powertrain as the 545e, only with worse economy. It does around 1.8 liters per 100 km (122 mpg WLTP) and has around the same electric range.