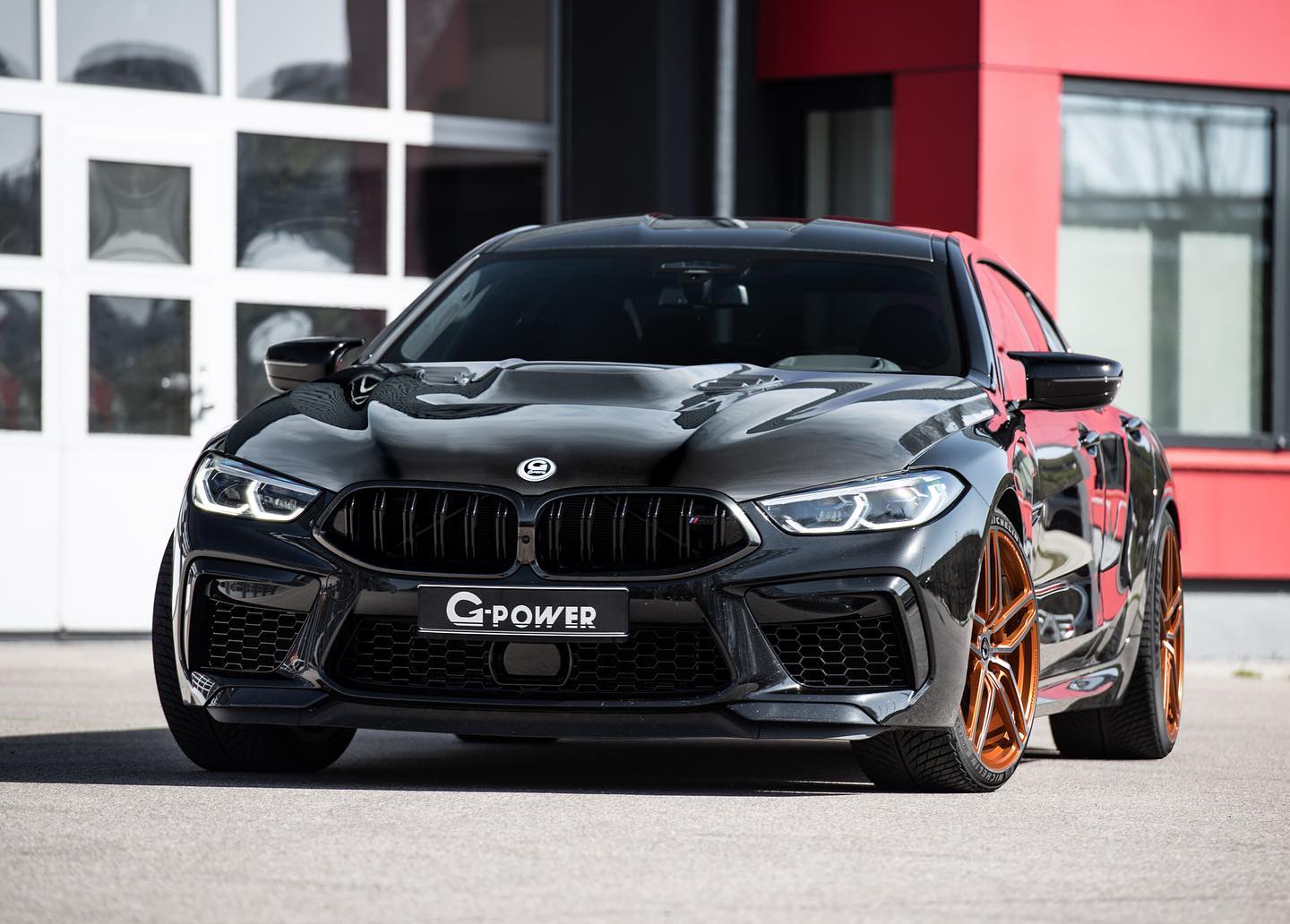 The guys from G-Power are known for their incredibly powerful builds. They have created proper monsters over the years by using forced induction on otherwise atmospheric engines. With the introduction of the turbocharged era, their projects became even easier and more powerful in the process. The BMW F9x M cars are ‘easy prey’ for them as they proved time and again. Their latest offering is an 808 HP BMW M8 Gran Coupe.

This is, as one would expect, considering the power output, a Stage 3 upgrade. That means several hardware bits were exchanged to make sure the S63 engine under the hood doesn’t blow up. The 4.4-liter twin-turbo V8 got a new ECU map, new turbochargers, a new exhaust system and a better cooling system to cope with everything. In the end, the car reached 820 PS (808 HP) and 1,000 Nm (738 lb-ft) of torque. 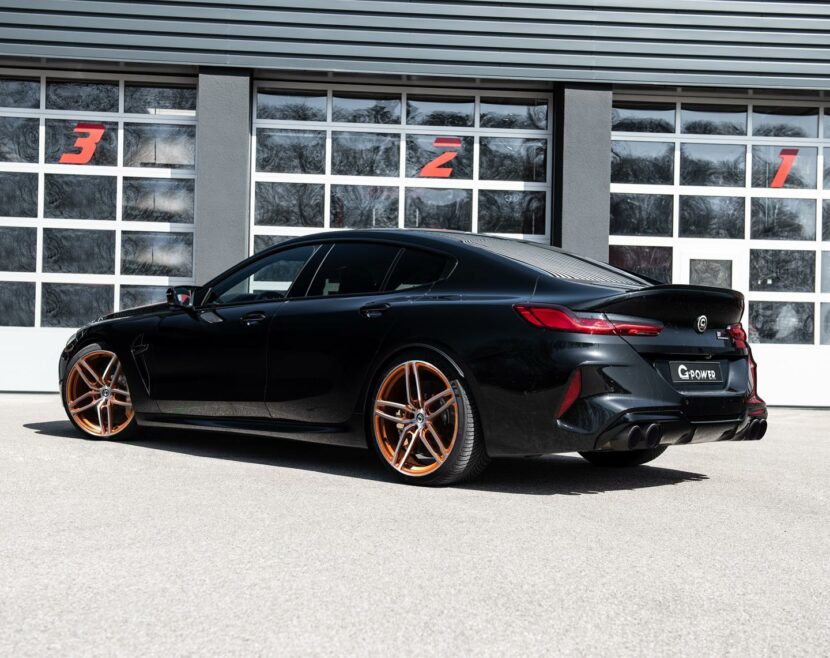 Of course, not everyone will be interested in this kind of performance, so if you want to upgrade your M8 but don’t want to go up over 800 HP, you can still get a Stage 1 or Stage 2 upgrade. The former offers you up to 710 PS and 850 Nm (627 lb-ft) of torque while the latter will up the ante to 770 PS and 930 Nm (686 lb-ft) of torque. What you should know is that only Stage 1 is done based on a software upgrade only.

For the Stage 3 upgrade at hand here you’ll have to shell out some 16,400 Euros and that doesn’t include the installation but only the parts needed. The car you see in the photos below is also fitted with G-Power’s own 21″ forged wheels, a custom carbon fiber hood and a different exhaust with a so-called GP-Deeptone feature and carbon fiber tailpipes. All those will further add to the price, taking the total over 200,000 Euros on this particular car. It may seem like a lot but you will be able to demolish supercars with this M8 Gran Coupe. 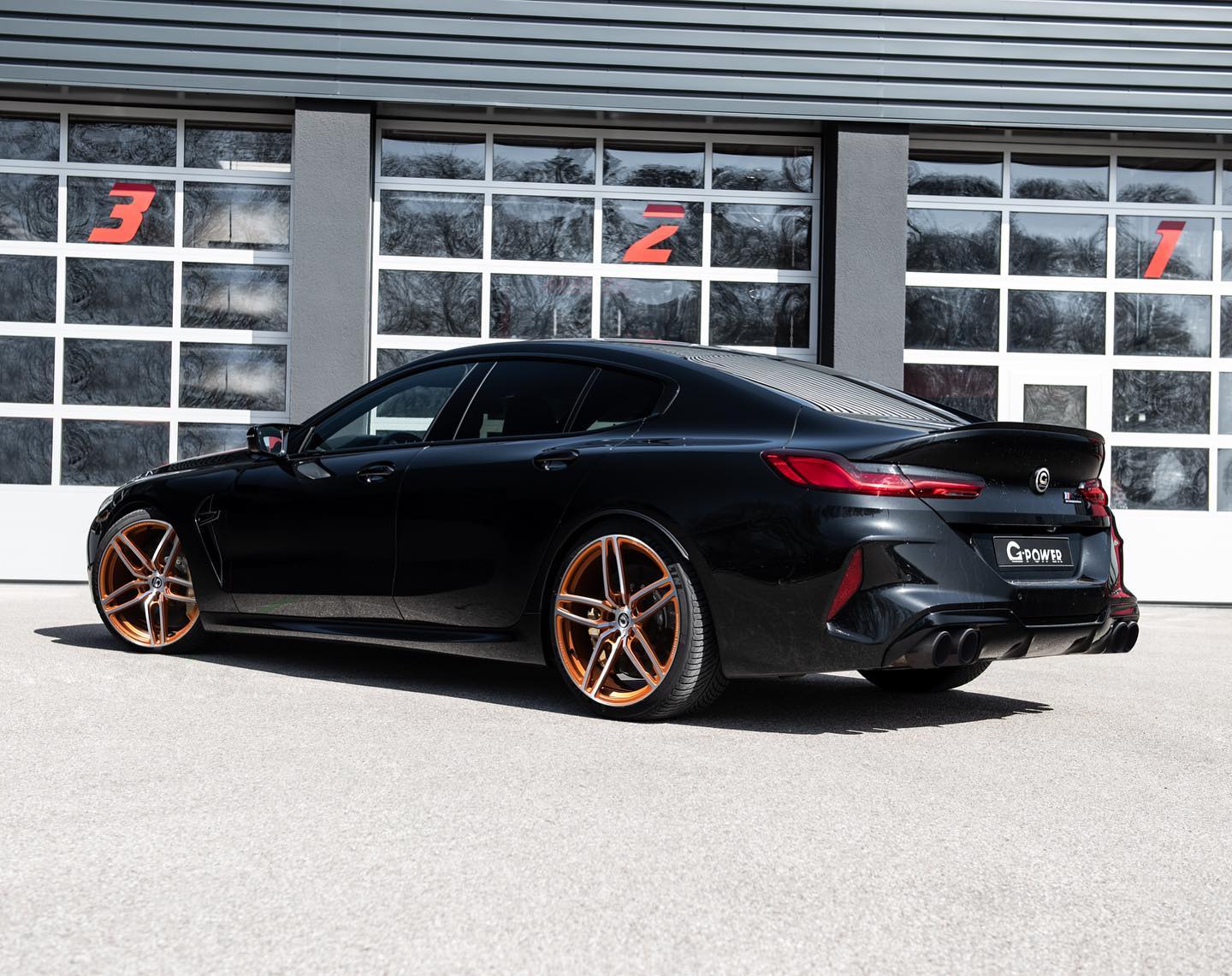 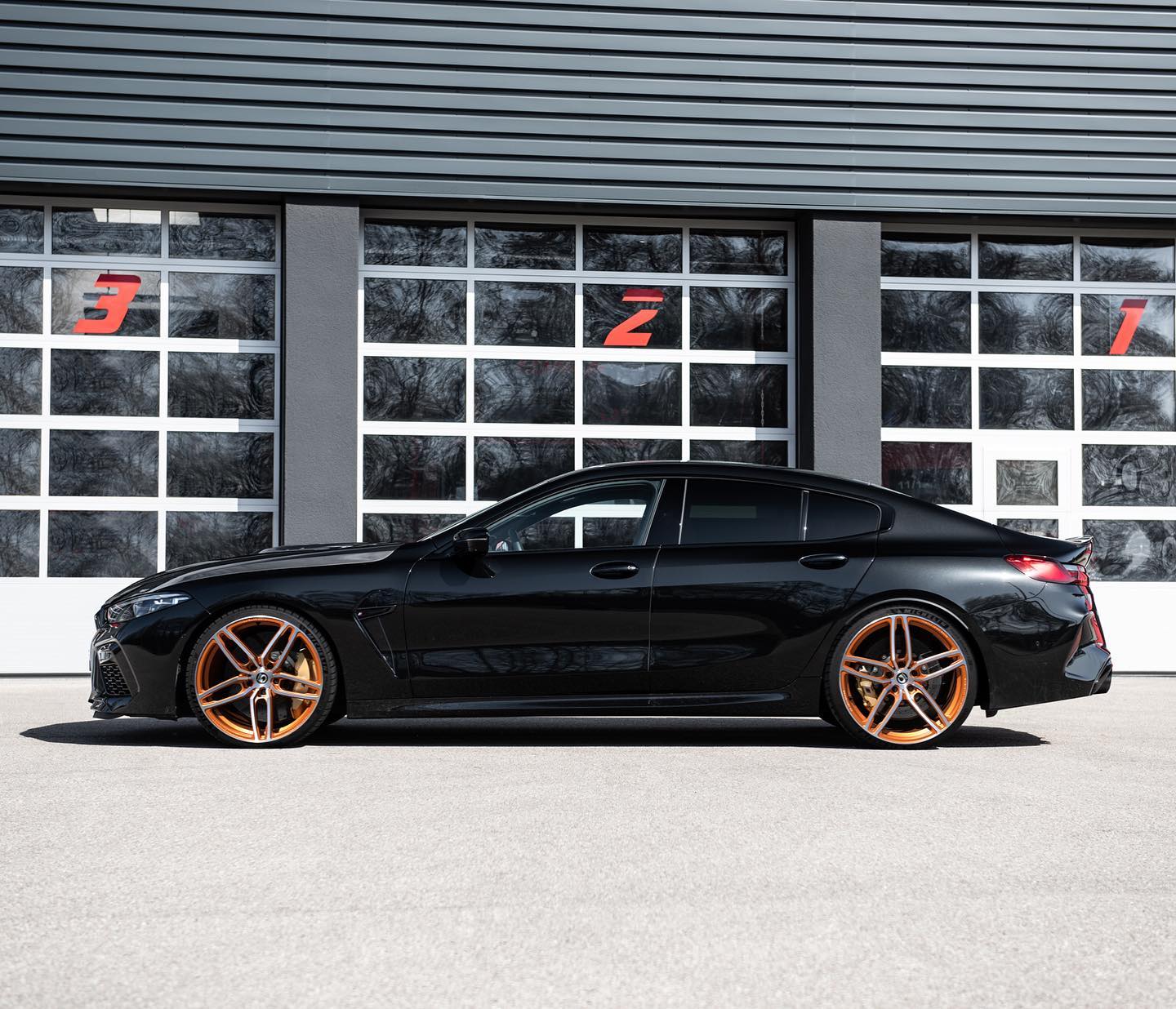