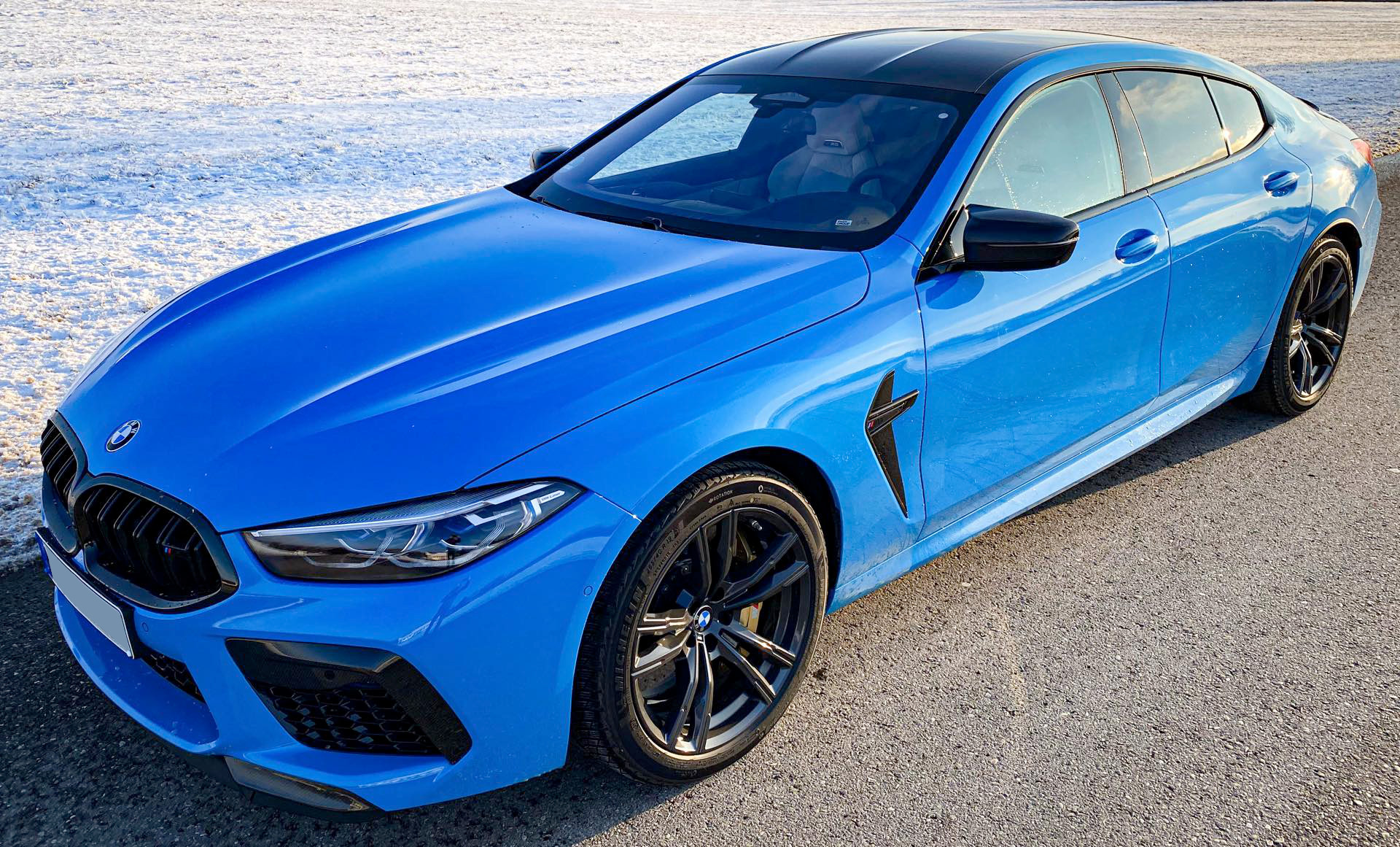 BMW factory driver Martin Tomczyk starts the year 2021 with a new BMW M8 Gran Coupe. But not your typical M8. The German driver went to the BMW Individual folks in Munich to get a special paint: Mexico Blue. The eye-catching color is one of the first we’ve seen on an M8 Gran Coupe which makes this luxury four-door coupe even more special. Going with a flashy and cool color is nothing new for Martin Martin Tomczyk. He previously had an M5 in Frozen Dark Grey. 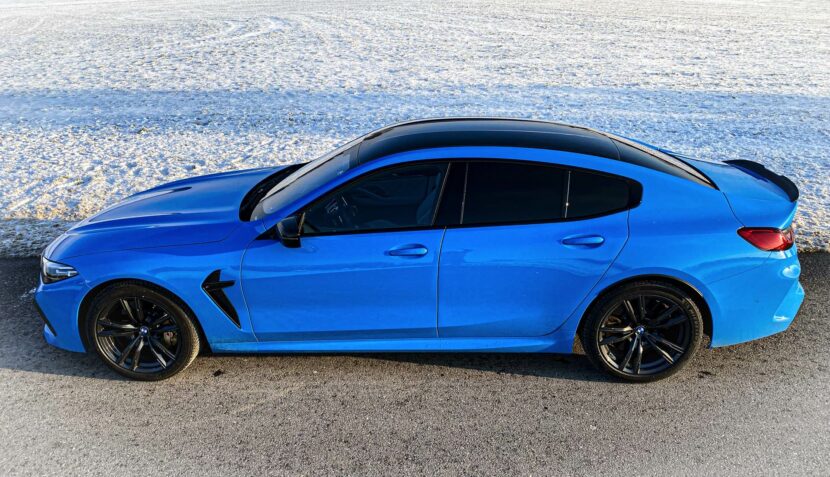 Apart from the individual paintwork, the BMW M8 Gran Coupe comes with all the standard features, sans the summer performance tires. In contrast with the U.S., winter tires are mandatory in Germany. Inside, Tomczyk picked the full-grain Merino fine-grain leather in Silverstone and Black – a combination which works wonders with the blue exterior. Being the Competition model, this M8 Gran Coupe features black accents all around and a series of carbon fiber upgrades. The standard carbon roof, the carbon spoiler lip and the carbon diffuser elements around the four tailpipes of the exhaust system are painting a beautiful picture. 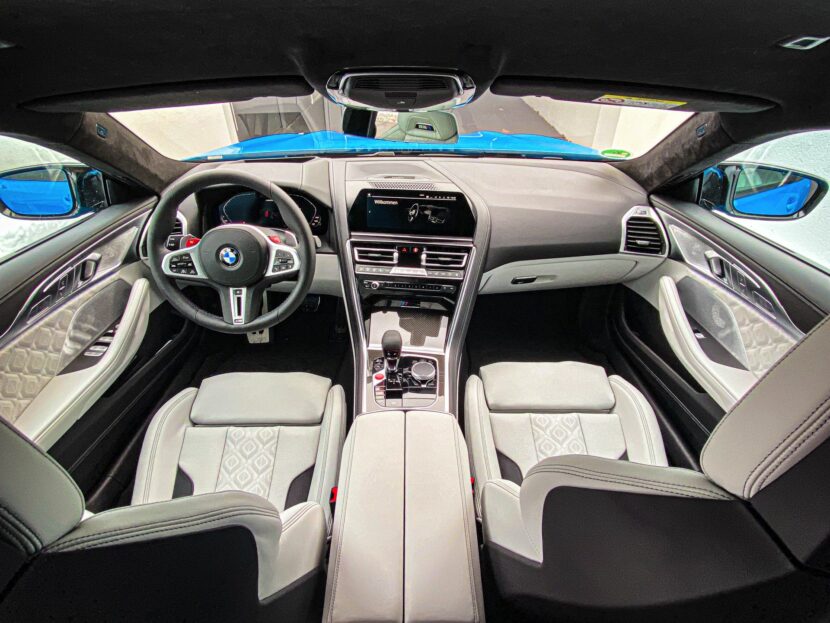 Powering the BMW M8 Gran Coupe is a familiar 4.4 liter twin-turbocharged V8 that makes 600 hp and 553 lb-ft of torque in standard guise. As with the M8 Coupe and the M5, the Competition model bumps power slightly to 617 hp and keeps torque the same. Though, the Competition model will have some additional chassis tweaks that make it worth getting.

That monster motor sends its power through an eight-speed automatic gearbox to all four wheels. Much like the BMW M8 Coupe, the M8 Gran Coupe will get an Active M Differential at the rear axle as standard, along with three different modes for the all-wheel drive system: 4WD, 4WD Sport and 2WD. Like with the M8 and M5 before it, the latter mode keeps the BMW M8 Gran Coupe in rear-wheel drive mode until the driver disengages it. It also turns DSC completely off, which might make it unwise on anything but a race track.

According to BMW, the standard — if you can call it that — M8 Gran Coupe can get from 0-60 mph in 3.1 seconds, with the Competition model shaving a tenth off that. 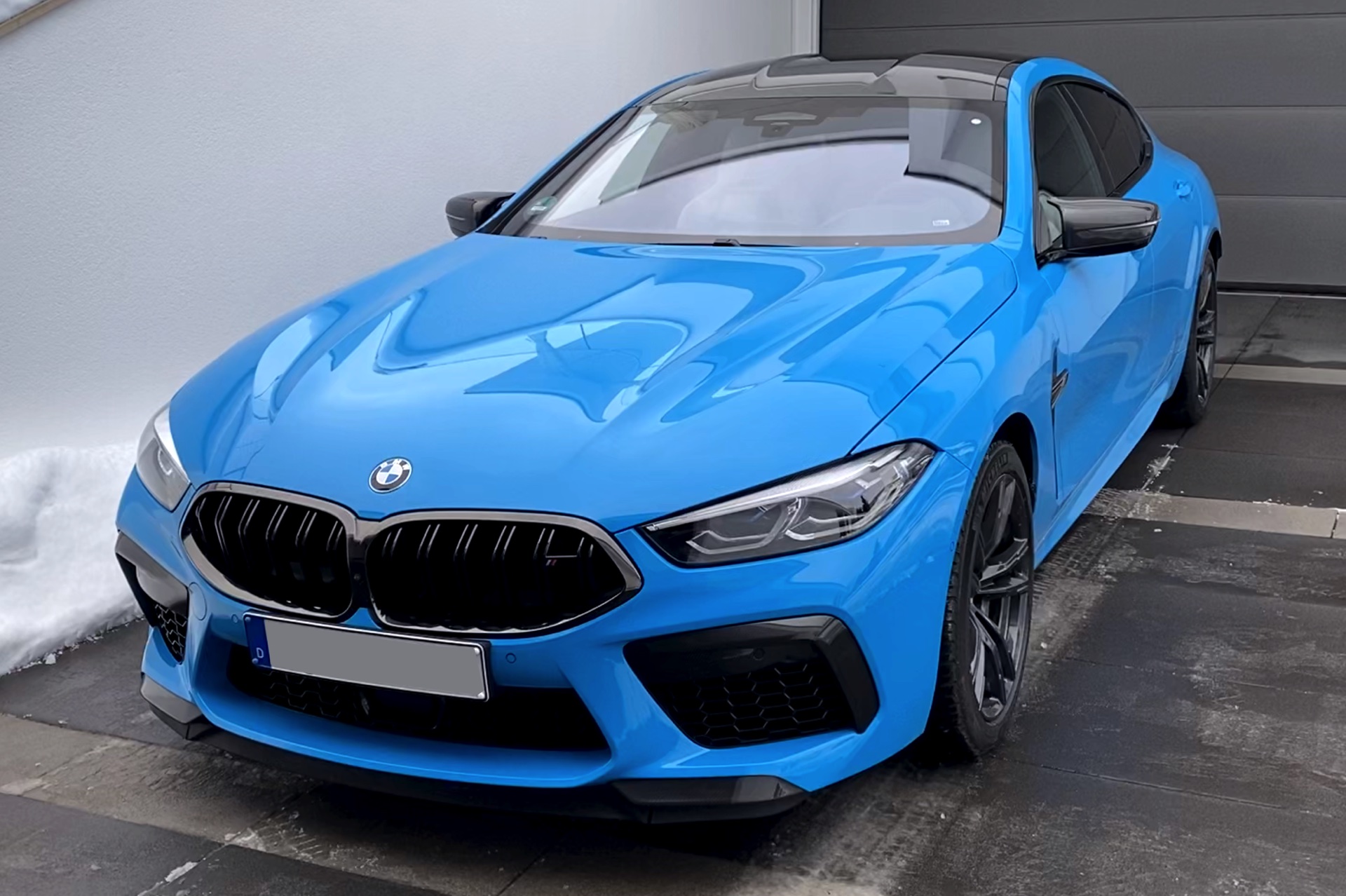 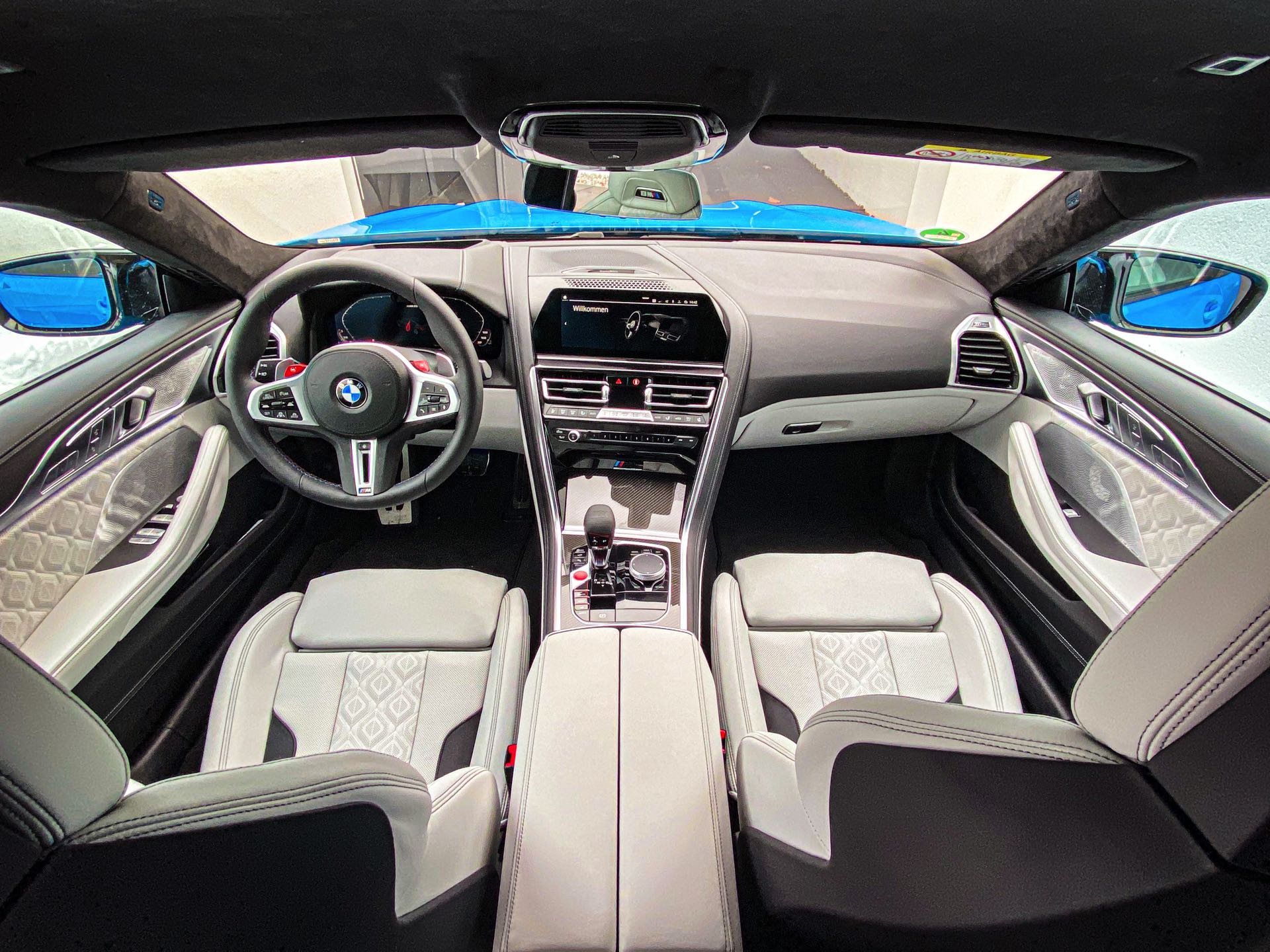 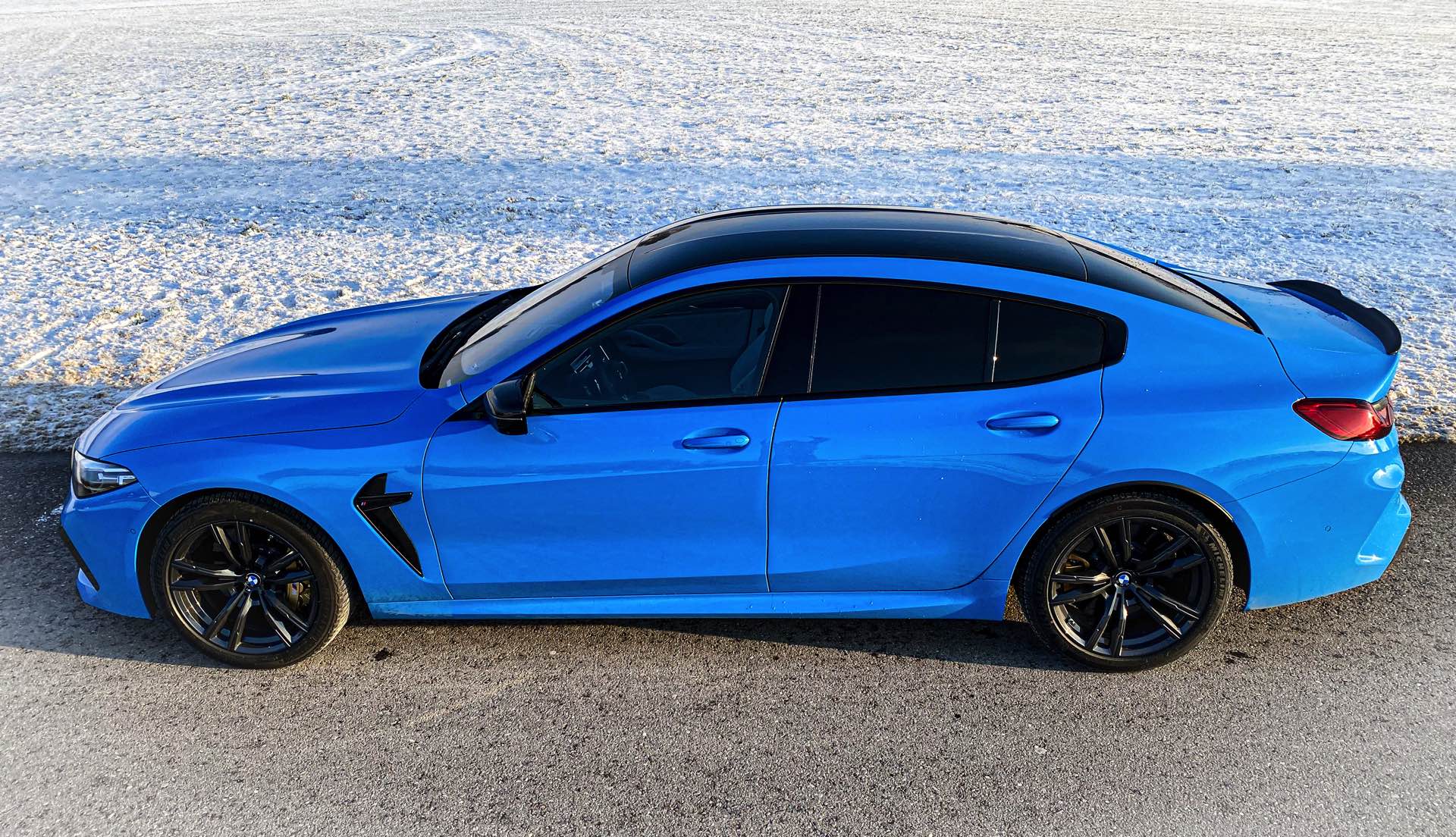