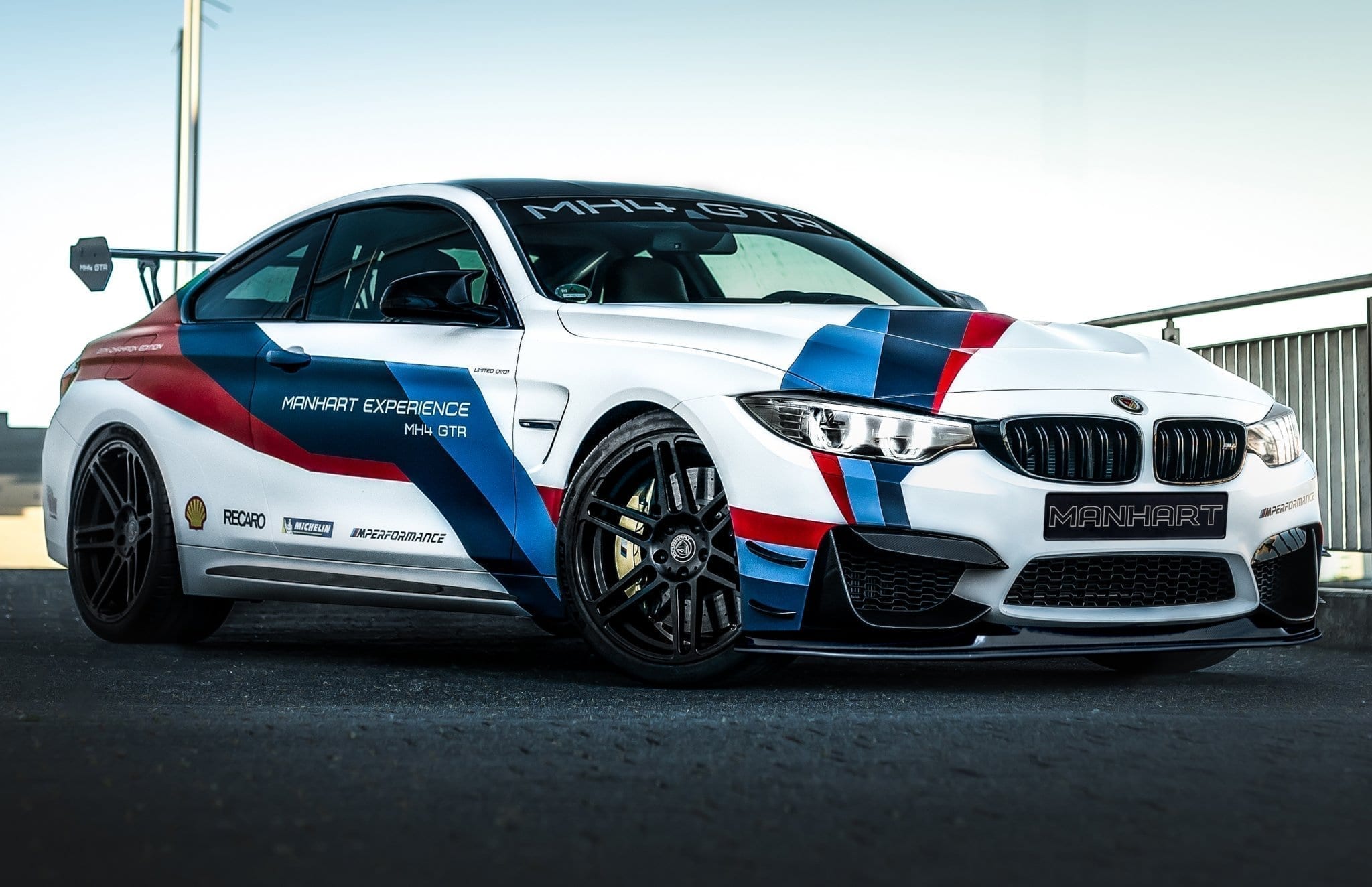 The guys from Manhart Performance are widely known for their impressive builds. They have plenty of experience in tuning BMWs and are now expanding to other brands as well but they still have a soft spot for blue and white roundels, apparently. What we have here then is a proper way to say goodbye to the F82 M4 platform. This is the Manhart MH4 GTR and it is one of the most powerful M4s we’ve ever seen.

According to the tuner, the MH4 GTR is based on the BMW M4 DTM Champion Edition, which was a limited-run model (only 200 units were built) made to celebrate BMW’s winning streak in the DTM at the hands of Marco Wittmann. The special edition came with a bit more power than the ‘regular’ model, being tuned to make 500 horsepower and 600 Nm of torque. And that’s before the guys from Manhart started tinkering with it. That was all doable thanks to water-injection technology, something we’ve seen on the M4 GTS as well. 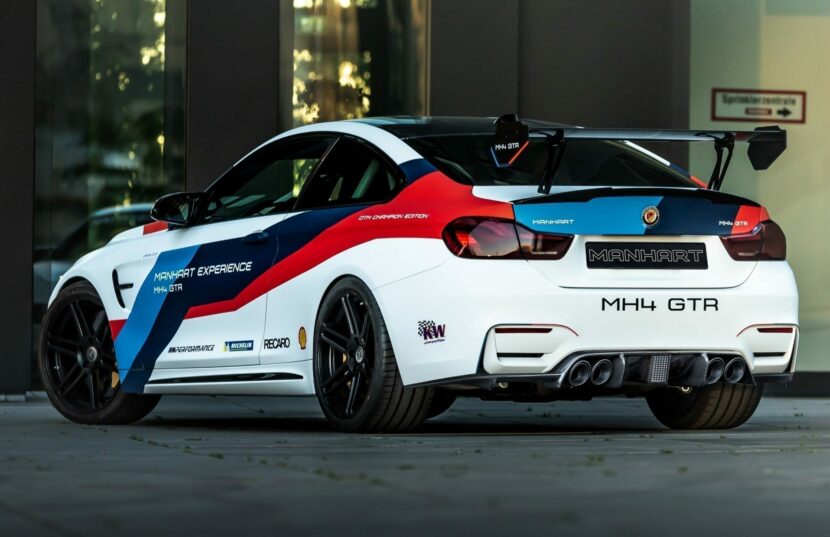 For the MH4 GTR though, things were taken to a whole new level. The car was given an ECU remapping in conjunction with a Manhart intercooler by CSF, as well as a carbon intake by ARMA, aluminum charge pipes and a stainless steel exhaust system with valve function. The latter connects to the engine via “race” downpipes. All in all, this results in an output of 698 horsepower (708 PS) and 980 Nm! In order to be able to continue to cope with its task without any problems despite this brute power, the seven-speed dual-clutch transmission has also received an upgrade.

The car also got a carbon front spoiler with additional lip, a new rear wing and a carbon diffuser. An additional spoiler lip on the boot lid and exterior mirror caps – each from the M Performance Parts range and made of carbon – have also been added. Furthermore, the M4 was given an even more striking body styling – while retaining the original color combination. The wheel arches now feature forged, in-house Manhart Concave One rims in 9×20 inch and 10.5×20 inch, covered with 255/35 and 295/30 tires. 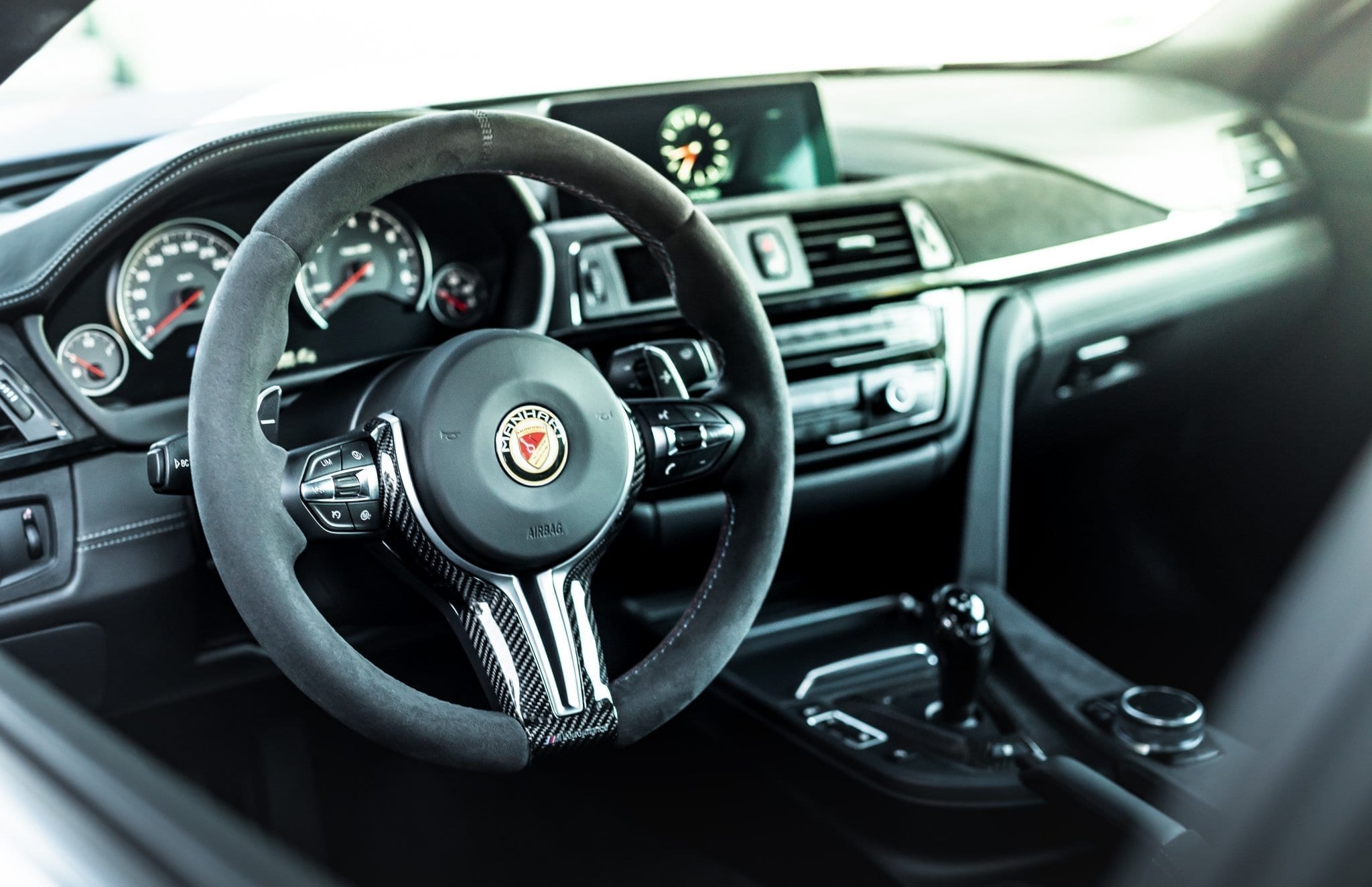 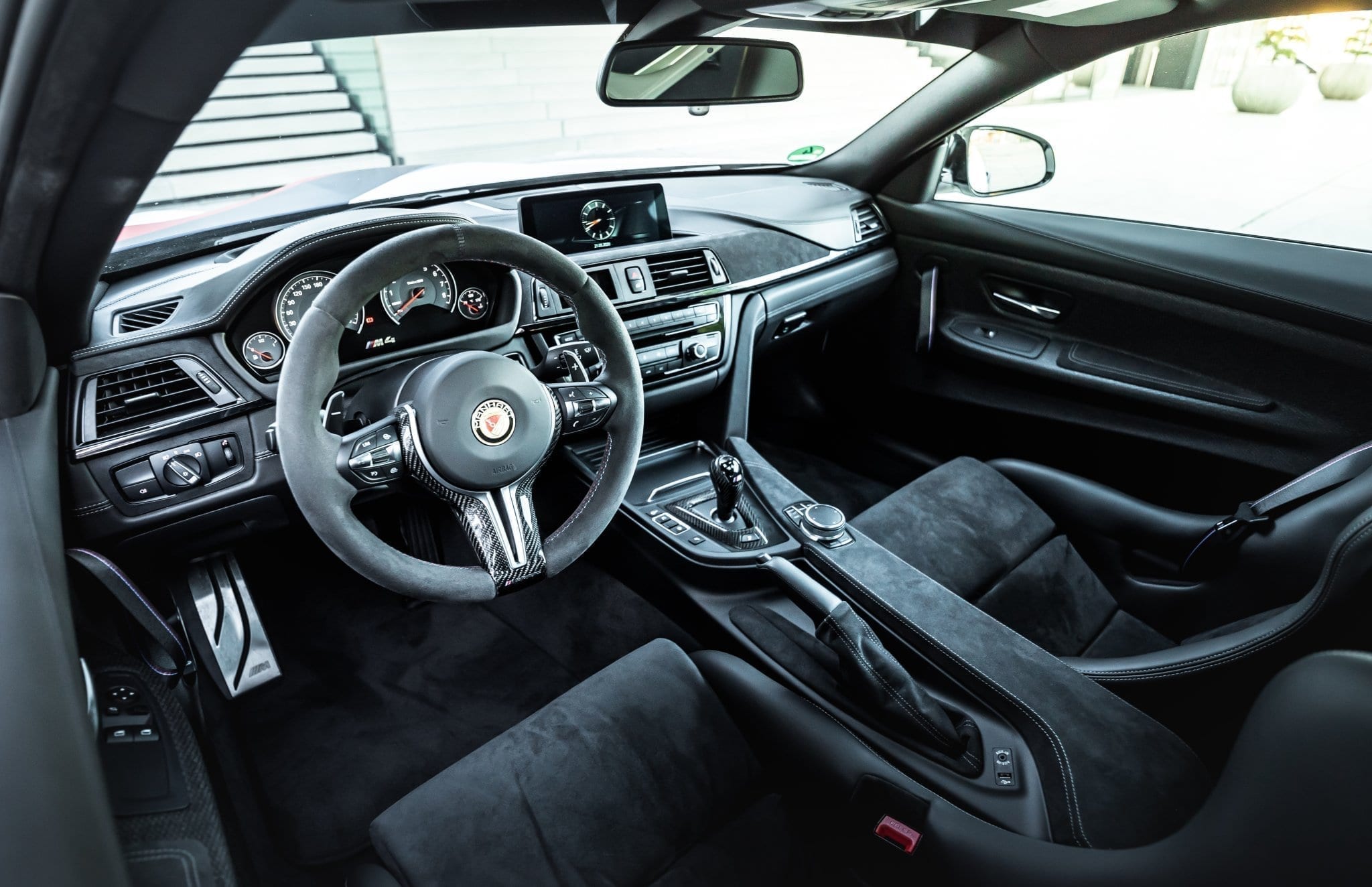 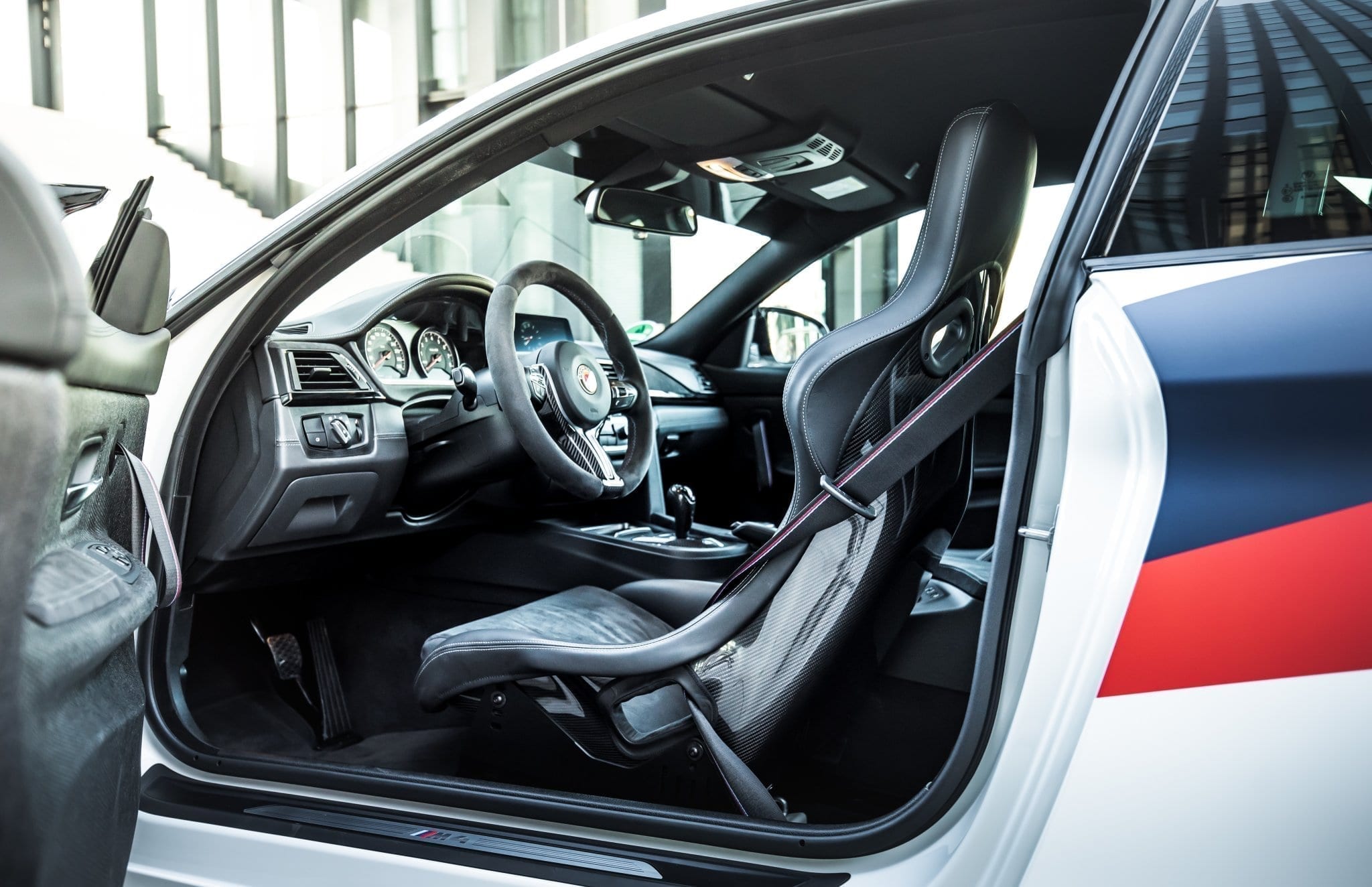 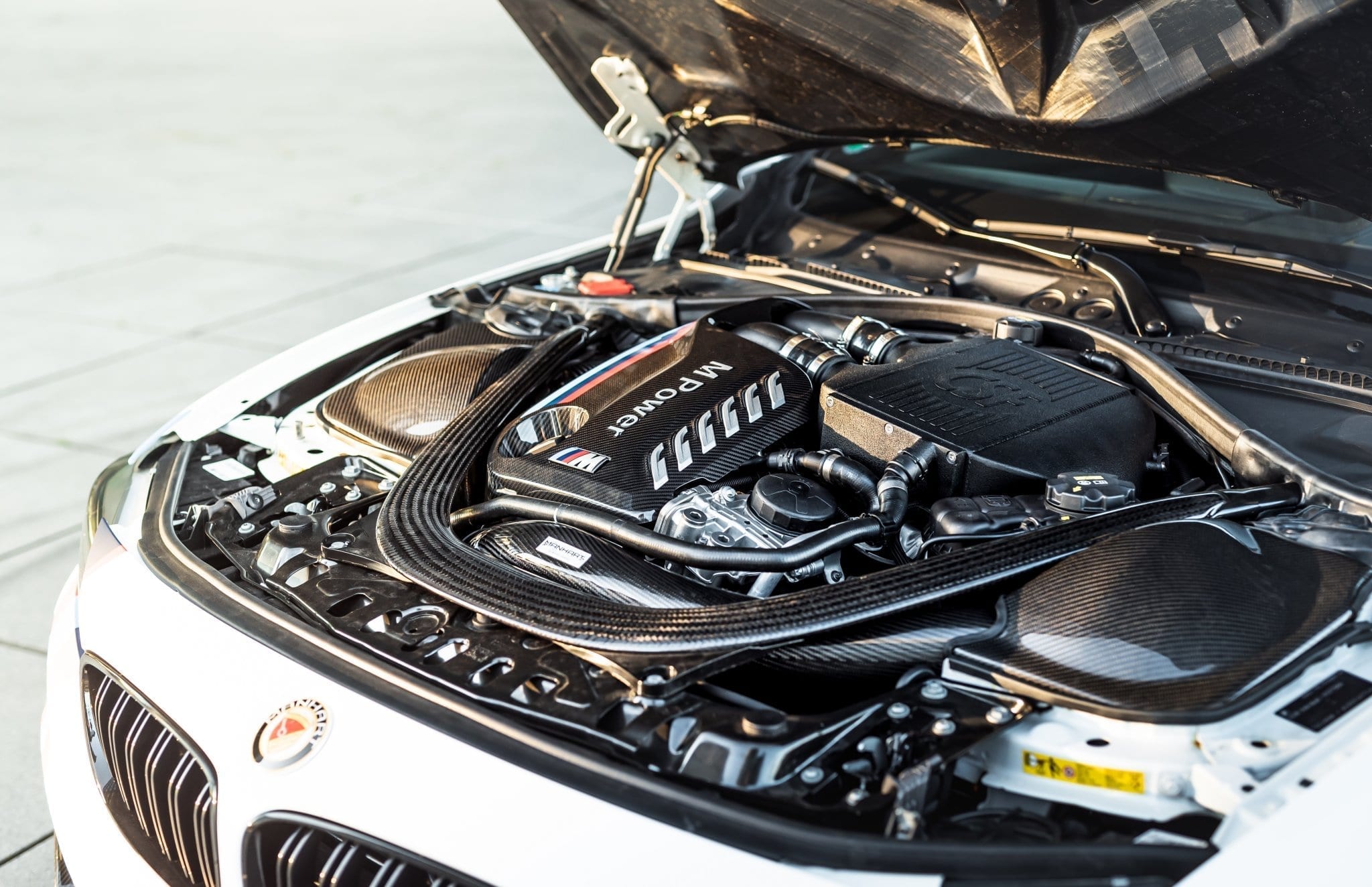 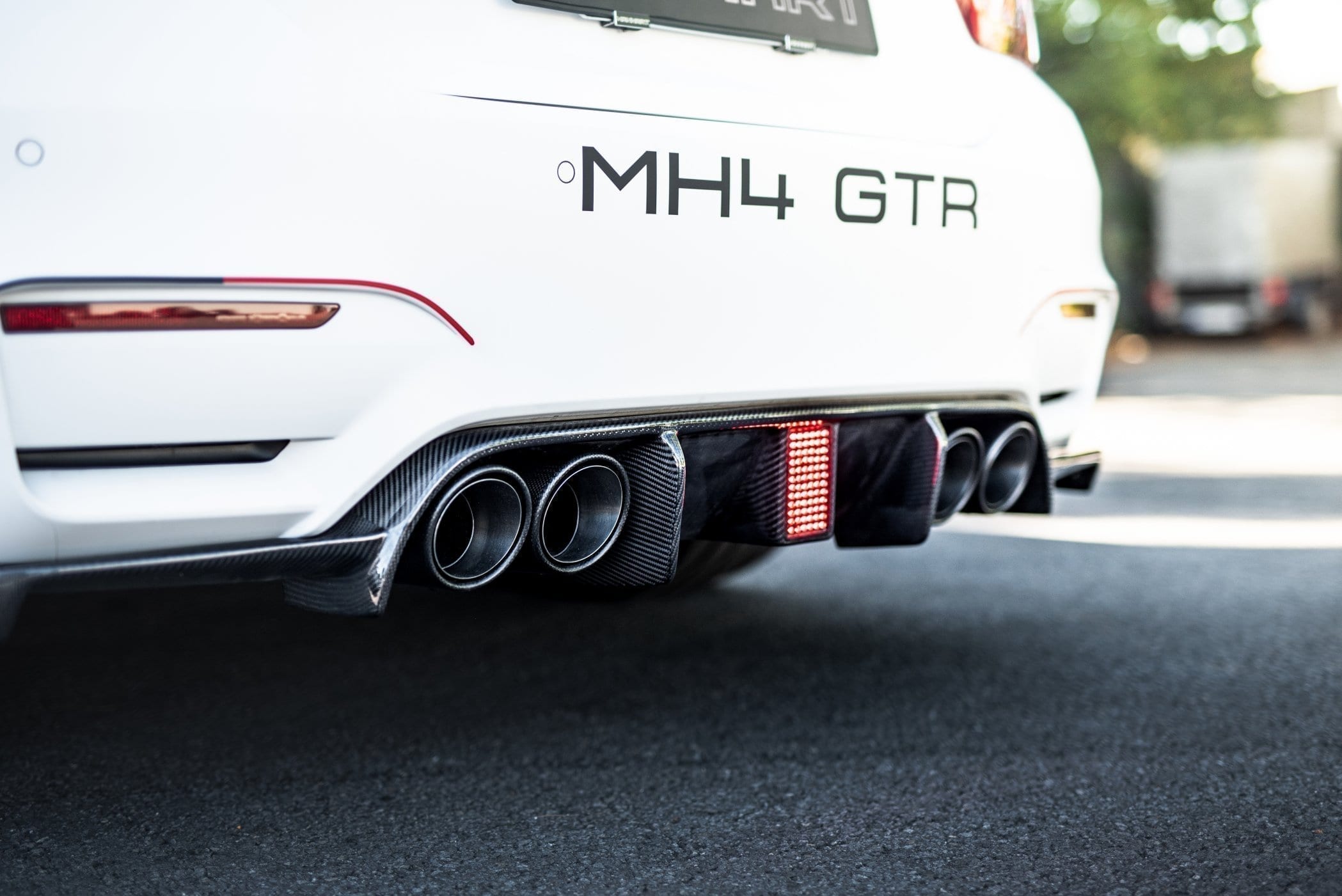 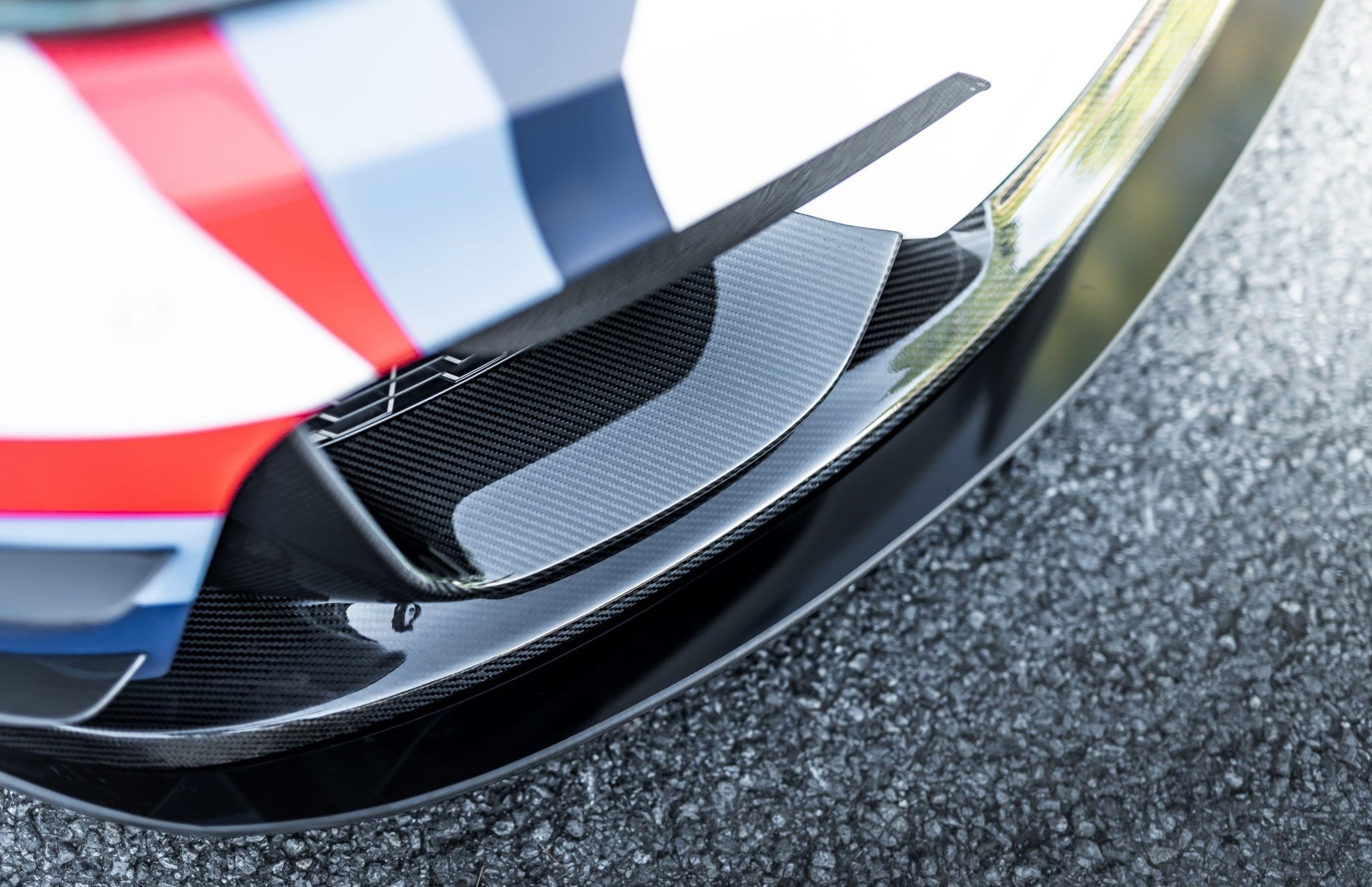 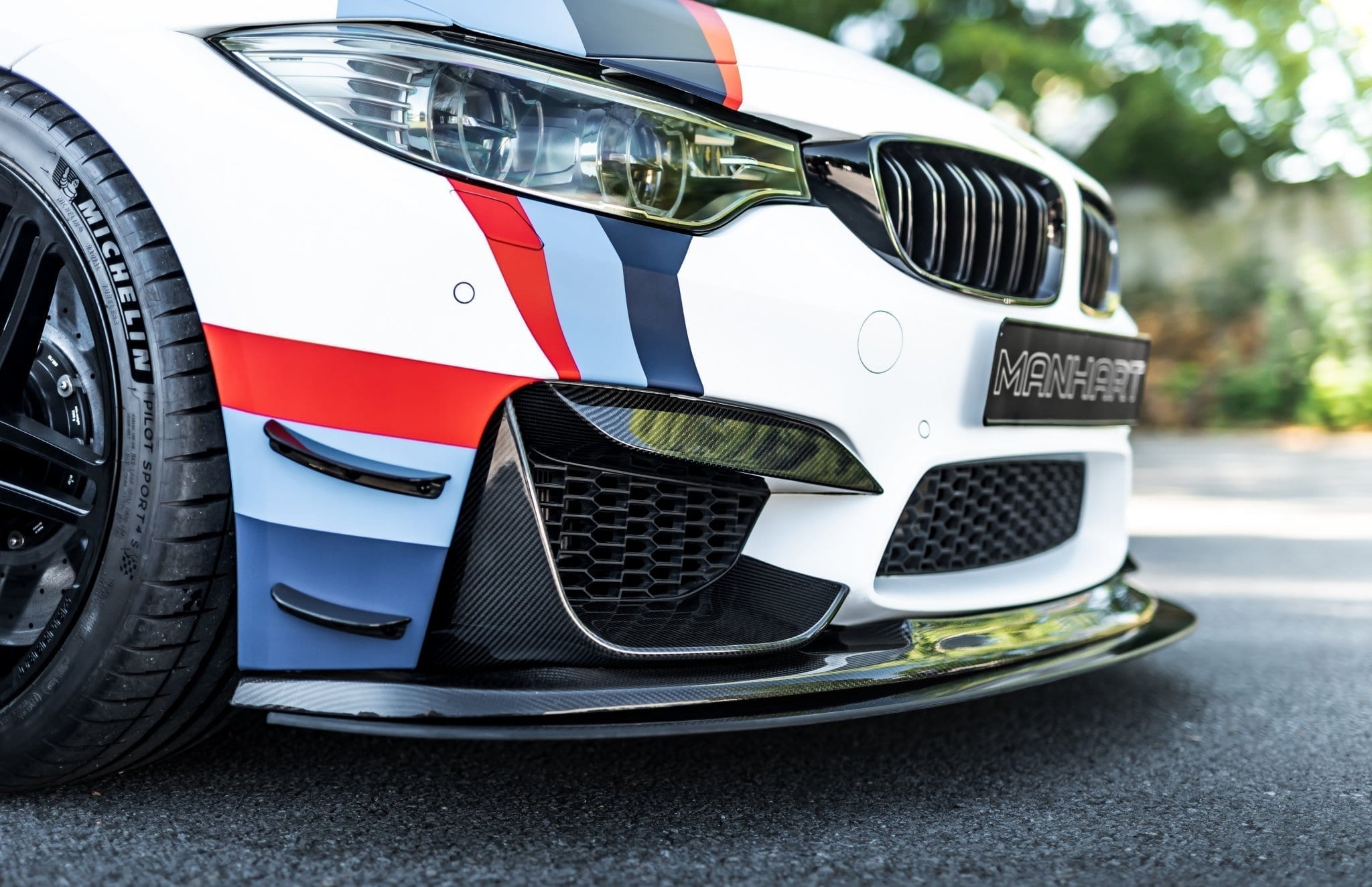 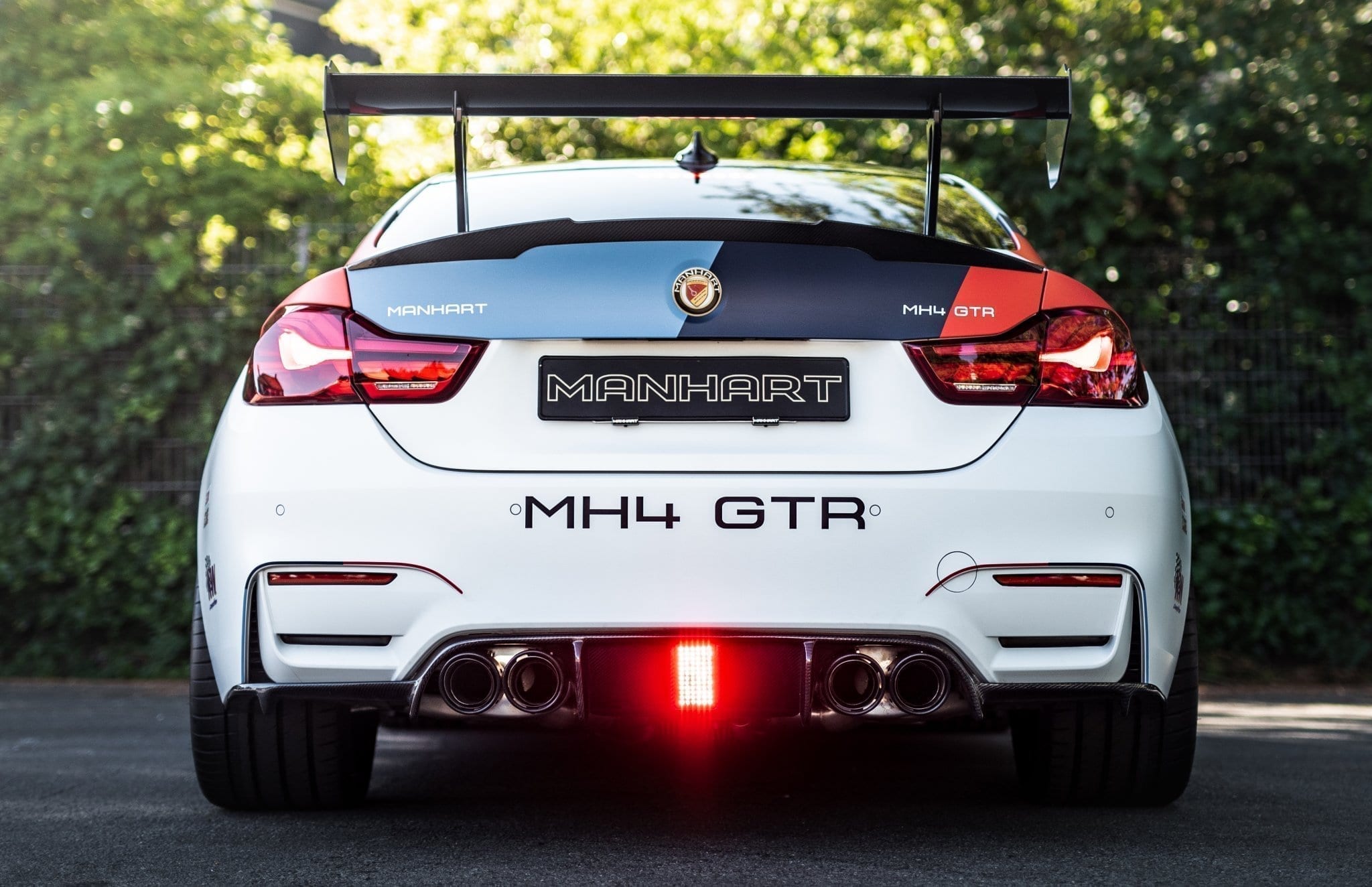 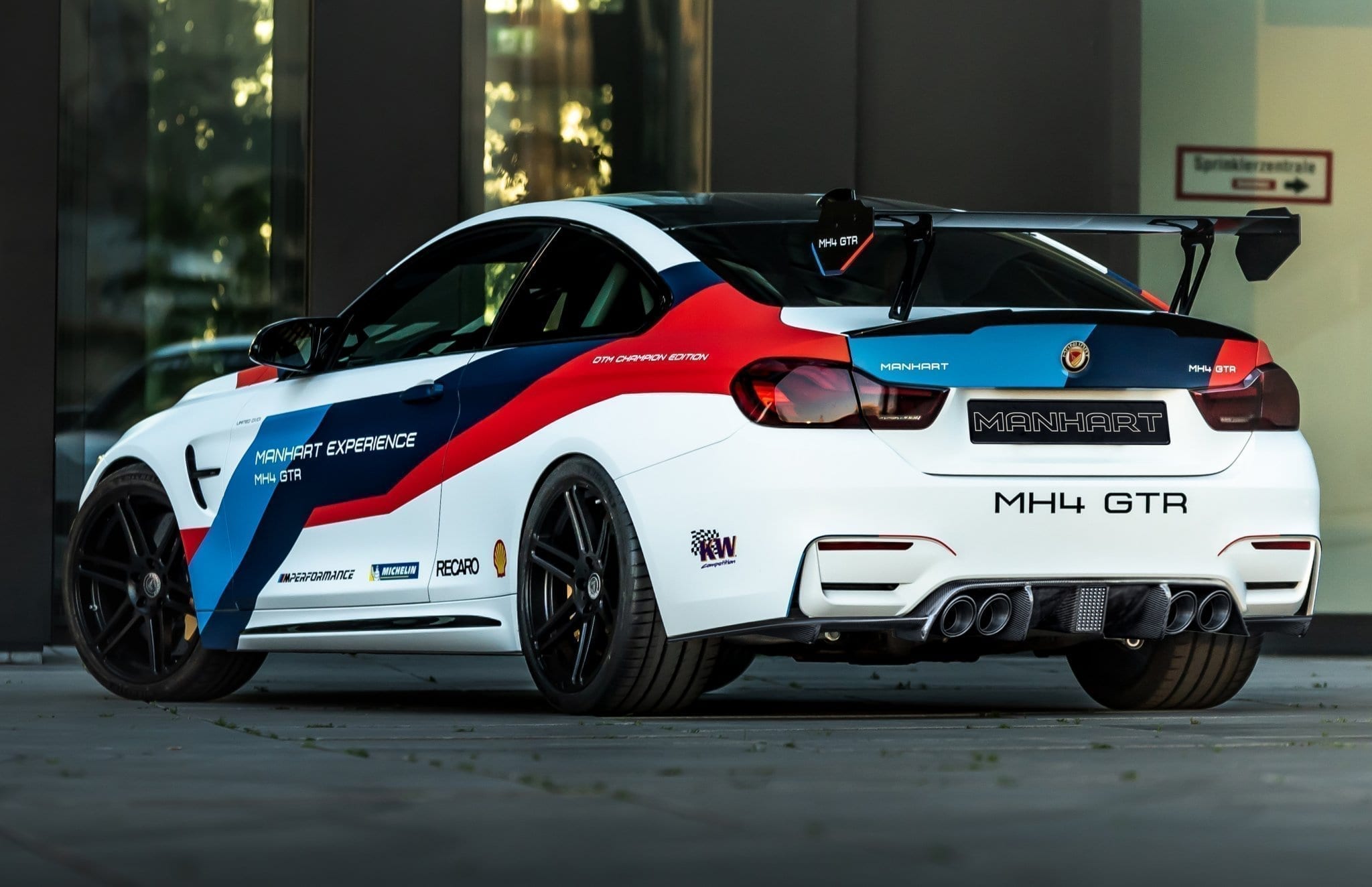