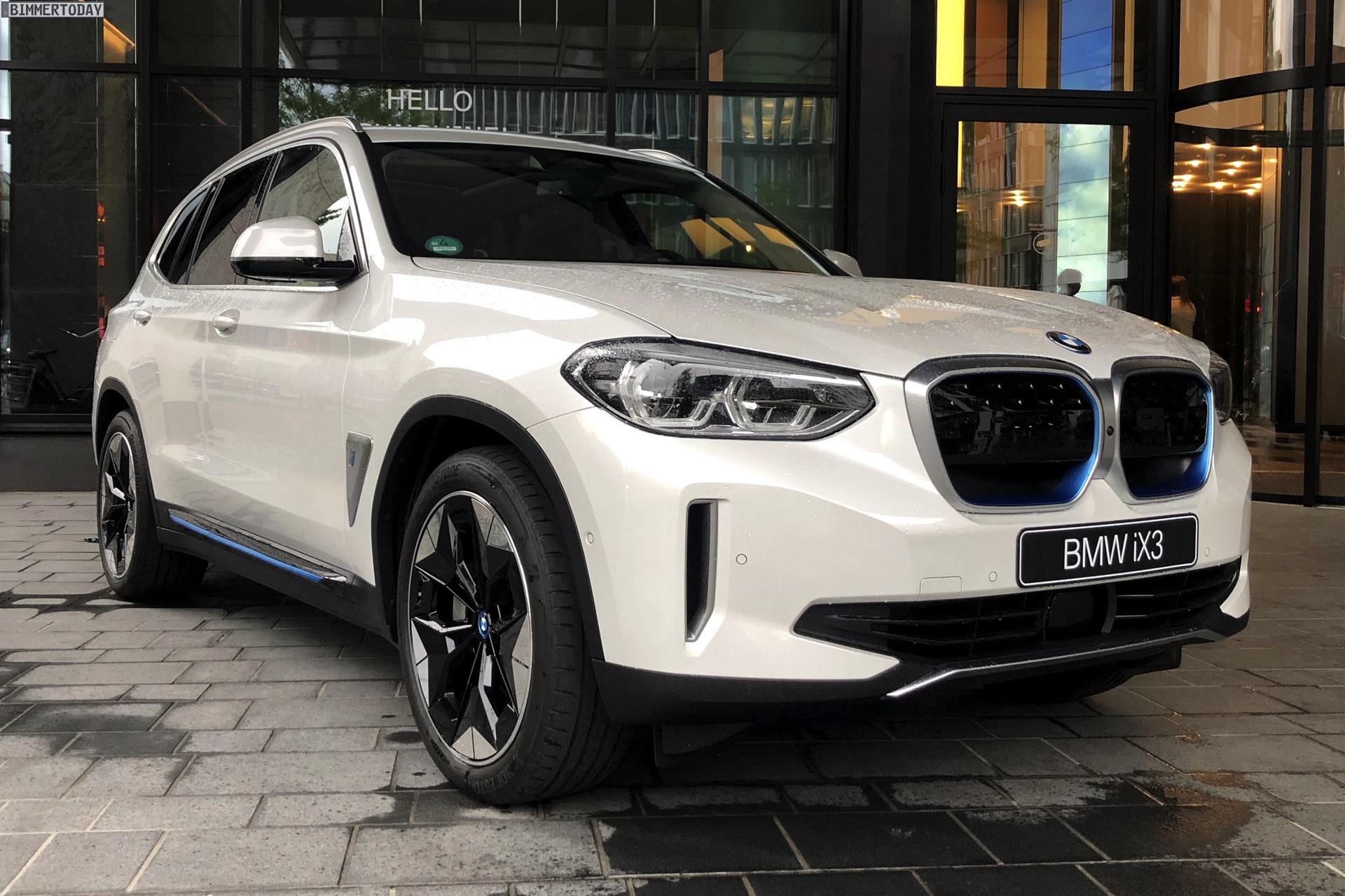 We bring you real life photos from Munich featuring the all-new BMW iX3 electric SUV. BMW is hosting an Electric Days workshop, so naturally, their latest electrified vehicles are on site. Over the next few days we will have the chance to drive cars like the BMW 545e, 745e, 330e Touring or X3 30e. But unfortunately, the all-electric iX3 test drives are scheduled for later in the year.

The photo gallery below gives us a better look at the exterior and interior design of the iX3. BMW’s iX3 is the first model from Munich to use the flexible architecture that can underpin combustion engine, plug-in hybrid and battery-powered cars. The same flexible platform will be used by the i4 electric in 2021. 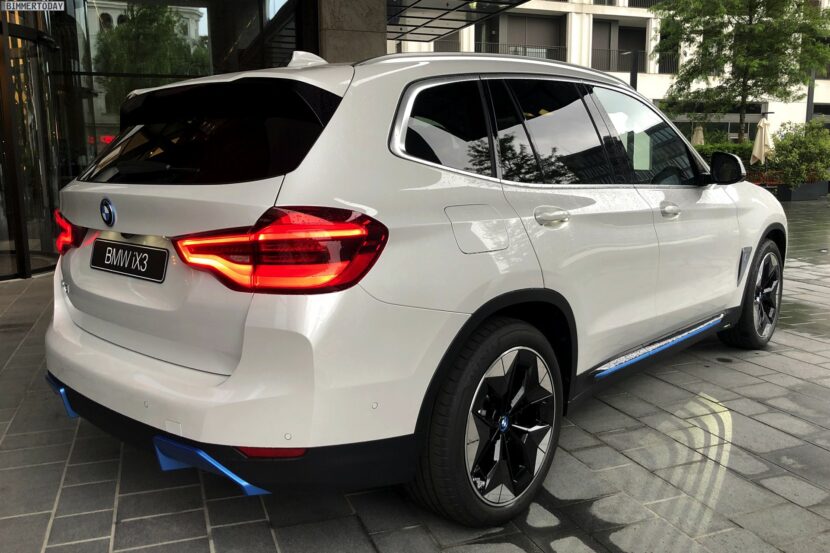 Powering the BMW iX3 will be a lone electric motor at the rear axle, with a 74 kWh battery pack in its floor and around 270-ish miles of range. Those are some nice enough specs for a little electric crossover and best both the Mercedes-Benz EQC and Audi e-tron.

The high-voltage battery unit is based on the latest evolution in NMC-811 technology. Compared to former technology used by BMW Group, the gravimetric energy density on cell level in the BMW iX3 is around 20 percent higher. The battery includes high-density cells that are 80 percent nickel and 10 percent each for cobalt and manganese. The battery pack in the BMW iX3 is installed in an extremely flat position in the vehicle floor. 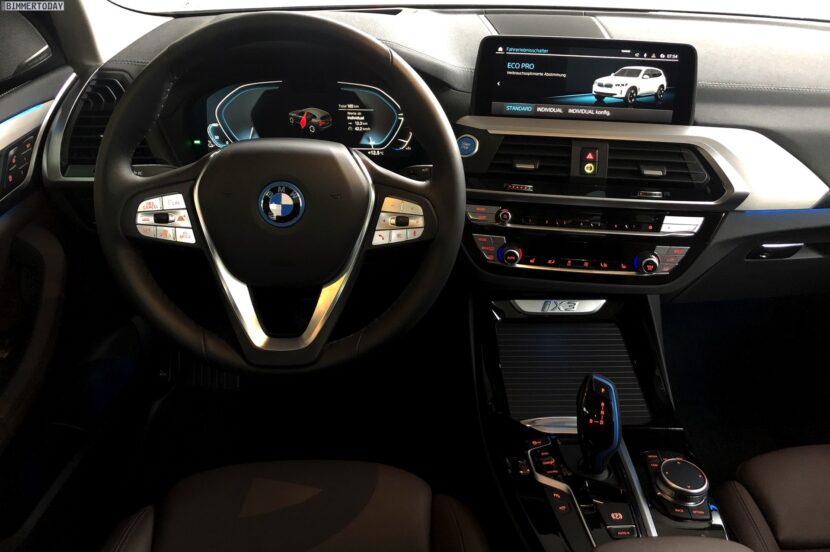 Like with all BMW i products, the interior design contains blue accents as a reference to the pure-electric drive system. These can be found on both the Start/Stop button and the gear selector lever.

Other model-specific cues include the model lettering on the center console, door sill plates bearing the BMW i logo, the screens in the cockpit and Control Display. There is also a standard-fitted ambient lighting which provides blue illumination in its default setting. The trims and materials are also refined for the BMW iX3, maintaining that balance between premium design and sportiness.

Individualization options include a choice of five interior trim strips, three of which feature fine wood. The standard seats are offered in two trim colors, while the optional sport seats come in four shades. The exterior of the new BMW iX3 can be ordered exclusively with metallic paint finishes.

Small Touches On The Outside As Well 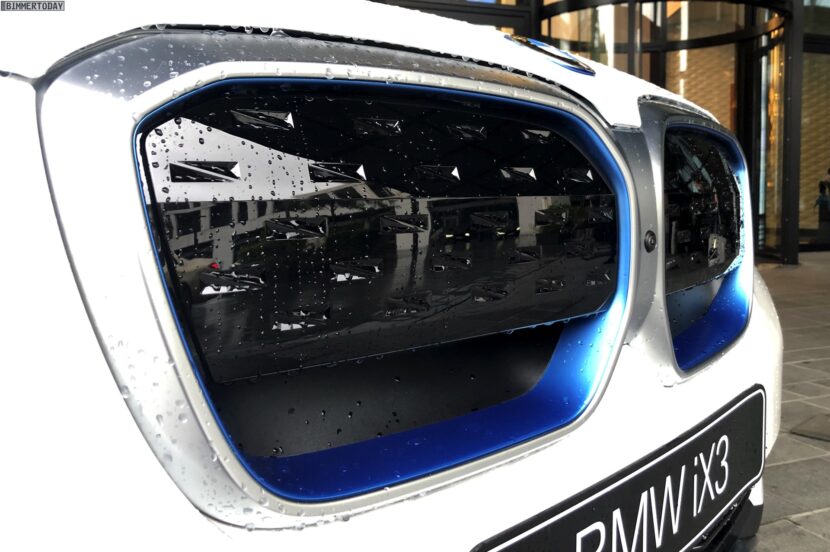 The new BMW iX3 sports a powerful and robust aura, boasting specific BMW i design accents and details. The new kidney grille features the traditional separated units with a filled mesh pattern true to the BMW i brand identity.

As well, the front and rear bumpers are further redesigned to minimize air drag. The new Aerodynamic Wheels are also another standard feature that debuts on the new BMW iX3, further optimizing aerodynamics by reducing the drag up to 5%. 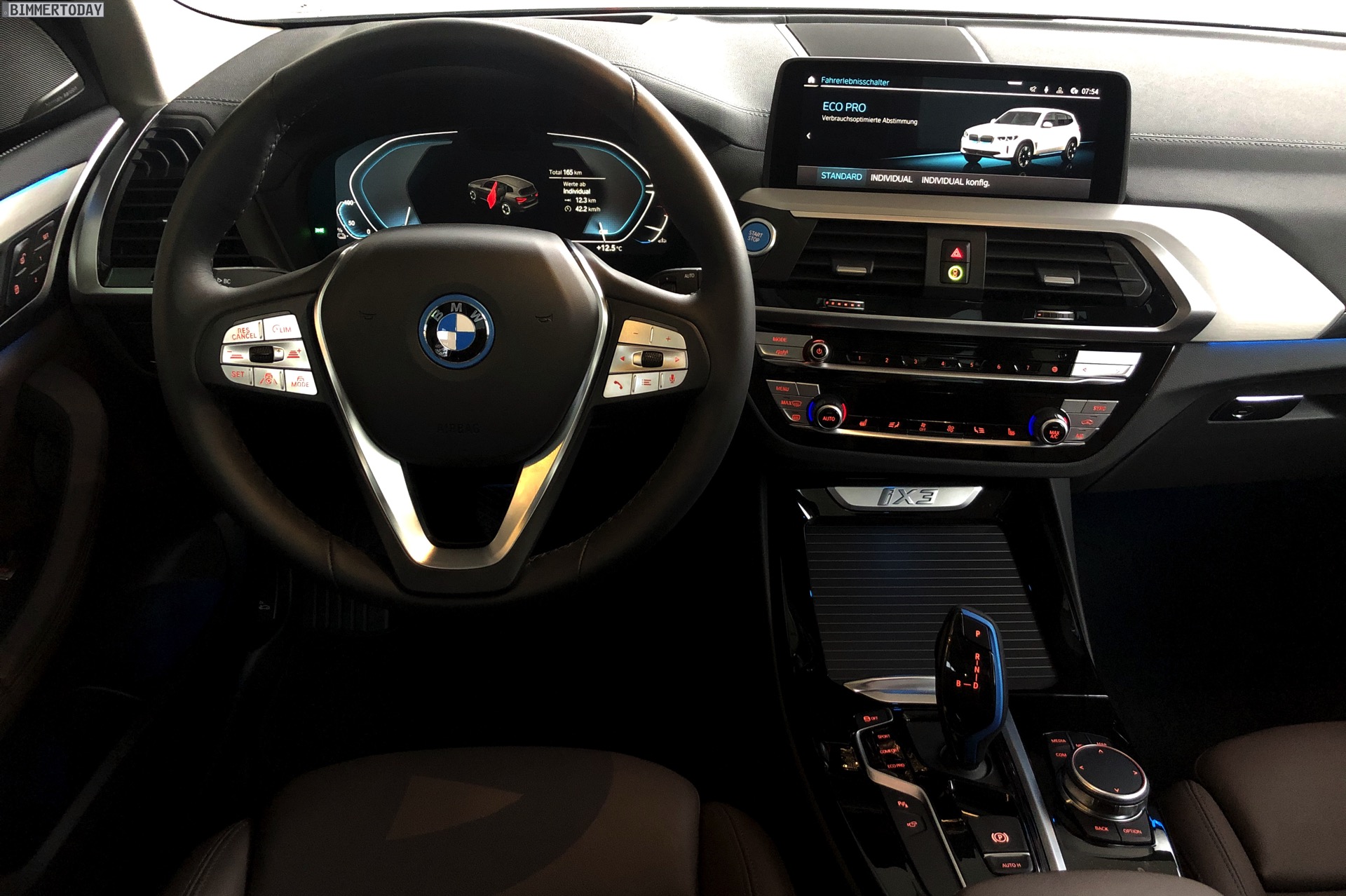 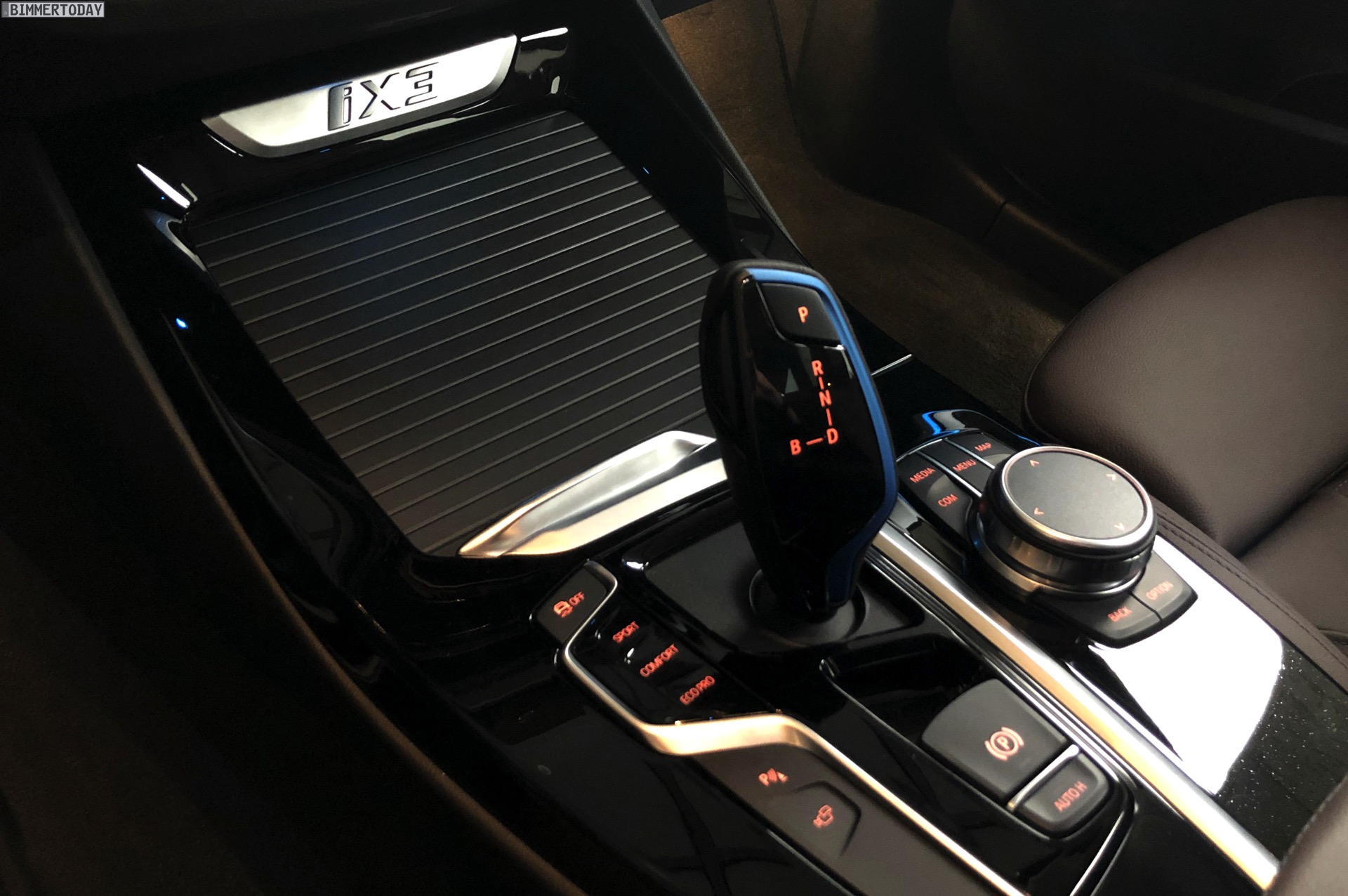 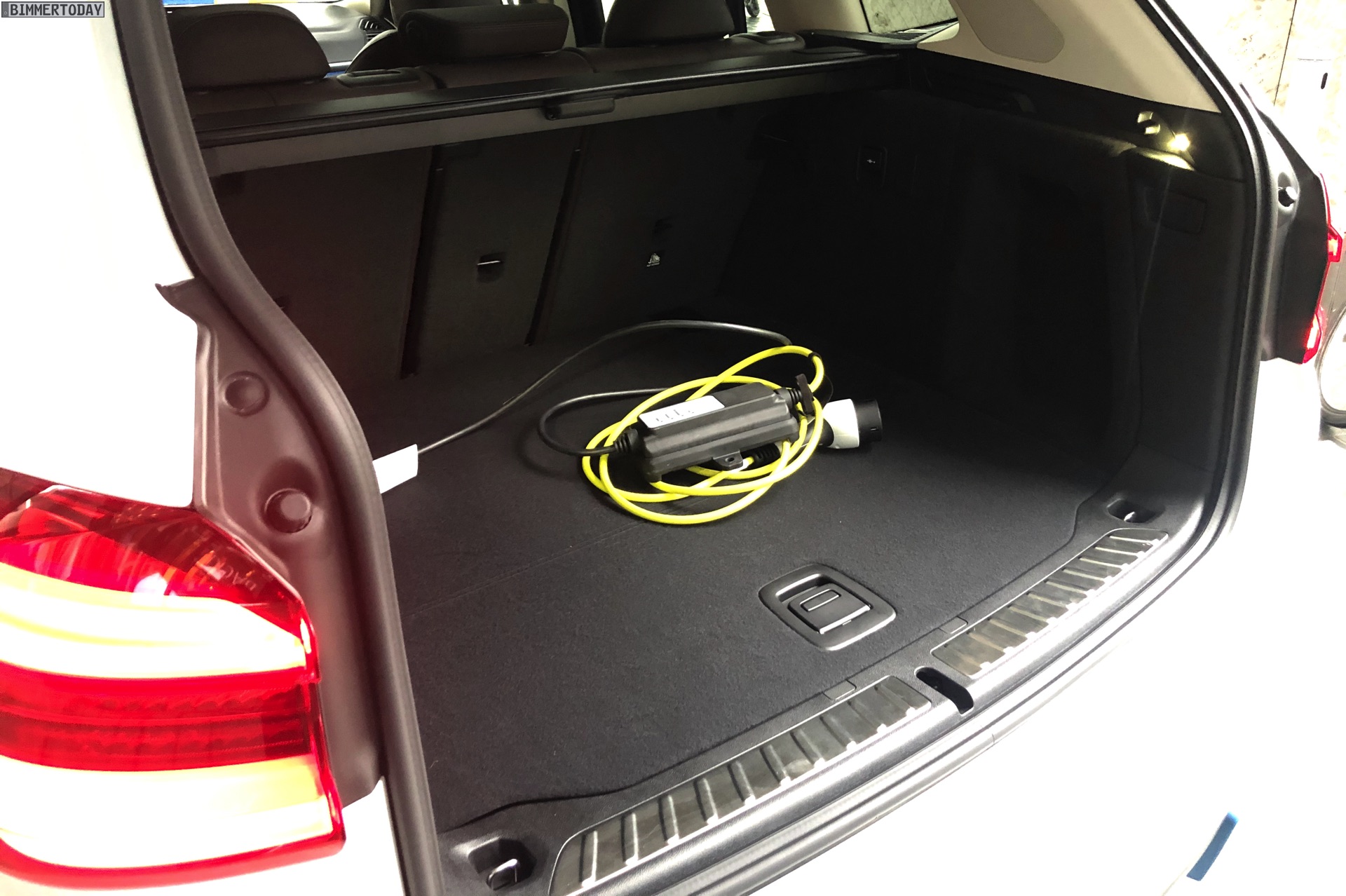 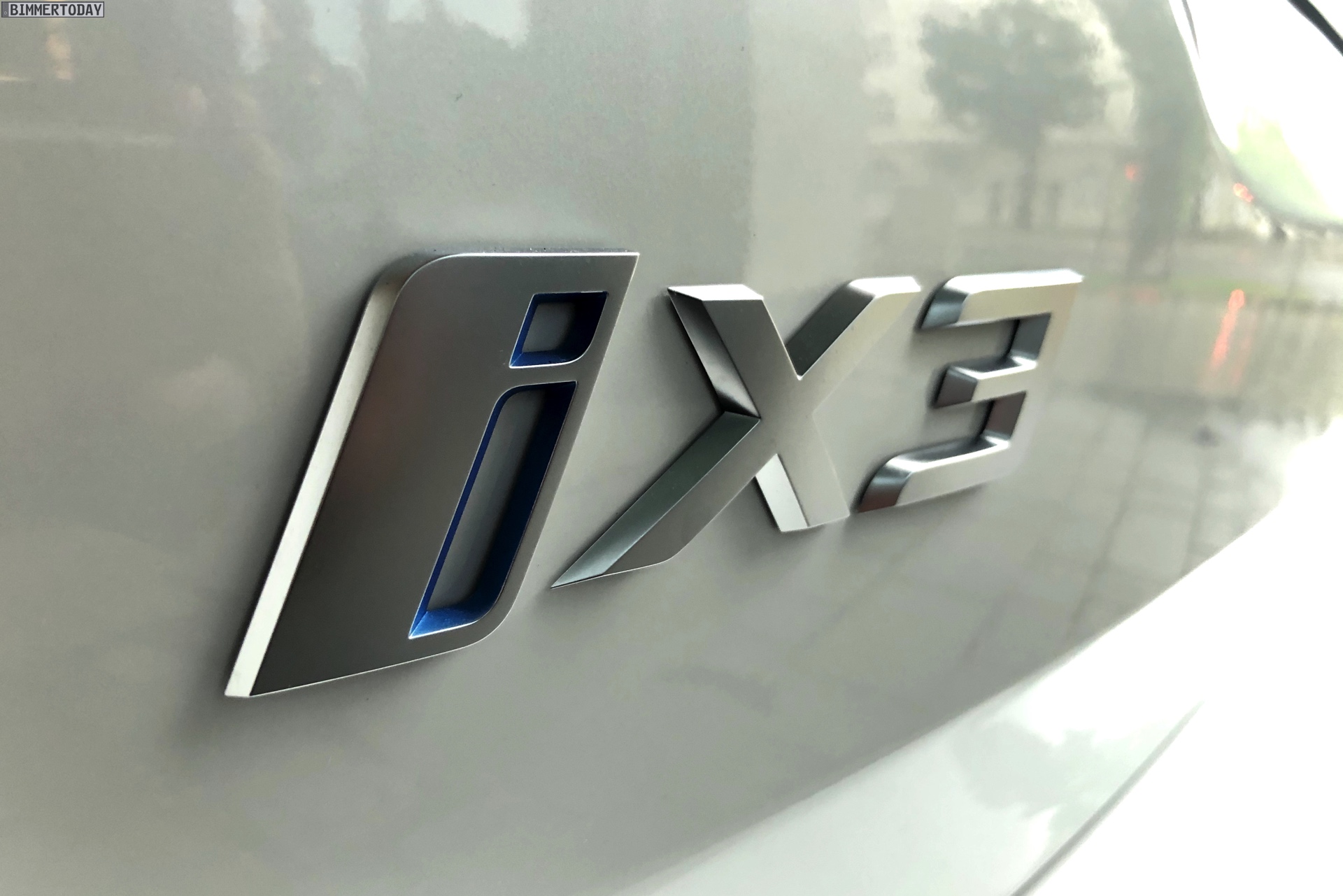 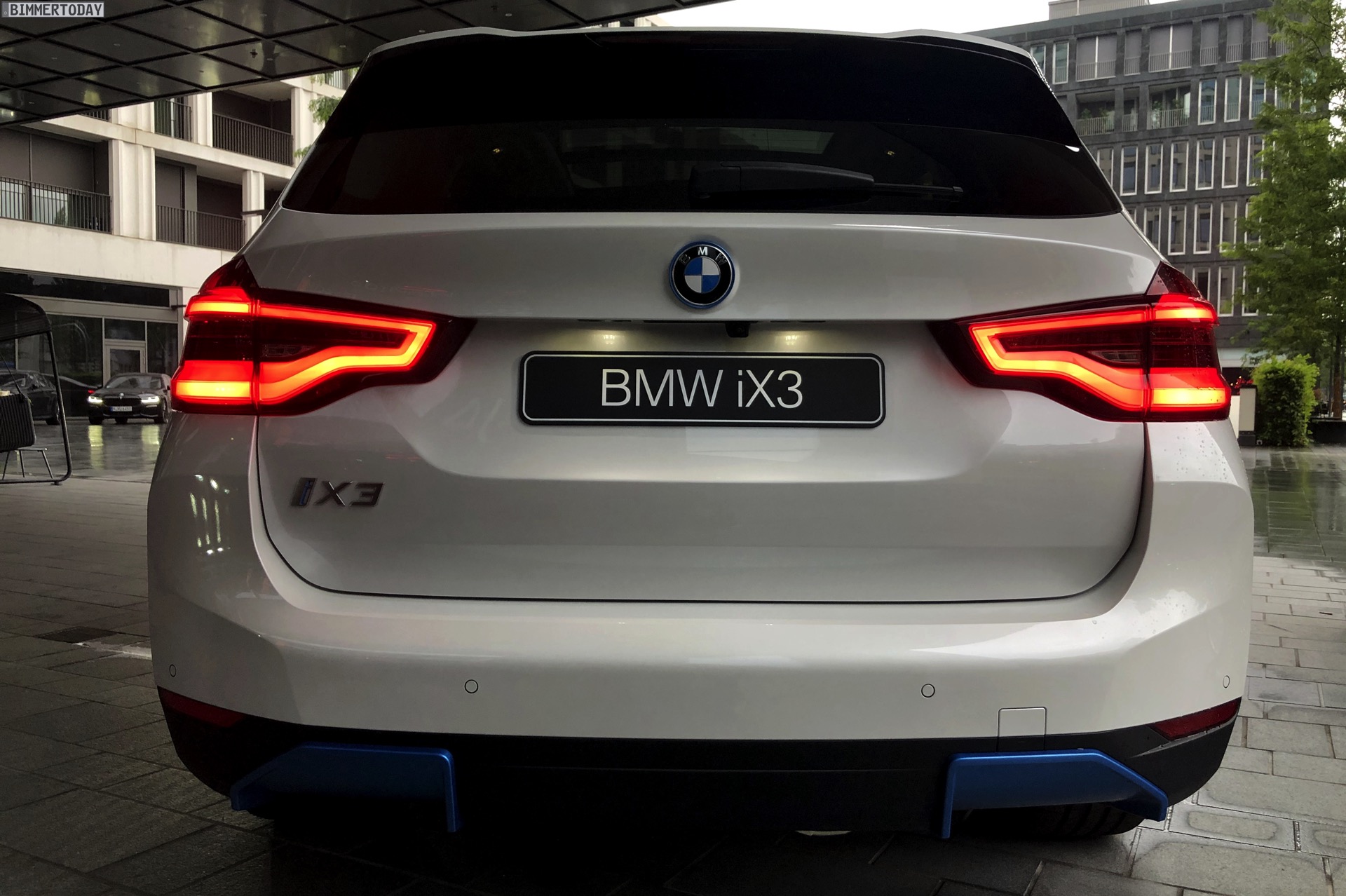 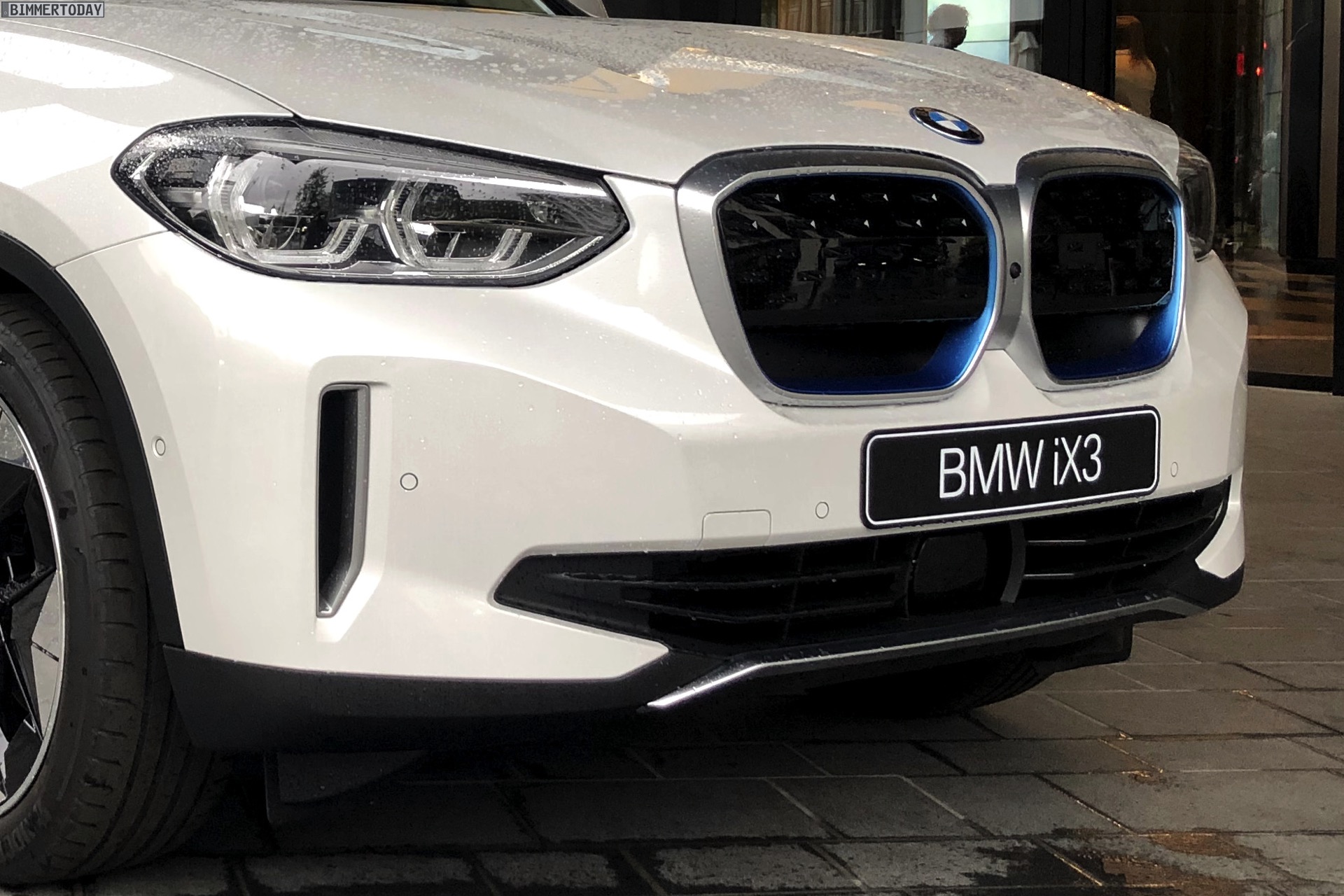 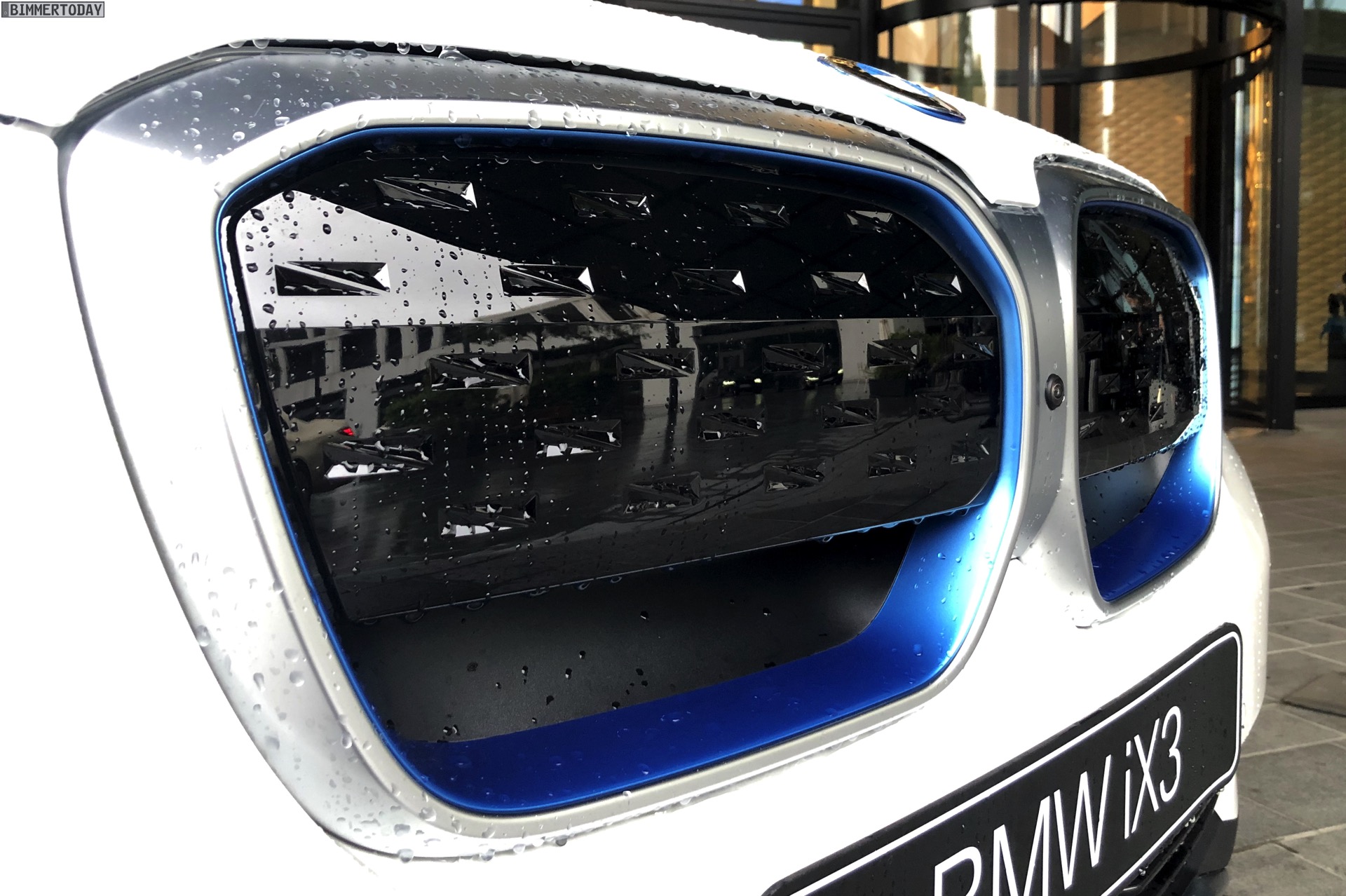 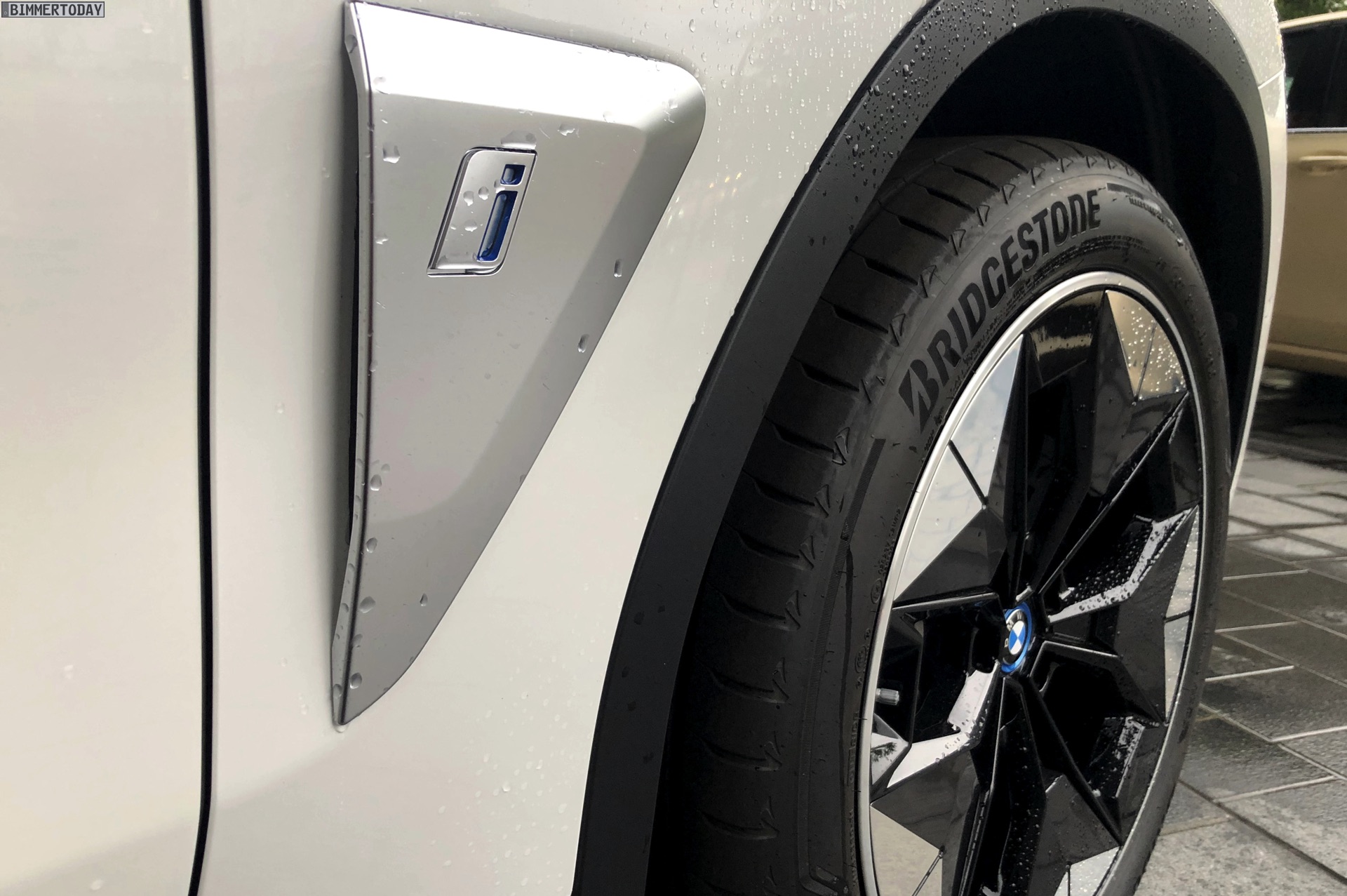 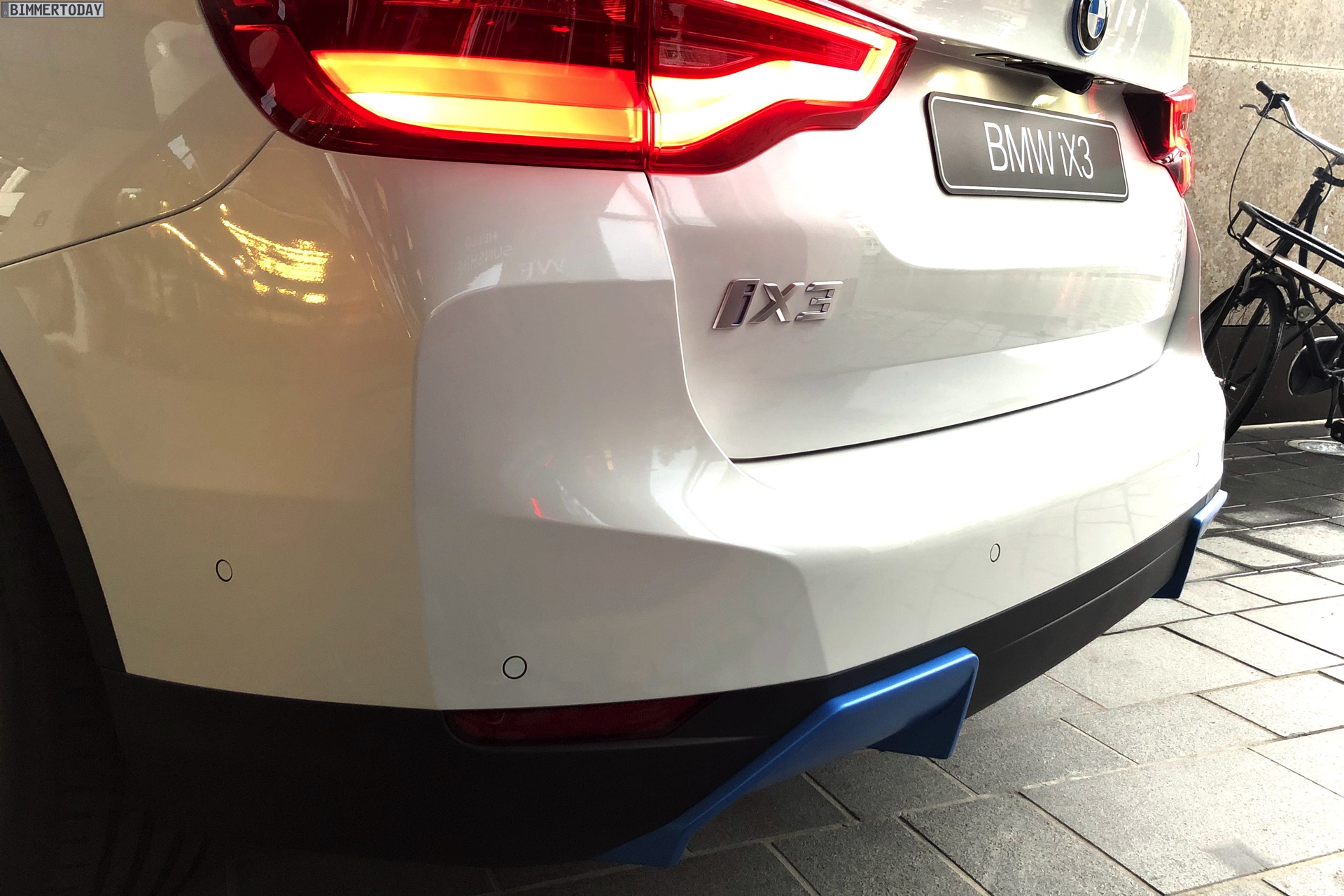 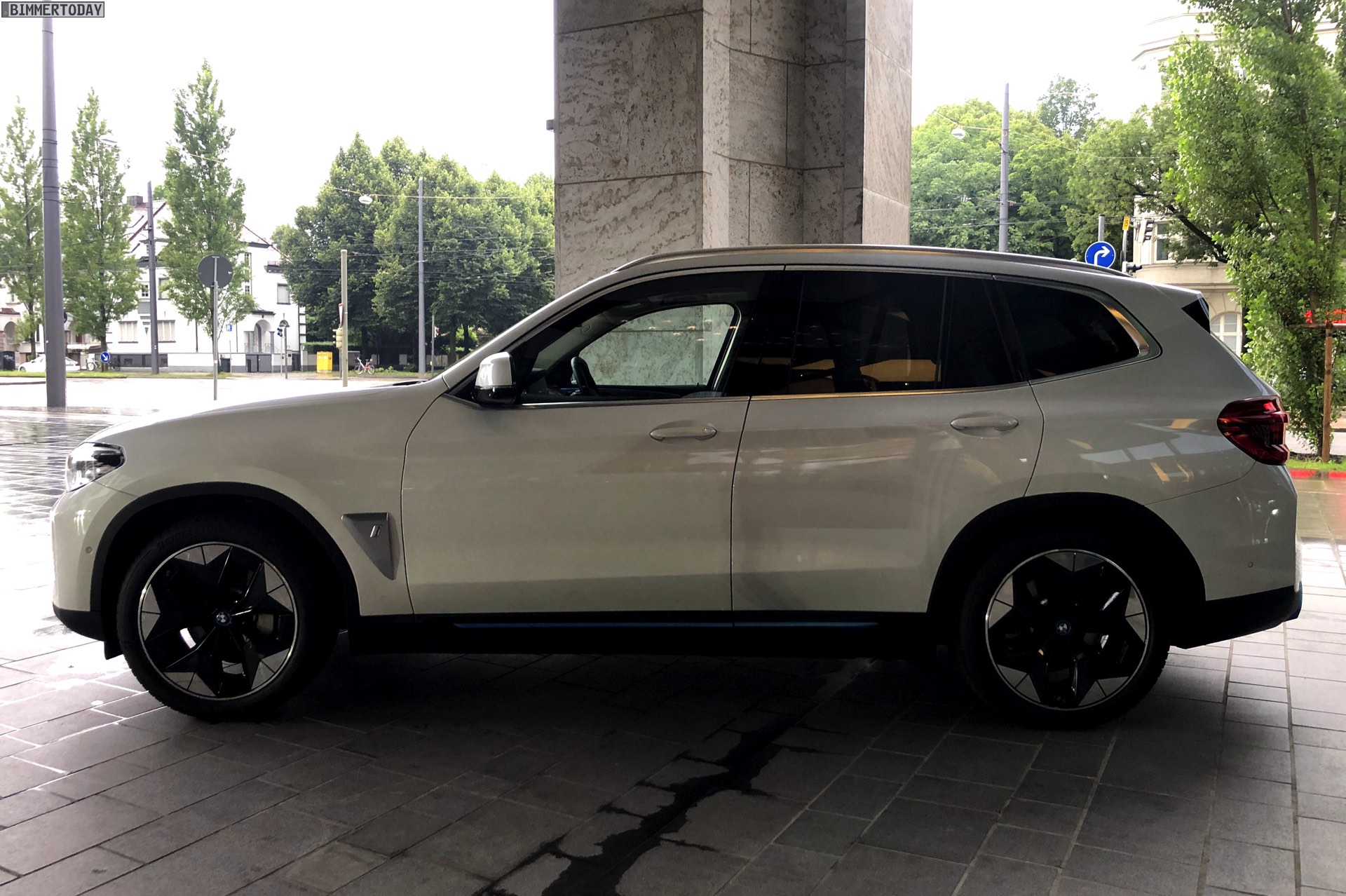