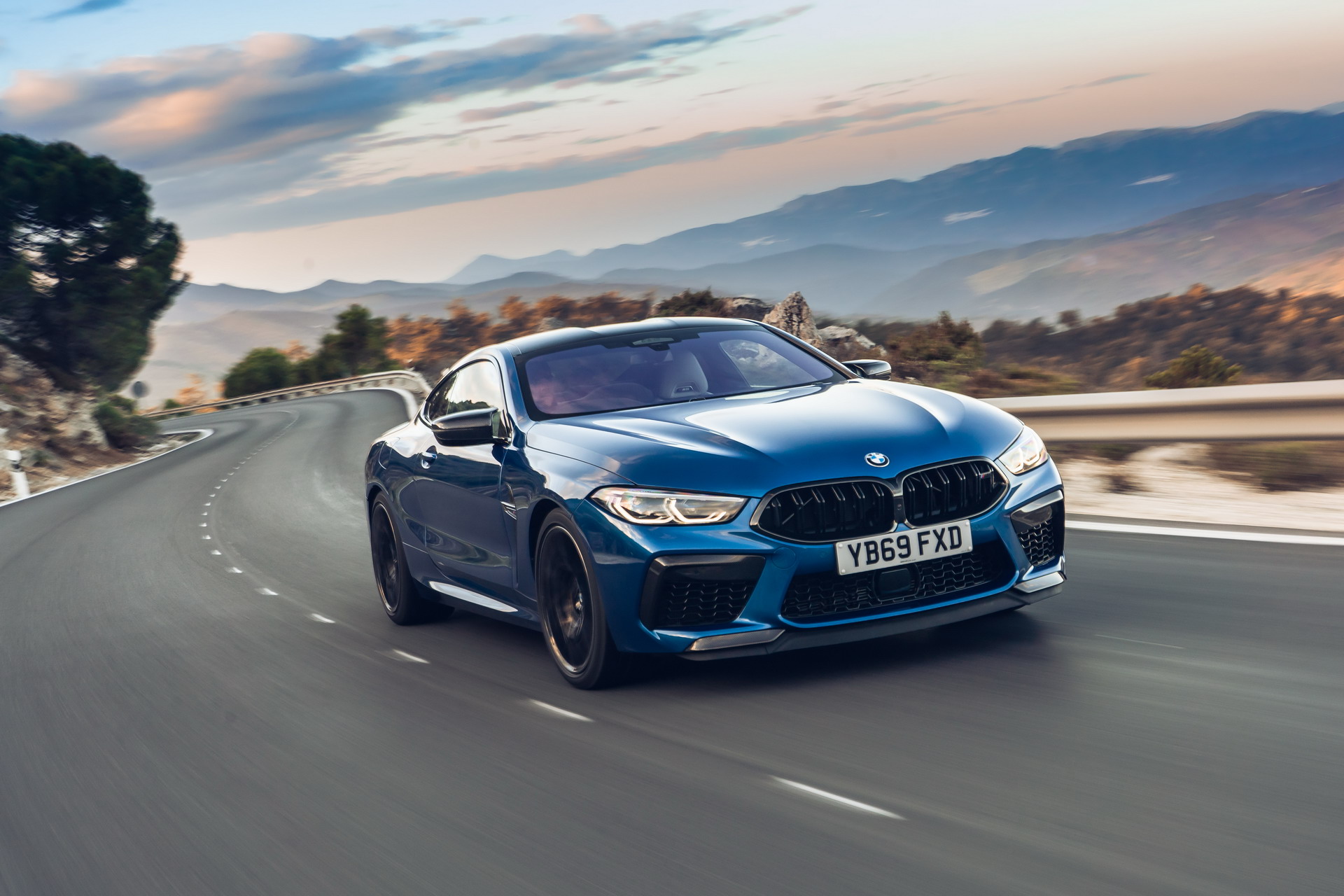 A lot of people have been wondering whether the price difference between the new BMW M5 and the M8 is worth it. Leaving aside the body style preference, what people want to know is how much of a performance gap there is between these. Well, lucky for us, CarWow and Joe Achilles joined forces to provide some answers. They got these two cars in Competition guise together and had a drag race.

If you were to check out BMW’s spec sheet you’d learn that the M8 Competition is claimed to be faster. The problem is, looking at the power and torque output and even gearbox and all-wheel drive system, the two are identical. Both cars come with the same 4.4-liter twin-turbo V8 making 625 HP and 750 Nm (553 lb-ft) of torque.

Furthermore, both have the same ZF 8-speed gearbox and the same M xDrive all-wheel drive system. To top it off, the weight difference is only 15 kilos, not enough to make a difference.

And yet, BMW’s claimed 0-62 mph times are leaning in favor of the M8. The Coupe is claimed to do the sprint in 3.2 seconds while the M5 Competition needs 0.1 seconds more. Admittedly, both cars have been independently tested and showed better times but every time the M8 was just a tad bit faster.

So what’s the deal? The video below suggests the Launch Control feature in the M8 works better and is more reliable while the one in the M5 is a bit more fiddly.

However, that could be down to the driver as Joe has some trouble getting the car to act accordingly. Nevertheless, he is a somewhat experienced driver and had plenty of time with recent BMWs to learn the way they work so if it happened to him, it can happen to anyone.

The rolling race shows how aerodynamics affect cars at higher speeds and that is a reasonable explanation for the M8’s win. In the brake test, that small weight difference might’ve helped the M5 win, even though I reckon Joe weighs more than Mat so that advantage is nullified.

So, what do you think? Is the M8 worth the extra money?