BMW’s next big electric offensive will come in the form of the BMW i4 and iNEXT. Both electric cars are slated for a 2021 launch – remains to be seen which comes out first. Compared to other models, BMW has been extremely generous lately with details on the two cars. The iNEXT topic has been debated at large by BMW executives, while the i4’s name and details were first released by BMW CEO Harald Krueger.

Of course, some details were held back, but as we get closer to the launch date – and potential pre-drives and teasers of the two cars – some tech specs are starting to come out. Back in October 2018, we were the first to talk about some of the details of the i4, a car based on the upcoming 4 Series Gran Coupe, which in turn is built upon the G20 3 Series platform.

Initially we talked about the i4 80 – which is one of the names given to the new EV indicating the battery capacity found in the car. But along with the 80 kWh battery pack, BMW is also rumored to offer a cheaper version with lower EV range to be sold under the i4 60 badge.

Currently BMW offers one electric car – the i3 and its “s” sportier version – which has received several battery upgrades since its introduction 7 years ago. The latest one – BMW i3 120Ah – has a gross energy storage of 42.2kWh (kiloWatt hours) giving the car a range of 152 miles (246 km) according to EPA.

BMW CEO Harald Krueger said last year that the i4 will be coming with the company’s fifth generation of eDrive technology which means it will be delivering the performance we’re all waiting for:

“With the fifth generation of eDrive, our vehicles will be able to drive 550 to 700 kilometers on electric power, depending on the model. We will achieve this in the BMW i4 and the iNEXT.”

So while the i4 60 might not be able to get to that target, the i4 80 is the one that will cater to those with driving range anxiety. 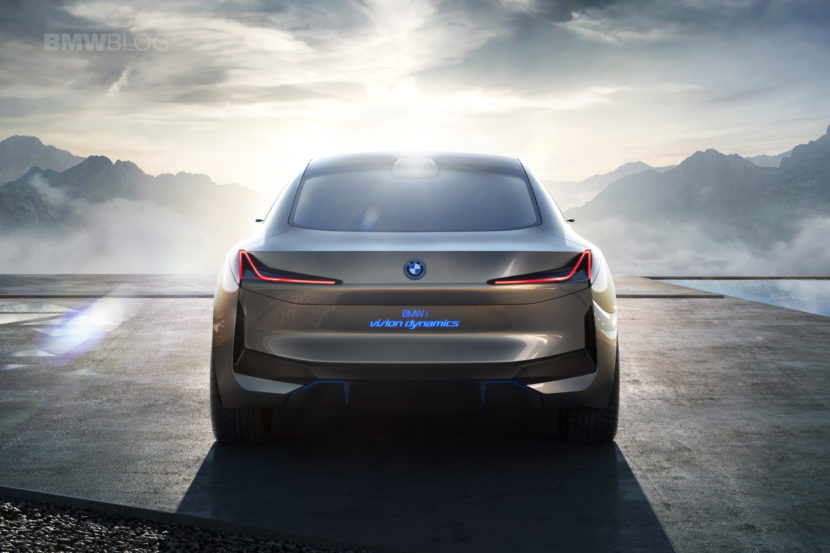 What’s even more interesting than the battery packs and electric miles is the option between a rear-wheel drive i4 or one equipped with the xDrive system. Now all customer around the world will have the luxury to choose the drivetrain based on their driving preference or climate conditions, a departure from the rear-wheel drive i3 which almost always requires winter tires in the cold and snowy areas of the world.

While some customers are complaining about the lack of a proper Tesla-fighter today, BMW executives have assured us – in previous talks – that the wait will be well worth it, considering BMW’s approach to launch fully-tested and well-refined automobiles.

With most global automakers focusing on electro-mobility, one thing is certain – the EV market will look significantly different past 2020 than it looks today and it will be just as competitive as the one for combustion engines.