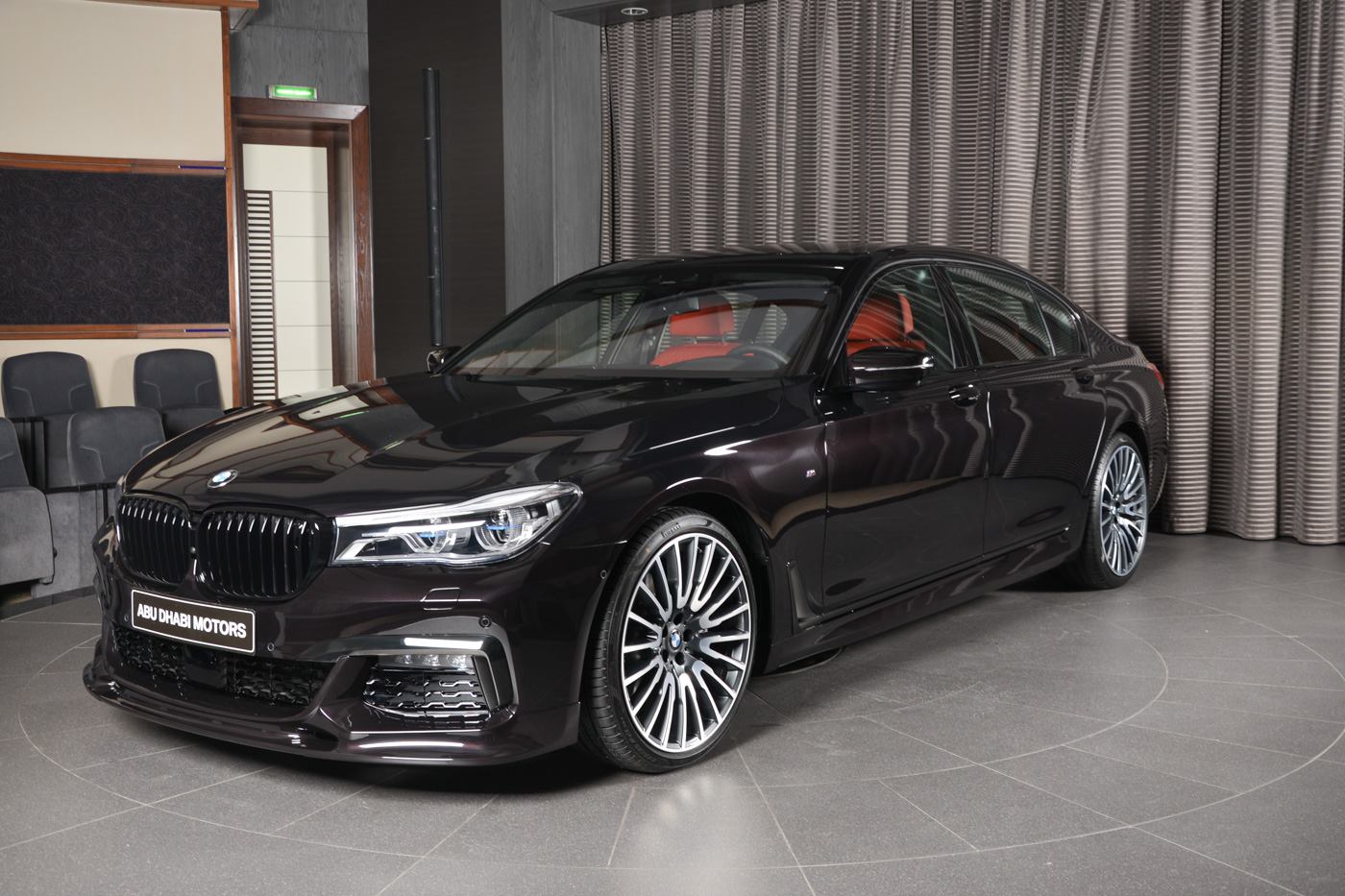 The BMW 7 Series range varies quite wildly depending on where you live. For example, customers in the US might be unaware of the fact that in other parts of the world you can get a 7er with only a 4-cylinder 2-liter engine under the hood. Then again, that engine can be both a diesel in the case of the 725d and 725Ld models or a petrol one when it comes to the BMW 730Li and 730i. One such BMW 730Li recently showed up in Abu Dhabi and it definitely has the looks to blow people away. 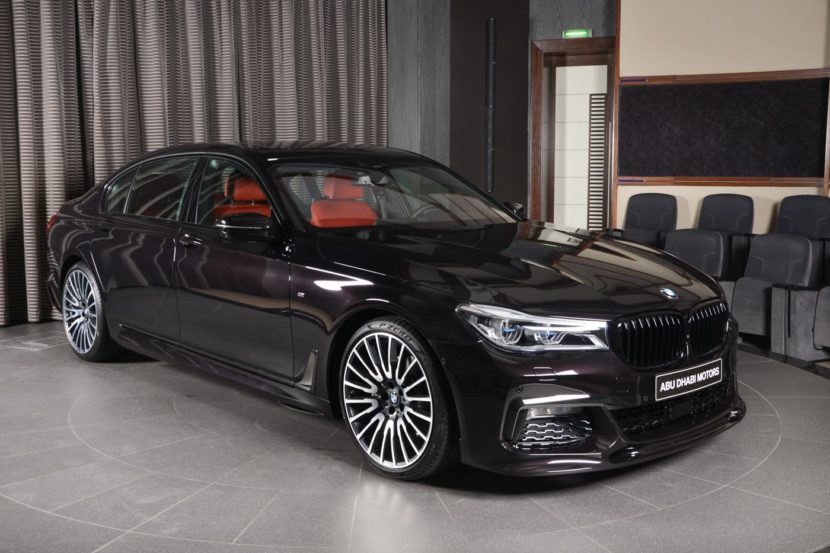 It may not be the most powerful model in the 7 Series range or the fastest but you definitely can’t tell just by looking at it. Done in Ruby Black, this particular model was put through the Individual program and came out looking absolutely stunning. Ruby Black is a rare color and is known to change its appearance quite a lot depending on the light source. Therefore, while in the pictures below it may look absolutely dark, in reality you might find it to have purple hues in certain situations. 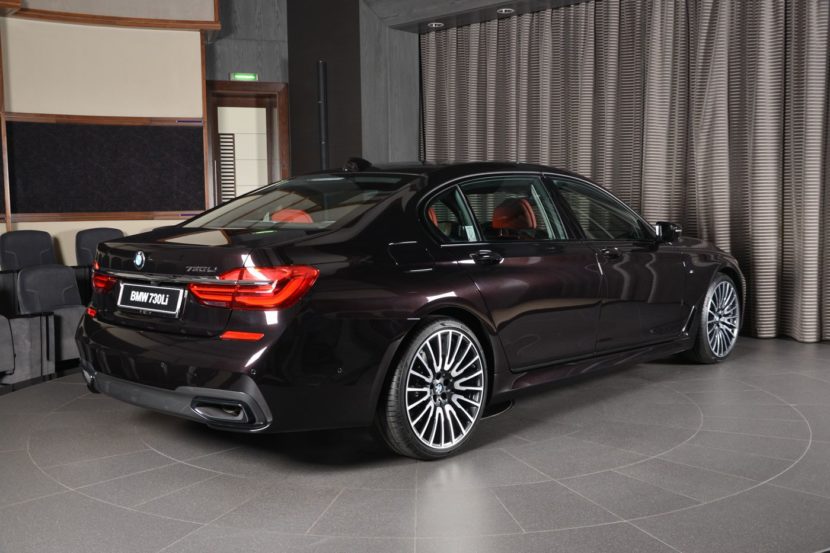 Other than the impressive exterior color, the car also received big 21″ wheels done in Orbit Grey which emphasize the M Sport look. Chip in the blacked out M Performance kidney grilles up front and the 3D Design front spoiler attached to the bumper, and you’ve got yourself a looker. The interior red leather aims to bring some color into this build. 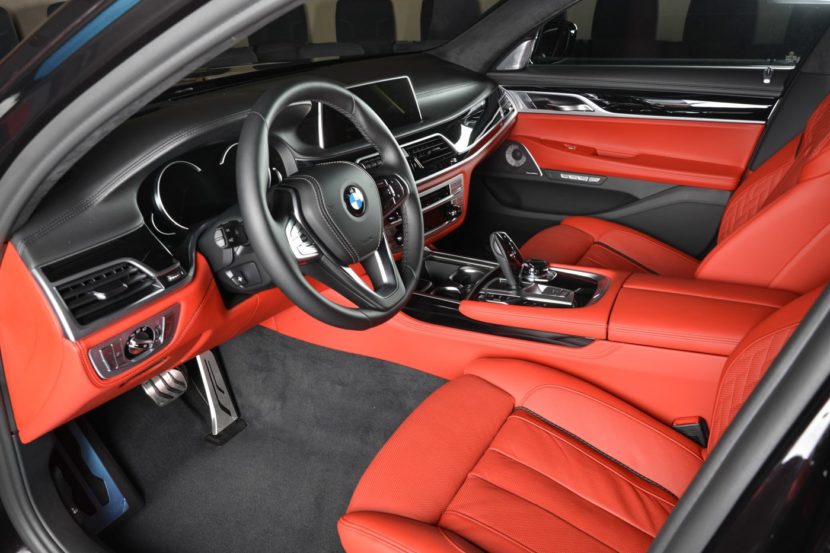 The contrast is quite powerful and over time we noticed that red does seem to be a local favorite when it comes to the leather used inside the cabin. Now all the owner has to do is take down the 730Li inscription at the back and he’s good to go out and make some heads turn in Abu Dhabi, leaving people to wonder whether there’s a V12 under that hood or not. 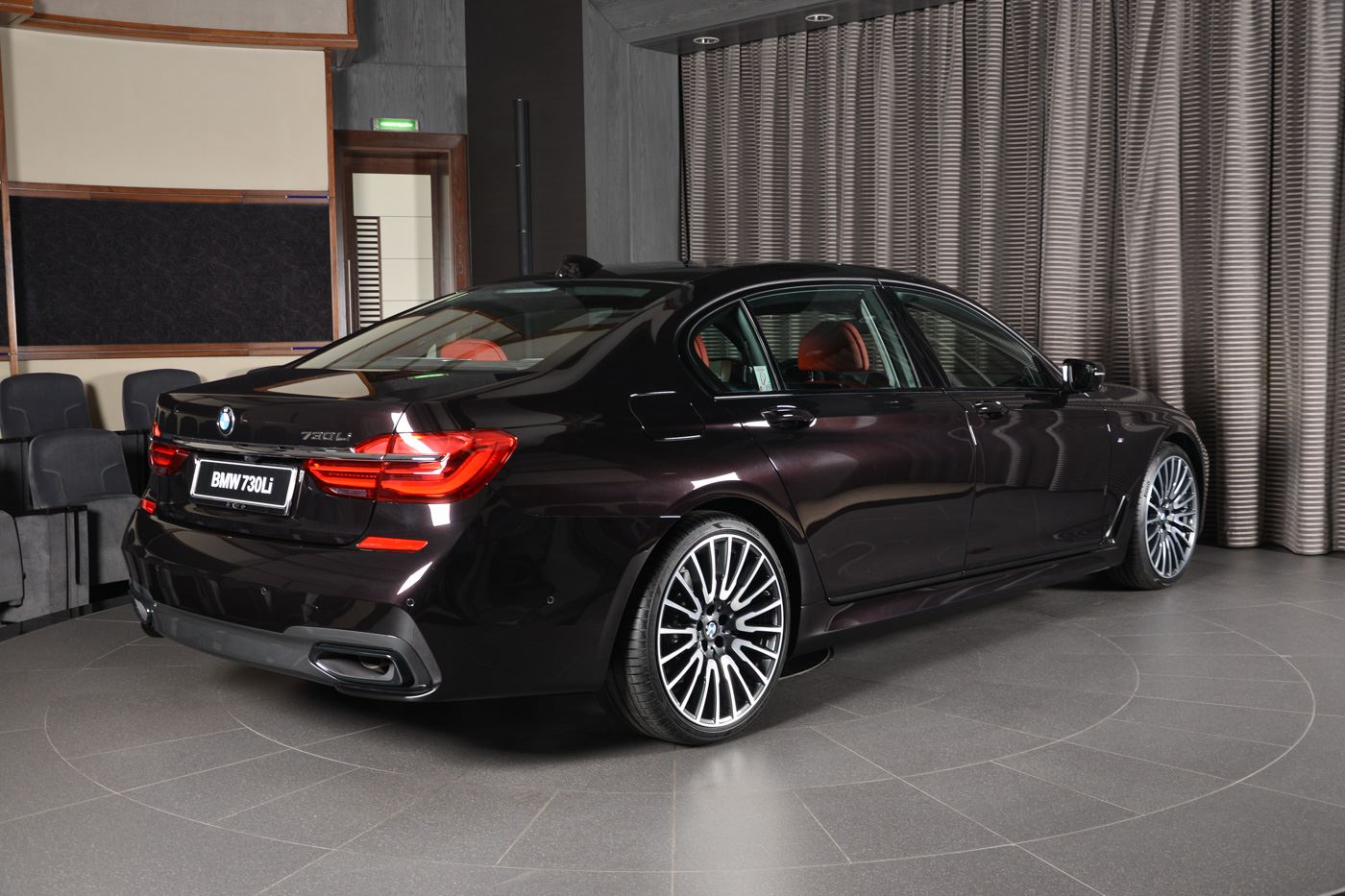 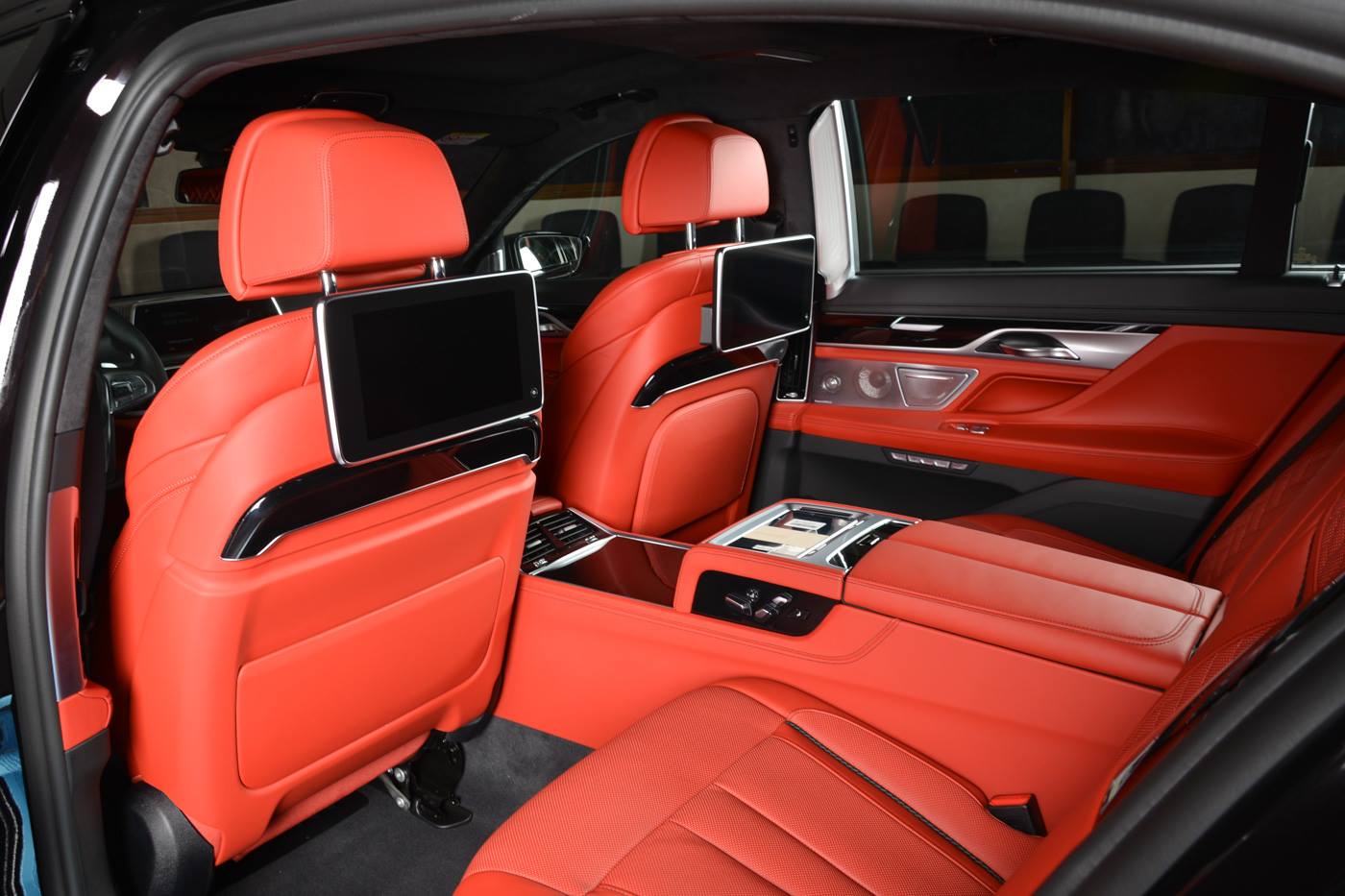 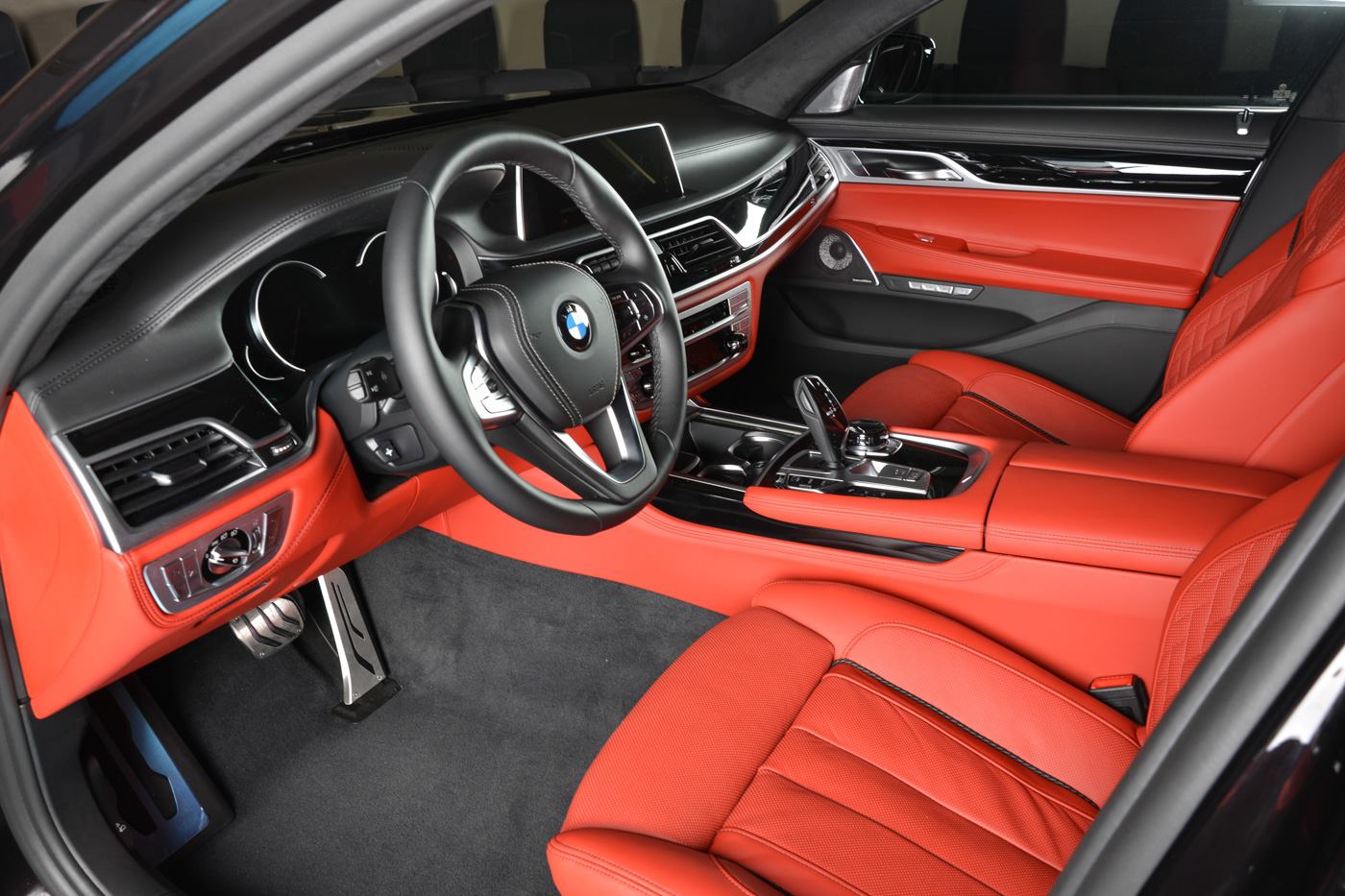 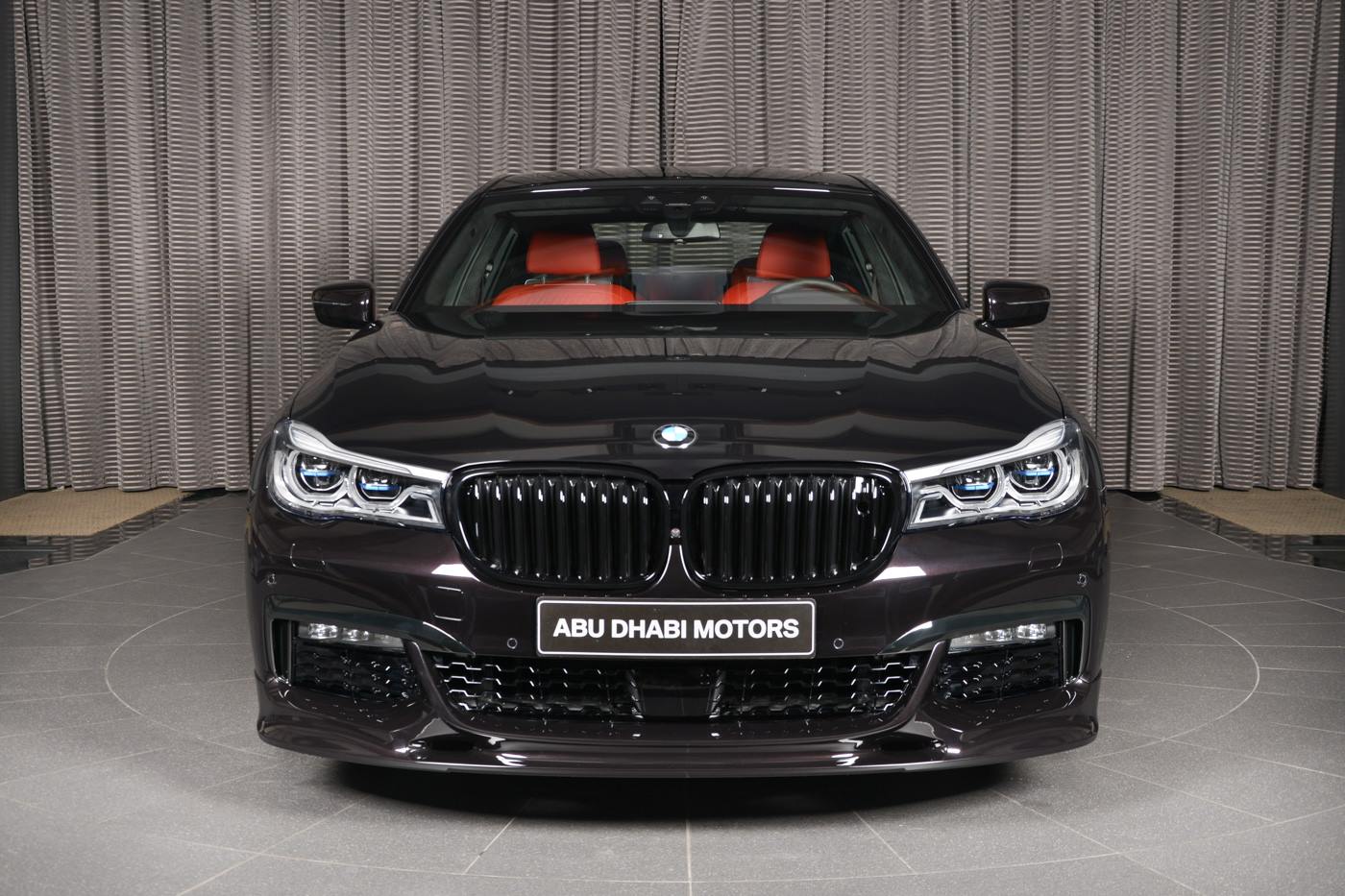 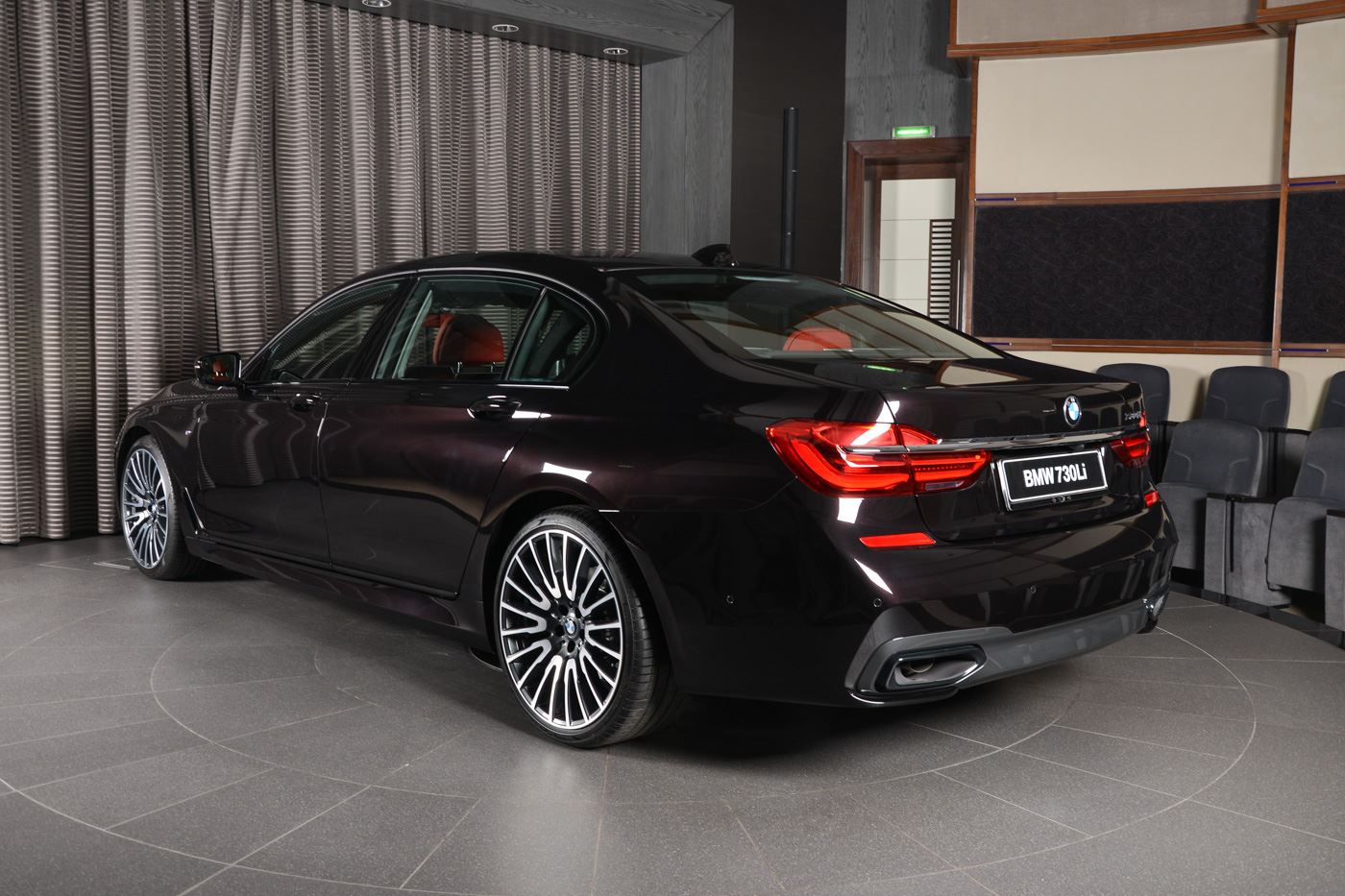 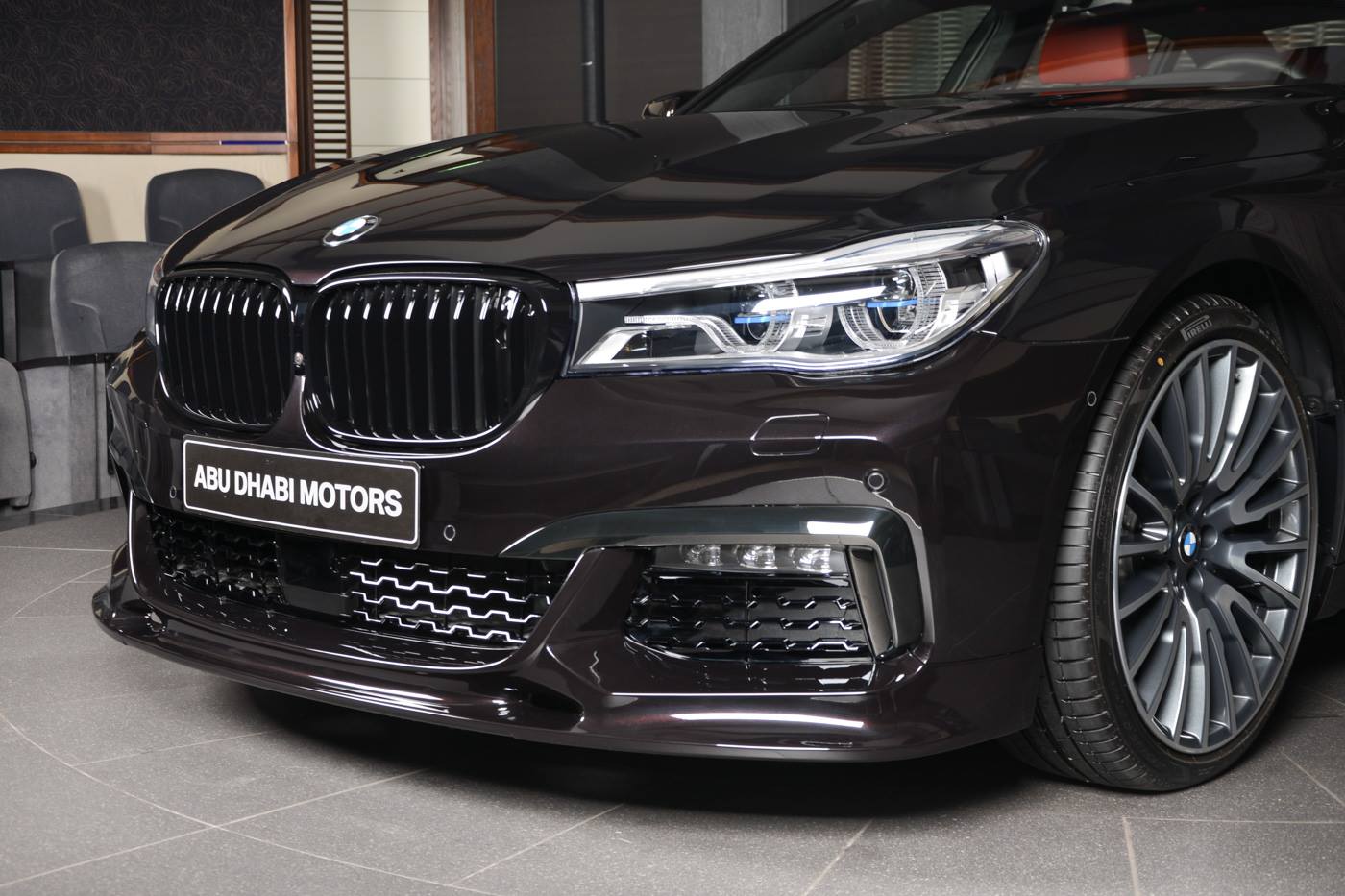 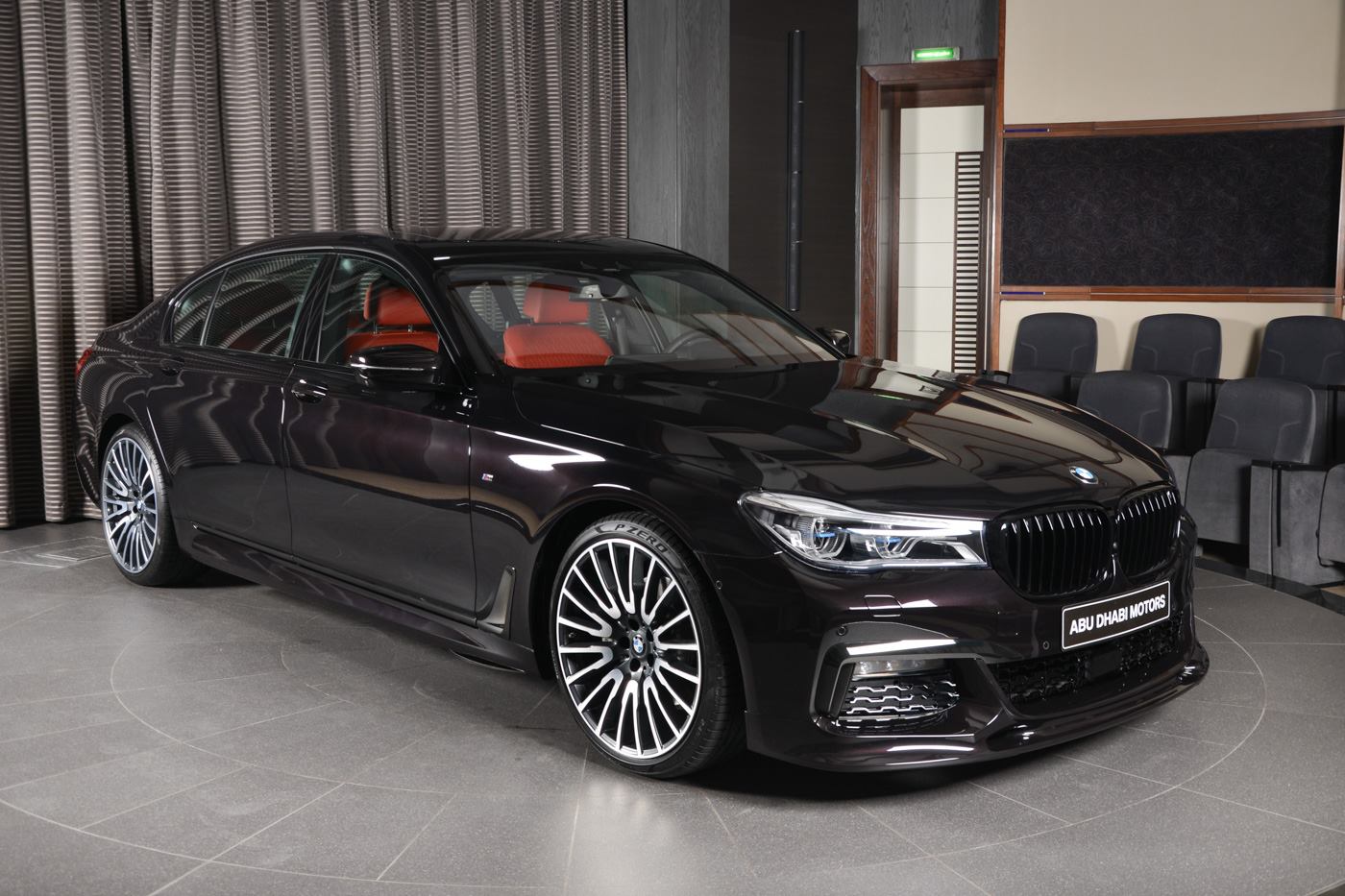