The AC Schnitzer ACL2 model might just be the most terrifying and the fastest BMW M235i made by a tuner so far. The German specialist didn’t back down from any expense and managed to turn what started life as a simple BMW 2 Series into a proper land rocket. The claims of the tuner went even further this week as it released a video showcasing a Nurburgring lap time of 7:29.44.

In case you’re not up to par with Ring lap times, that’s incredibly fast for both a BMW and a M235i on top of that. Both those terms are used rather loosely here though, as few components are still used on the car after the AC Schnitzer treatment. To put things in perspective, you need a moment to grasp the fact that Lamborghini Huracan does the same lap in 7:28 flat while the Porsche 991 911 GT3 is slower at 7:32.20. Should we also mention that the Pagani Zonda F supercar does the same benchmark lap in 7 minutes and 33 seconds? 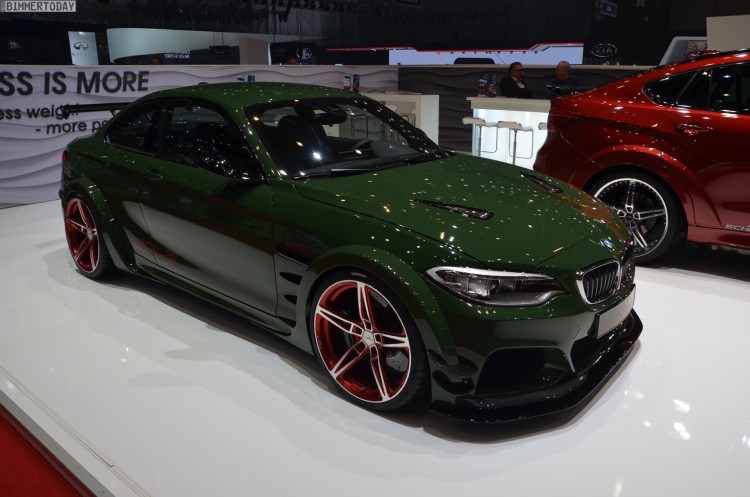 So how was all of this possible? Well, the AC Schnitzer engineers took the BMW M235i to a whole new level, by using a BMW M4 S55 engine. Under the hood, the 3-liter straight six mill now makes 570 HP thanks to some TLC from ACS. Furthermore, the rear limited slip differential with a Drexler diff lock from 25 to 95 percent allows extremely quick cornering. Together with that insane amount of power, new brakes were needed to keep it in check. 6-pot fixed caliper brakes up front with 400 x 38 mm carbon ceramic brake discs (drilled) and 4-pot brakes at the back with 380 x 28 mm carbon ceramic discs (drilled) make sure you can stop without fearing for your life, in any given situation.

Under the motto “Less is more”, the Aachen-based engineers have designed the ACL2 so light that, with 2.59 kg per hp, it puts vehicles like the Ferrari 458 Italia or the Porsche 911 GT3 RS to shame. Then there’s the optimized carbon intake tract and lightweight battery that further illustrate the meaning of the letter “L” in the name of the concept vehicle. Yes, you read that right, the ACL2 is not for sale, but merely a concept, meant to showcase what the German tuner is capable of. According to them, if the car was to be sold, the price tag would top €149,000. 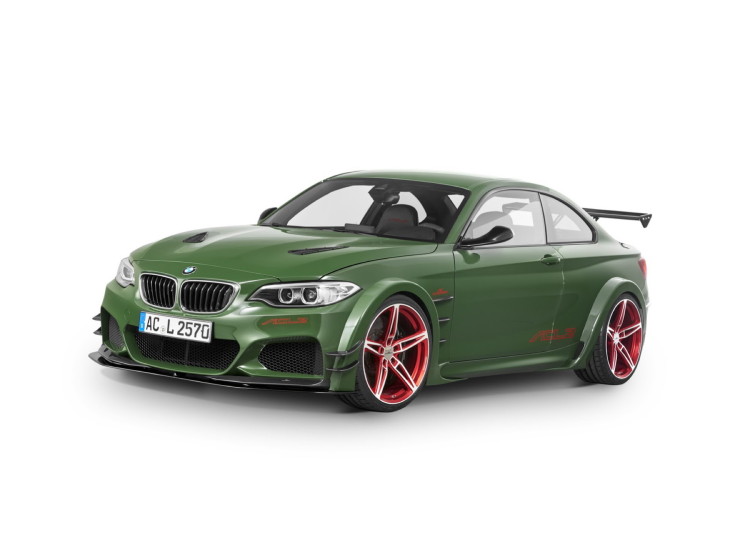 The suspension was also tuned, replacing the stock setup with AC Schnitzer’s own Clubsport suspension which also offers full adjustment of compression and rebound stages. AC Schnitzer support bearings and the bodywork-stiffening M4 carbon strut braces complete the package. All in all, this thing is a monster and could very well do the lap time quoted by the tuner but we’re rather reluctant until we get to see a full video of the attempt and not just some nicely edited shots, such as is the case in the video below.