The AC Schnitzer ACL2 model might just be the most terrifying and the fastest BMW M235i made by a tuner so far. The German specialist didn’t back down from any expense and managed to turn…

Video: AC Schnitzer ACL2 Based on BMW M235i Revs for the Camera

Whenever AC Schnitzer releases a new car you know greatness is in store. The AC Schnitzer ACL2 model is no exception, bringing incredible performance in a compact package that started life out as a BMW…

Yesterday, the new BMW M6 GT3 race car enjoyed its first major win in an endurance race, managing to claim a victory in this year’s 24-hour Spa Francorchamps race. Whether it is a coincidence or… 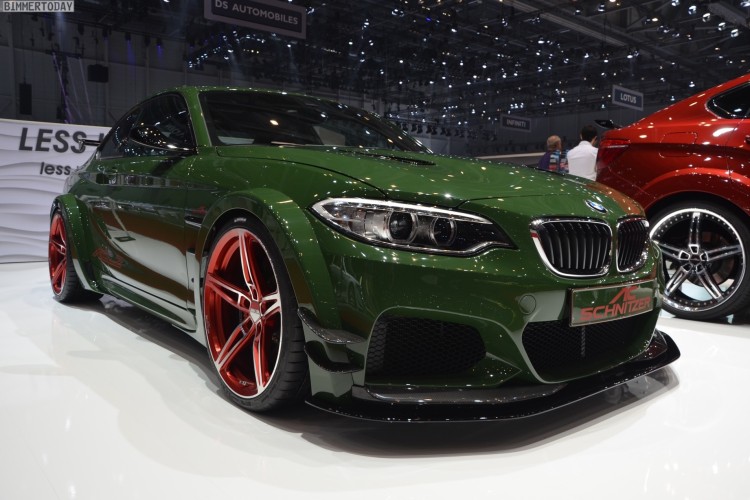 The 570 horsepower monster from AC Schnitzer is turning heads at the 2016 Geneva Motor Show. The first major international auto show of the year hosted in Europe is the home of many tuning companies…

This is the 570 horsepower AC Schnitzer ACL2

At the 2016 Geneva Motor Show, German tuning shop AC Schnitzer will unveil a new model. Dubbed ACL2, the sporty two-door coupe is said to be based on the M235i and featuring a wide body…