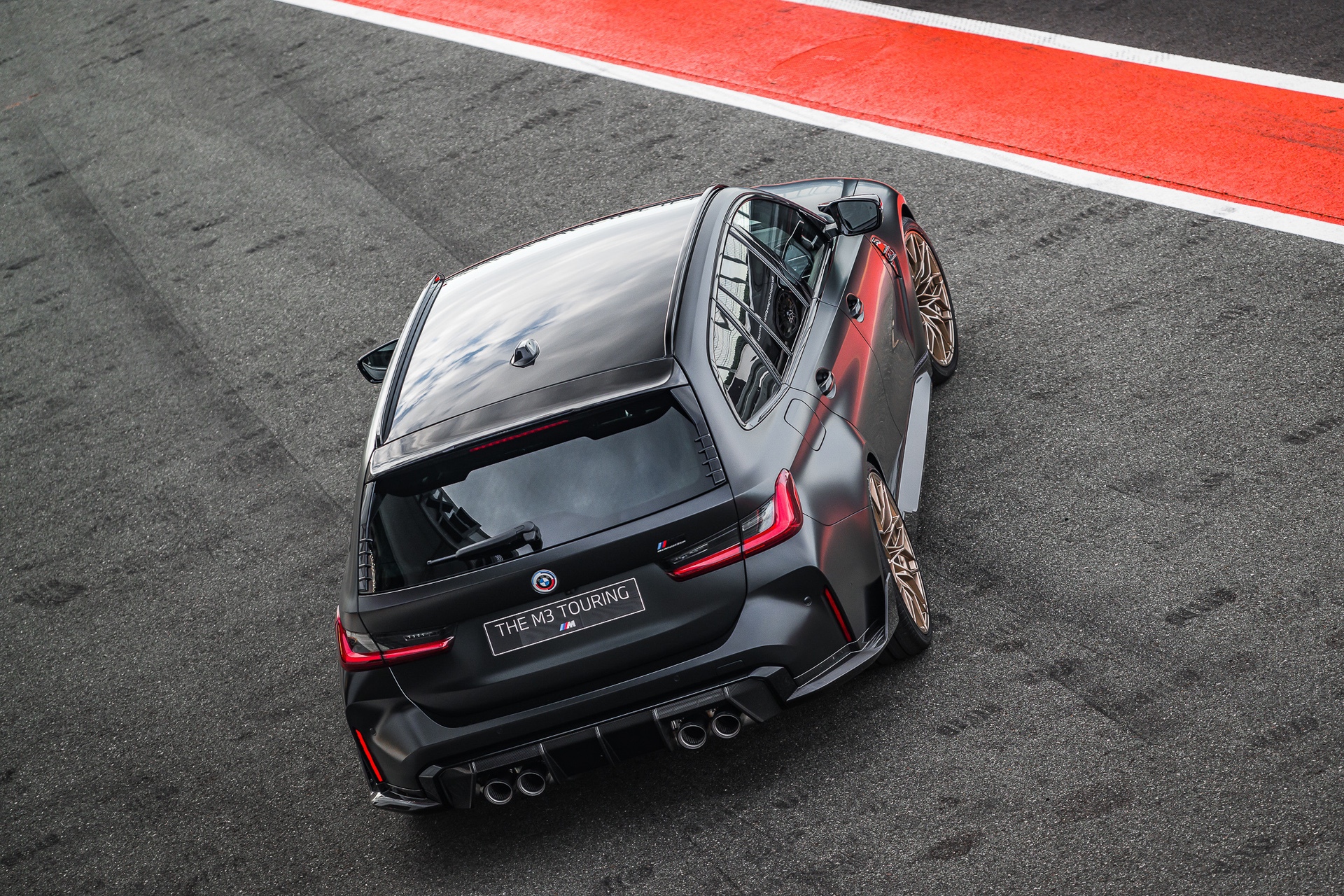 There’s quite a lot to see these days at the Brussels Motor Show where BMW has brought its latest exciting products. Not only are the 3.0 CSL, M2 G87, and XM attending the event held in Belgium, but so is the long-awaited M3 Touring. Decades in the making, the very first production M3 with a long roof has been painted in an Individual color, namely the sinister-looking Frozen Black.

BMW’s belated answer to the AMG C63 Estate and the Audi RS4 Avant is exhibited in a superior specification by featuring laser headlights and a carbon fiber exterior package. There’s no carbon roof option available for the G81, with the company explaining it would’ve been too much of a hassle to adjust the assembly line for what it’s projected to be a relatively low-volume product. 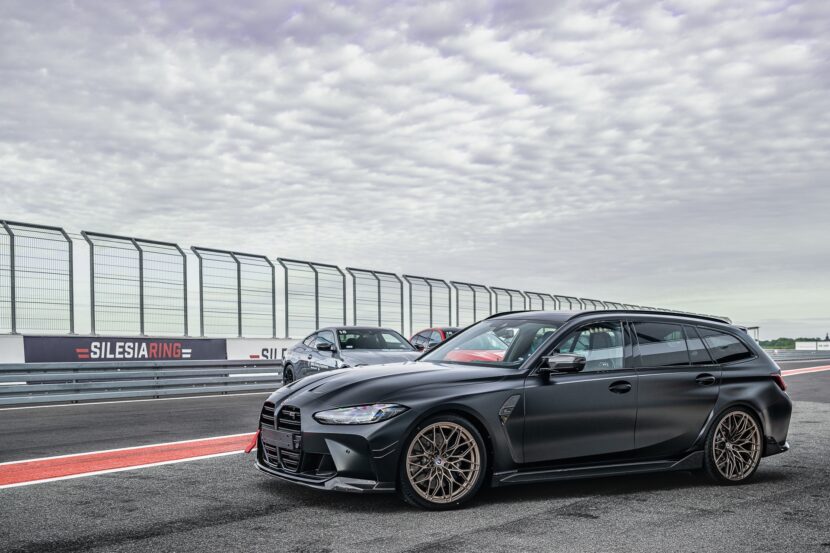 Although BMW has recently introduced center-lock wheels for the 3.0 CSL and M2 G87, the speedy wagon has the familiar 19-inch front and 20-inch rear 1000M set with a typical five-lugnut configuration. As a refresher, the M3 Touring is available exclusively in the Competition guise with xDrive, which consequently means it can be had only with an automatic transmission.

Like the lesser 3 Series versions, the all-rounder from BMW M comes with the iDrive 8 featuring a curved glass hosting a 12.3-inch digital instrument cluster joined by a 14.9-inch touchscreen. In this particular case, the M3 Touring has been fitted with carbon fiber front bucket seats that cost extra. Being a Touring at heart, this is still an immensely practical luxury car, but now with more performance baked in.

Should you want an even larger fast wagon, the M5 Touring is likely coming back around the middle of the decade and is likely to be sold in the United States where its smaller sibling remains a forbidden fruit. It will use a twin-turbo 4.4-liter V8 part of a plug-in hybrid powertrain with somewhere in the region of 700 hp

Although the M3 Touring is being launched roughly two years after the sedan, it’s expected to have a long shelf life. We’ve heard through the grapevine BMW will be making the go-faster wagon until near the end of 2027, with visual updates planned for around the middle of the decade.