Flanked by the M3 Sedan and M3 Touring, the new M2 has already arrived at the BMW Welt in Munich. A new walkaround video puts the spotlight on the sports coupe finished in M Toronto Red Metallic with the optional carbon fiber roof. The G87 rides on standard 19-inch front and 20-inch rear wheels (930 M) but customers will be able to opt for a larger size through the M Performance Parts catalog.

You’re not stuck with those red brake calipers since BMW gives you the option to go with blue as well, although in this car’s case, it makes more sense to have them color-coordinated with the body. The Bavarian marque decided to showcase its smallest M car with the six-speed manual gearbox. In Germany, the eight-speed automatic represents the standard offering and buyers must pay an extra €500 to get the clutch pedal. 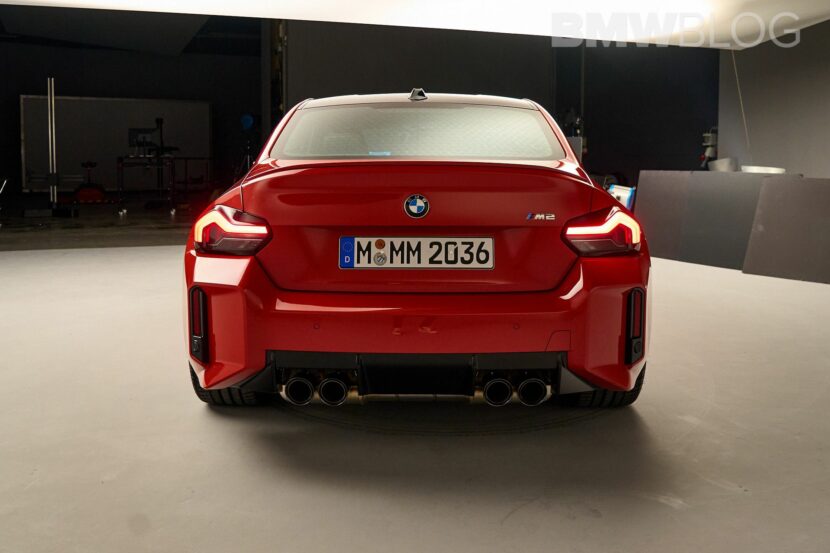 While the two M3 models we mentioned earlier both have M Performance Parts, the smaller car has the standard appearance, save for the carbon roof. Eagled-eyed viewers will notice it’s missing the 50 years of M anniversary badging, but those are still available as a €200 option in Germany. Another visual upgrade this car lacks is the Shadowline treatment to black out the headlights. You can also spring for numerous carbon fiber add-ons should you find the standard appearance too mundane.

Much like the M240i and lesser 2 Series Coupe versions, the top dog in the 2er lineup will be manufactured only at the San Luis Potosí plant in Mexico. The global market launch is scheduled for April 2023 and rumor has it the transition to the M2 Competition is already locked in for August 2024. Eventually, there should also be a new CS and/or a CSL. The second-generation M2 is believed to remain in production until July 2029.

It’ll be interesting to see whether that juicy rumor about BMW planning an M2 xDrive will come true. From what we’ve heard, a final decision has yet to be taken.