SUVs are generally seen as the cooler alternative to minivans, although that’s highly debatable. Because customers have an insatiable thirst for anything with a little bit of extra ground clearance, there are plenty of high-performance derivatives to lure in even more buyers. BMW has full-fat M versions of no fewer than four X models (X3, X4, X5, X6), with a fifth one on the way as the XM goes on sale in 2023.

The smallest of the lot has been pitted against two other fast and powerful SUVs. However, this X3 M Competition has two fewer cylinders than its competitors considering the Mercedes-AMG GLC 63 S Coupe and the Jeep Grand Cherokee Trackhawk are powered by V8 engines. All three come with AWD and automatic transmissions but one of them is way more powerful than the other two. 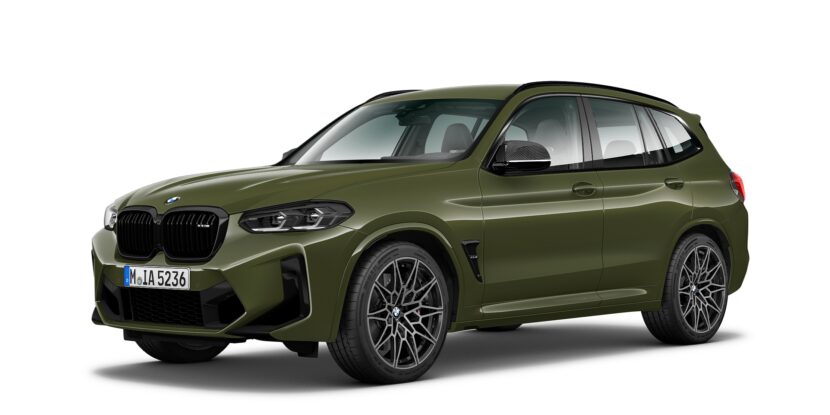 While the German high-performance SUVs both weigh just under 4,600 pounds, the American brute tips the scales at nearly 5,400 lbs. Despite its extra mass, the Trackhawk was untouchable in the two drag races. The situation changed in the subsequent rolling races from 32 mph (50 km/h) as the X3 M Competition and AMG GLC 63 S Coupe downshifted quicker and were able to deliver the power much sooner. The latter triumphed in both duels.

Of the three, we’d argue the Trackhawk had the best engine soundtrack while the X3 M was the looker. Let’s keep in mind the next GLC 63 will lose the V8 in favor of a four-cylinder plug-in hybrid while Stellantis is also bidding adieu to its Hellcat motor. As for BMW, the M division has pledged to keep the inline-six (and V8) in the portfolio until at least 2030.