BMW gave the X3 M Competition a mid-cycle update last year focusing on styling and technology. There were also some changes under the hood as the inline-six received the lightweight crankshaft from the M3/M4. The LCI was launched relatively early since the M model had been around for only about two years. It’s likely because the company wanted to bring the performance version’s styling in line with the non-M flavors.

Putting those numbers to the test, AutoTopNL took the X3 M Competition to the Autobahn for a top speed test. Naturally, the run took place on a section of Germany’s highway where there weren’t any speed limits. As advertised, it did the sprint in around 3.8 seconds and reached 124 mph (200 km/h) in 13.34 seconds. 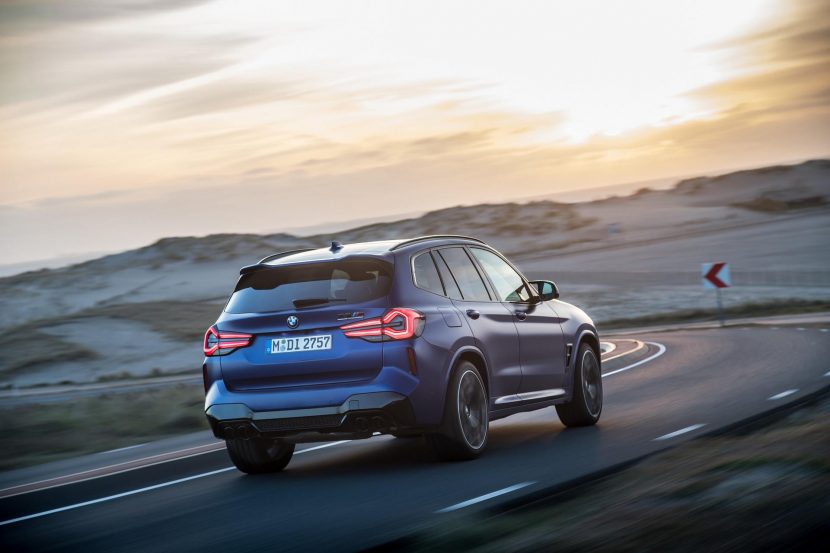 The 2022 BMW X3 Competition must’ve had the optional M Driver’s Package. The speedy SUV comfortably exceeded 155 mph (250 km/h), which is when the electronic limiter is triggered on a version without the pack. It continued to accelerate until a little over 162 mph (260 km/h). Flat out, the AMG GLC 63 rival maxes out at a still-limited 177 mph (285 km/h).

It will be interesting to see whether customers will switch from the X3 M Competition once the M3 Touring arrives later this year. Echoing the SUV, it’ll be sold only with xDrive. an automatic transmission, and as a Competition model. It should be more agile than the SUV courtesy of a lower center of gravity. In addition, the M3 Touring is getting the iDrive 8.