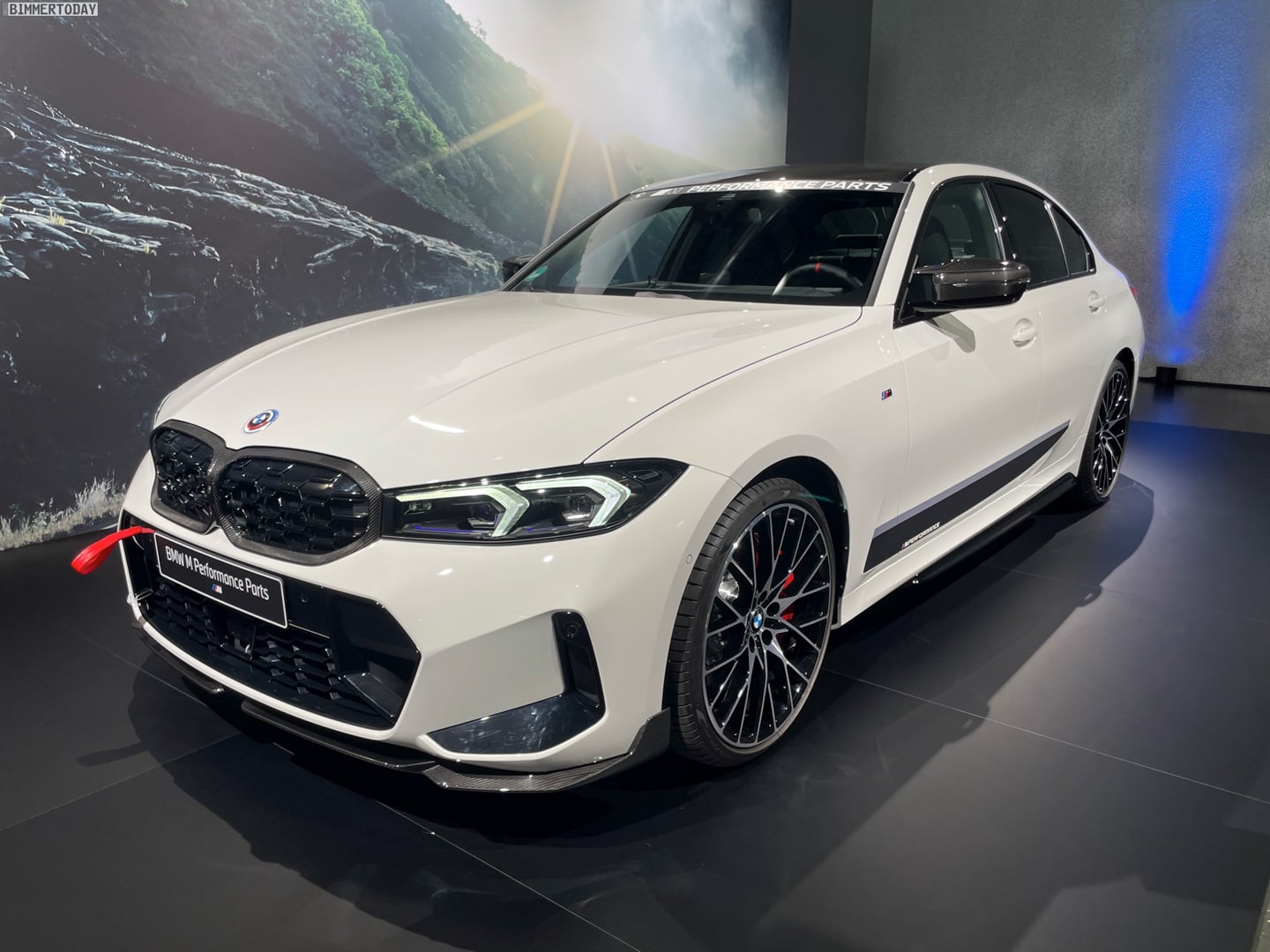 BMW’s M Performance cars aren’t just budget M cars, nor are the just higher trim level version of standard cars anymore. Instead, they offer a unique flavor for enthusiasts who want something with M car performance but with added comfort and refinement. The BMW M340i offers customers M3 speed but with the comfort of a standard 3 Series. Now, though, it can add a bit more excitement through BMW’s M Performance catalog, which even offers a carbon fiber roof for the first time.

There’s something very special feeling about a carbon fiber roof. Will customers ever truly notice the difference in weight or center of gravity? Probably not, not really. However, it will handle a bit better and it adds a cool factor to their car that they’ll enjoy throughout ownership. Even if the weight benefit is hardly felt, there’s something cool about knowing that it is there, it is helping, and it makes the car more exotic than every other 3 Series on the road. It’s also the first time that a non-M 3 Series is offered with a carbon roof. 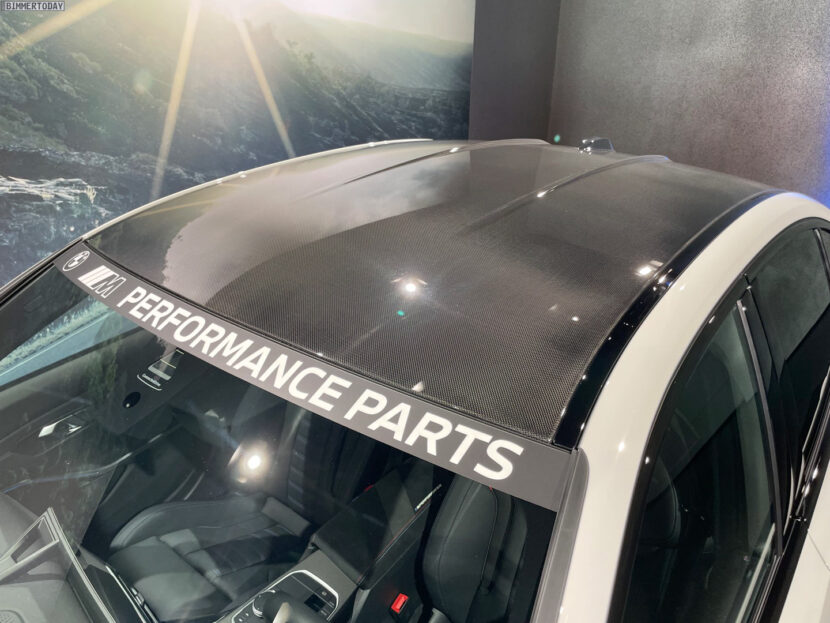 This specific car has the carbon roof equipped, along with countless other M Performance parts. You know that whoever is buying this car wants an M Performance car specifically, because all these add-ons will certainly bring its cost to M3 levels. However, this M340i, all decked out in M Performance gear, will look great and be more comfortable than an M3.

It features all the usual exterior bits, such as carbon fiber aero up front and out back, a carbon fiber grille surround, a carbon rear lip spoiler, new wheels, and some M Performance decals. It also gets that aforementioned carbon fiber roof, which is as cool as it is juvenile. Inside, it gets a partially Alcantara steering wheel, with a red stripe at 12 o’clock, an Alcantara armrest (adorned with an “M Performance” badge), carbon fiber trim, carbon paddles, and even M Performance door lock stems. It’s got the works. 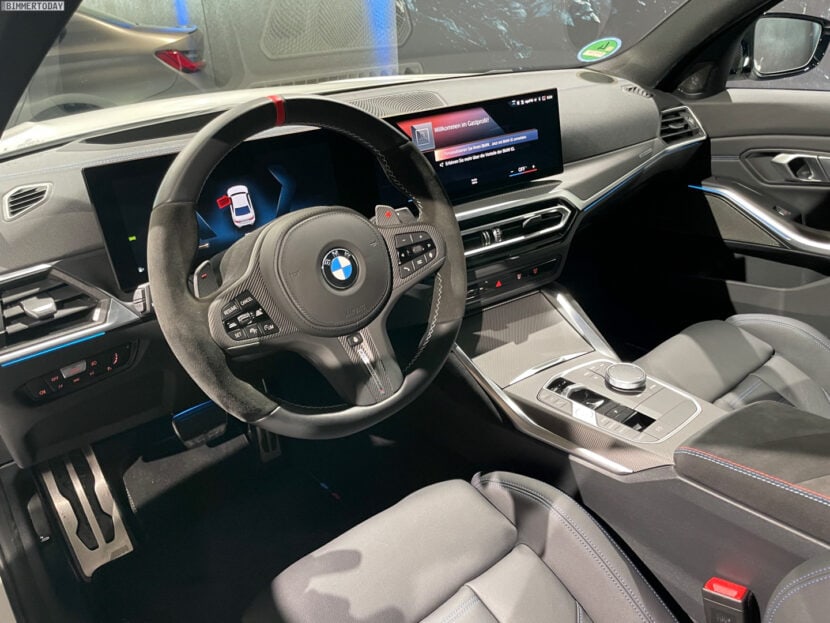 Being an LCI facelift, it has the new headlights and grille, which give the front end a more modern, sportier look. It also gets the new interior bits, such as iDrive 8 and the new digital gauge cluster. While they both look and work better than their predecessors, the all-digital climate controls are a real pain in the ass.

While this car is an extreme example of what the M Performance catalog offers, it does show that you can have the more sensible daily driver and still have it look cool. 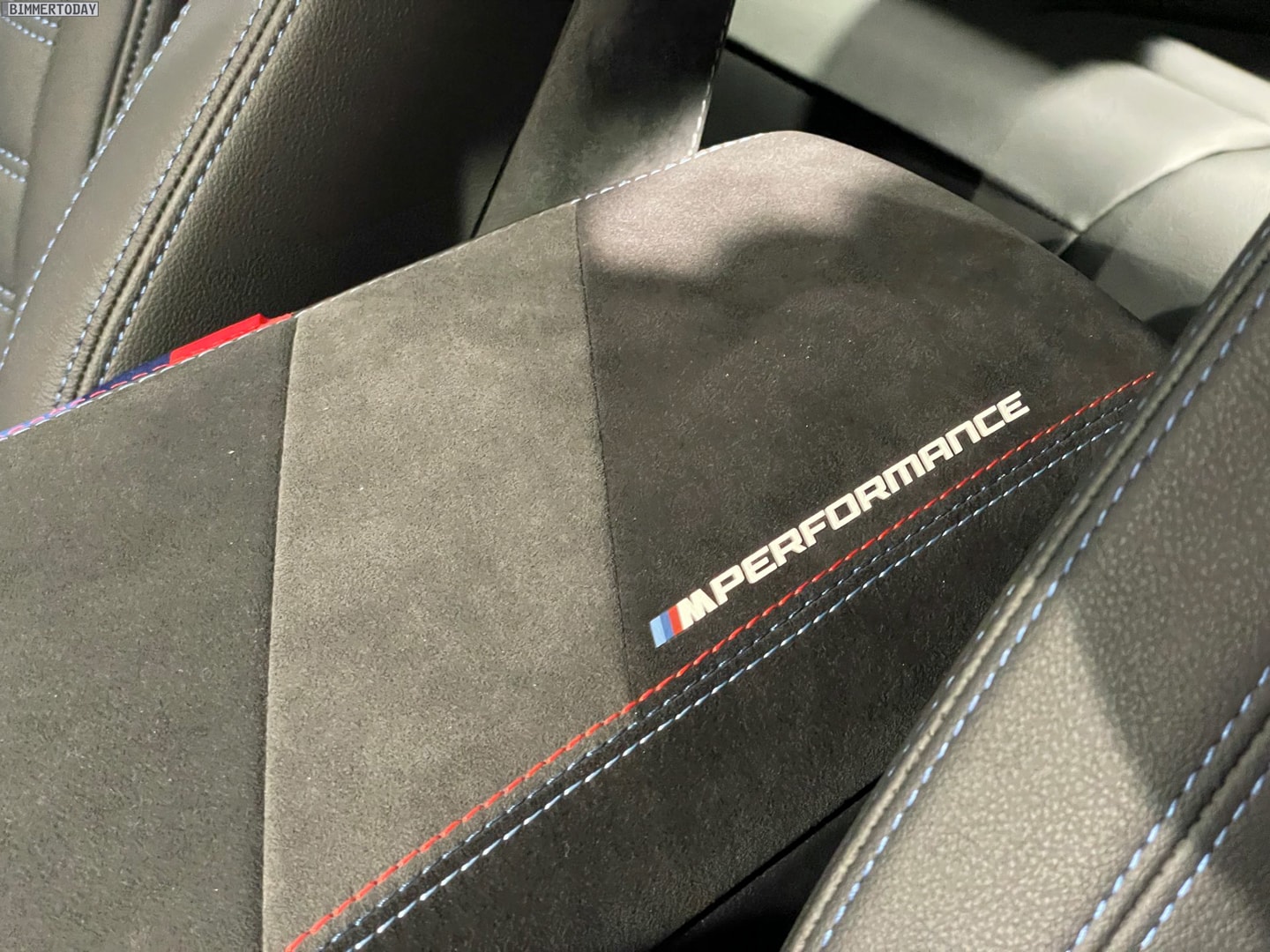 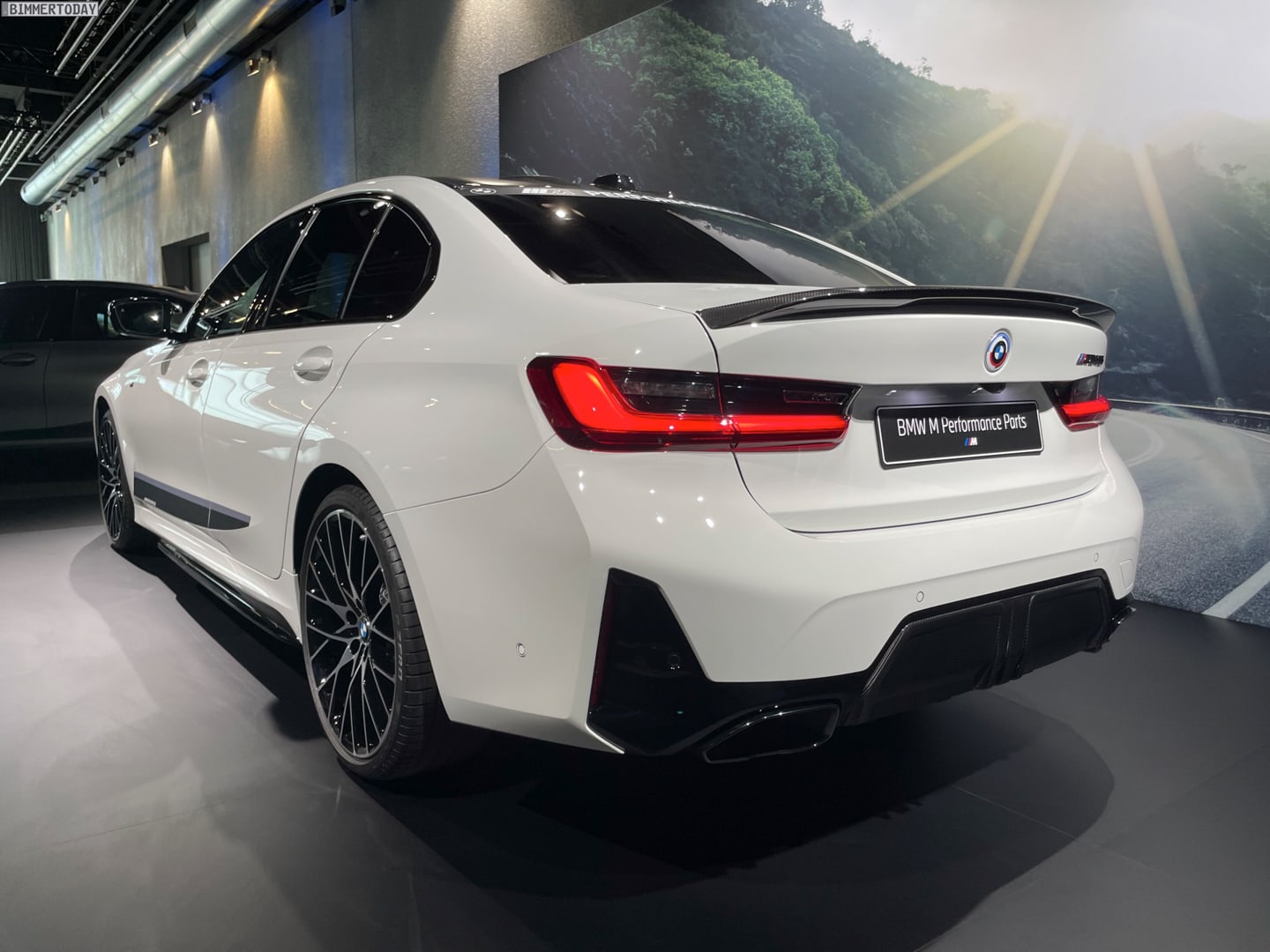 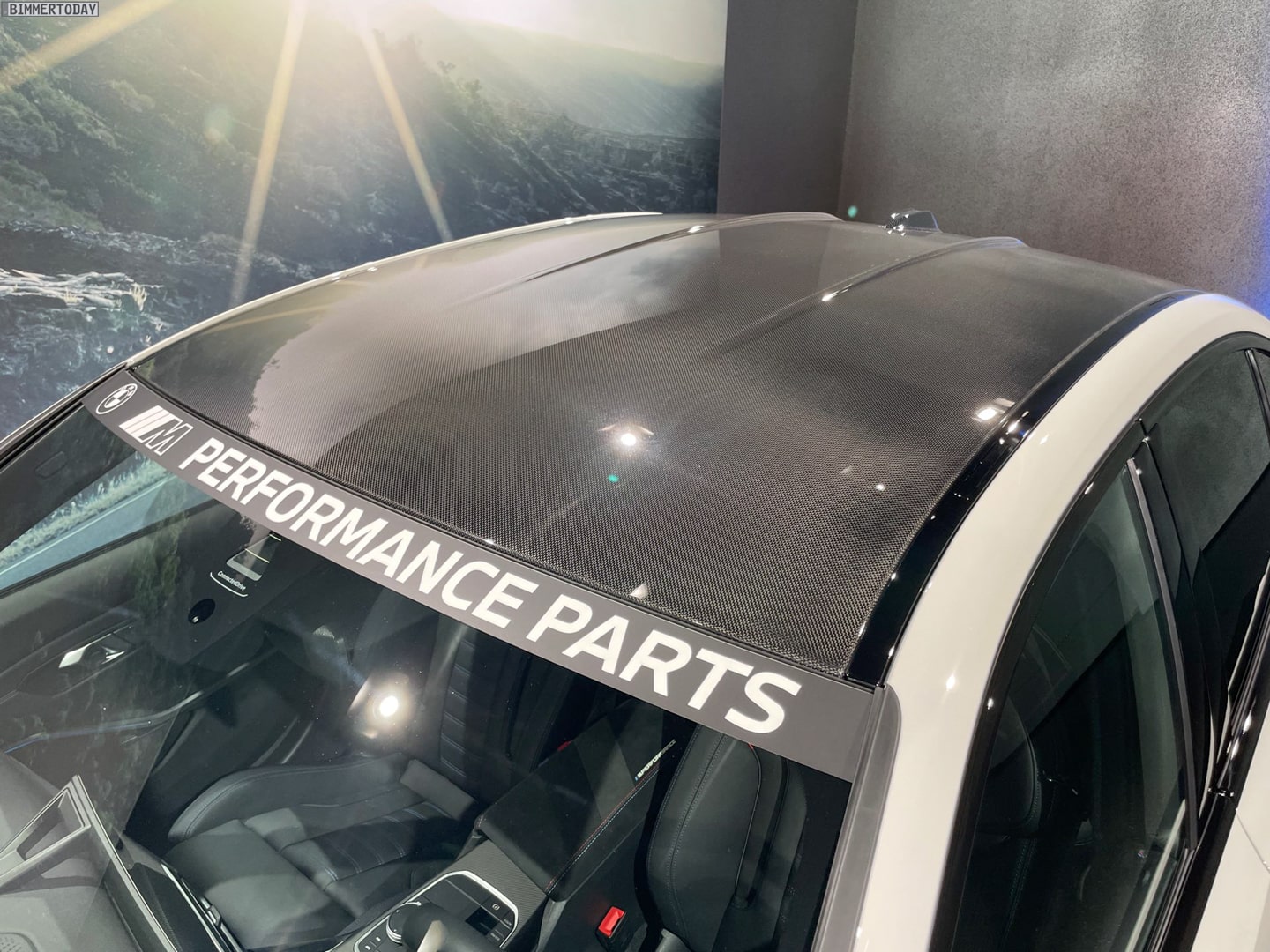