When it comes to all-rounders in the luxury segment, it’s hard to beat the BMW 3 Series Sedan. Well, there’s the Touring with its greater cargo capacity. The G20 and G21 recently underwent a mild rather than wild facelift for the 2023 model year, and here we can see the former in an elegant yet sporty spec. It’s the M Performance version with a Black Sapphire paint and two-tone 19-inch wheels contrasted by red brake calipers.

The 2023 M340i has thankfully kept its 3.0-liter engine despite unfounded reports – which we quickly debunked a while back – claiming there would be no more inline-sixes for the 3 Series LCI. It has the same output as before, but BMW’s engineers have thrown a mild-hybrid system into the mix for slightly better fuel efficiency as well as a smidge more low-end power. 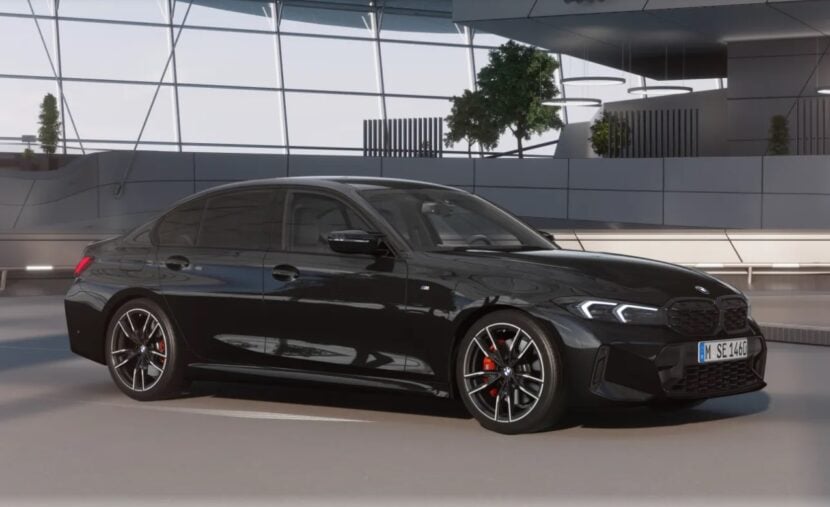 With the Life Cycle Impulse, all versions of the 3 Series (with the exception of the M3) have received sharper-looking headlights. Those with blue accents are the adaptive ones and no longer feature laser technology. These flank a discreetly updated kidney grille featuring slightly wider honeycombs for a sportier look suitable for the M340i and its diesel equivalent, the M340d.

Both front and rear bumpers have been subjected to changes in a bid to spruce up the G20, although some would argue these tweaks weren’t necessary since the 3er wasn’t beginning to look dated. It is believed further styling revisions will be made around mid-2024 to keep the car fresh after BMW has taken the decision to extend the life cycle by two years, until early 2027.

By far the most notable change brought by the LCI is inside where the dashboard has been simplified. Gone are the traditional controls for the climate settings as these have been incorporated into the touchscreen. The iDrive 8 has a larger 14.9-inch display and is joined by a 12.3-inch fully digital instrument cluster. Both are housed within a piece of curved glass like we’ve seen on fancier BMWs such as the 7 Series, X7 LCI, and the iX.

Although it has the new infotainment for 2023, the M3 has not been subjected to styling revisions. Reports state the performance sedan will also get a nip and tuck in the future, along with the M4.