From top to bottom, BMW gave the 3 Series lineup a somewhat mild Life Cycle Impulse bringing minor styling changes and the new iDrive 8 infotainment system. Although the 2023 M3 Sedan doesn’t have the revised LED headlights, it does now come with the side-by-side screen setup that has swallowed the conventional climate controls. It’s the same story with the newly released M3 Touring.

What about the M340i/M340d? The M Performance version gets the sharper-looking headlights and the latest technology, plus a feature that was previously reserved for the fully fledged M3. We’re talking about the carbon fiber roof, which is now an optional goodie on the sedan. You can’t have it on the Touring, although that’s hardly a surprise since the M3 wagon also lacks this extra. 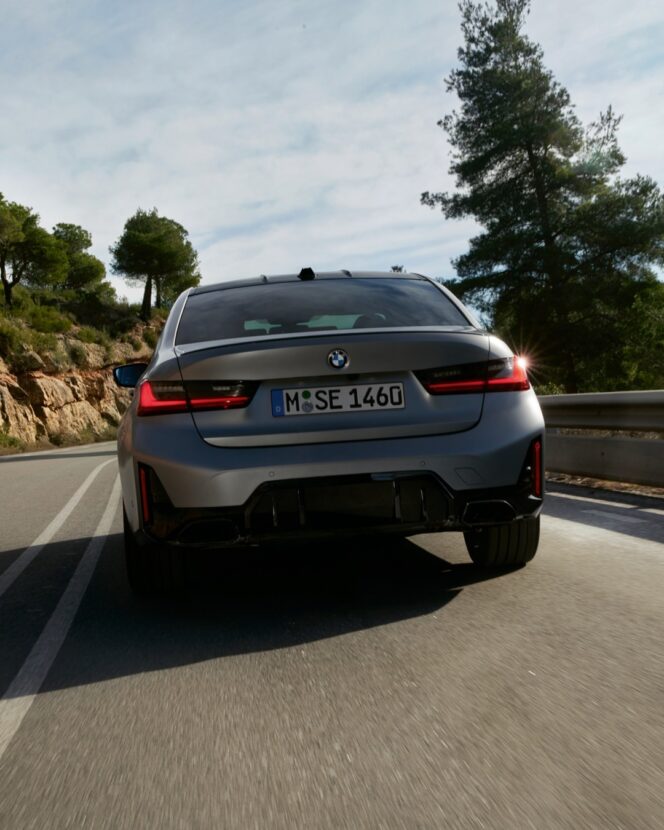 Wearing the 50 years of M badges, the M340i xDrive seen here appears to be painted in an Individual Frozen Pure Grey II shade. A closer look at the trunk lid shows a chrome finish for the model’s name, which is a change made with the LCI since the previous version had the “M340i” in Cerium Gray. The red brake calipers provide a contrasting effect and contribute to a nice spec.

Beyond the discreet styling changes, iDrive 8, and the carbon roof, the M340i also gets mild-hybrid technology providing a temporary 11 horsepower boost. The inline-six 3.0-liter unit still generates 374 horsepower and 500 Newton-meters (369 pound-feet) of torque. As for performance, the sedan will do 0 to 62 mph (100 km/h) in 4.4 seconds while the wagon is going to need an extra two-tenths of a second due to its slightly higher curb weight. Both are electronically capped at 155 mph (250 km/h).

There’s more to come on the 3 Series front since next year will bring a limited-run M3 CS special edition. BMW is reportedly planning some engine and design tweaks in 2024 to keep the G20 fresh and competitive following a yet-to-be-confirmed decision to extend its life cycle until 2027.