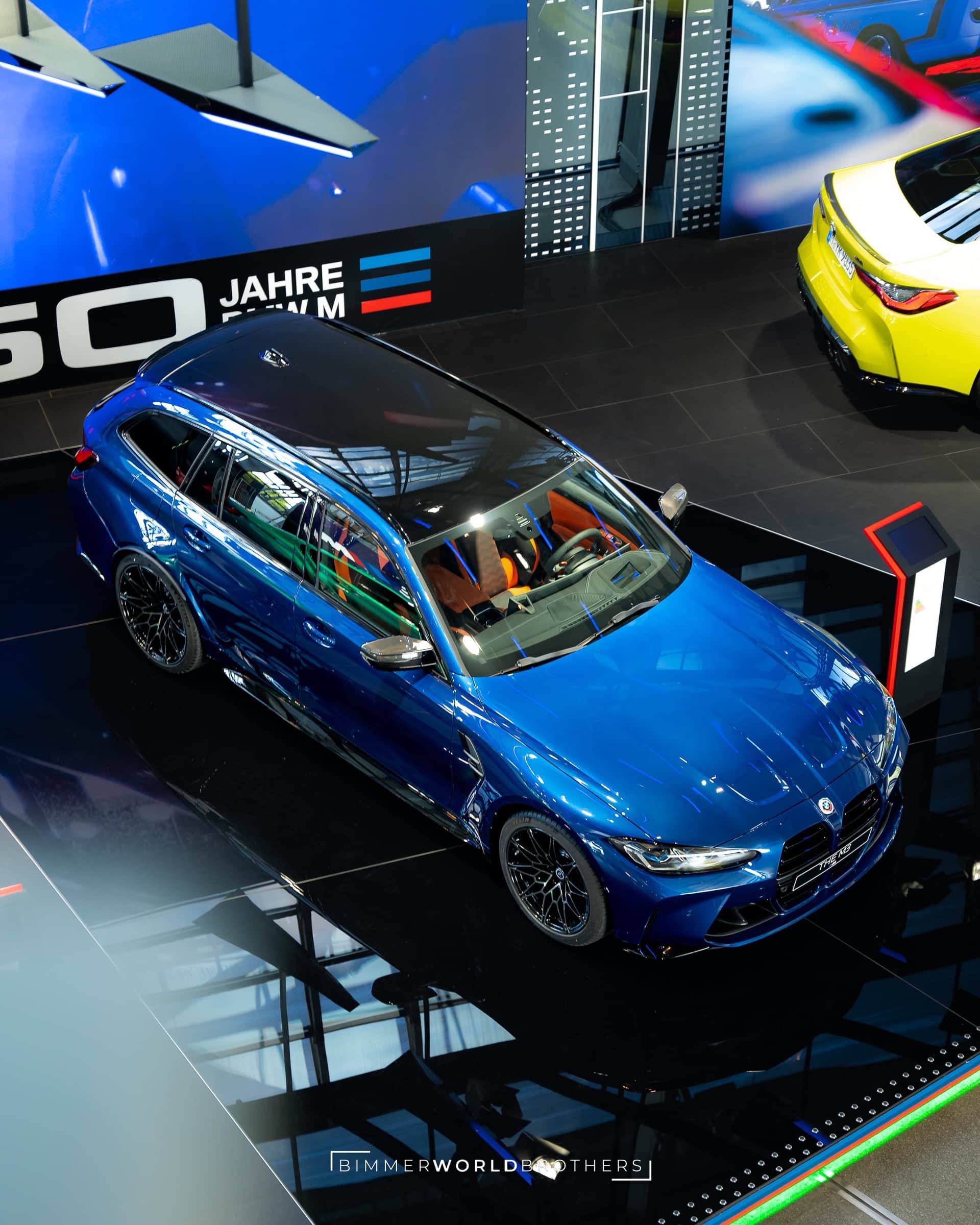 One of the more special shades in the BMW Individual palette is Le Mans Blue, an iconic BMW color. Identifiable via code 381, Le Mans Blue is placed between Avus Blue (code 276) and Estoril Blue (code B45) in terms of shade intensity and deepness. It is brighter than Tanzanite Blue II metallic (code C3Z), yet it feels more sober and appears darker than Long Beach Blue (code C16).

Furthermore, the color owes its origin to the 24-Hour Le Mans race where BMW has been a common contender, winning the title in 1999. Other BMW colors with track names include Dakar Yellow, Melbourne Red, Silverstone, Laguna Seca Blue, Estoril Blue, Imola Red, Valencia Orange, and much more.

So as soon as Le Mans Blue popped up on the new BMW M3 Touring, we decided to take a closer look. The G81 M3 Touring now sits on the floors at the BMW Welt. And while it doesn’t have the M Performance Parts of the Frozen Black car from Goodwood, it does have the vintage Motorsport emblem. The retro roundel is offered throughout 2022 on all M Sport and M cars as another way to mark 50 years of M.

Taking a look inside the cabin, this G81 BMW M3 Touring is equipped with the optional carbon bucket front seats and the full Merino leather in Kyalami Orange with black accents. As for the wheels, those are the 825 M design in matte Orbit Gray measuring 19 inches at the front and 20 inches at the rear like all the other alloys options available for the model. Much like the 2023 M3 Sedan, its long-roof counterpart gets the Operating System 8, but not the revised headlights introduced for the lesser 3 Series models.

BMW will begin to take customer orders in October before starting production a month later at the same factory in Munich, but unfortunately, the future classic will not come to the United States. [Photos by instagram.com/bimmerworldbrothers] 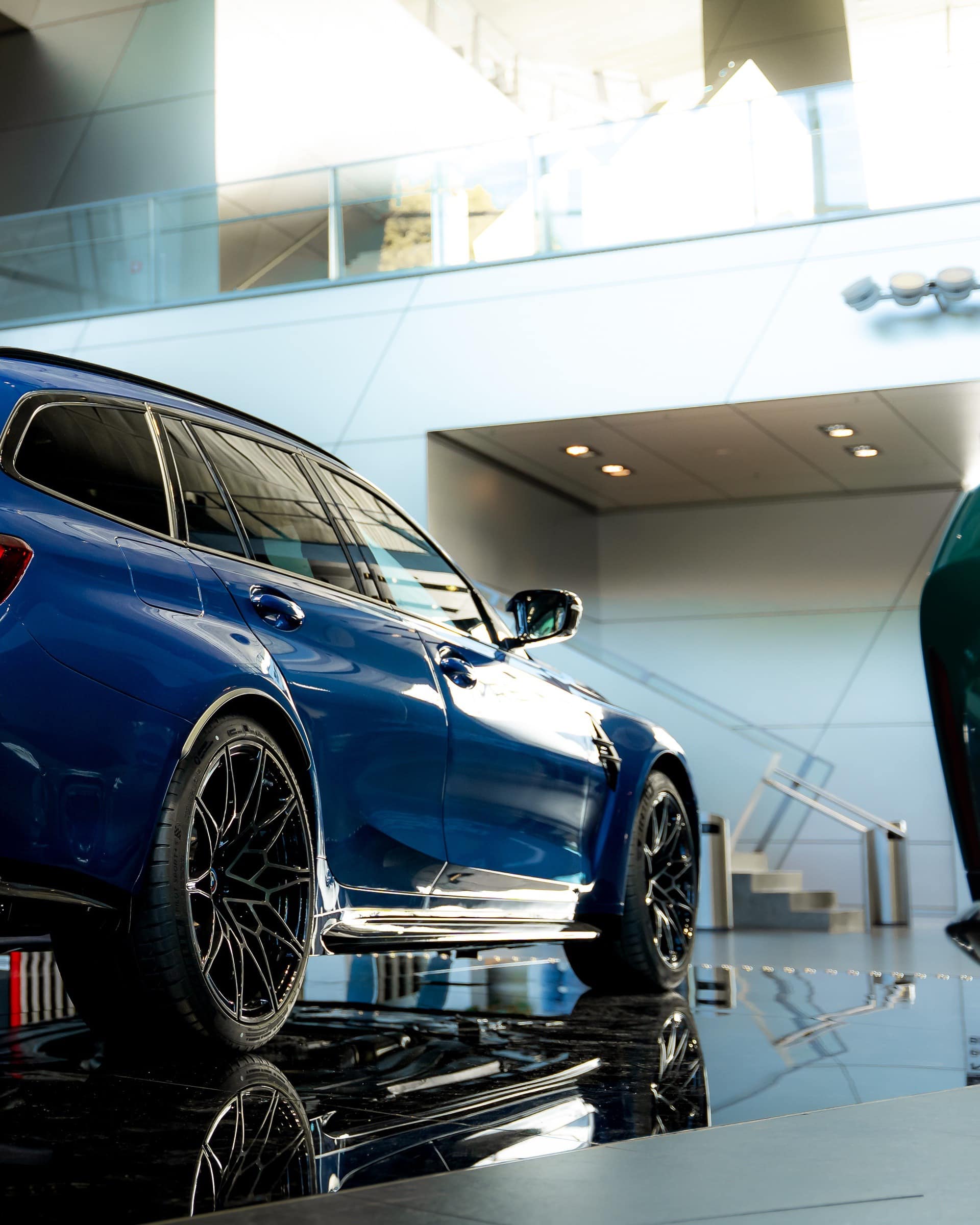 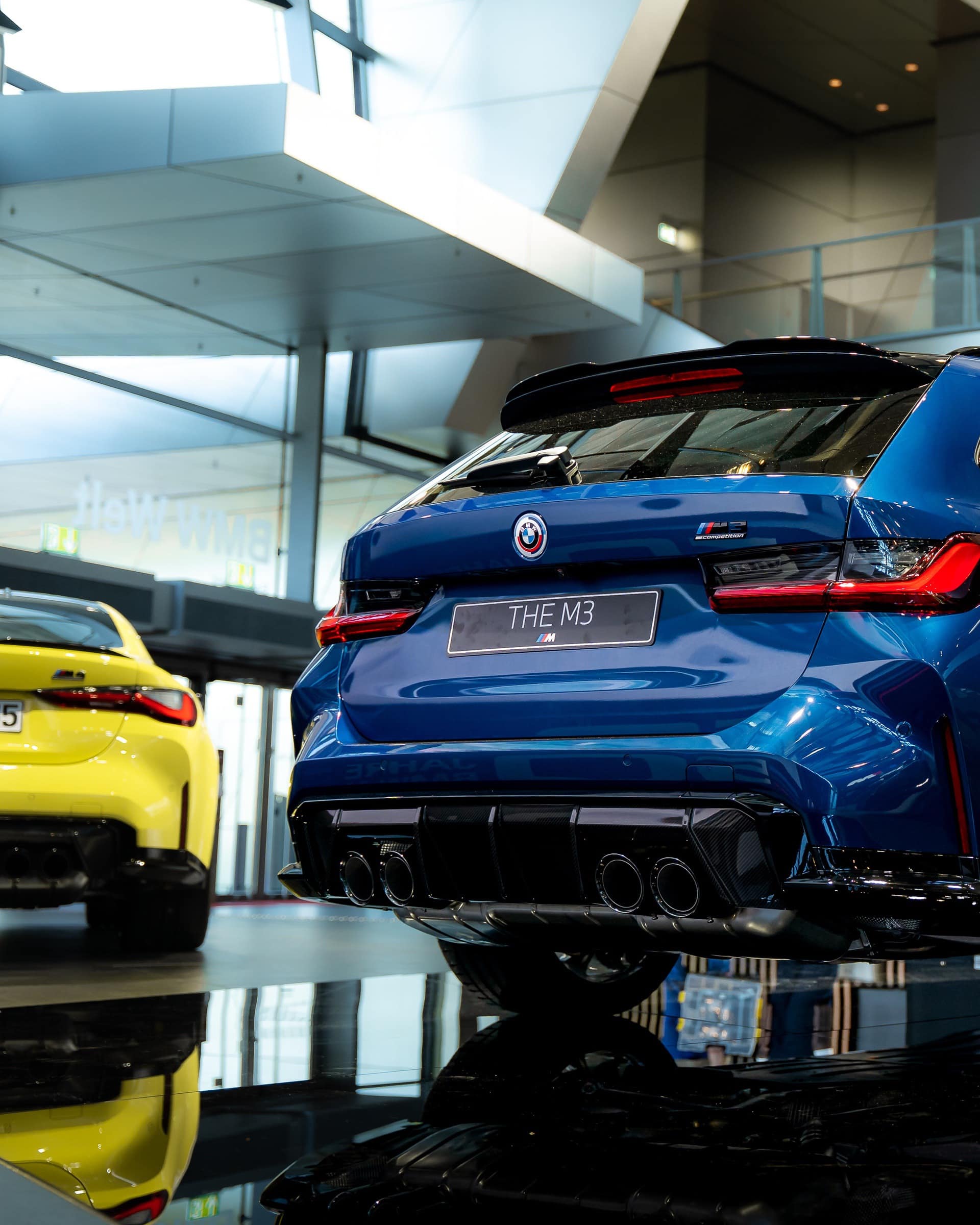 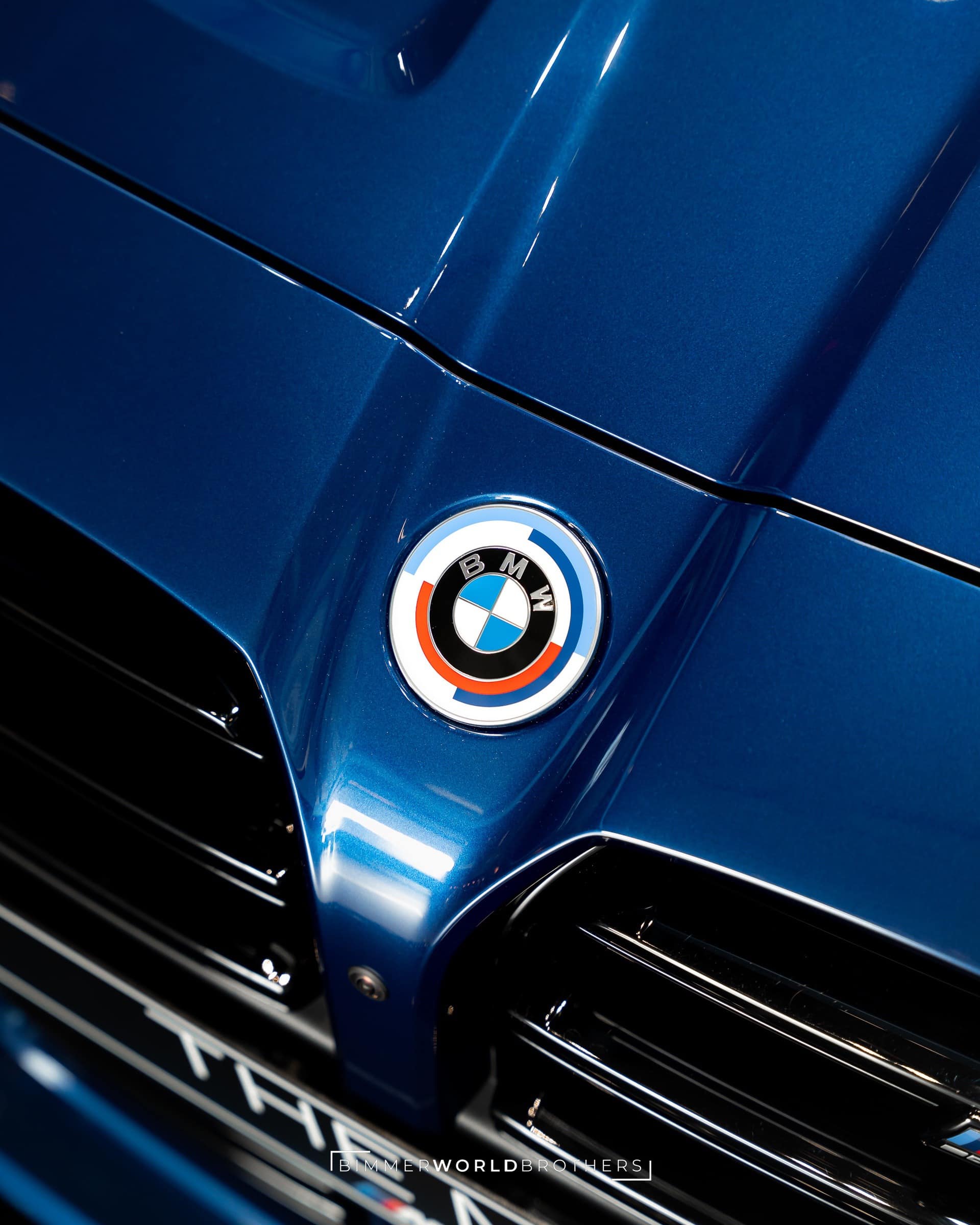 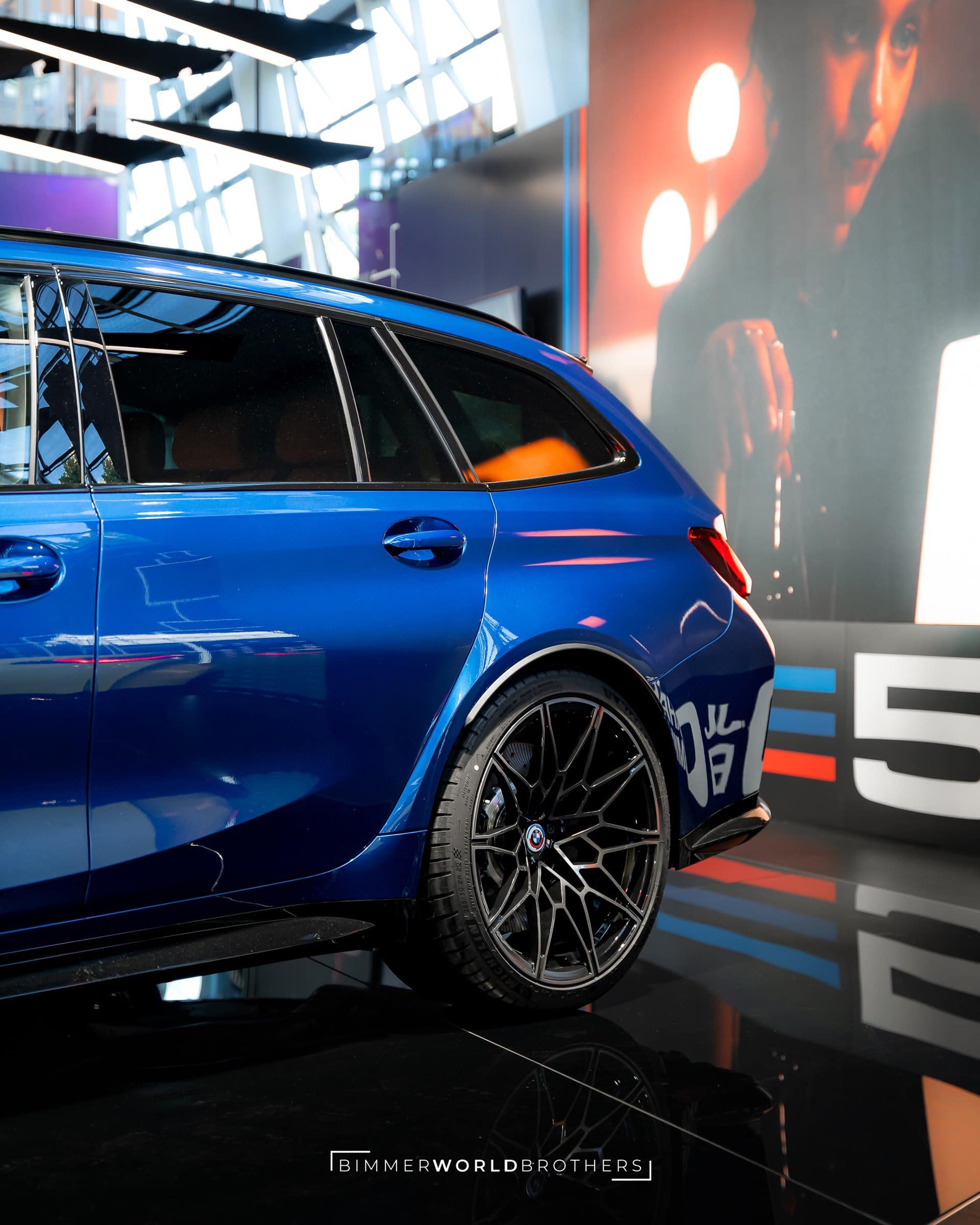 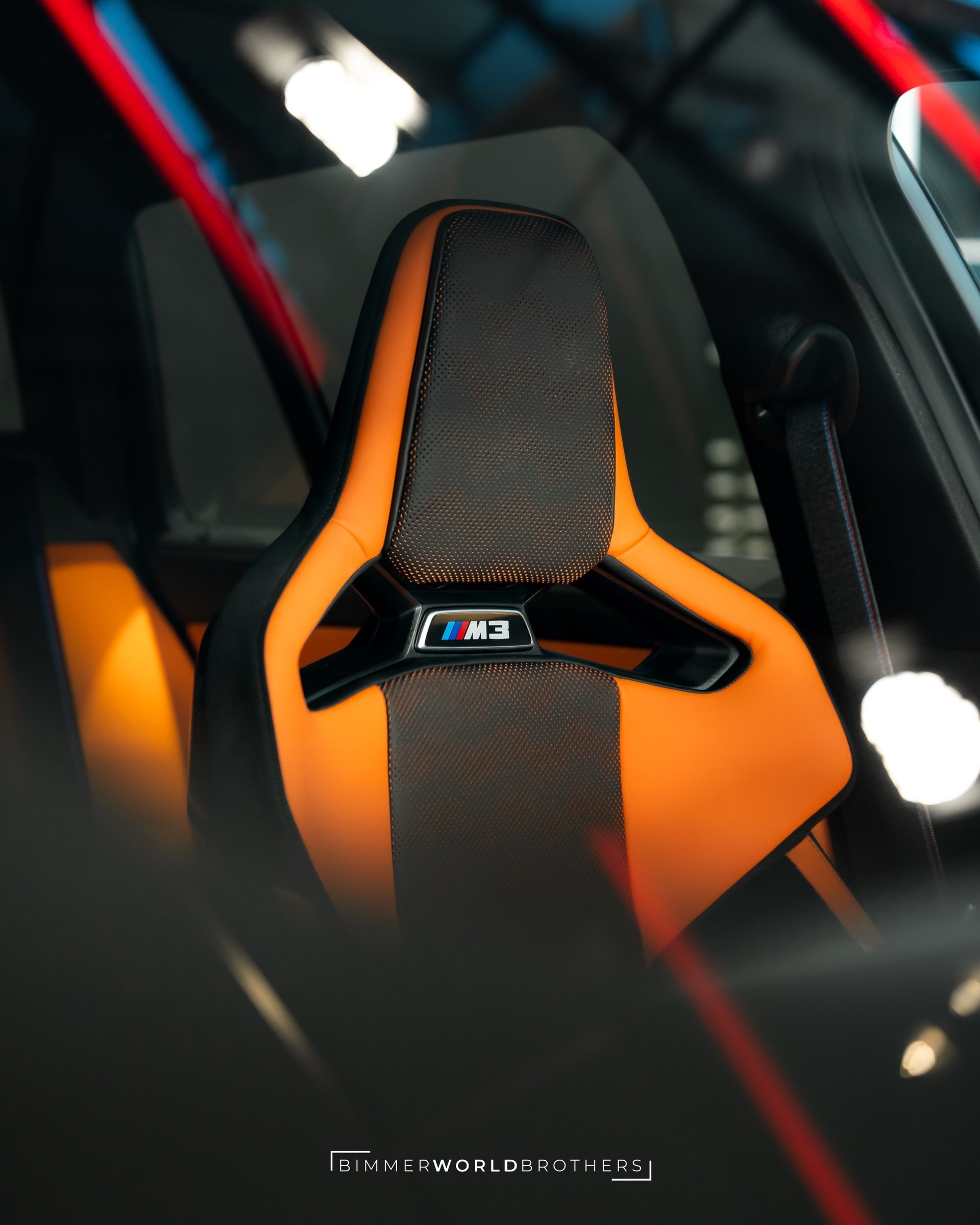 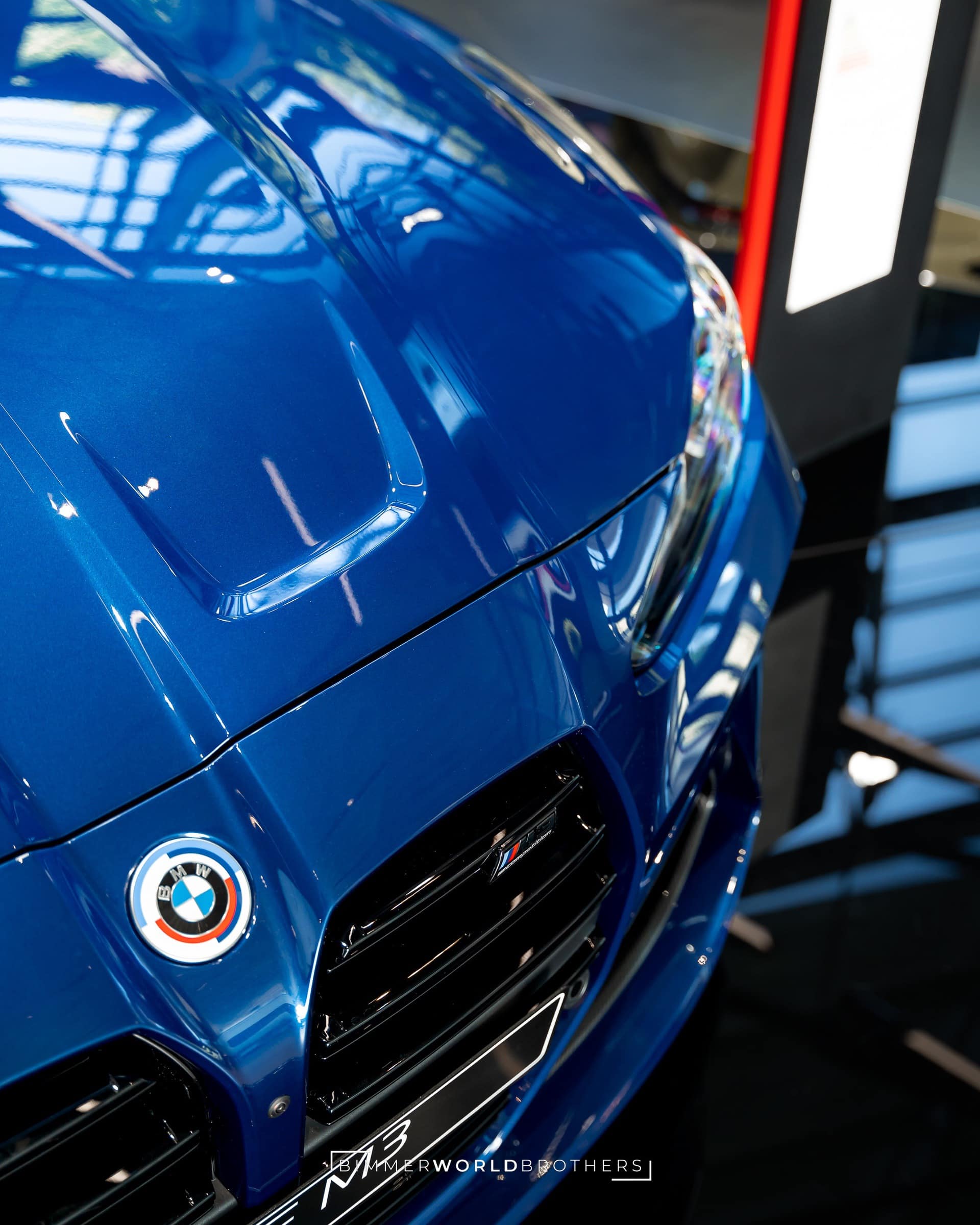 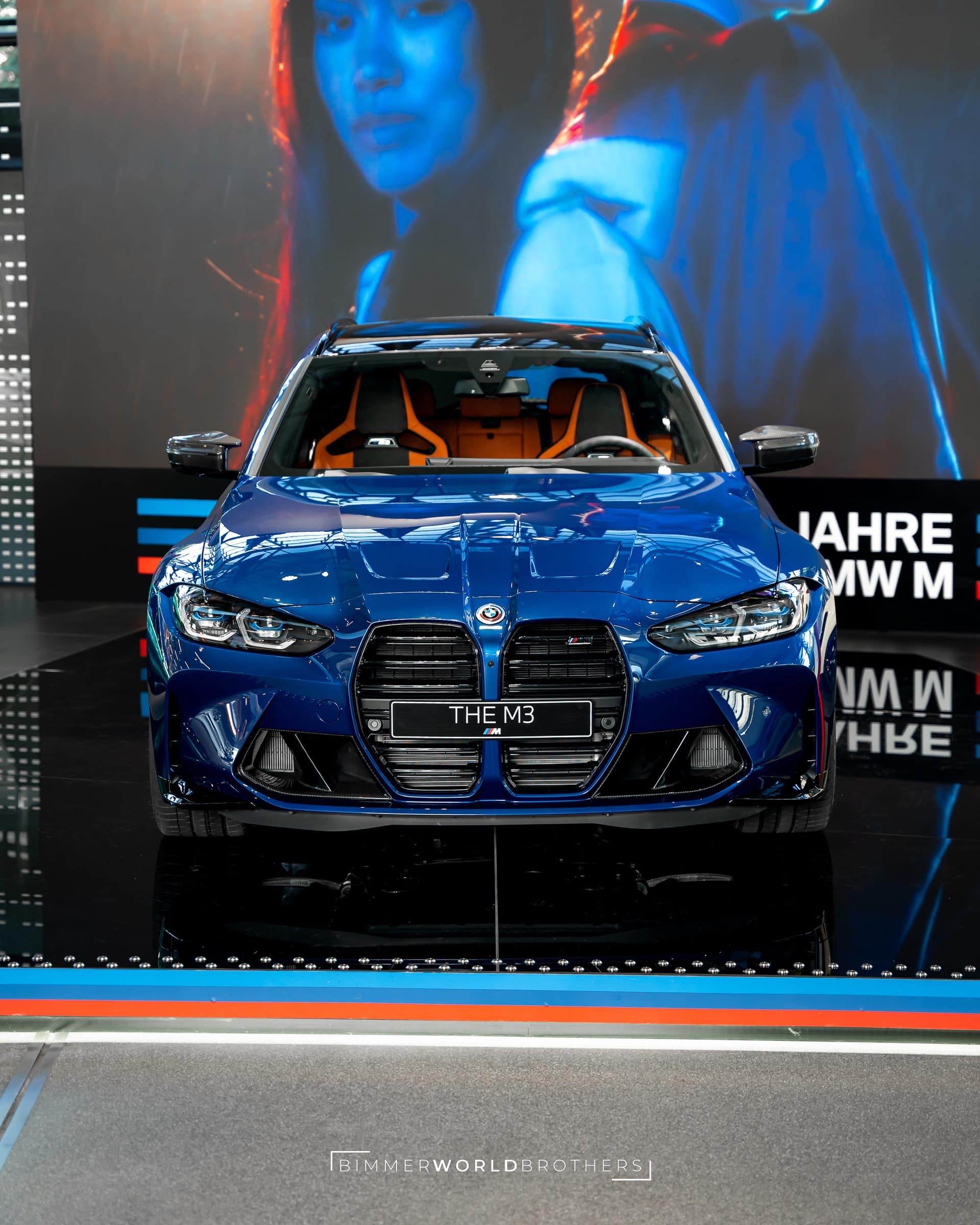 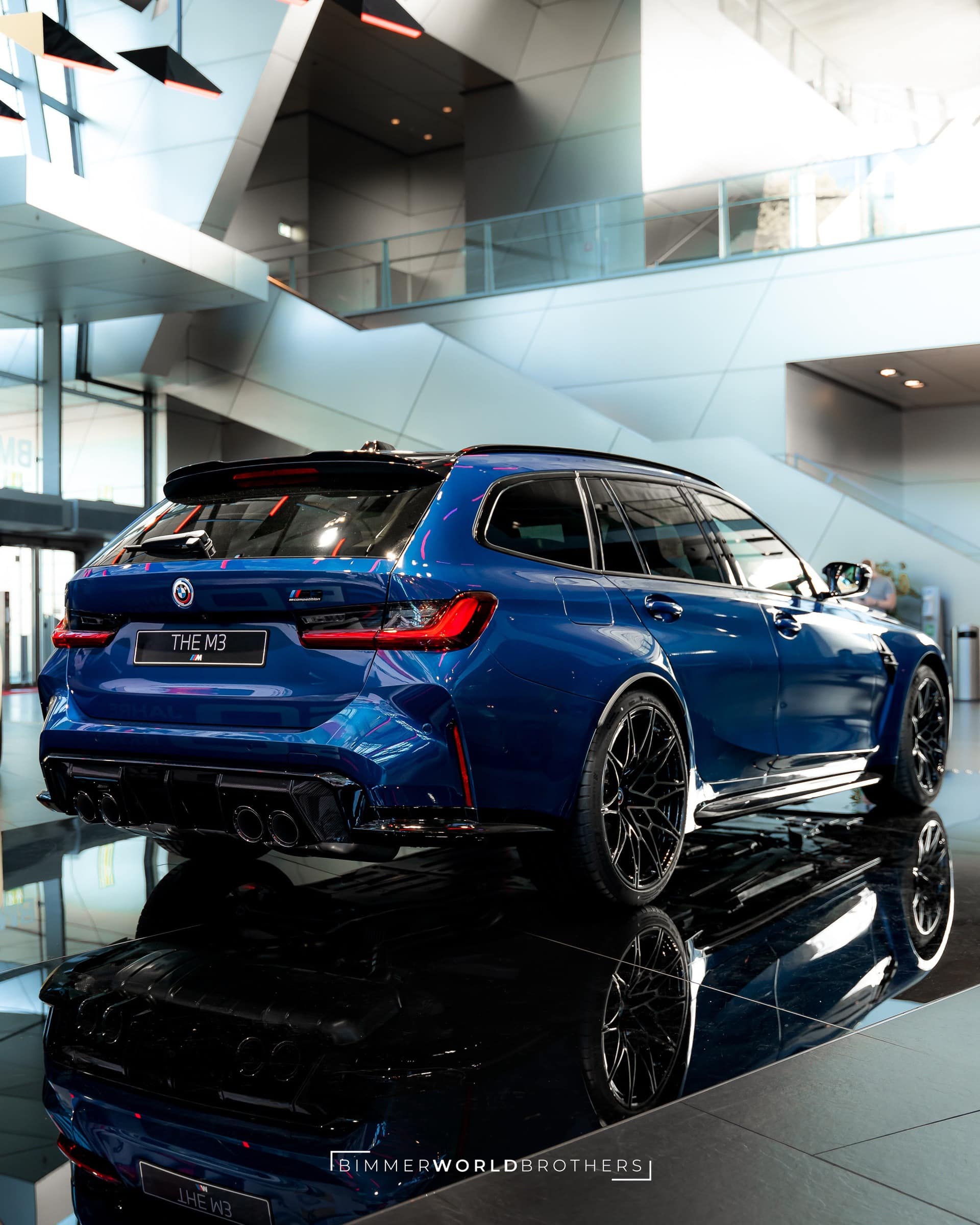 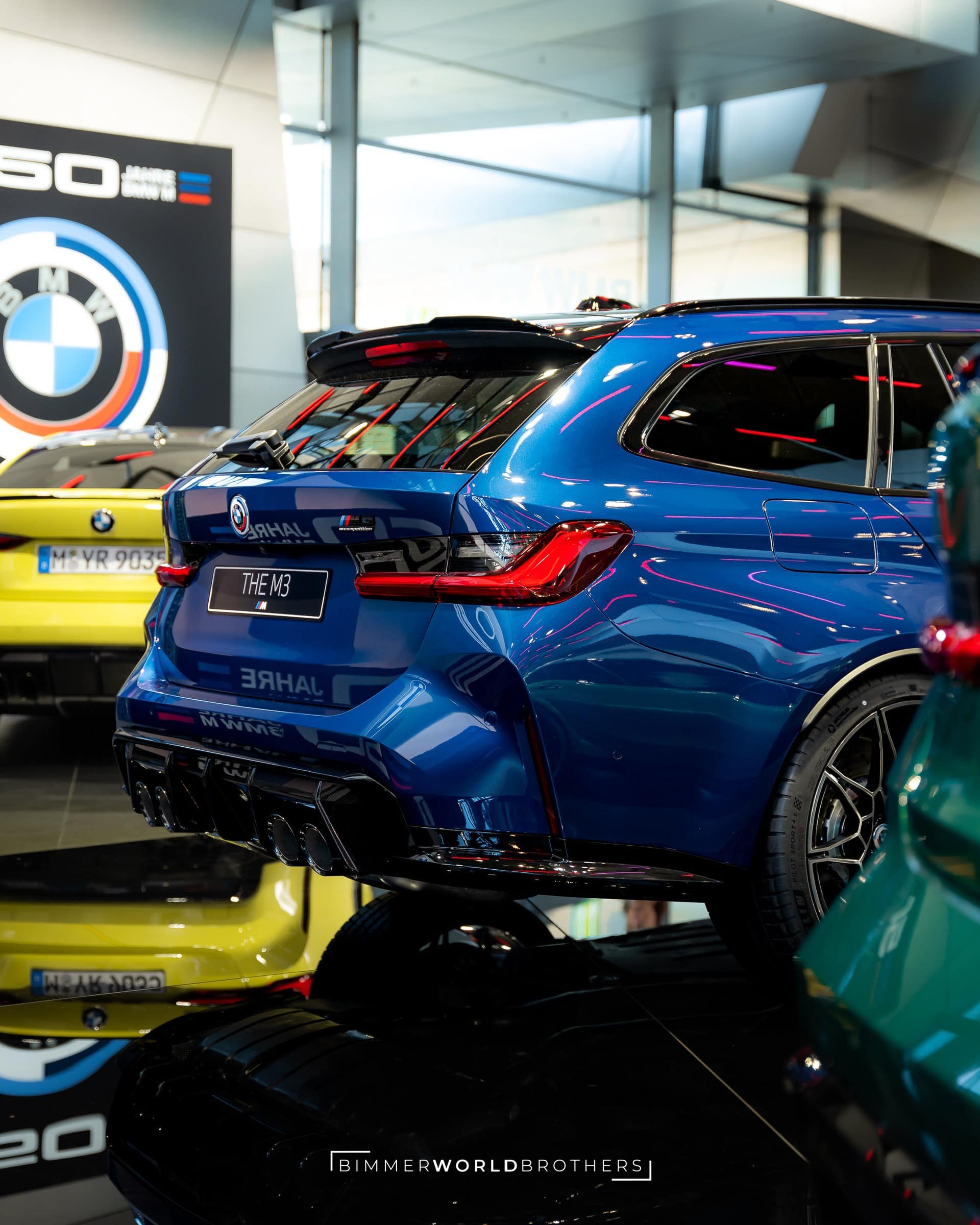